From the masterpiece Xenogears, which celebrates its 20th anniversary in 2018, comes the long-awaited figure version of “Weltall,” the protagonist Fei’s Gear!

To achieve Weltall’s sharp armor molding a majority of the body was constructed out of a rigid ABS with no loss of mobility and with the addition of die-cast ankle joints for additional support, Weltall can reenact some key poses from the game with no assistance! Additionally, utilizing the different hand parts included makes it possible to recreate the martial arts fighting style preferred by Fei.

To help portray the Gear as realistically as possible, the figure incorporates a metallic color palette in conjunction with a matte effect. In contrast, the eyes feature a bright metallic color, reflecting the fierceness of Weltall’s gaze. The figure recreates the heroic presence that Weltall personifies in the game! 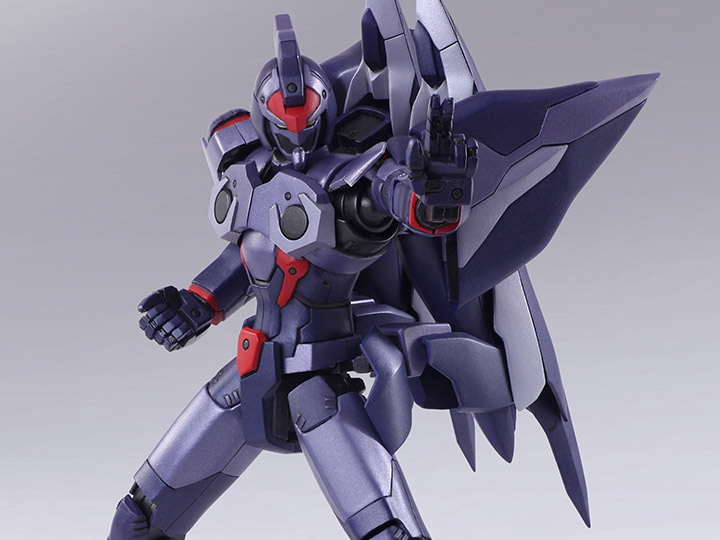 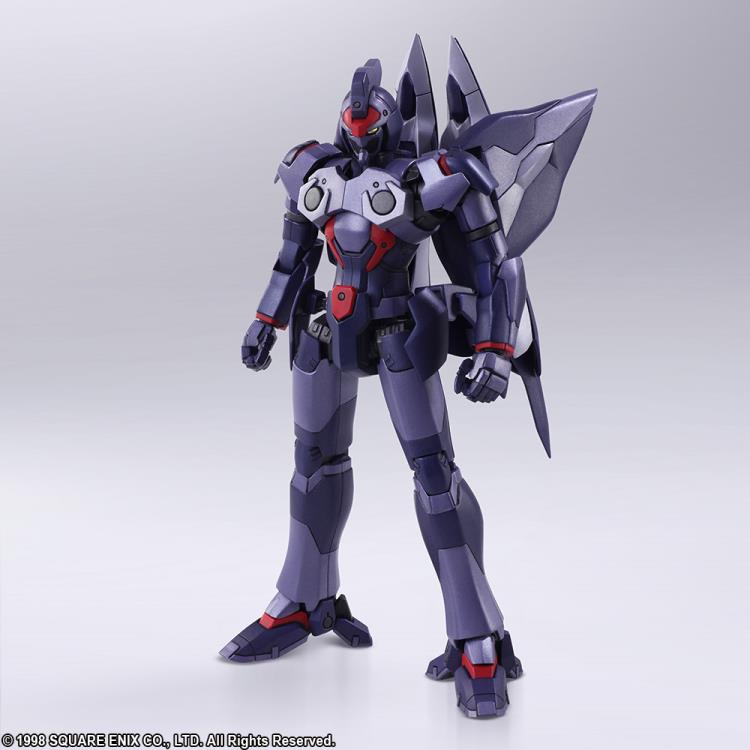 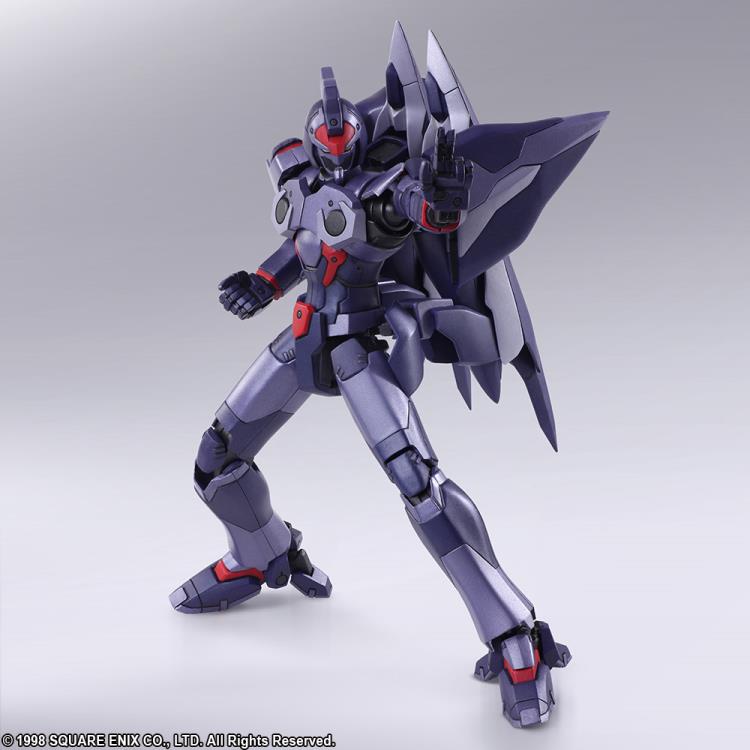 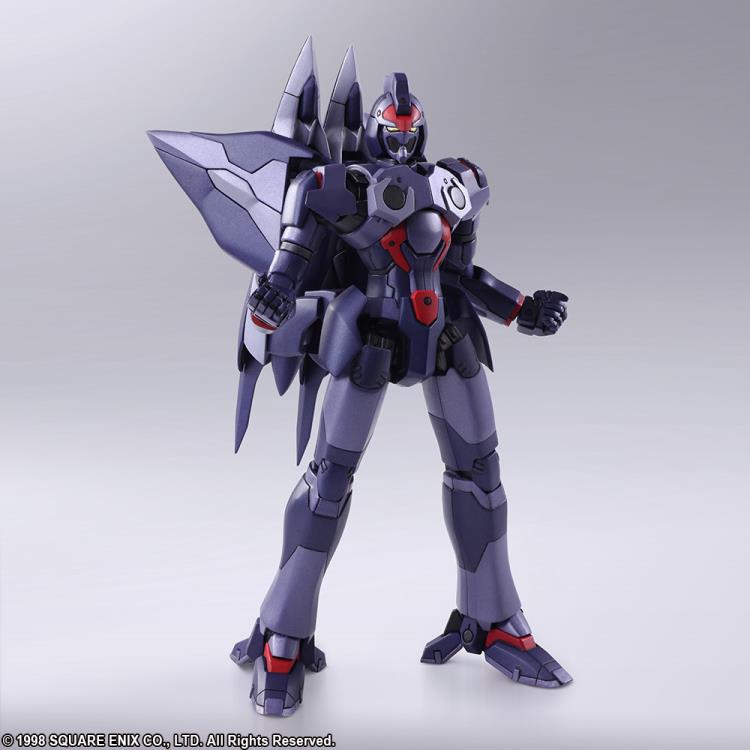 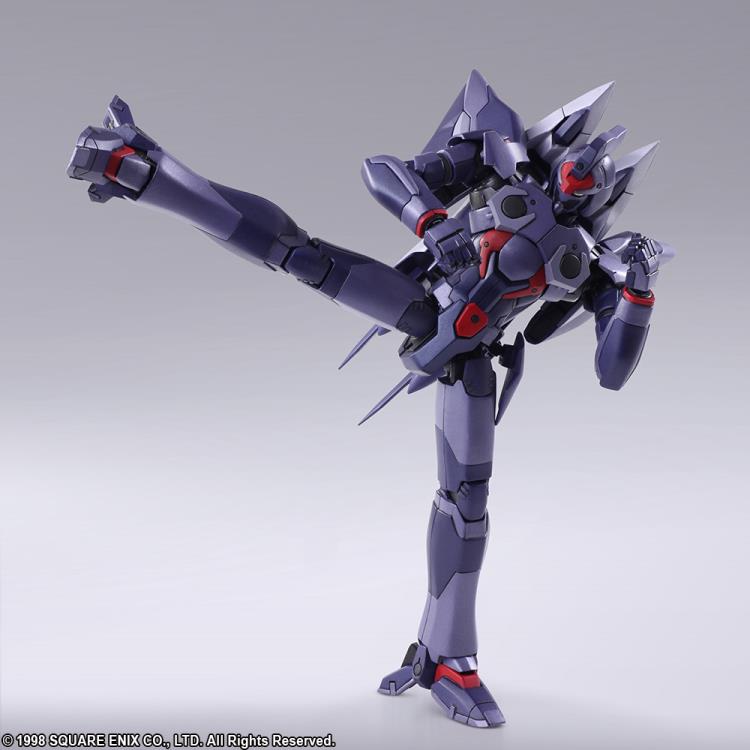 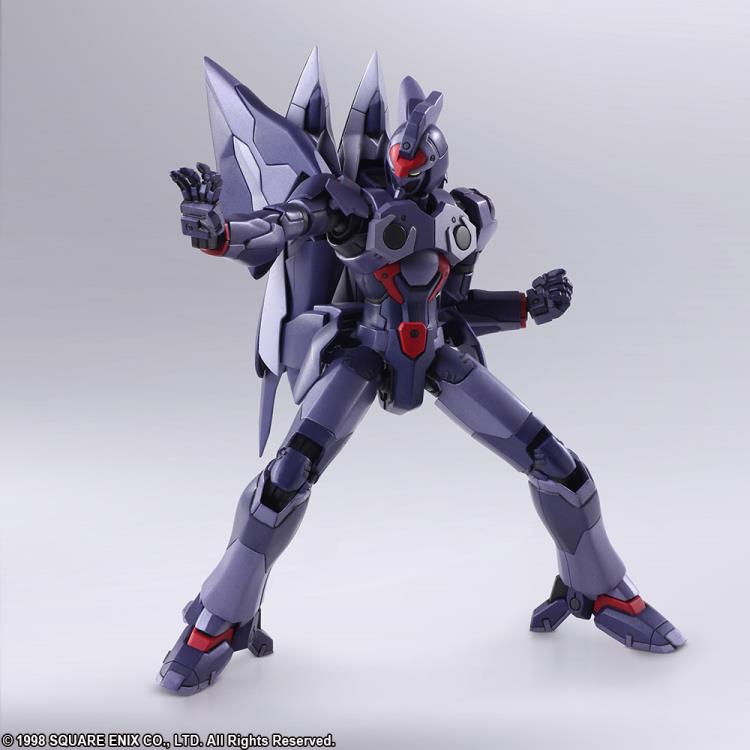 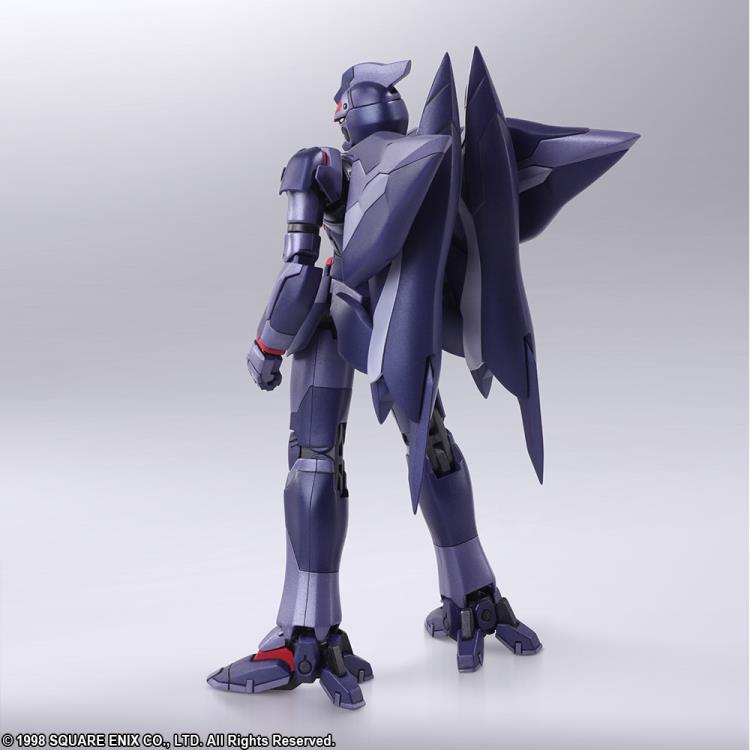 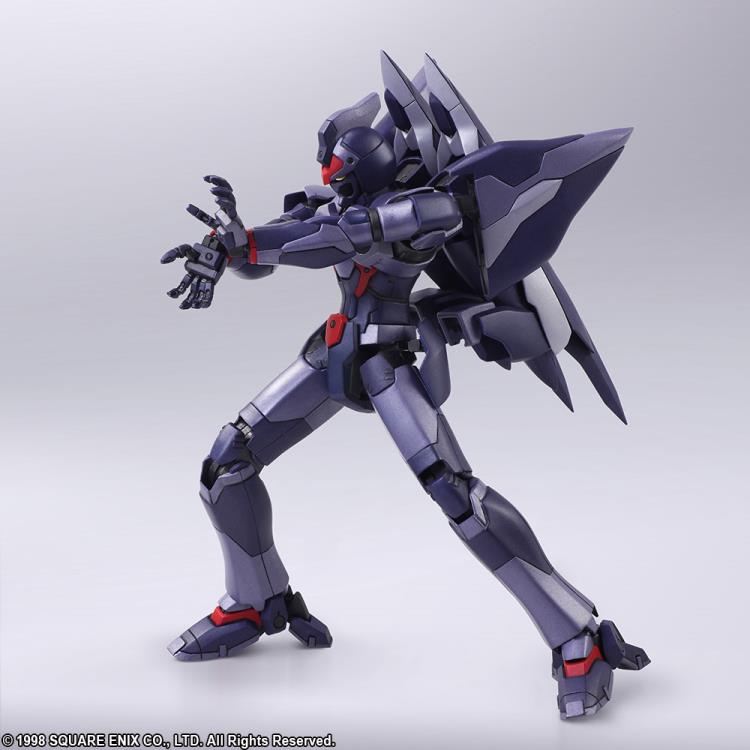 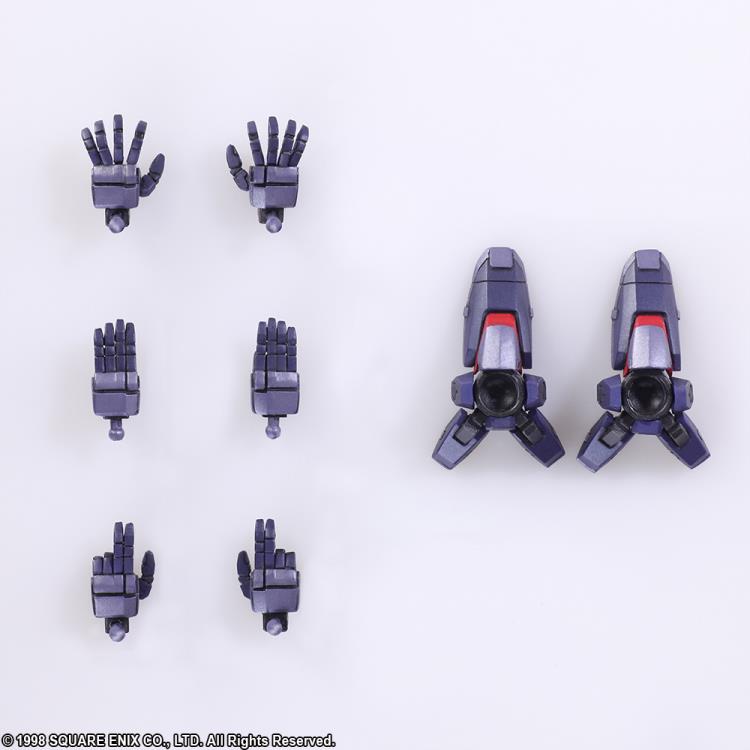 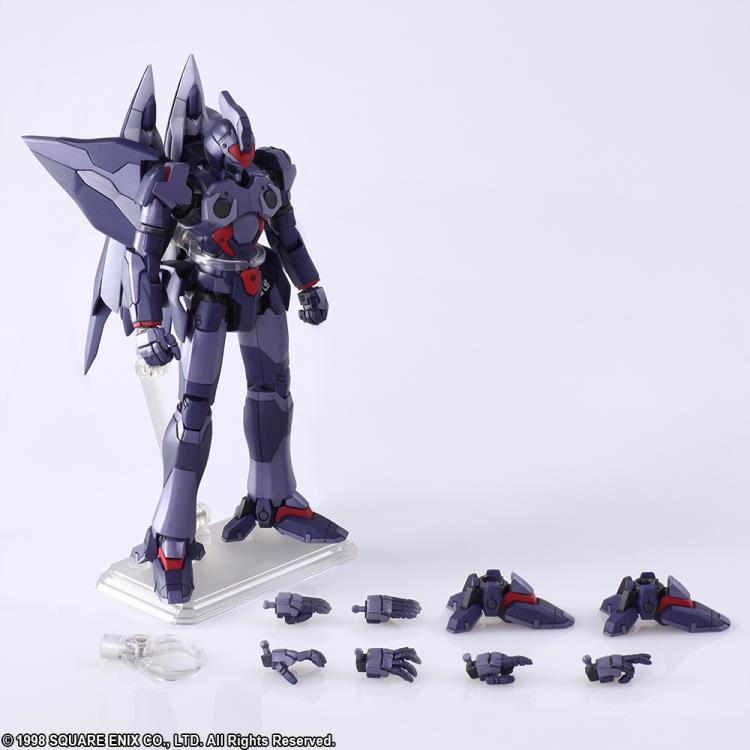