Developed and manufactured in partnership with Tweeterhead, Sideshow is proud to present the newest magical addition to the Masters of the Universe collection, the Orko Statue!

Measuring 14.5” tall, the resin Orko Statue captures the Trollan hero in a moment of successful spellcasting. With an ornate wand in hand, Orko levitates as a plume of magic billows from his base inspired by the halls of Castle Grayskull.

Known as Orko the Great on his homeworld, the Trollan has been given a stylish aesthetic update featuring intricately detailed armor bearing his iconic “O” symbol.  Orko is wearing his iconic red robes, sculpted to show fluttering movement as he hovers. A pointed hat and purple scarf conceal his face as is customary of the secretive Trollans, and decorative rings and magic pouches complete the spellcaster’s signature look

The Orko Statue stands in scale with the other statues in the Masters of the Universe collection.  Pair Orko with the He-Man Statue and give Prince Adam a powerful ally in your MOTU display

The Exclusive edition of the Orko Statue features an exclusive swap-out hand holding an open spellbook, the pages of which include some Masters of the Universe Easter eggs for the most eagle-eyed spellcasters. 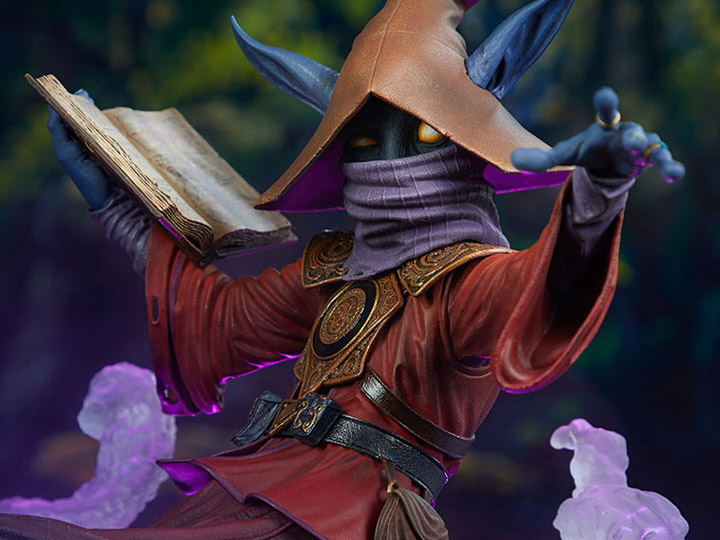 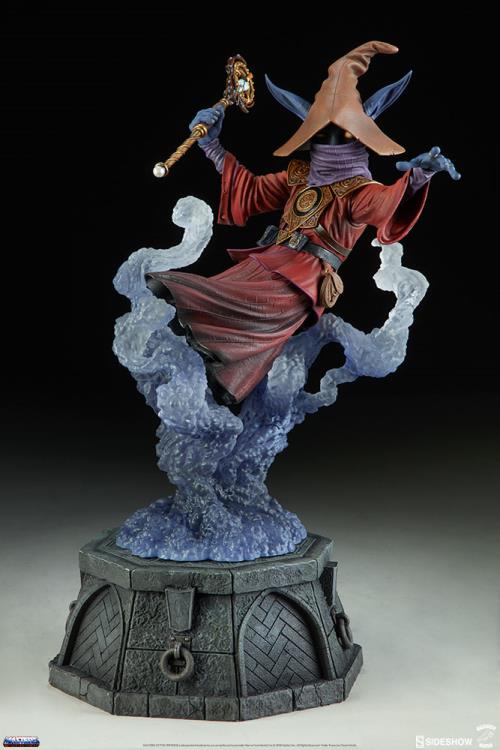 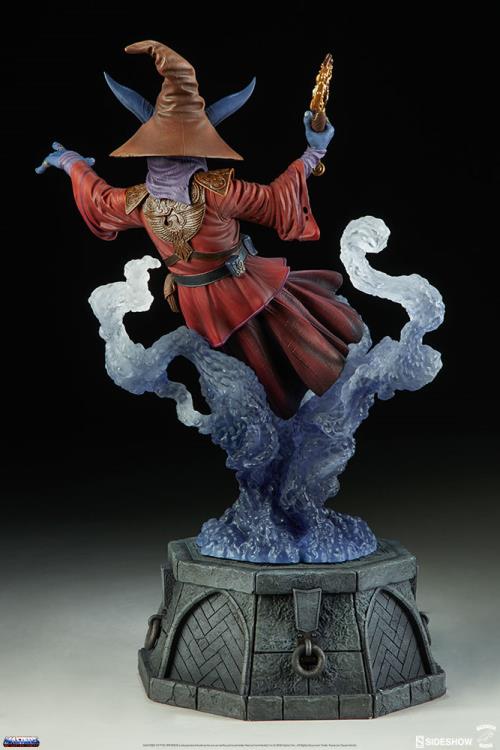 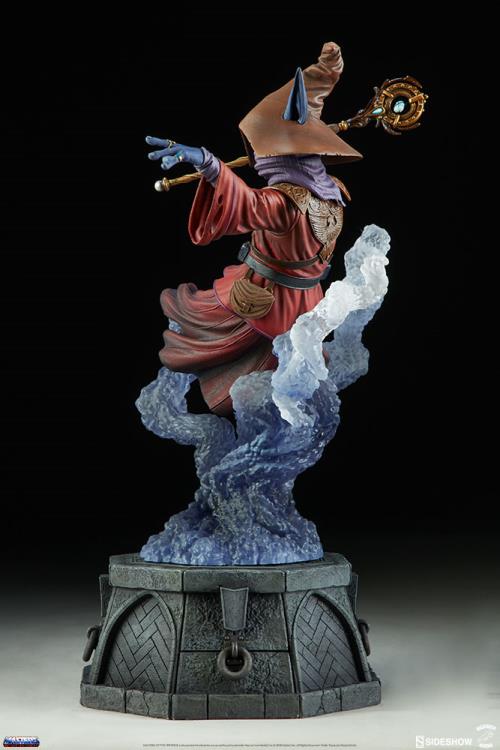 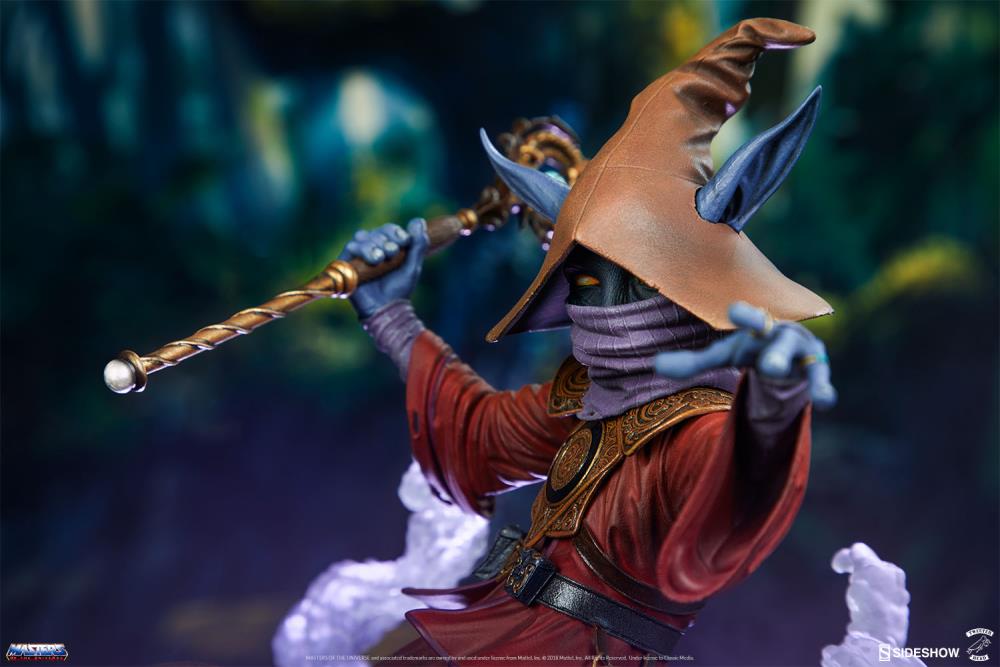 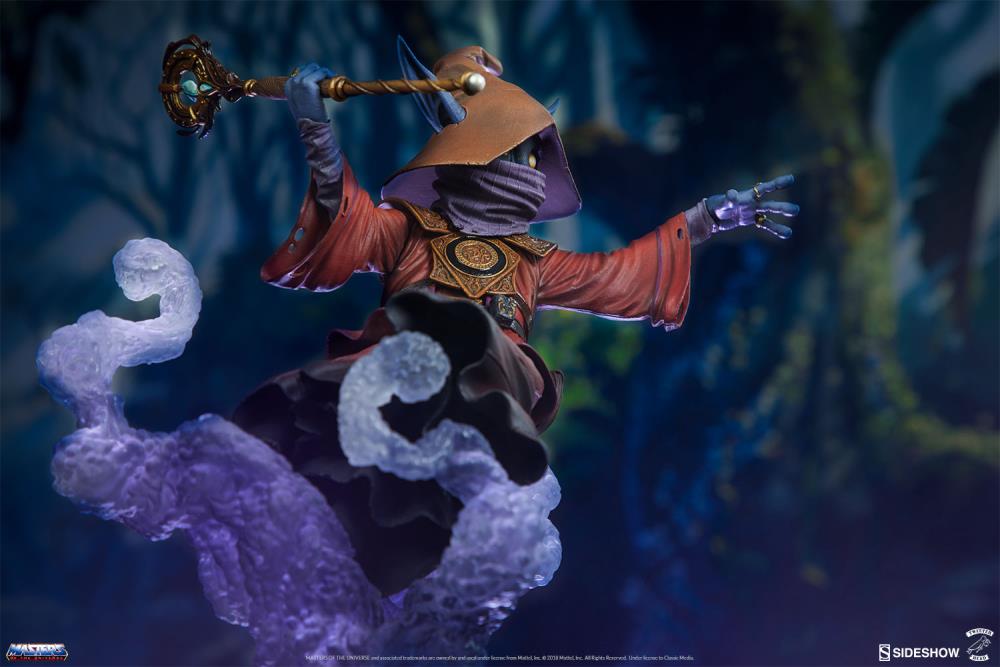 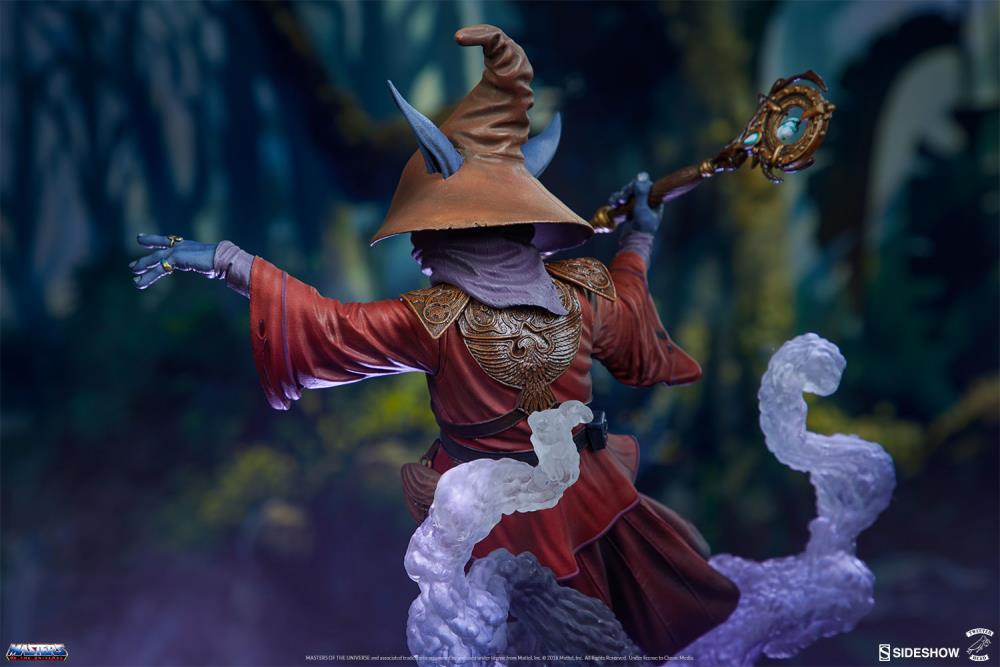 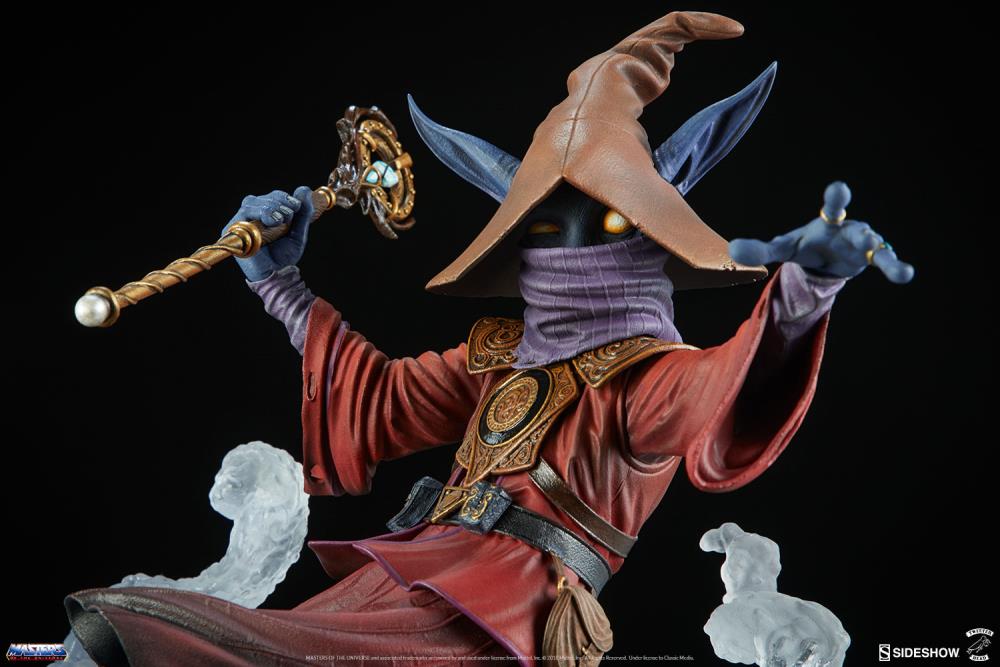 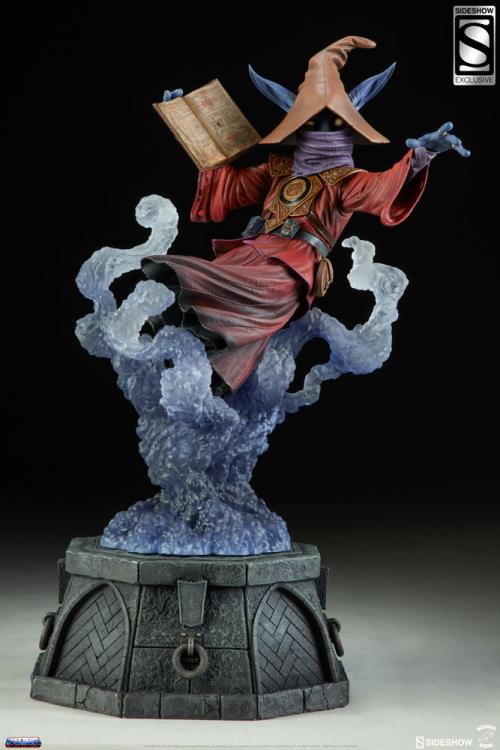 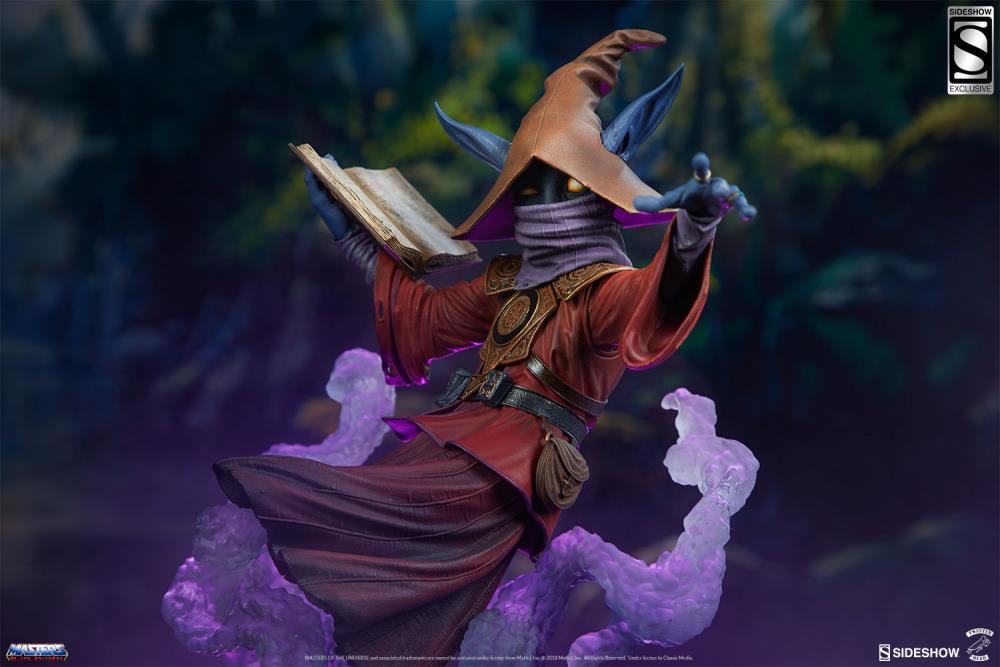 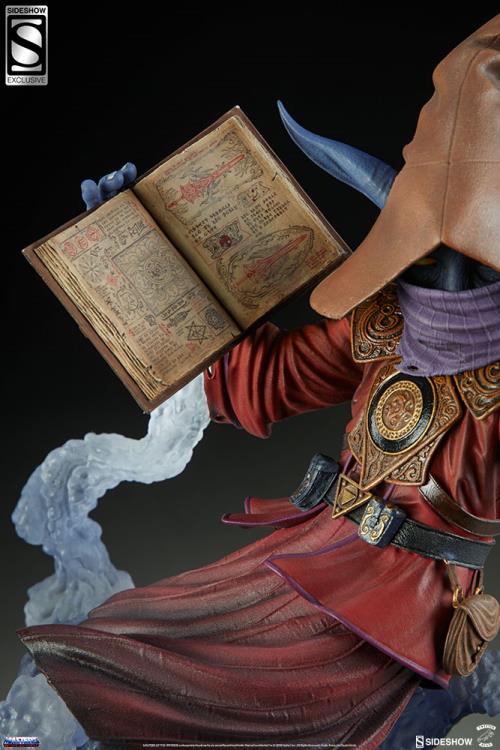