From the producers of ‘The Conjuring Universe’ comes the new Warner Bros. film ‘The Curse of La Llorona’; the story of a mother who discovers a paranormal entity that will stop at nothing to take her children. Known as the ‘Weeping Woman’, La Llorona is a female ghost in Latin American folklore who lost her children and causes misfortune to those nearby.

La Llorona joins the Living Dead Dolls family and wears her infamous white gown with black, curly hair peaking out from her veil. She cries black tears as she searches desperately for her children,

The Living Dead Dolls Presents La Llorona stands 10” tall and features 5 points of articulation. She is packaged in a die-cut window box, perfect for display…far away from children… 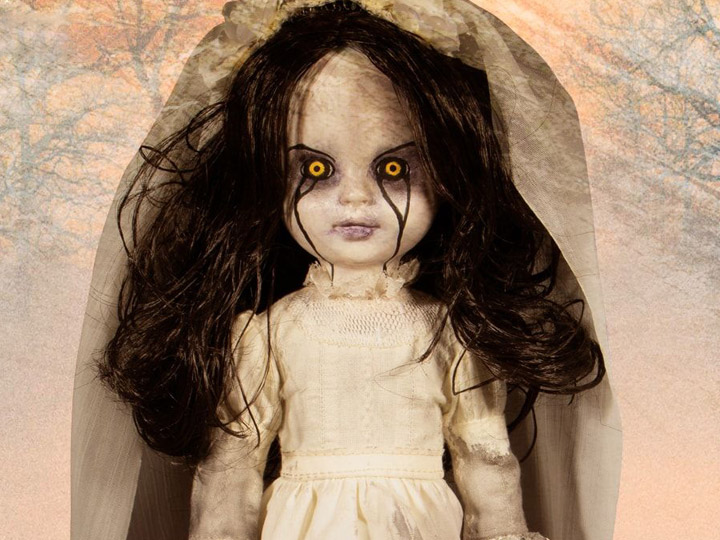 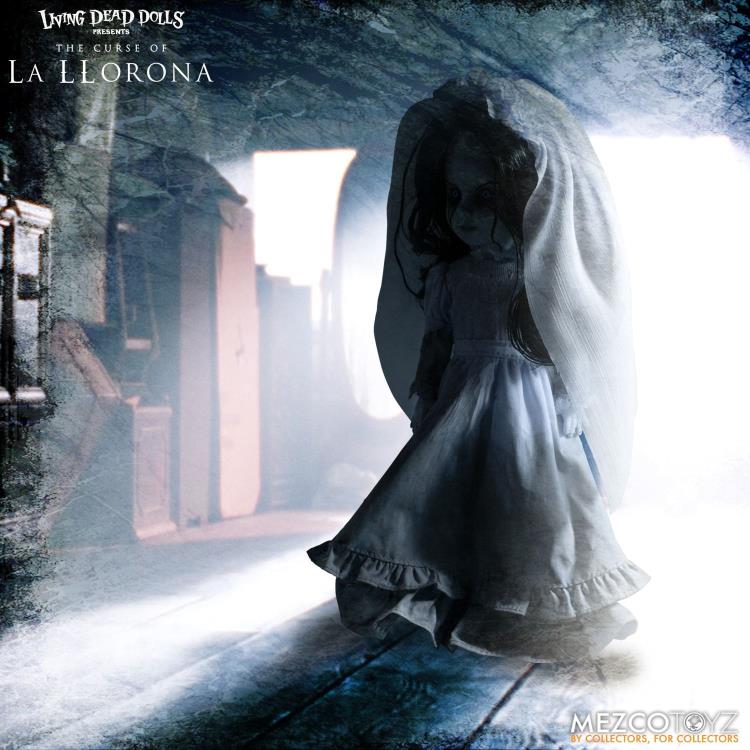 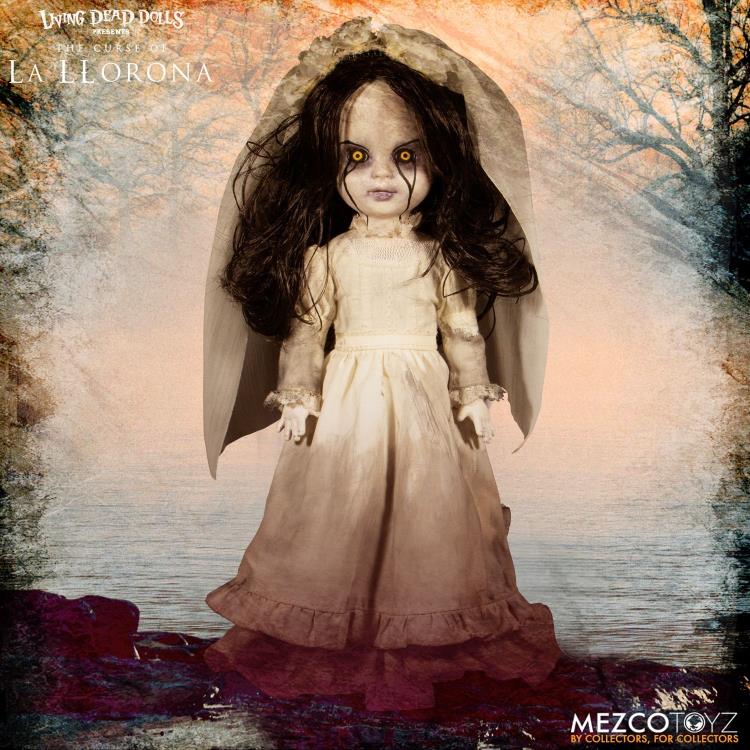 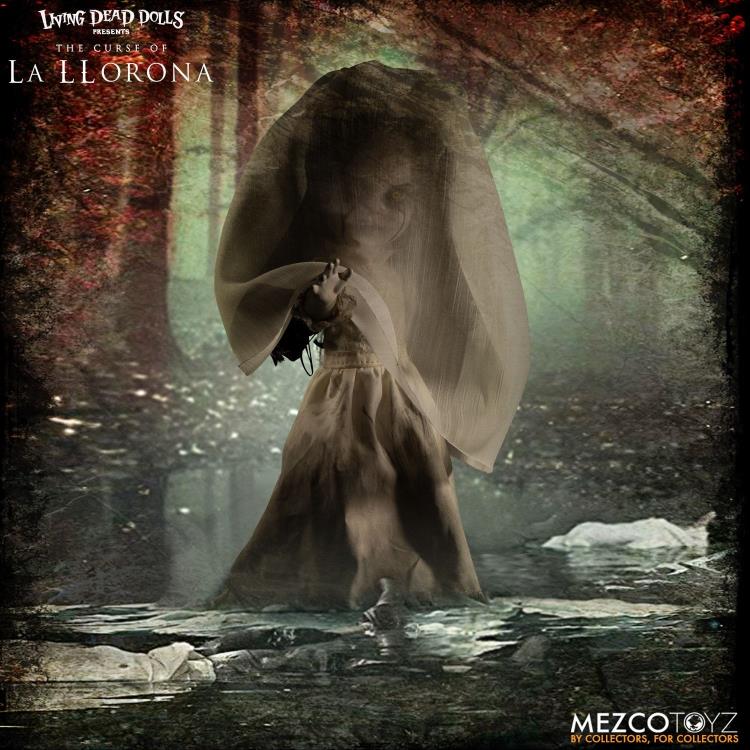 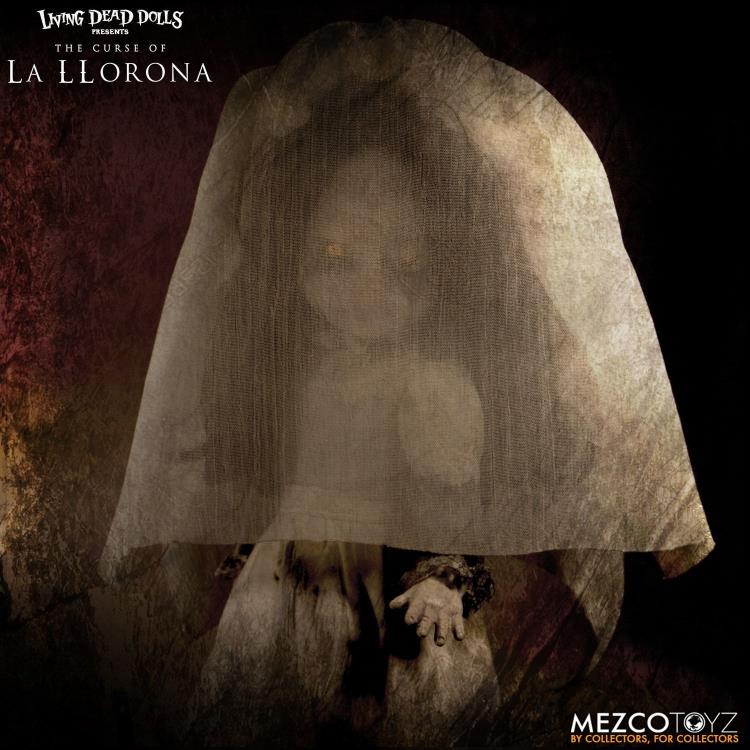 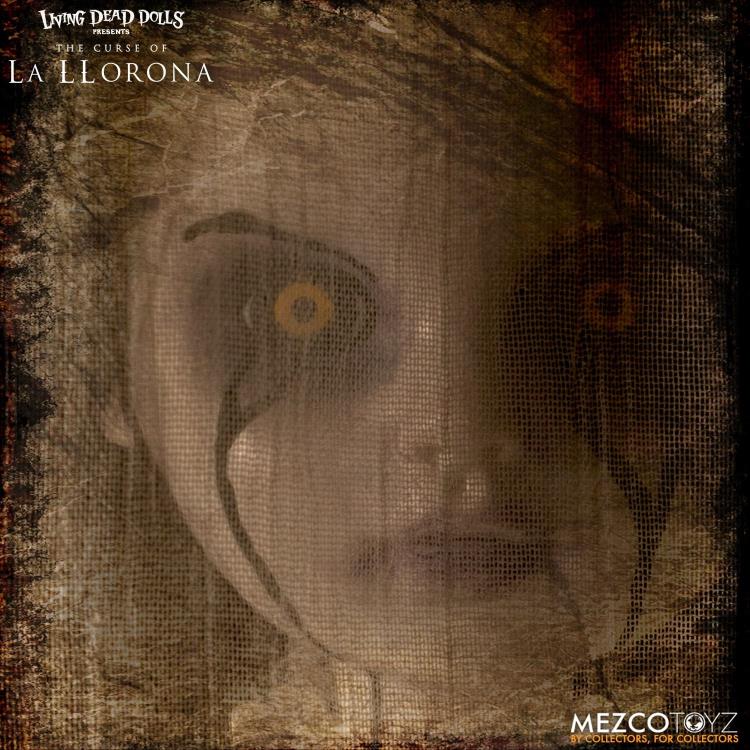 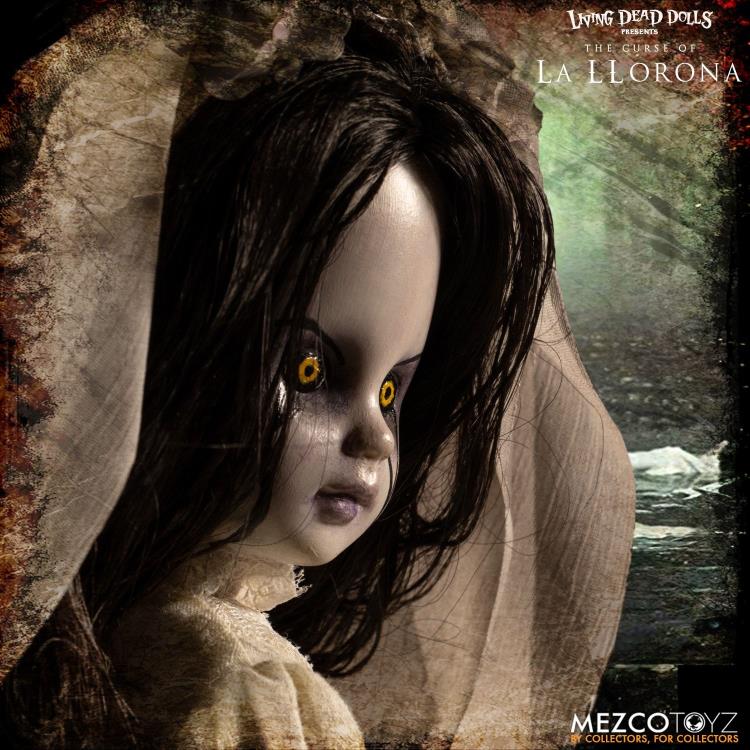 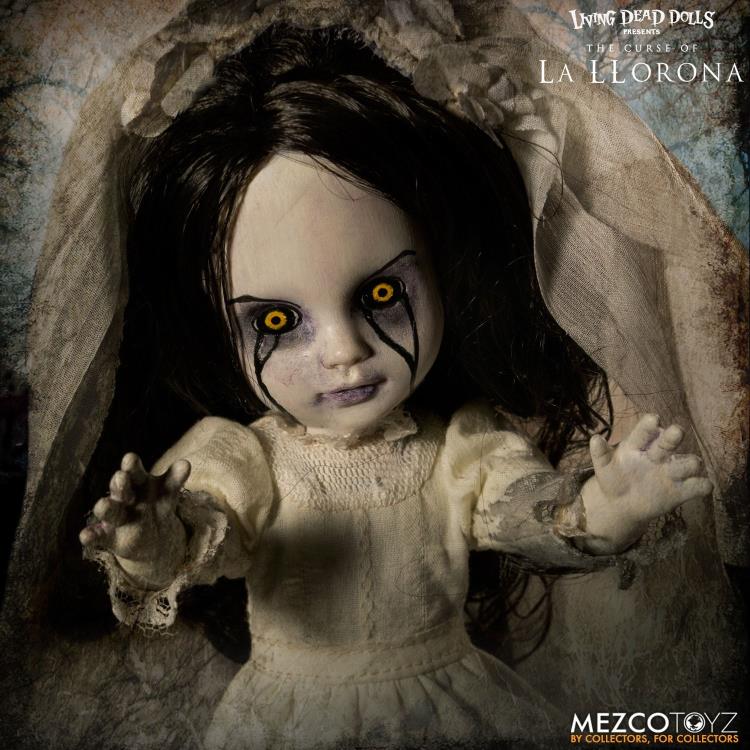 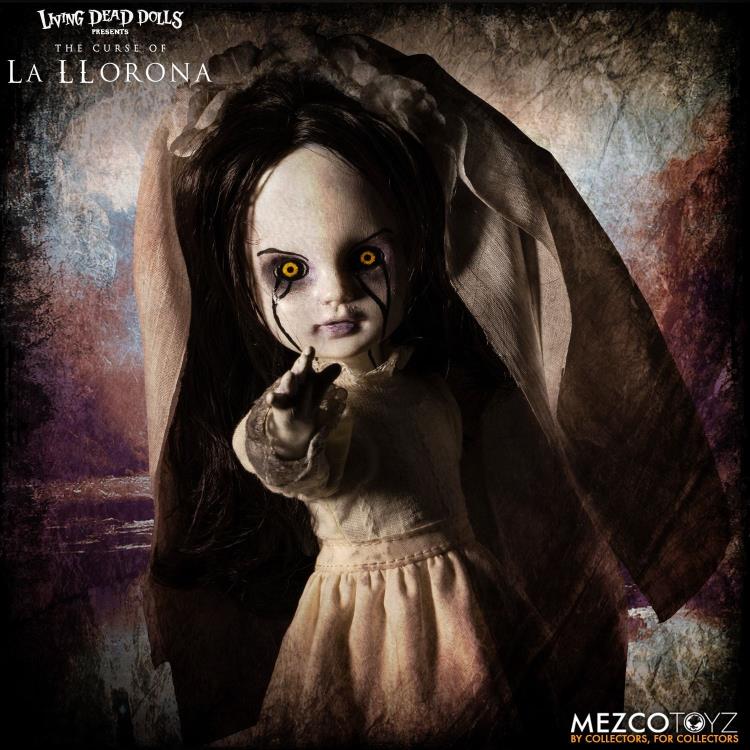 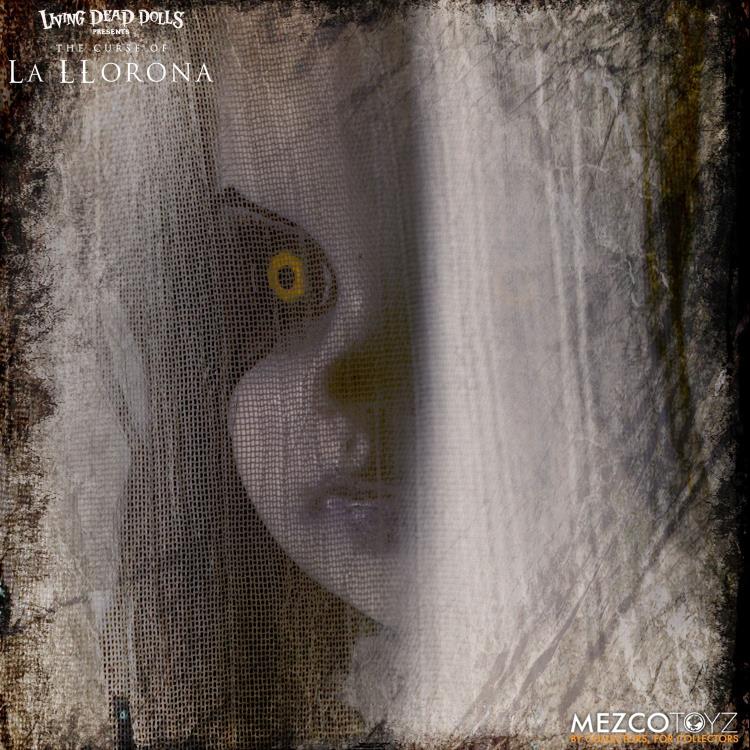 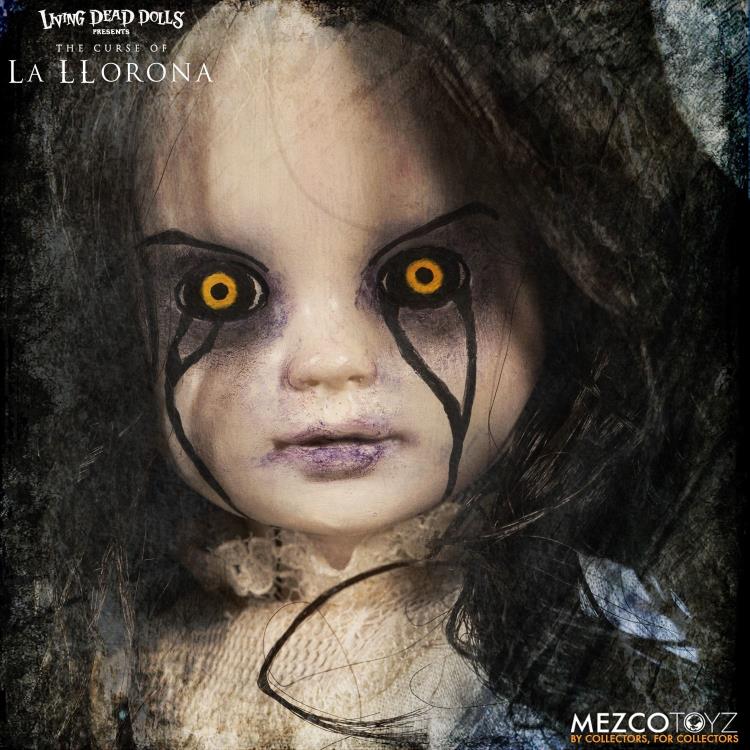