Clone Commander Cody, also known as unit 2224, was a loyal clone trooper serving the Galactic Republic during the Clone Wars. Cody was often under the command of General Obi-Wan Kenobi, leading Ghost Squadron, and served with him and Anakin Skywalker at Geonosis, Christophsis and during a nearly disastrous campaign on Cato Neimoidia.

Cody developed a close and easygoing camaraderie with Kenobi, easily exchanging dry jokes with his Jedi General. This continued through to their mission to Utapau, to route out the entrenched Separatists forces commanded by General Grievous.

Cody was ultimately subservient to the orders of the Republic, and when Order 66 was enacted — branding Kenobi an enemy of the state — Cody willingly carried out the command to open fire on his former friend.

Skillfully created based on the appearance of Clone Commander Cody in the movie, the 1/6th scale collectible figure features a newly developed head sculpt with amazing likeness, a meticulously crafted Clone Trooper armor and helmet with weathering effects, different styles of blasters, interchangeable right arm with LED light-up hologram projector, a jetpack, a variety of miniature hologram figures, and a sand-themed figure base. 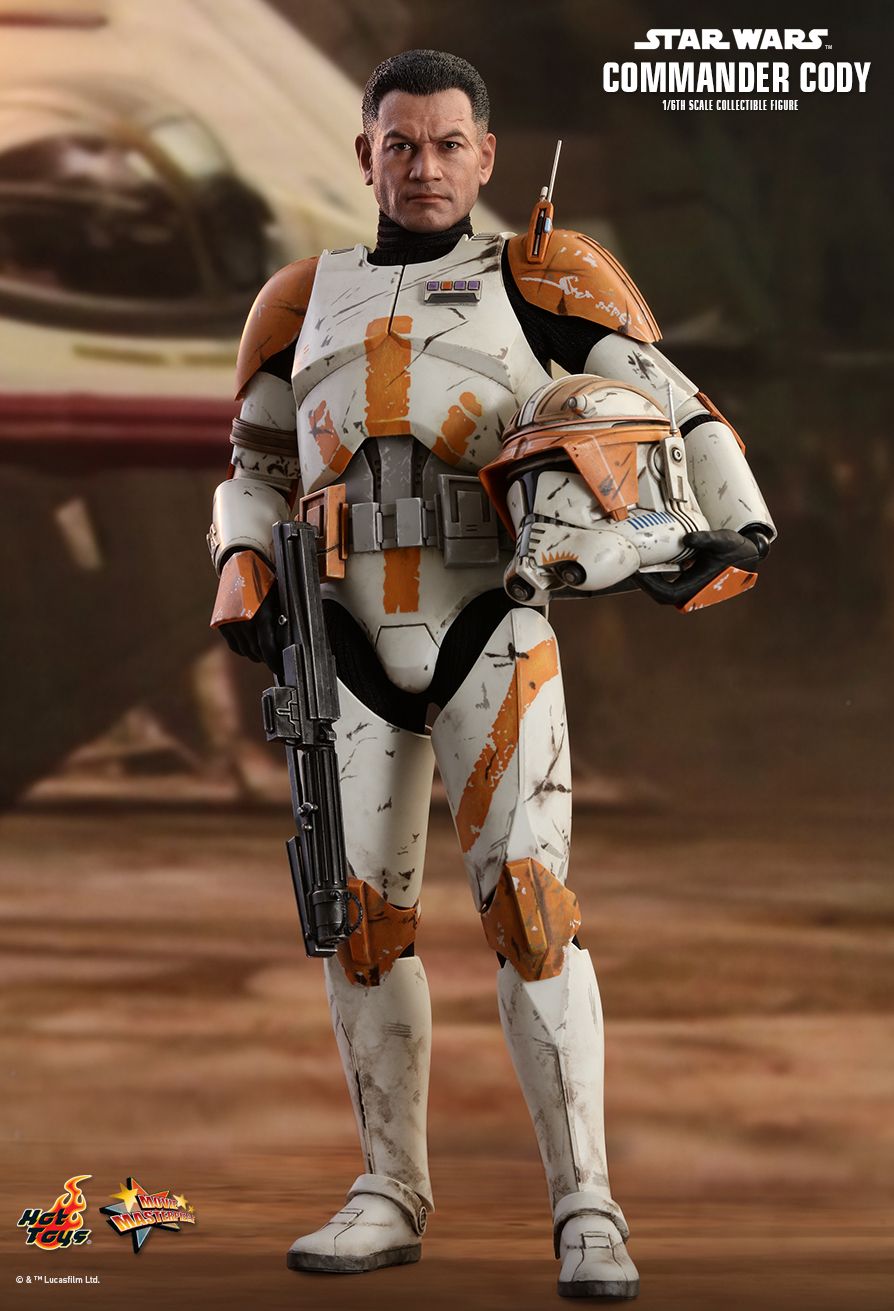 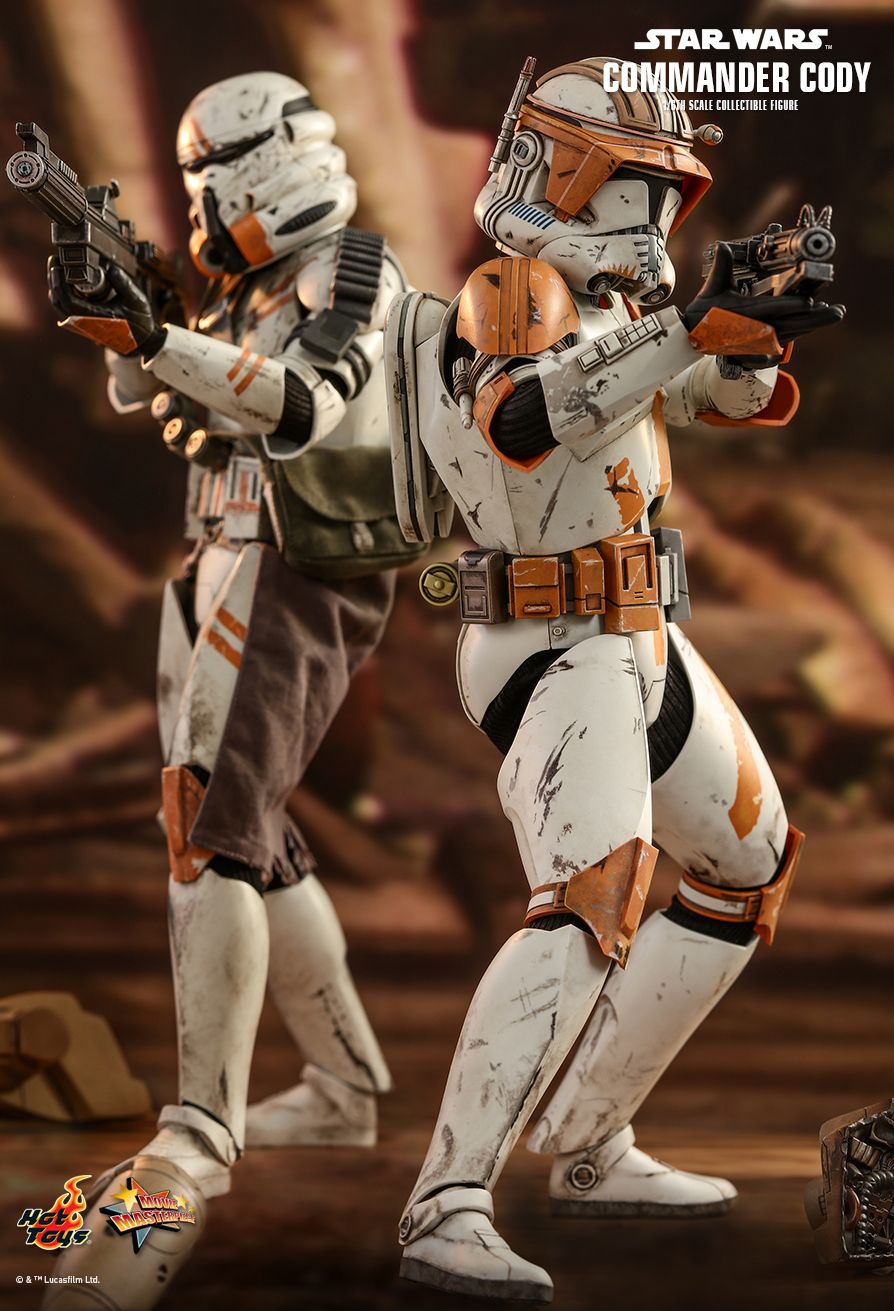 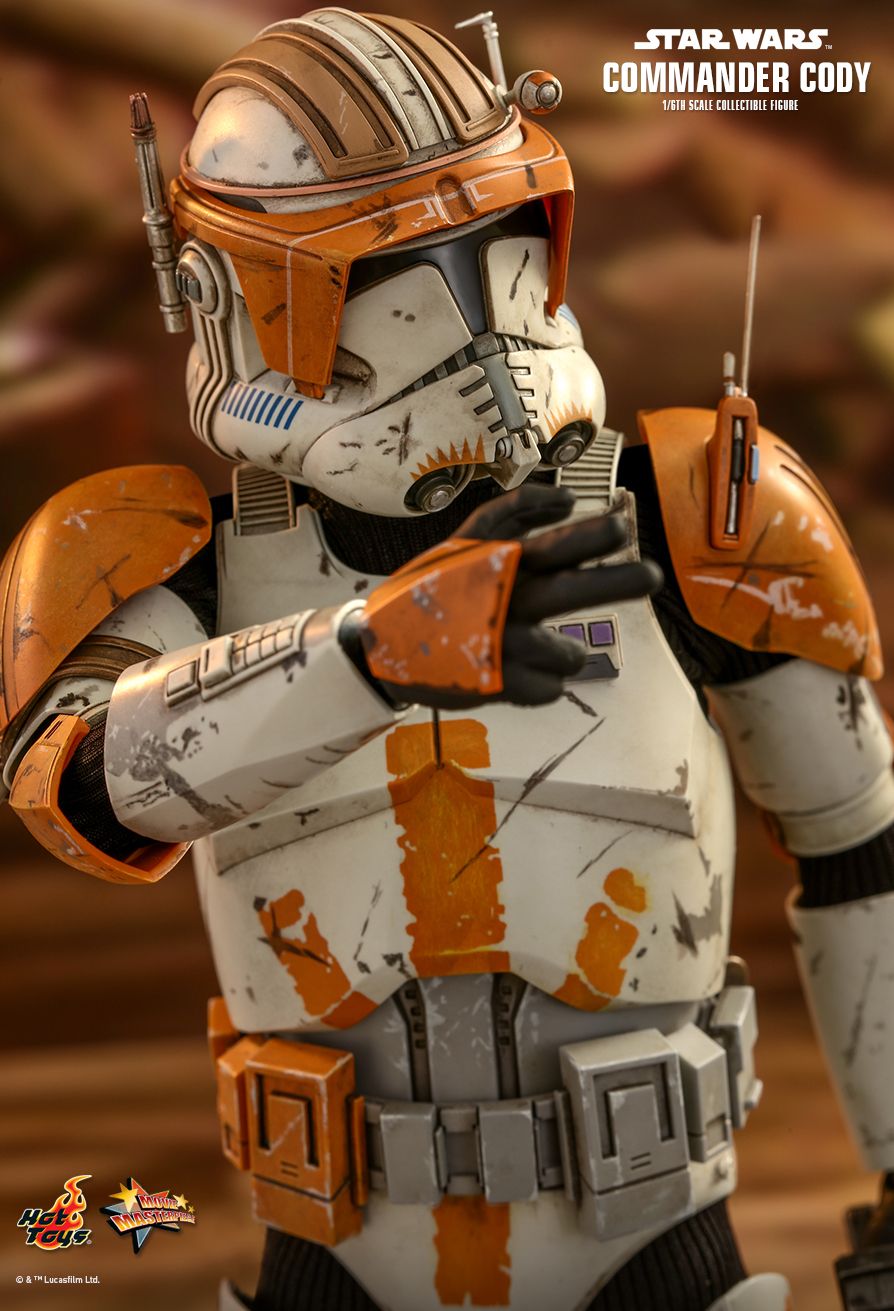 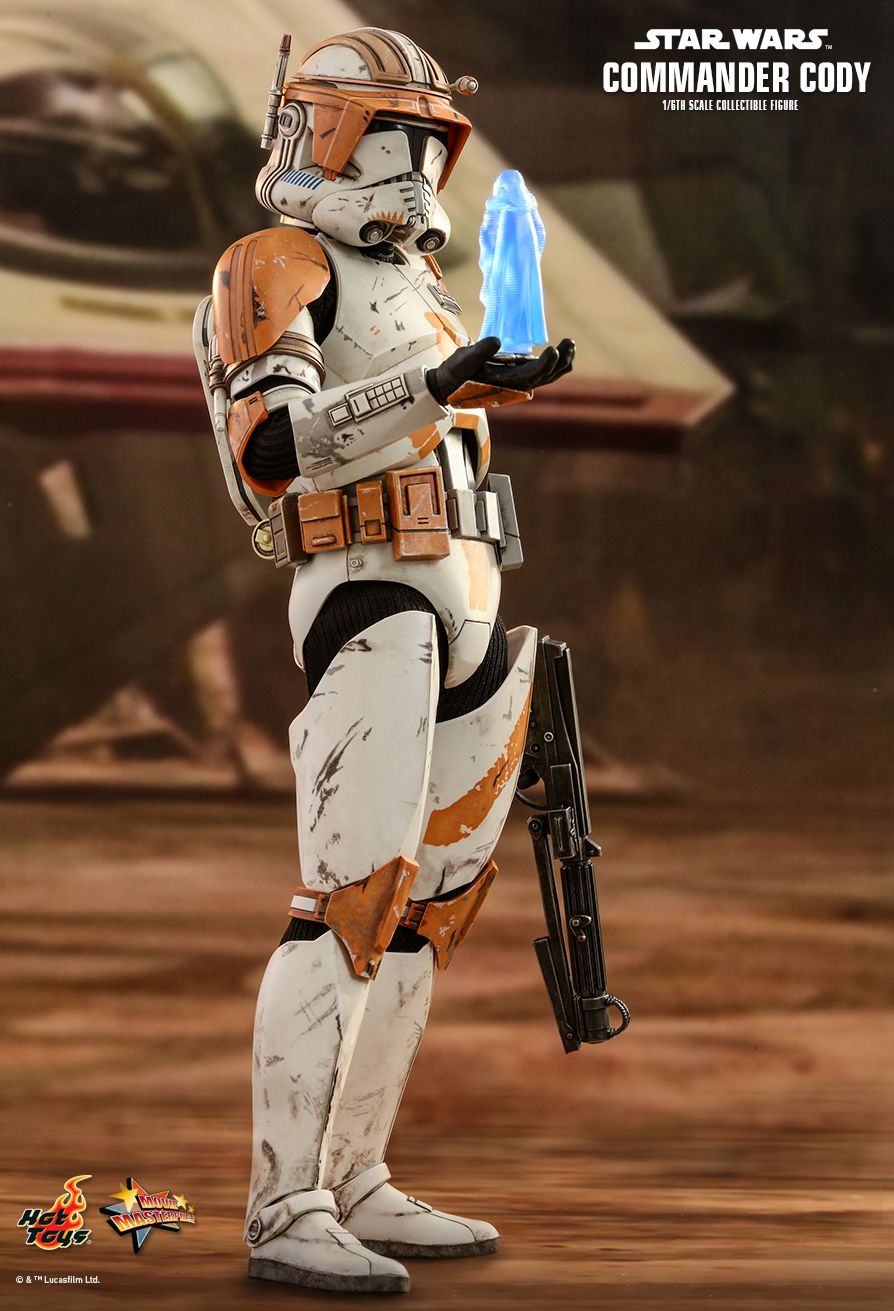 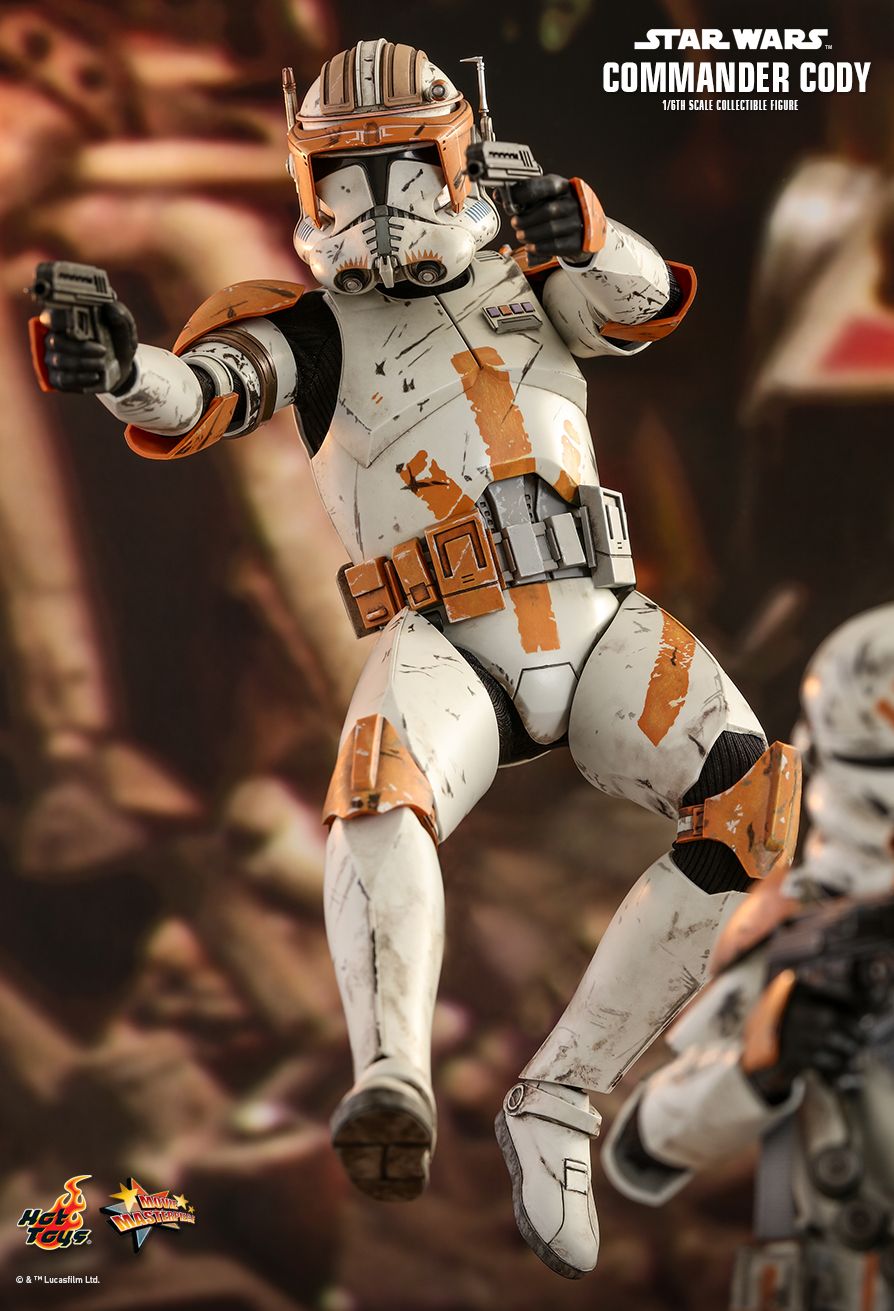 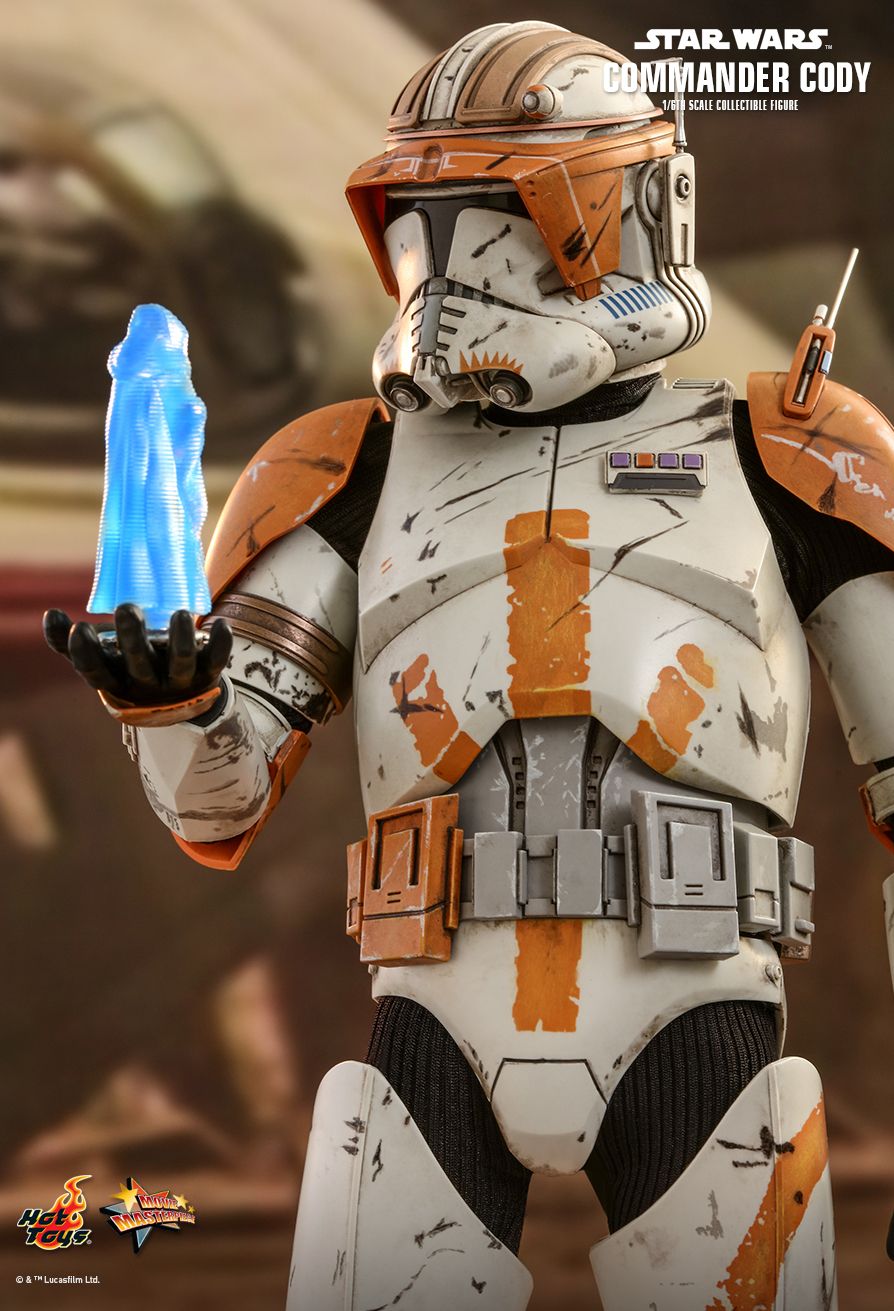 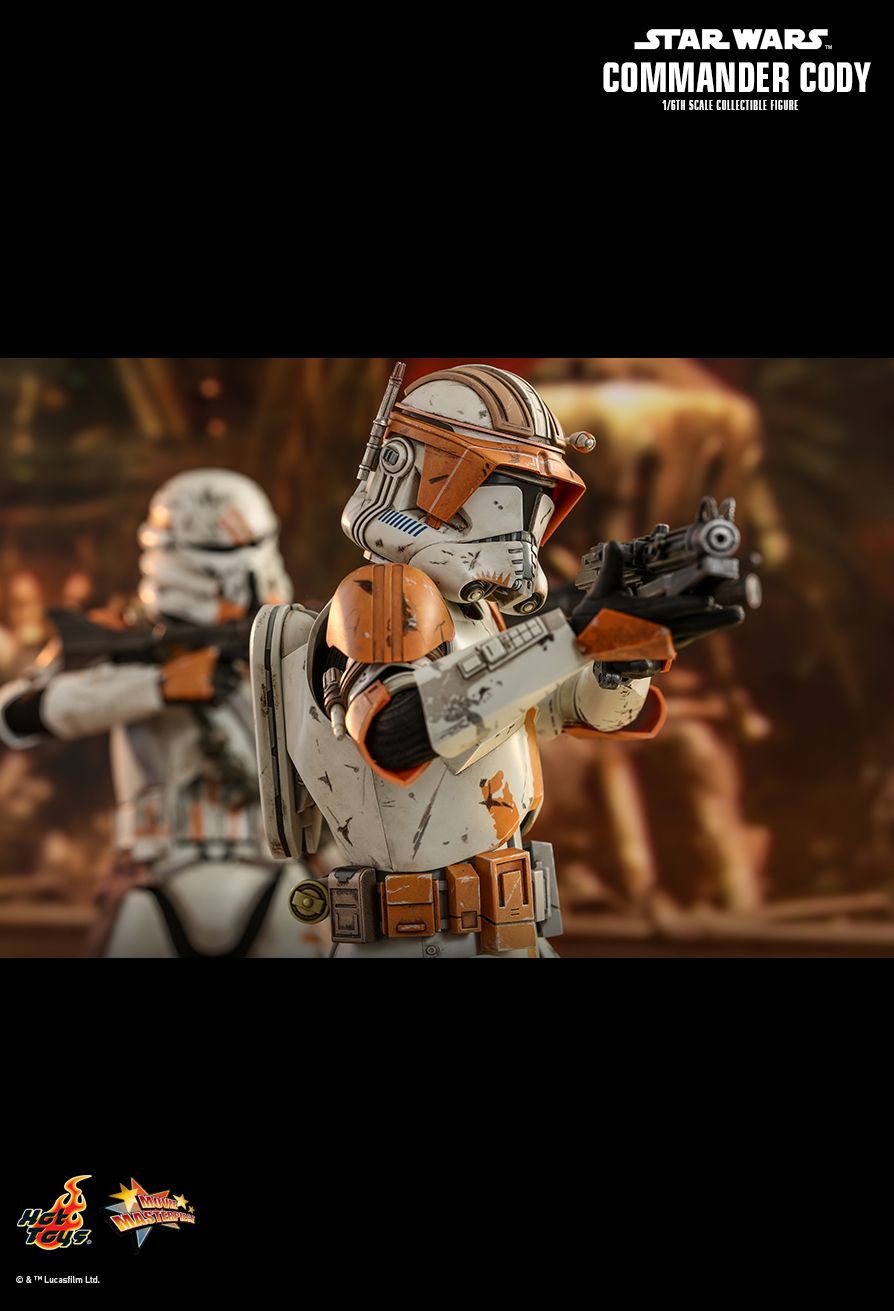 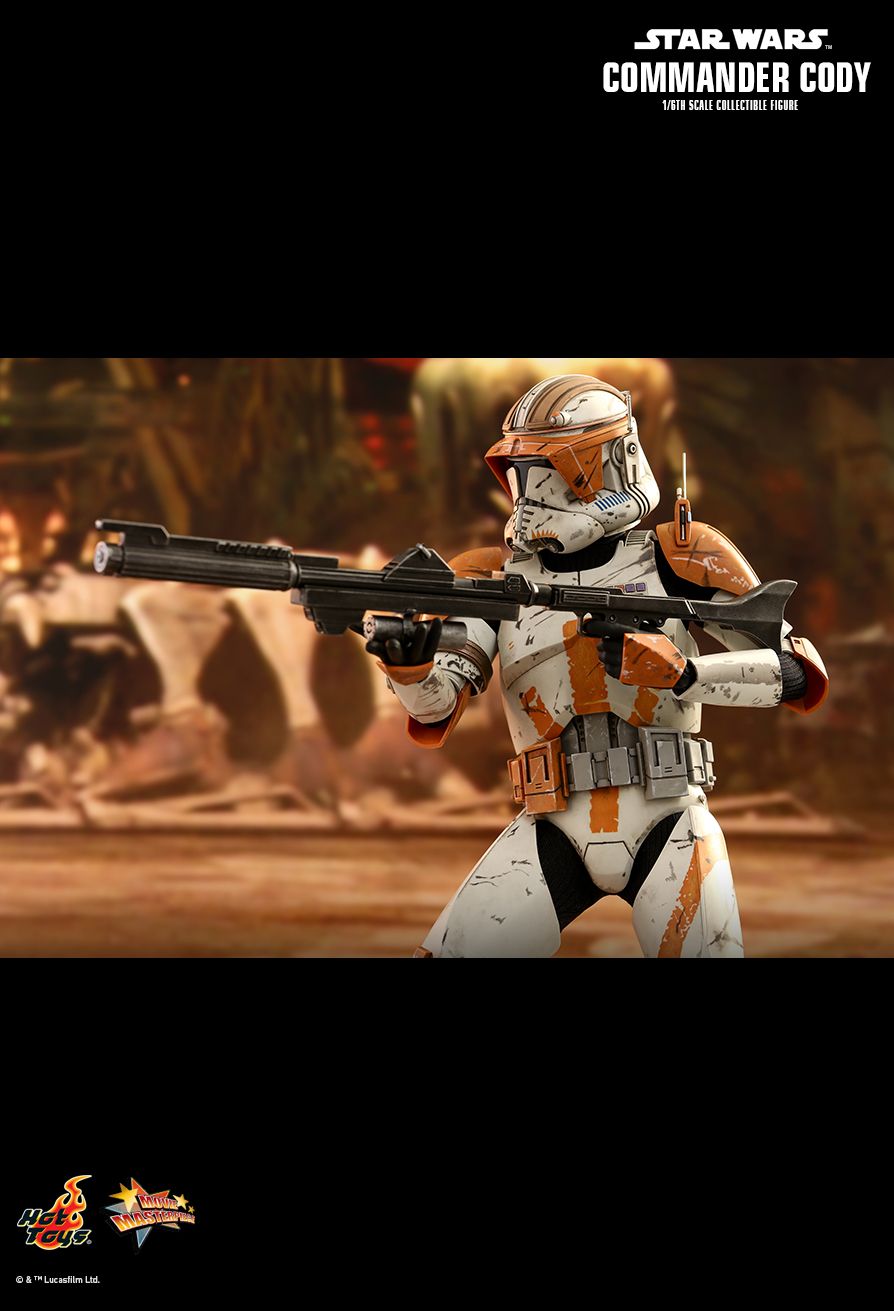 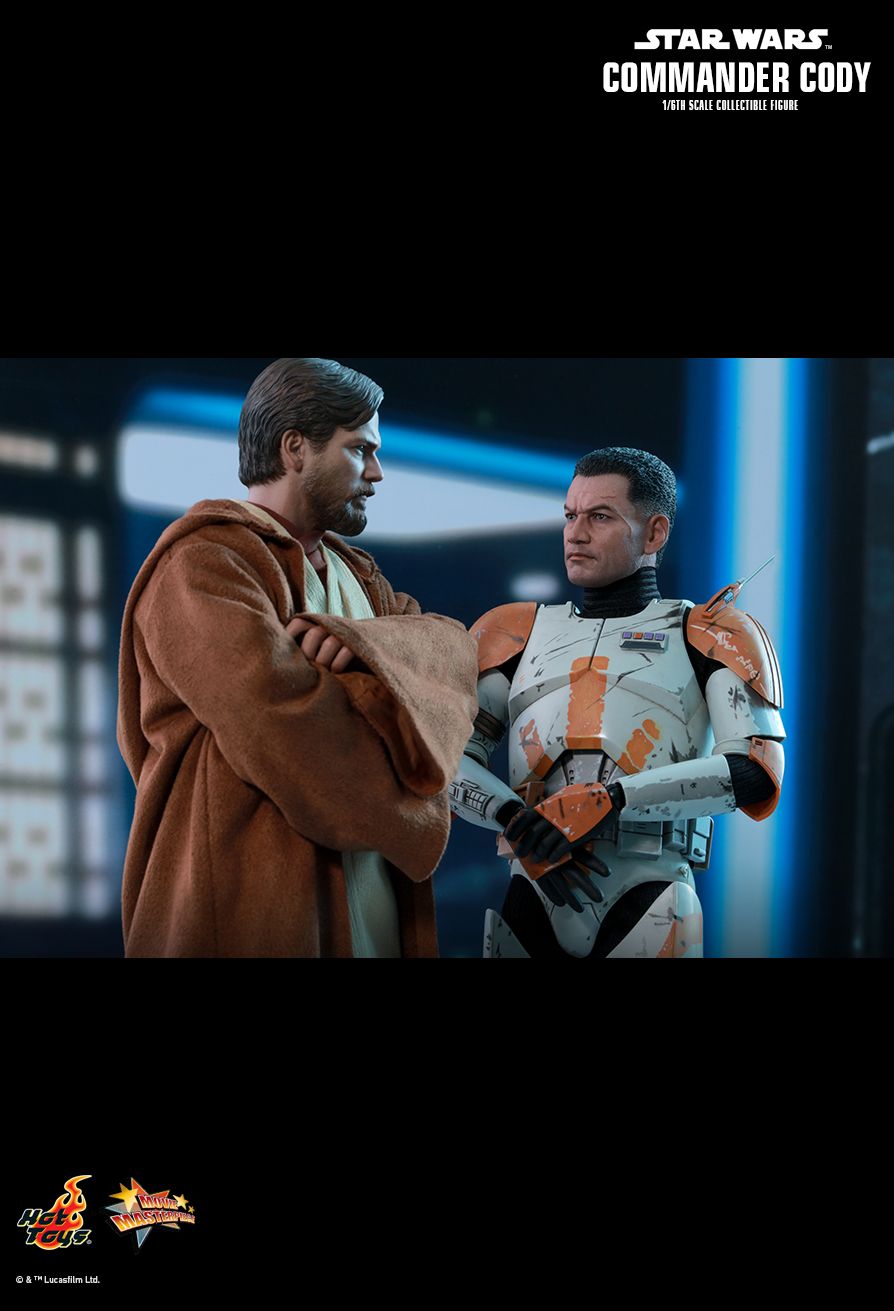 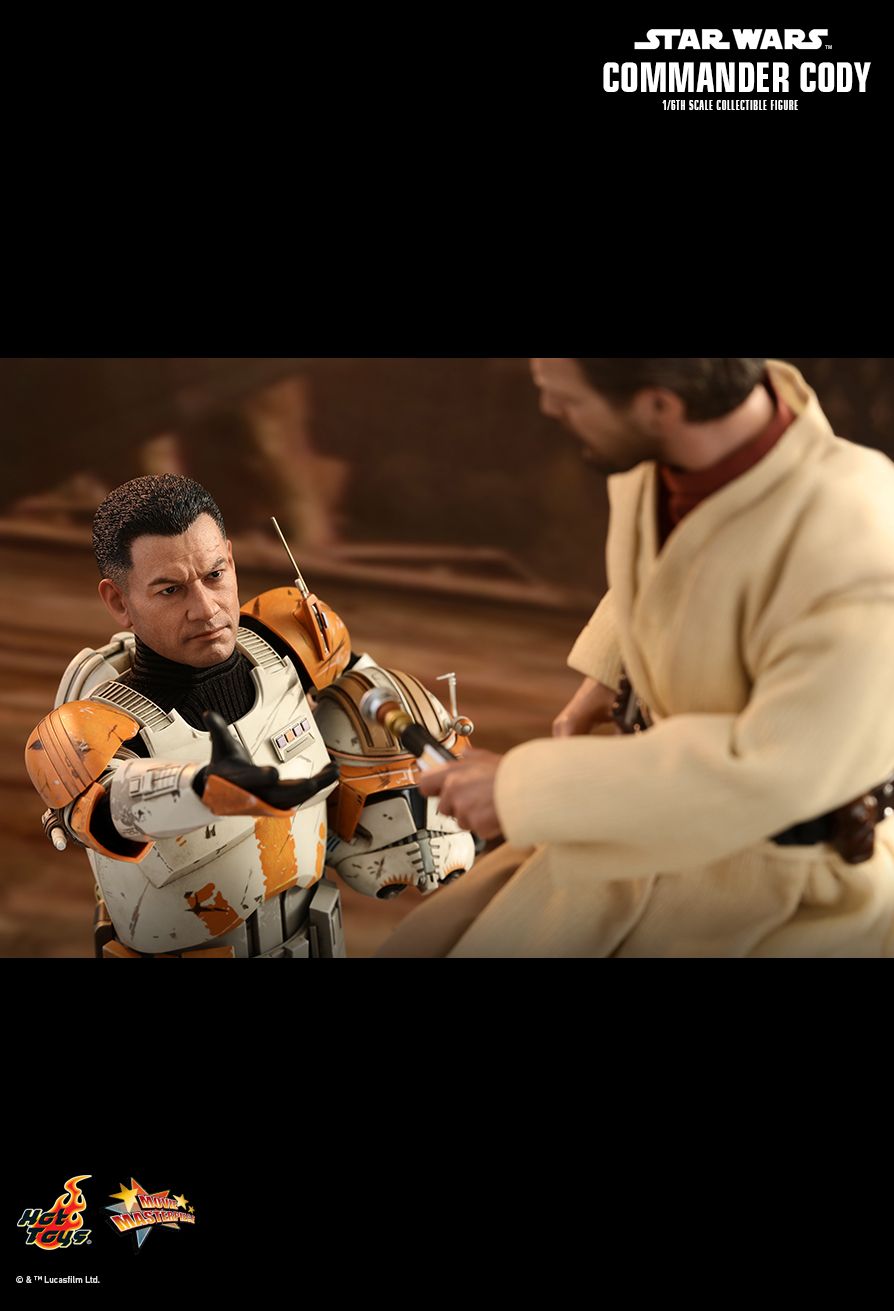 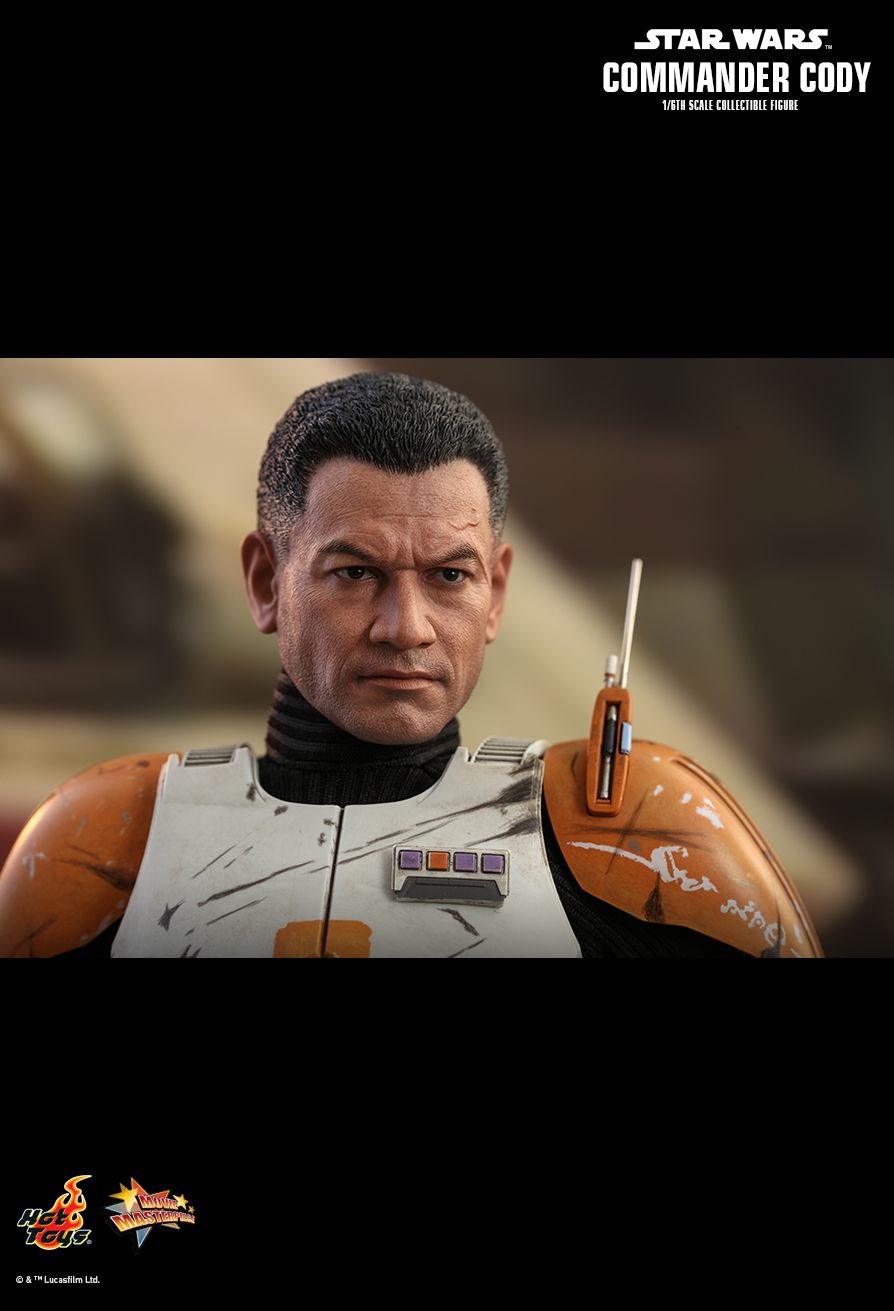 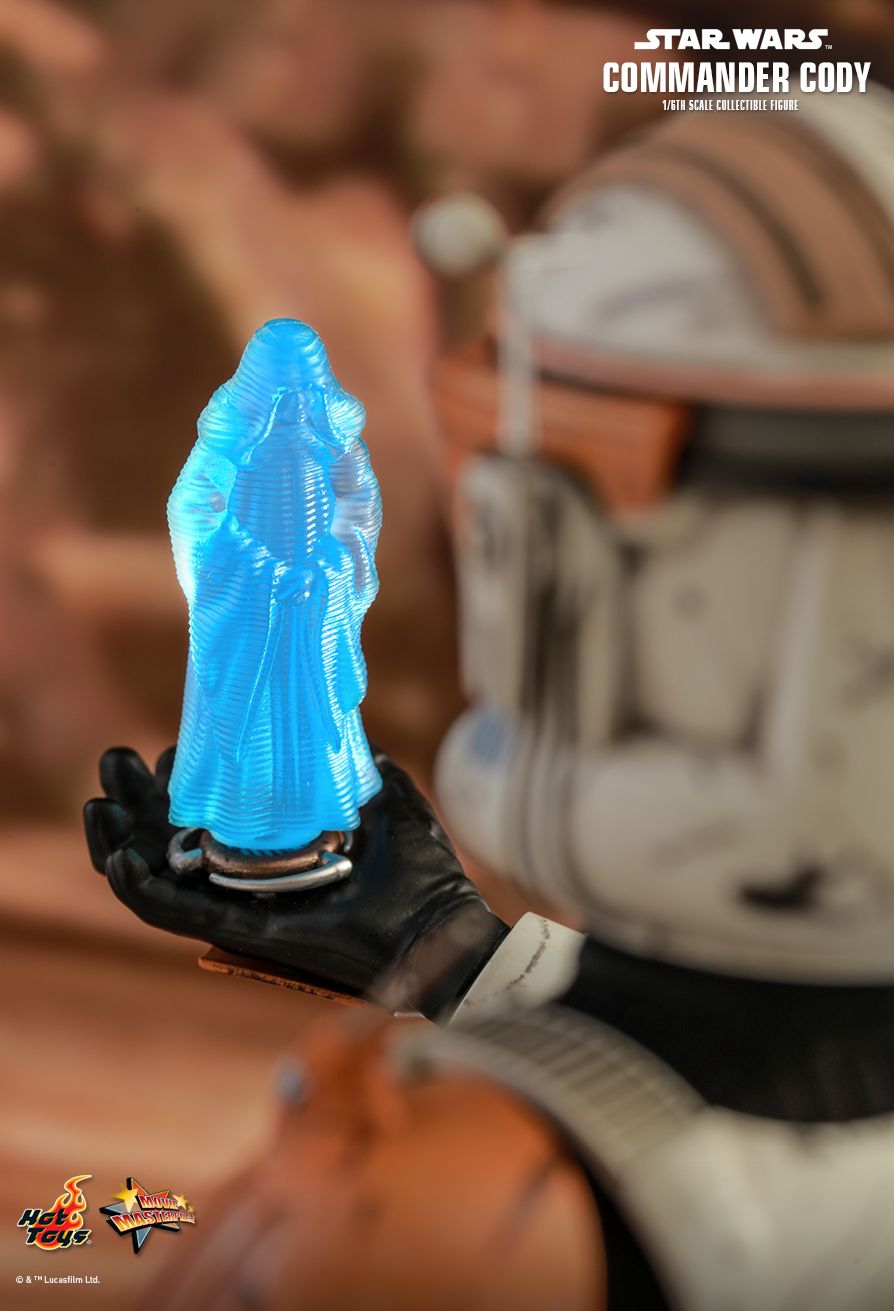 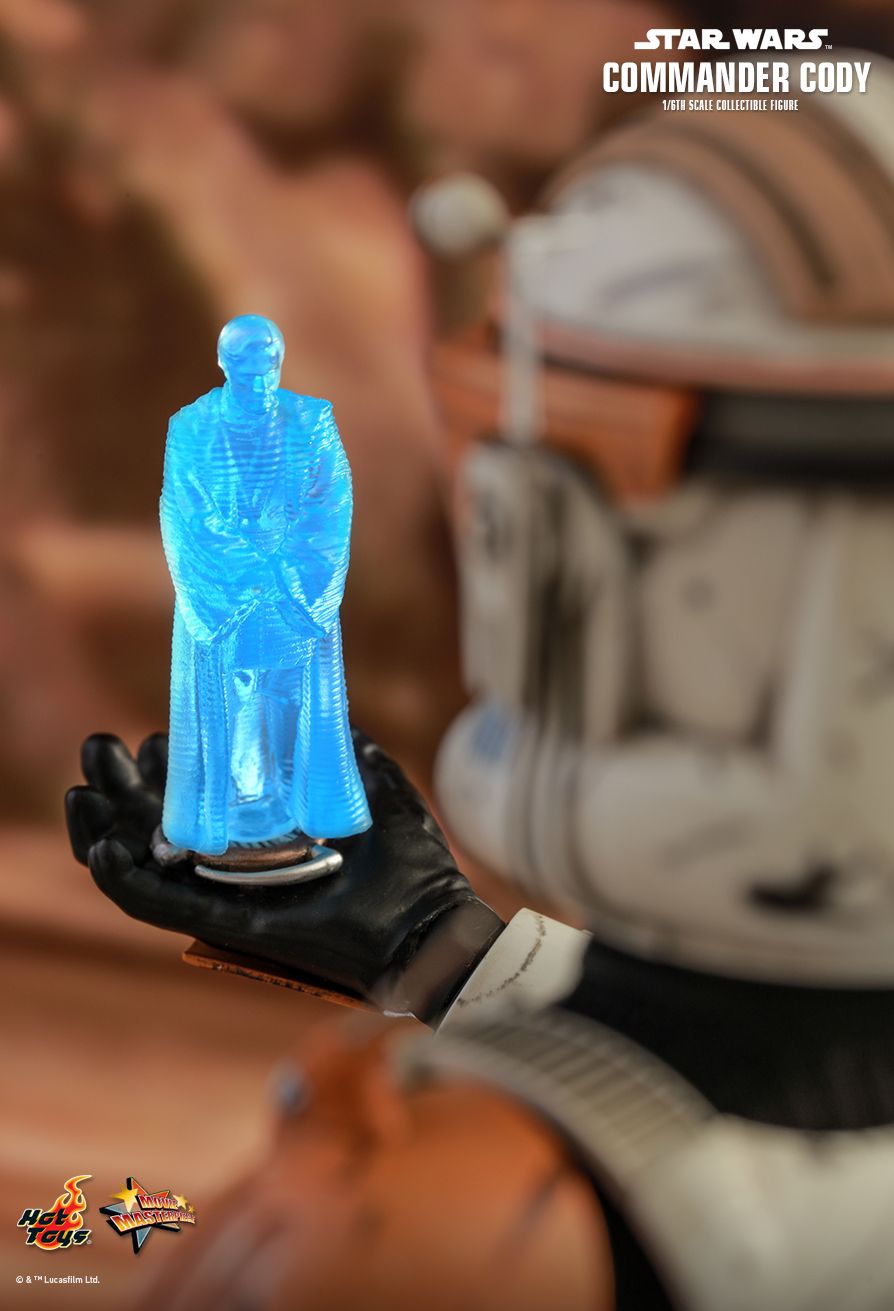