“In your universe, there is only one Spider-Man. But there is another universe. It looks and sounds like yours, but it’s not.” – Miles Morales

Launched last year, Spider-Man: Into the Spider-Verse turned out to be a massive hit! Brought a comic-like experience to the big screen, this incredible story about the importance of family, teamwork, and believing in yourself, follows Miles Morales, a teen who became Spider-Man of his realist, crossing his path with five counterparts from other dimensions to stop a threat for all realities!

Today, Hot Toys is excited to present the latest Cosbaby based on Spider-Man: Into the Spider-Verse. Each Cosbaby from the series stands approximately 7 – 9.5cm in height with specially designed bobble-head function. Features Miles Morales, Spider-Gwen, Peter B. Parker, Spider-Ham and Spider- Man Noir with additional magnetic function; a Hooded Version of Miles Morales with a city-themed base, and Peni Parker and SP//dr which measures around 13.5cm tall! 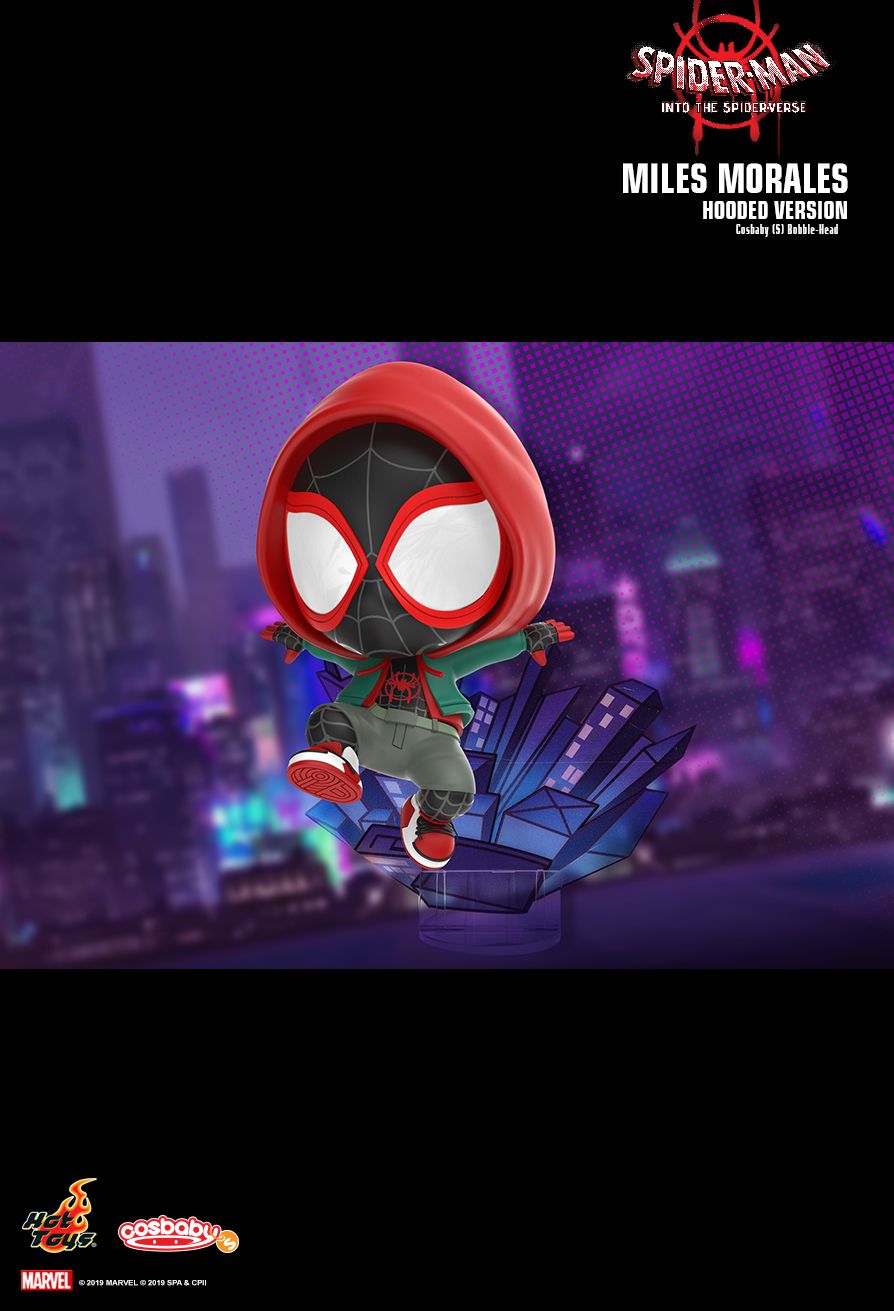 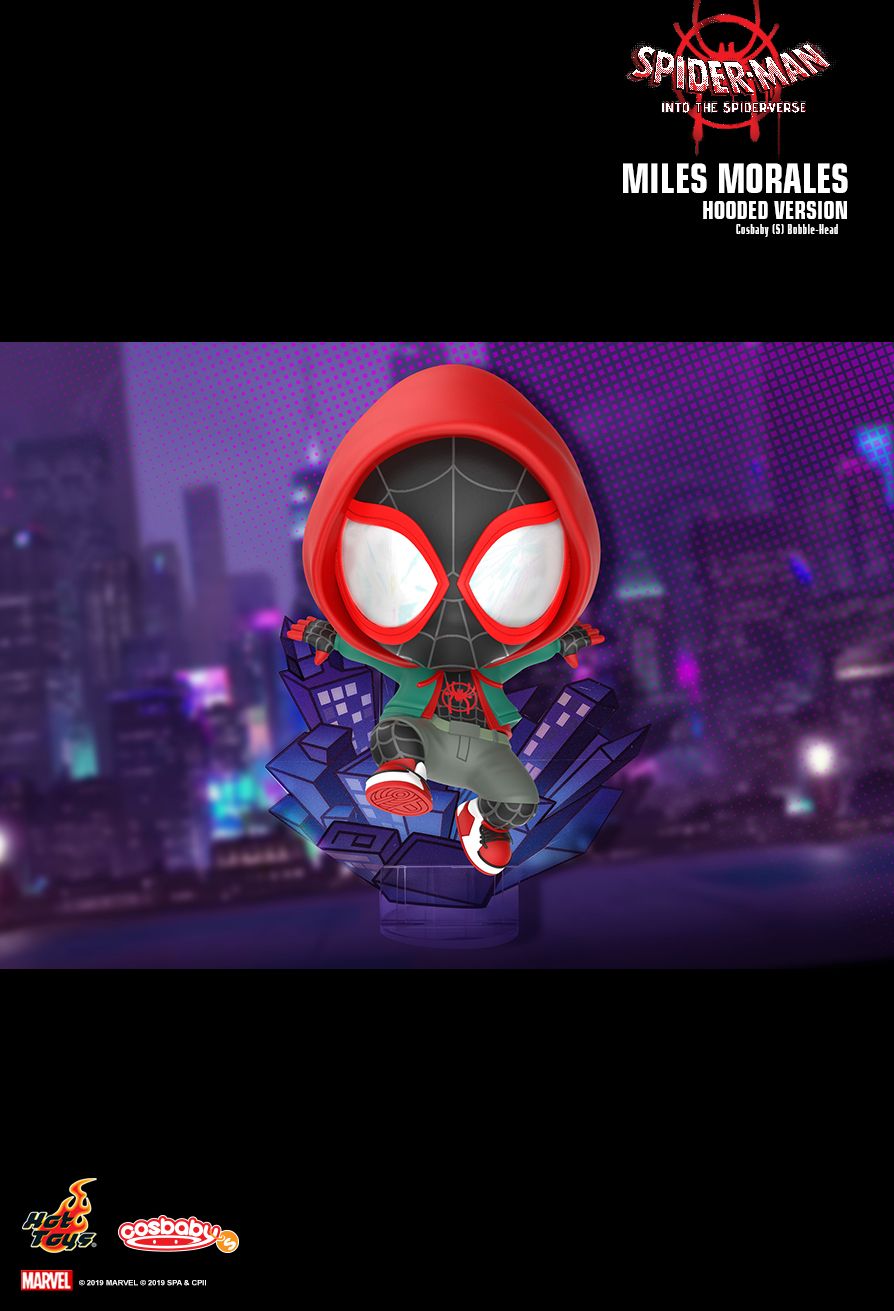 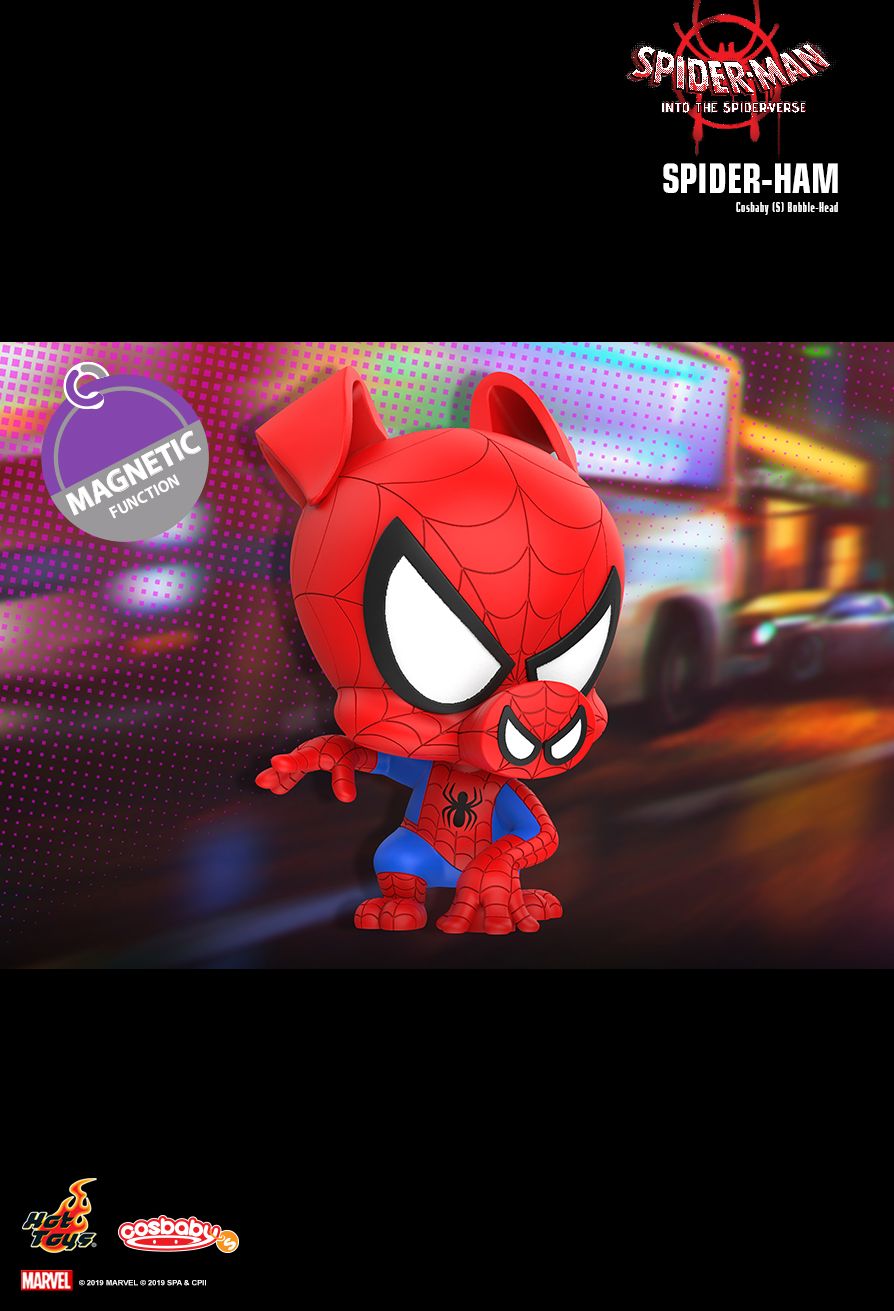 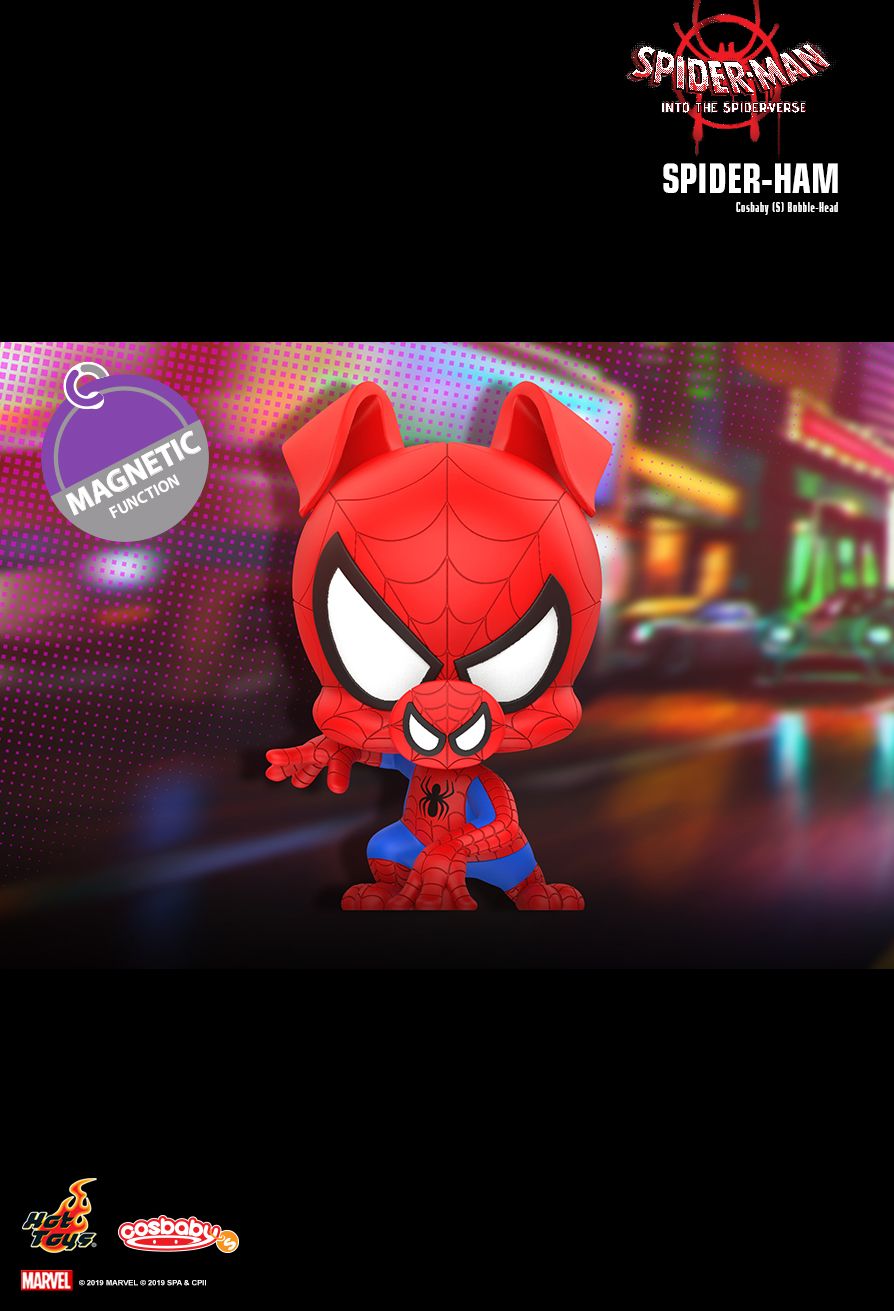 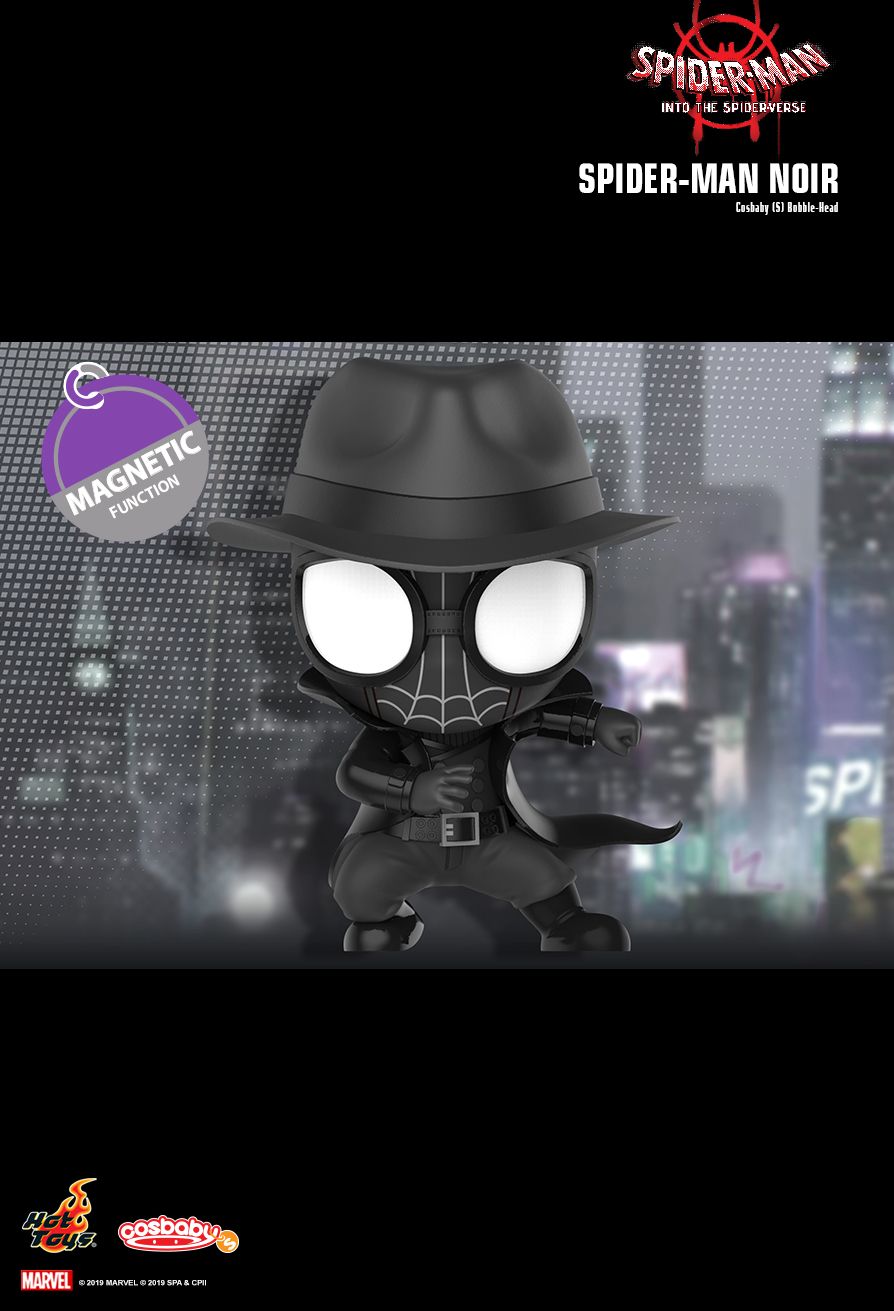 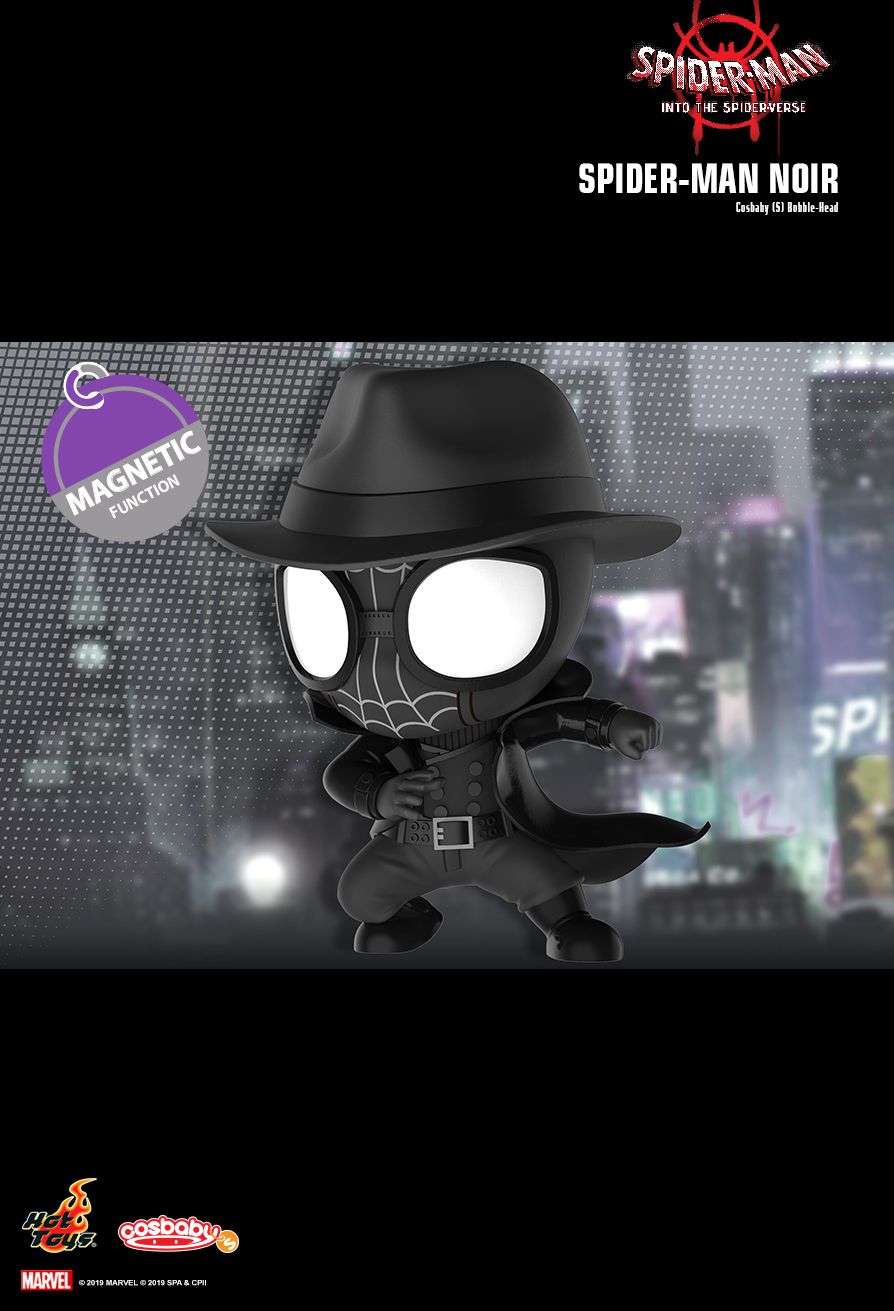 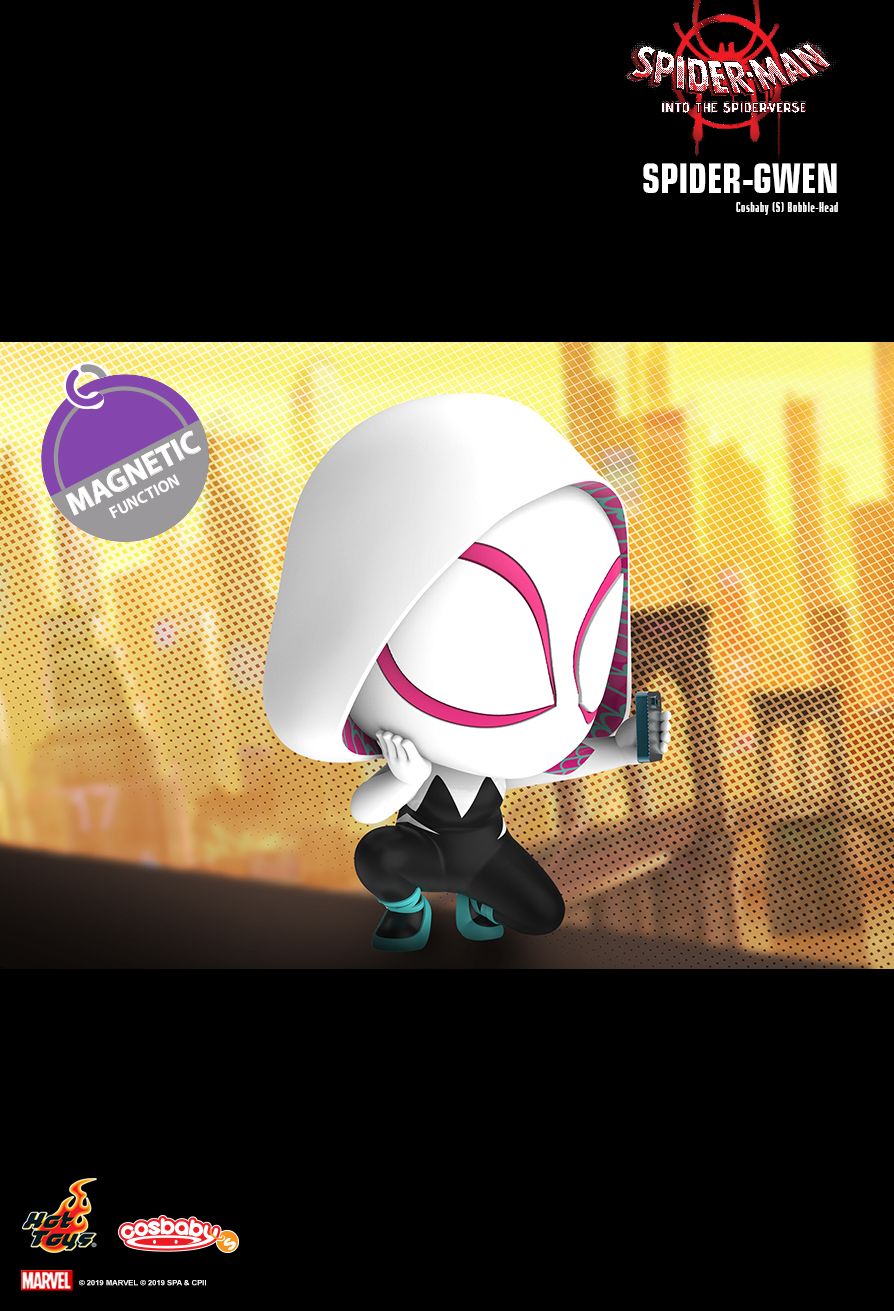 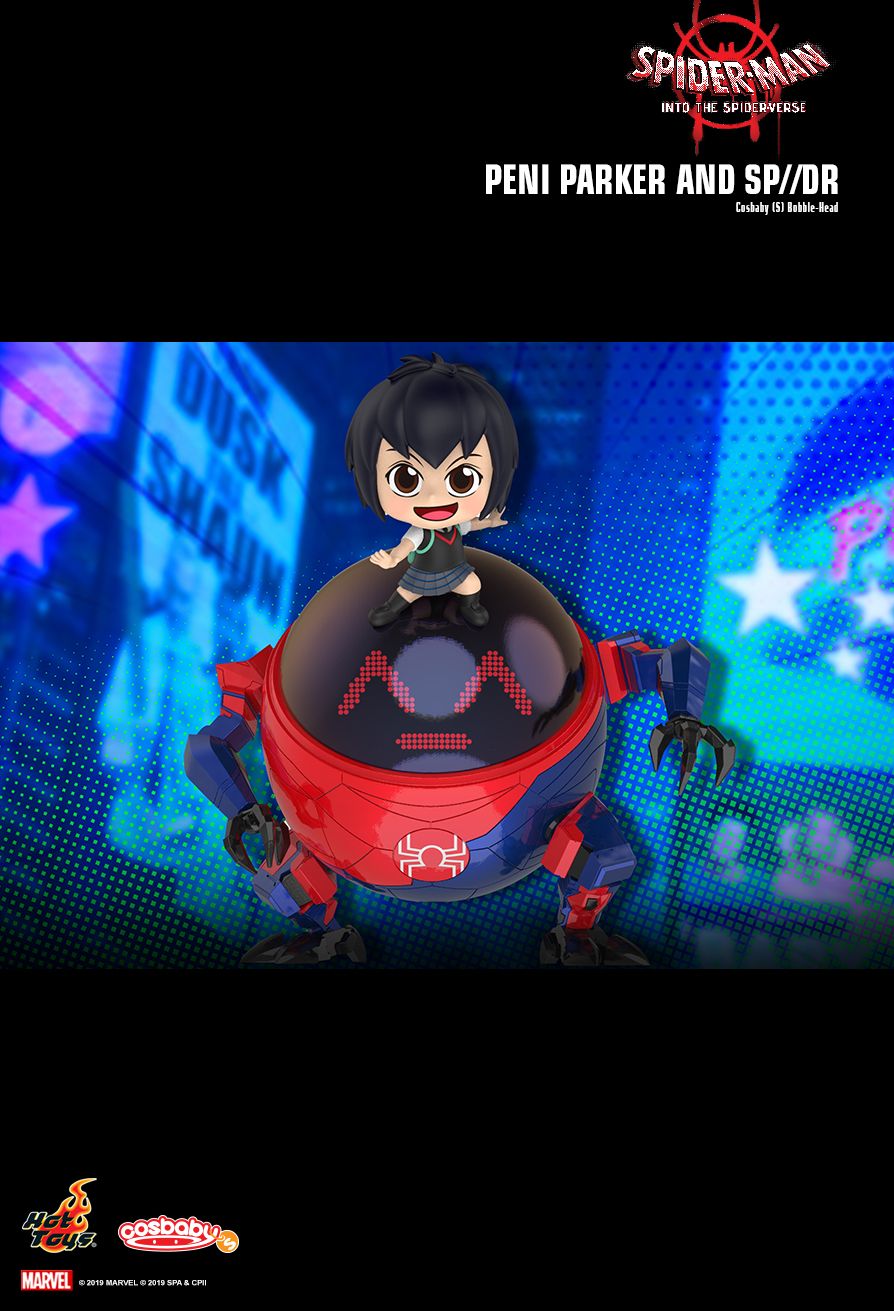 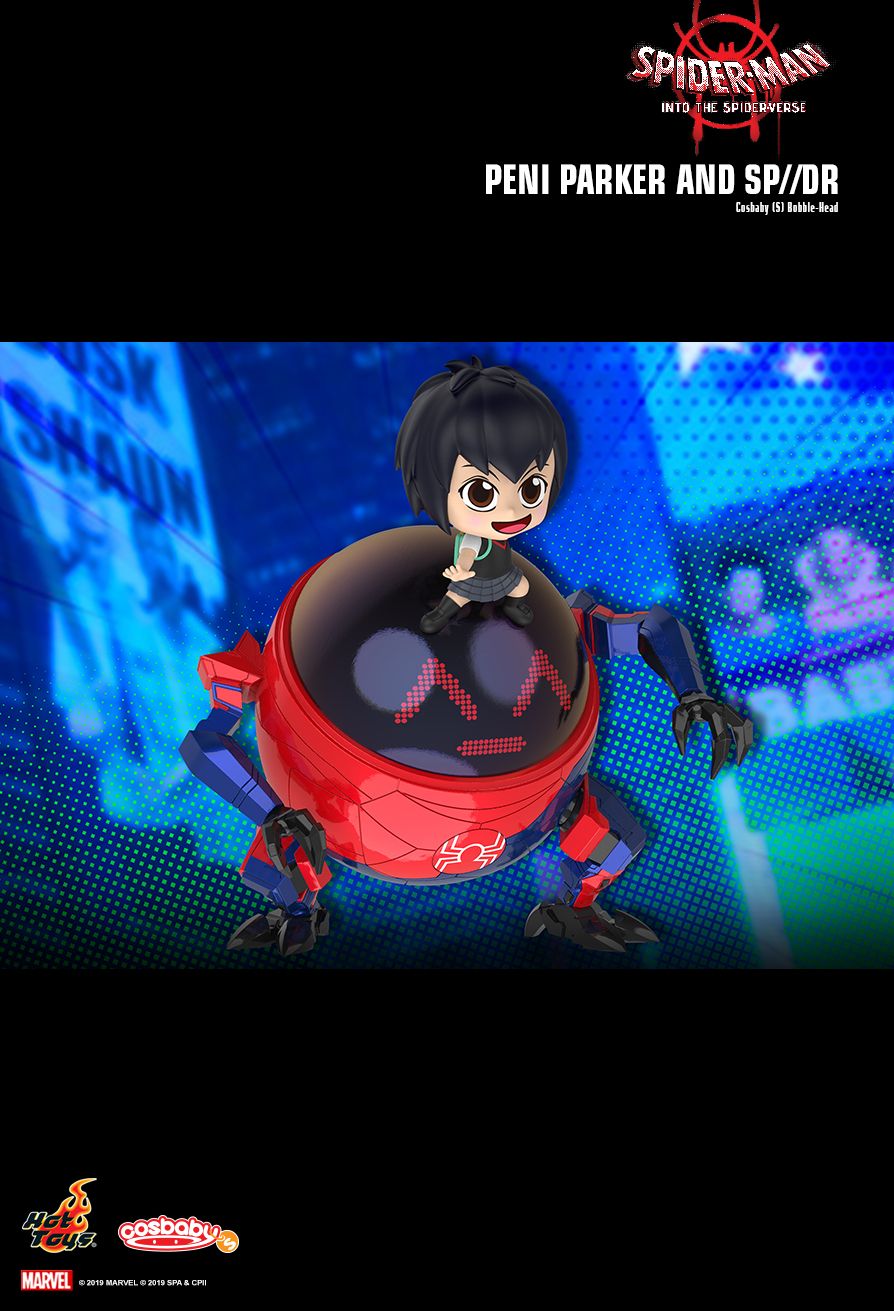