“I’ve waited a long time for a shot like this.” – Han Solo

The newest chapter of the Star Wars saga is unfolding in the upcoming Solo: A Star Wars Story! Fans will finally learn the past of the galaxy’s most beloved scoundrel – Han Solo.

Times were tough under Imperial rule. Han, a street thief, worked for a notorious gang on Corellia, stealing goods and cutting deals on behalf of an ill-tempered crime boss. Through a series of daring escapades deep within a dark and dangerous criminal underworld, Han Solo meets his mighty future copilot Chewbacca and encounters the notorious gambler Lando Calrissian, in a journey that will set the course of one of the Star Wars saga’s most unlikely heroes.

In celebration of the release of Solo: A Star Wars Story, Hot Toys is very excited today to introduce the brand new Deluxe Version 1/6th scale collectible figures of young Han Solo from the new film!

The highly-accurate collectible figure is specially crafted based on the appearance of Han Solo from Solo: A Star Wars Story. It features a newly developed head sculpt with striking likeness, a meticulously tailored outfit with brown-colored suede-like jacket, the iconic blaster pistol, an assortments of accessories including the symbolic gold-colored lucky dice, a wristwatch, a communicator and a specially designed figure stand.

The Deluxe Version will exclusively feature Han Solo’s outfit on the planet of Vandor including a pair of goggles, a fur overcoat, and a climbing belt!

Star Wars fans, be sure to pick up the most beloved scoundrel in the galaxy for your next wild adventure with the Millennium Falcon!
The 1/6th scale Han Solo Collectible Figure (Deluxe Version) specially features: 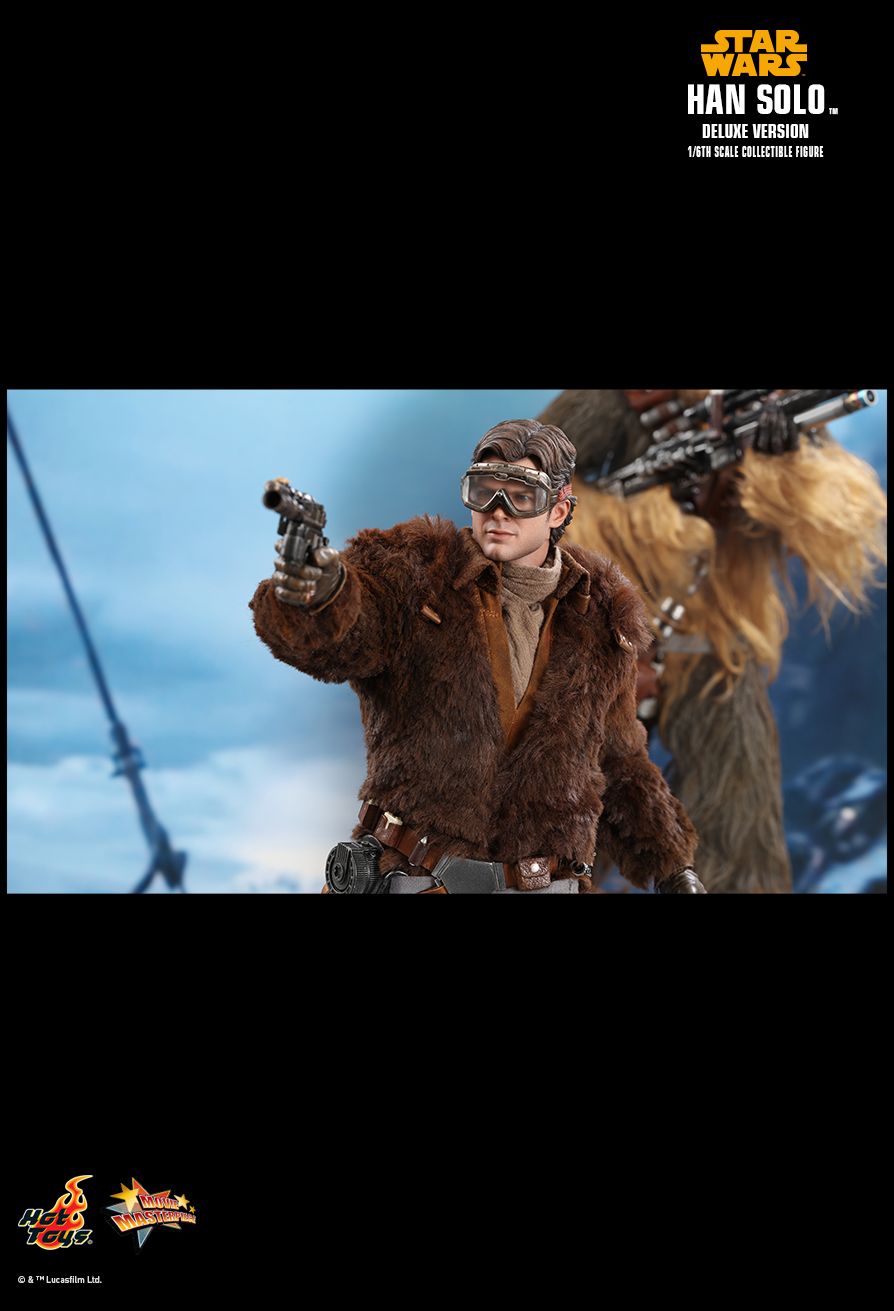 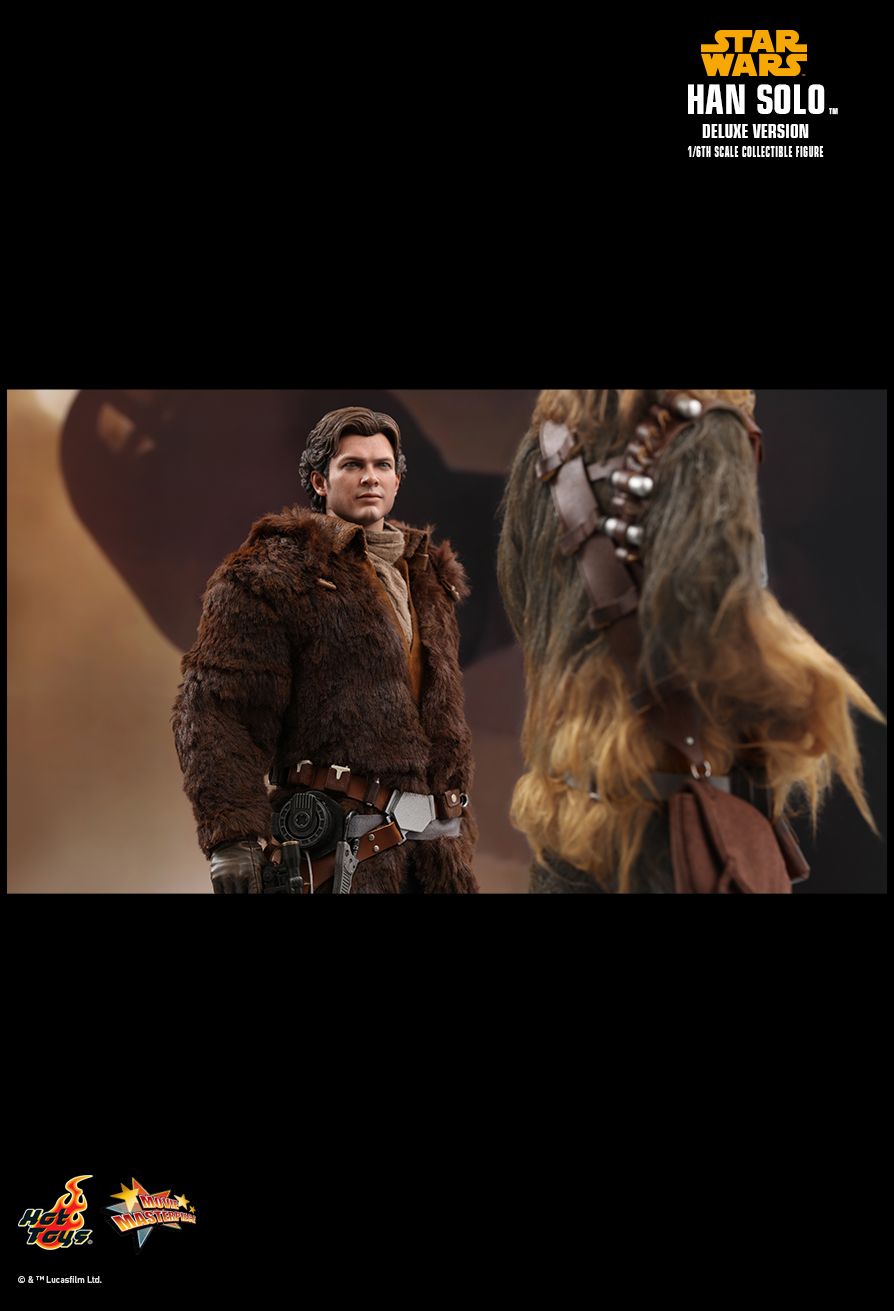 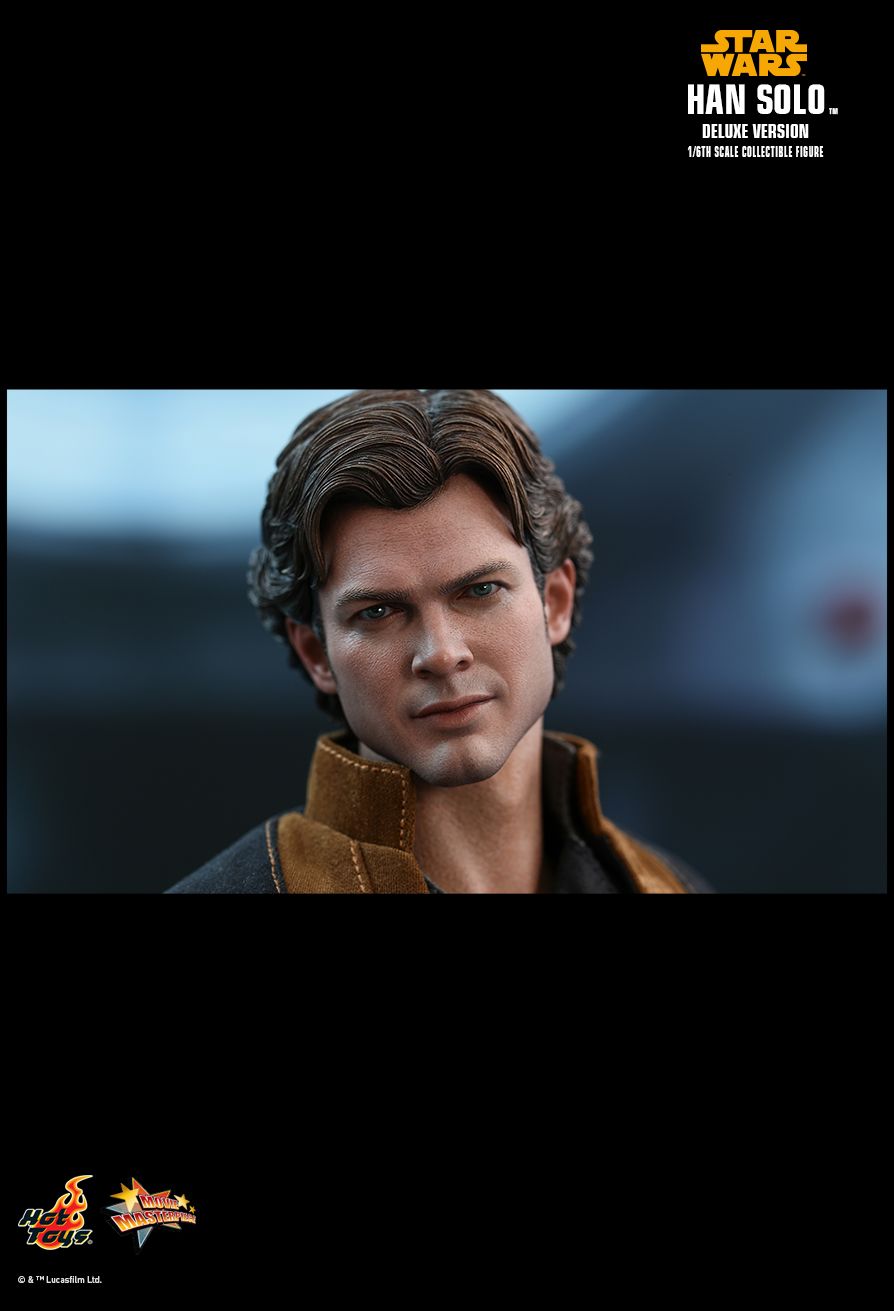