When new villains are on the loose to threaten the safety of New York city, Peter Parker and Spider-Man’s worlds collide. To save the city and those he loves, he must rise up and be greater. To celebrate the grand release of Marvel’s Spider-Man, Hot Toys is excited to bring fans the brand new Spider-Man Cosbabies inspired by one of the highly anticipated video games of the year, Marvel’s Spider-Man.

Inspired by one of the unique suits with special abilities, the newly introduced Spider-Man (Stealth “Big Time” Suit) Cosbaby (S) Bobble-Head presents the wall-crawler in his black Stealth (“Big Time”) Suit with a bright neon green spider symbol in chest! This Spider-Man Cosbaby measured about 9 cm tall features magnetic function and unique bobble-head function is only available in selected markets! 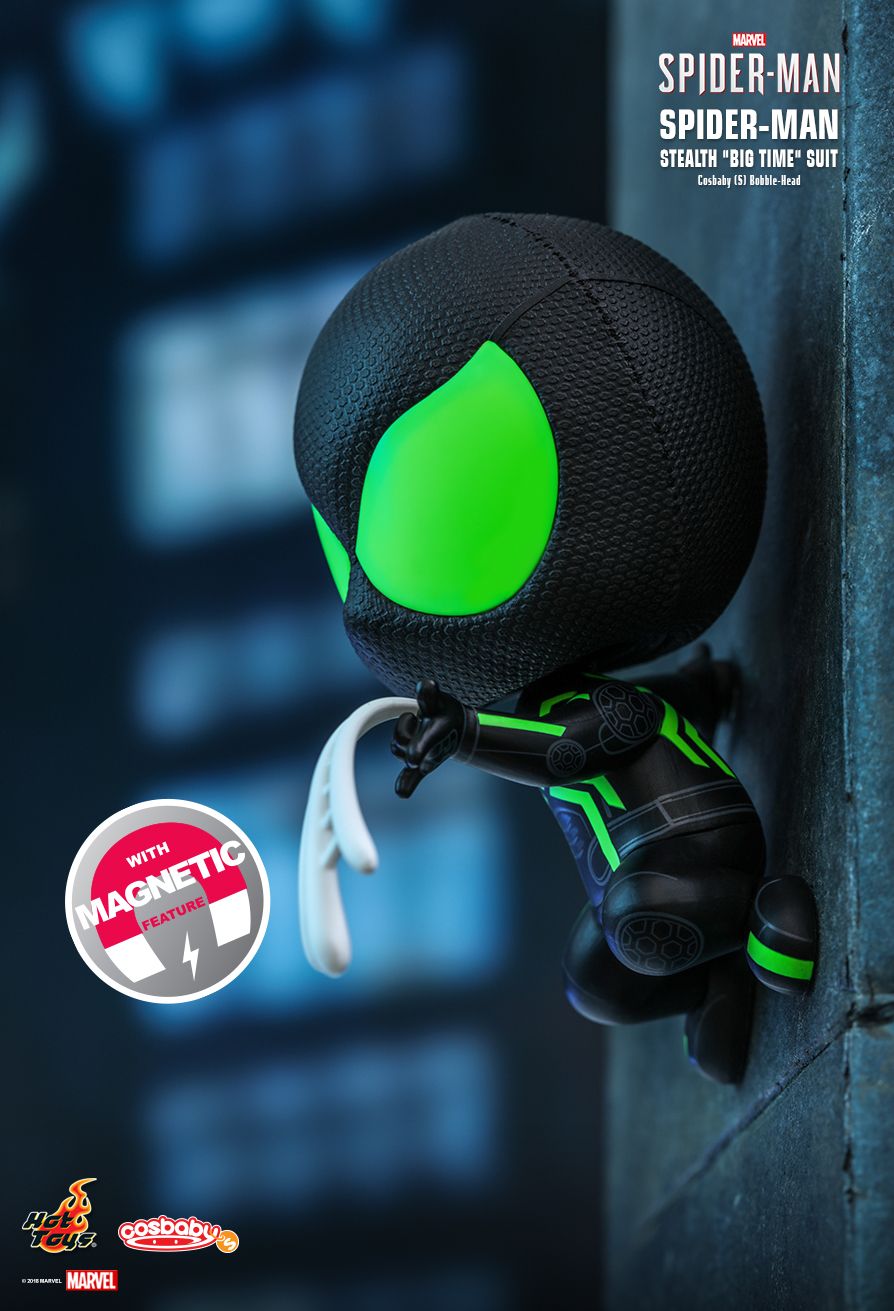 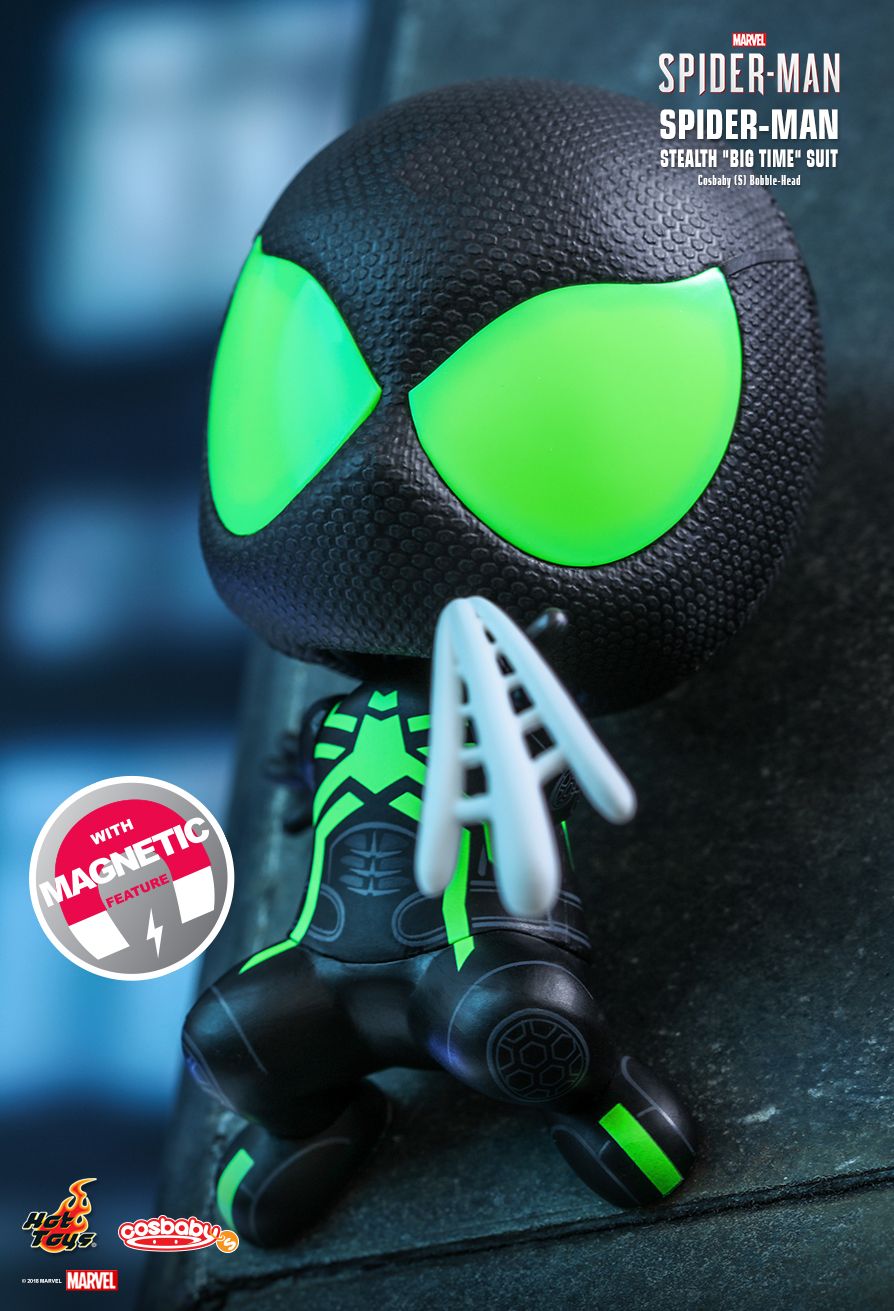 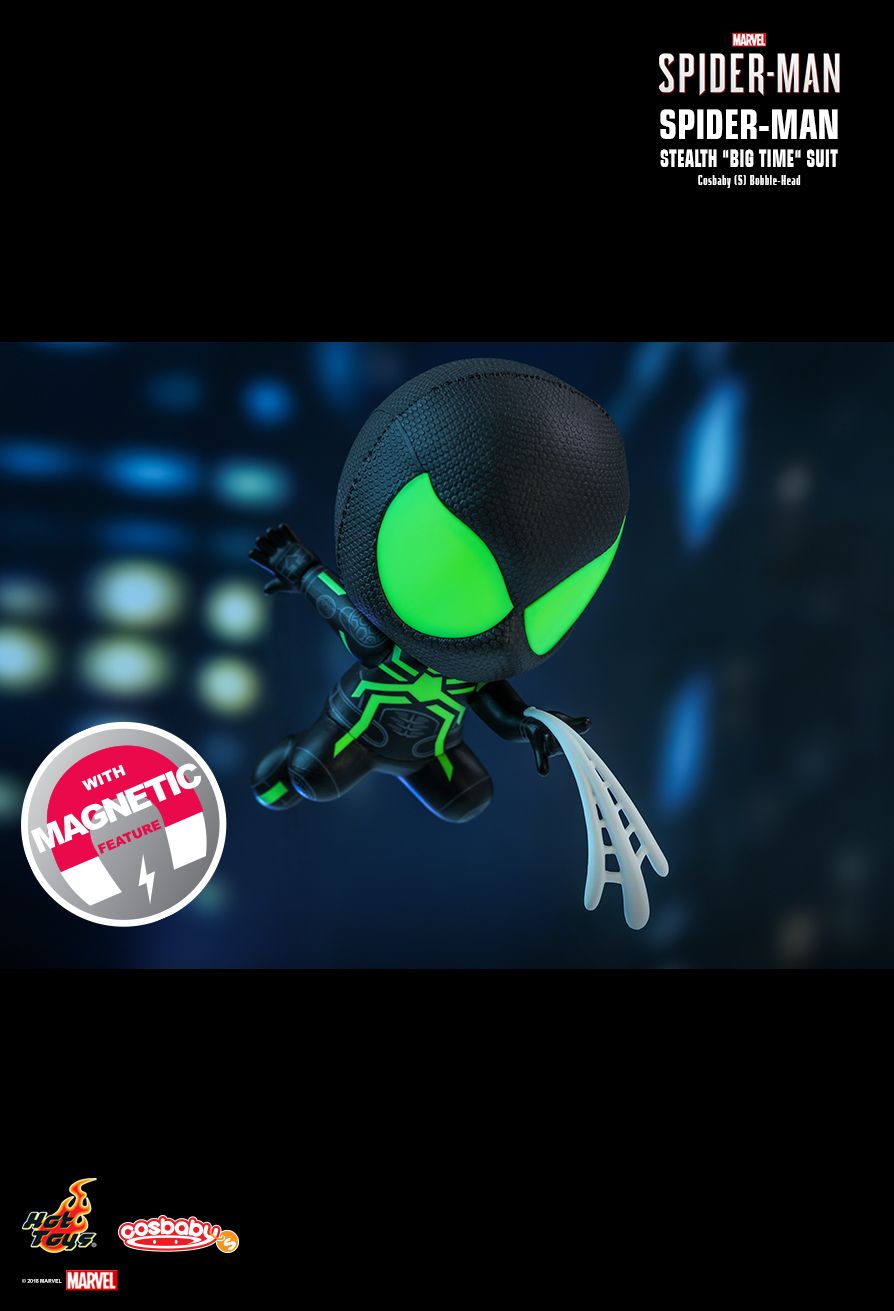