Frank Castle, known as the Punisher, got his hands on a War Machine suit of armor and waged a one-man war against crime. He can not only deal with injustice in the most permanent ways possible, he can do so without fear of damage from conventional weapons. He’s unstoppable. He’s over-powered. Now the whole world is on edge as Punisher has the means to travel long and far to find targets to be punished.

Standing approximately 32.5cm in height, the collectible figure is expertly crafted based on the appearance of The Punisher in the game. It features a newly developed head sculpt and an interchangeable highly-detailed helmeted head with LED light-up function, metallic black and silver colored armor with white skull motifs and weathering effects, LED light-up repuslors, a mini-gun on shoulder with an ammo belt, an articulated back-mounted shoulder cannon, attachable real-like thrust fire effect accessories and a specially designed figure stand! 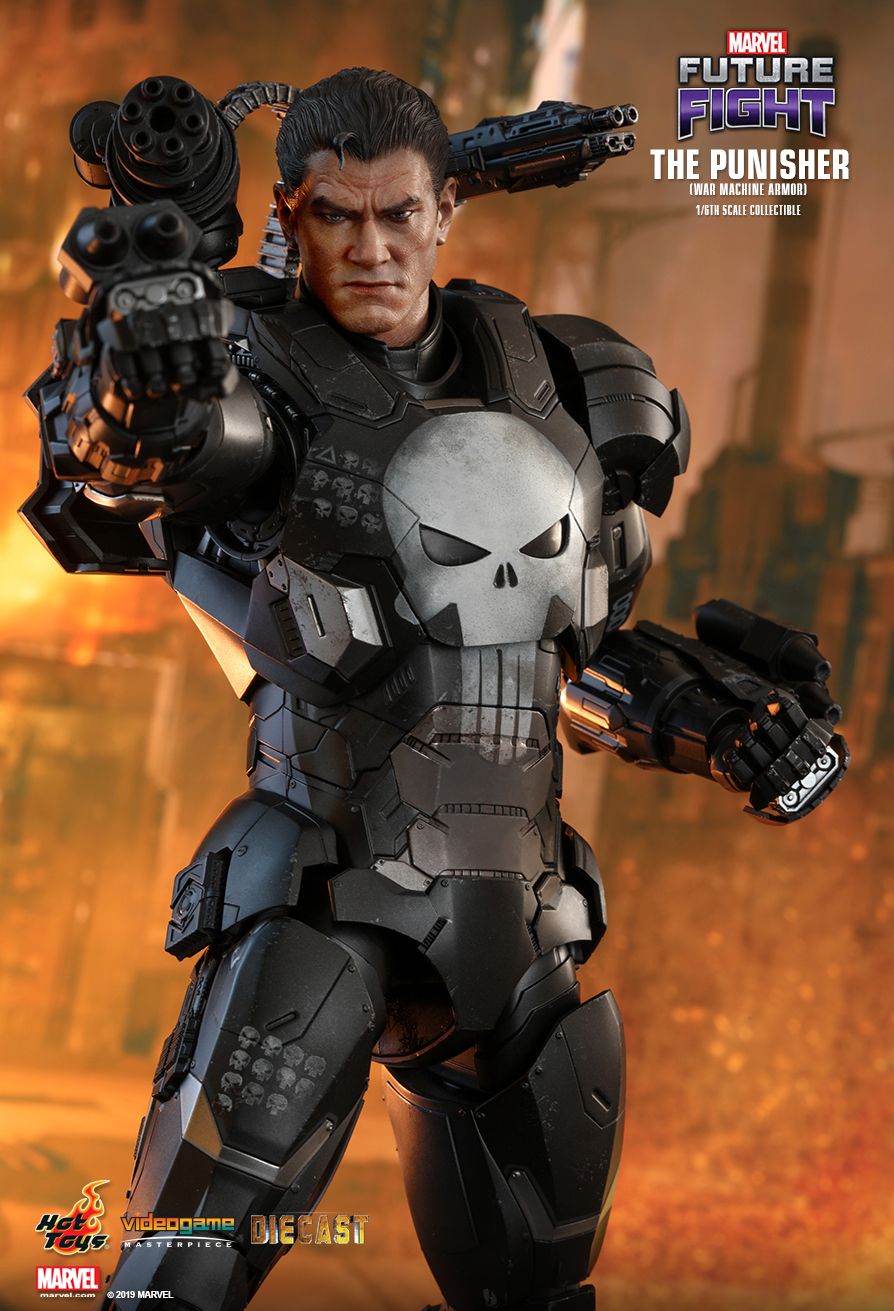 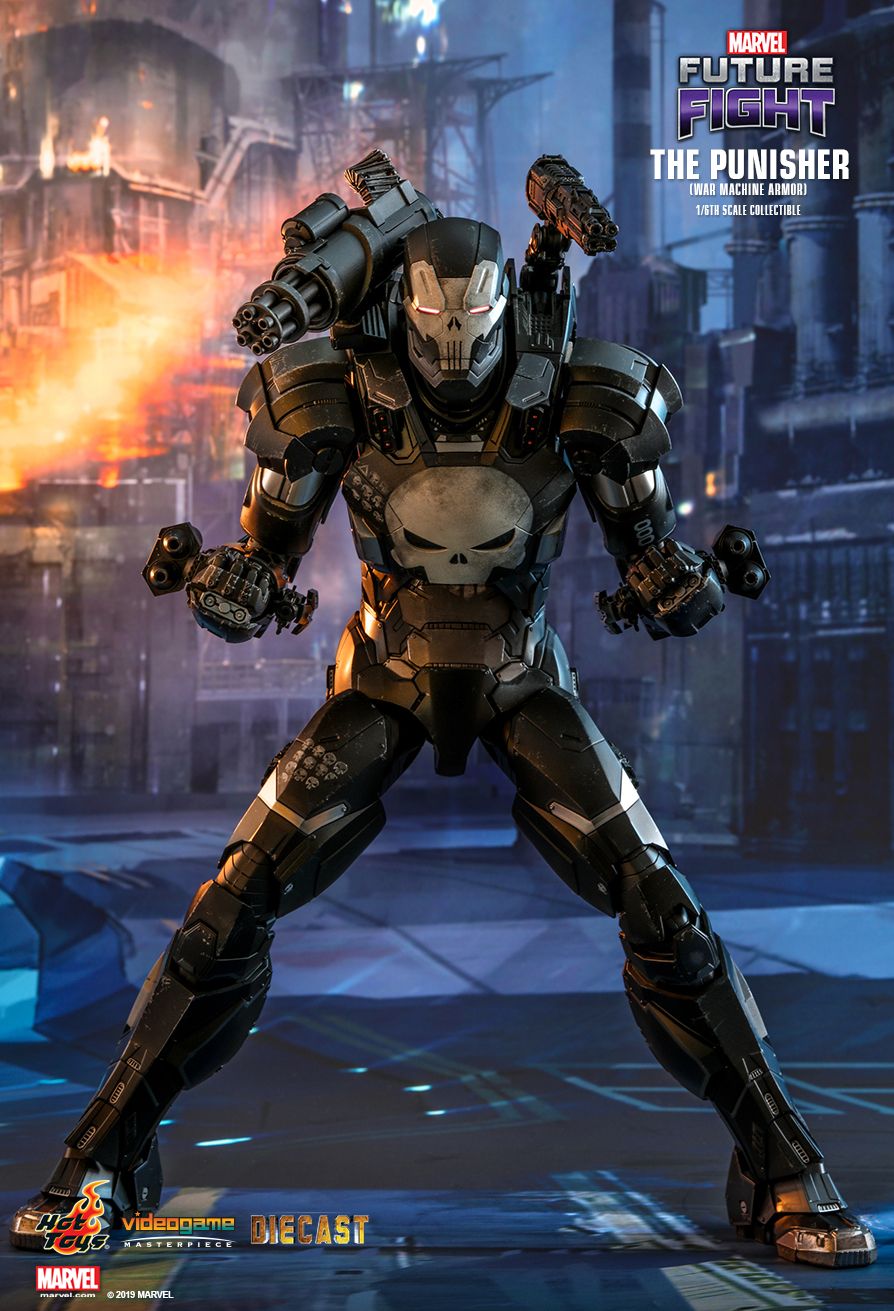 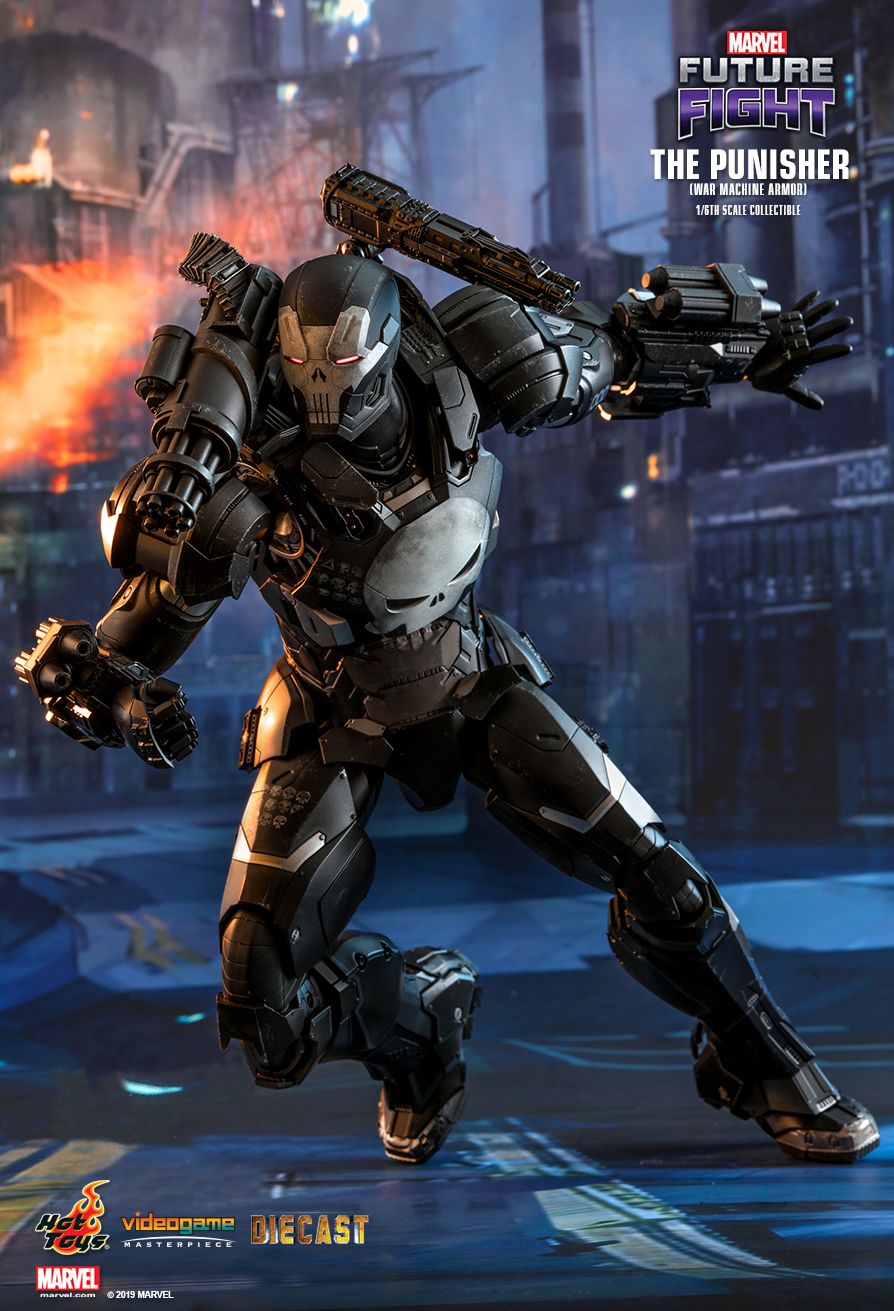 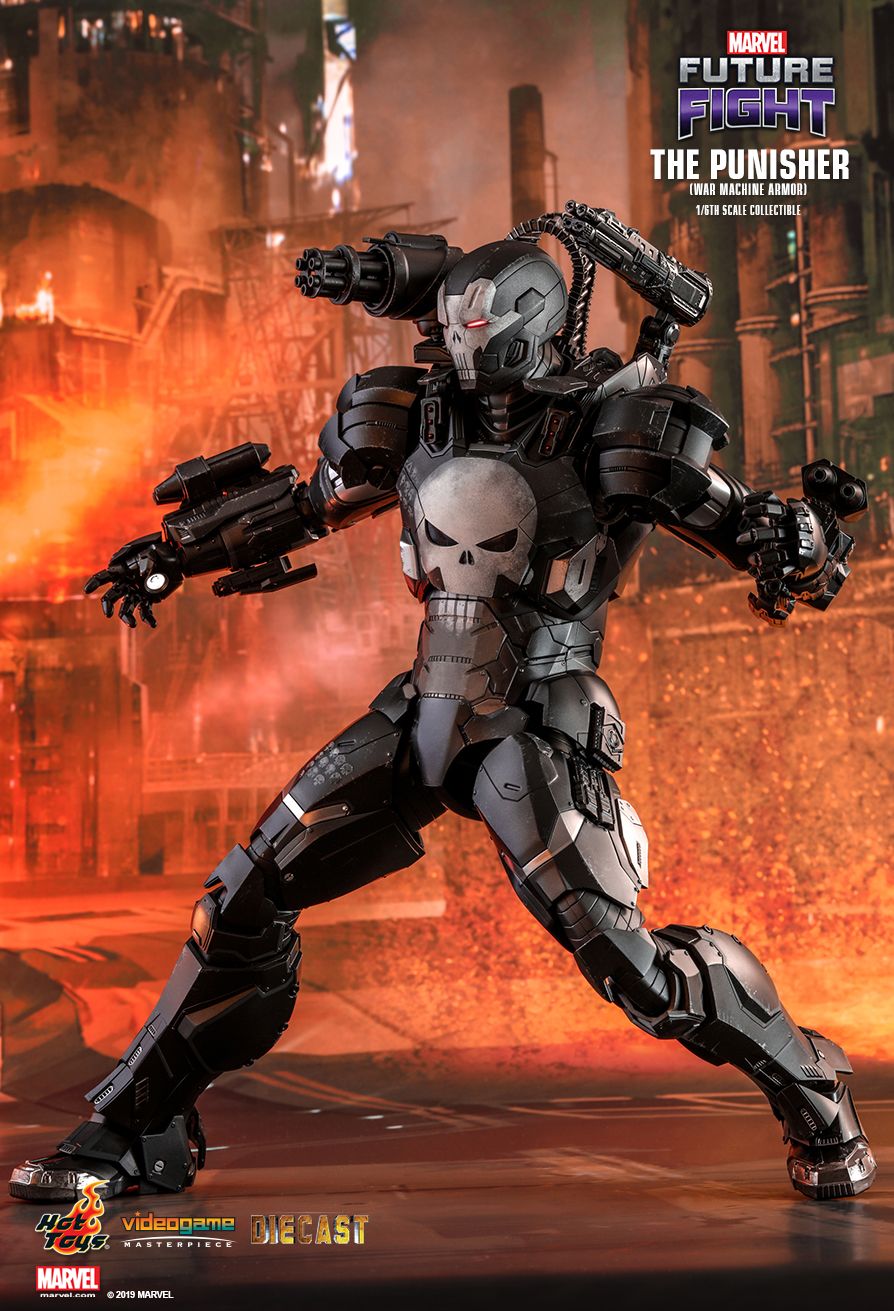 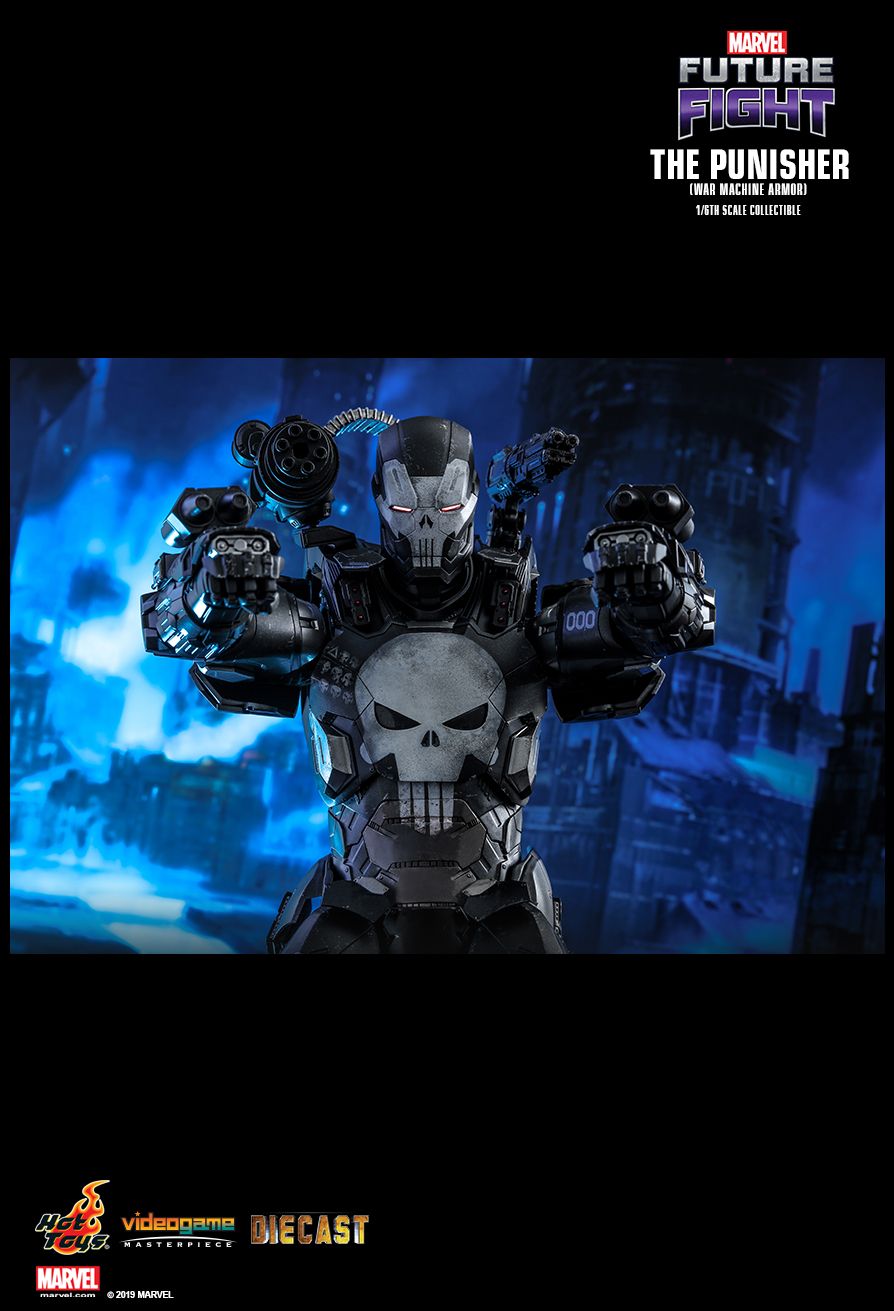 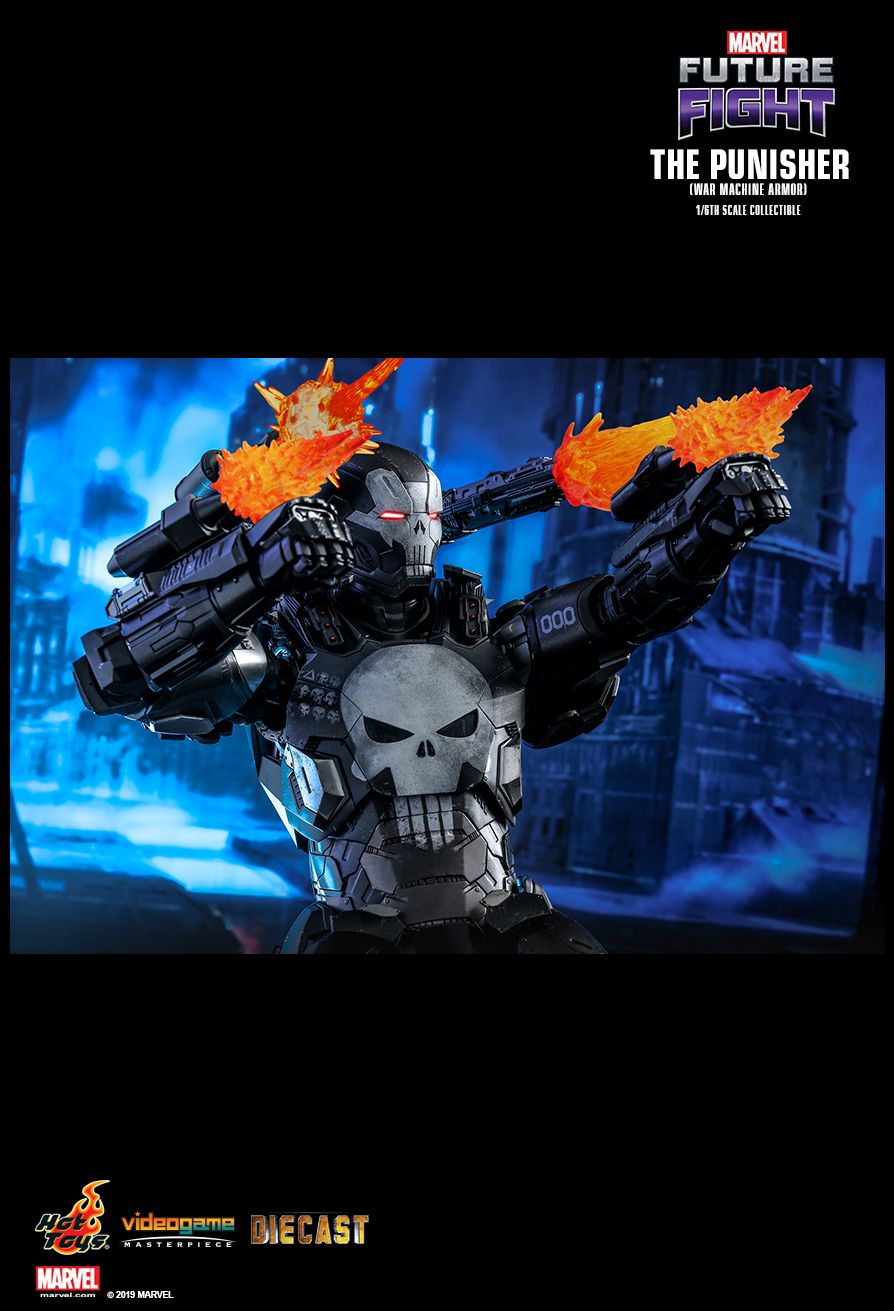 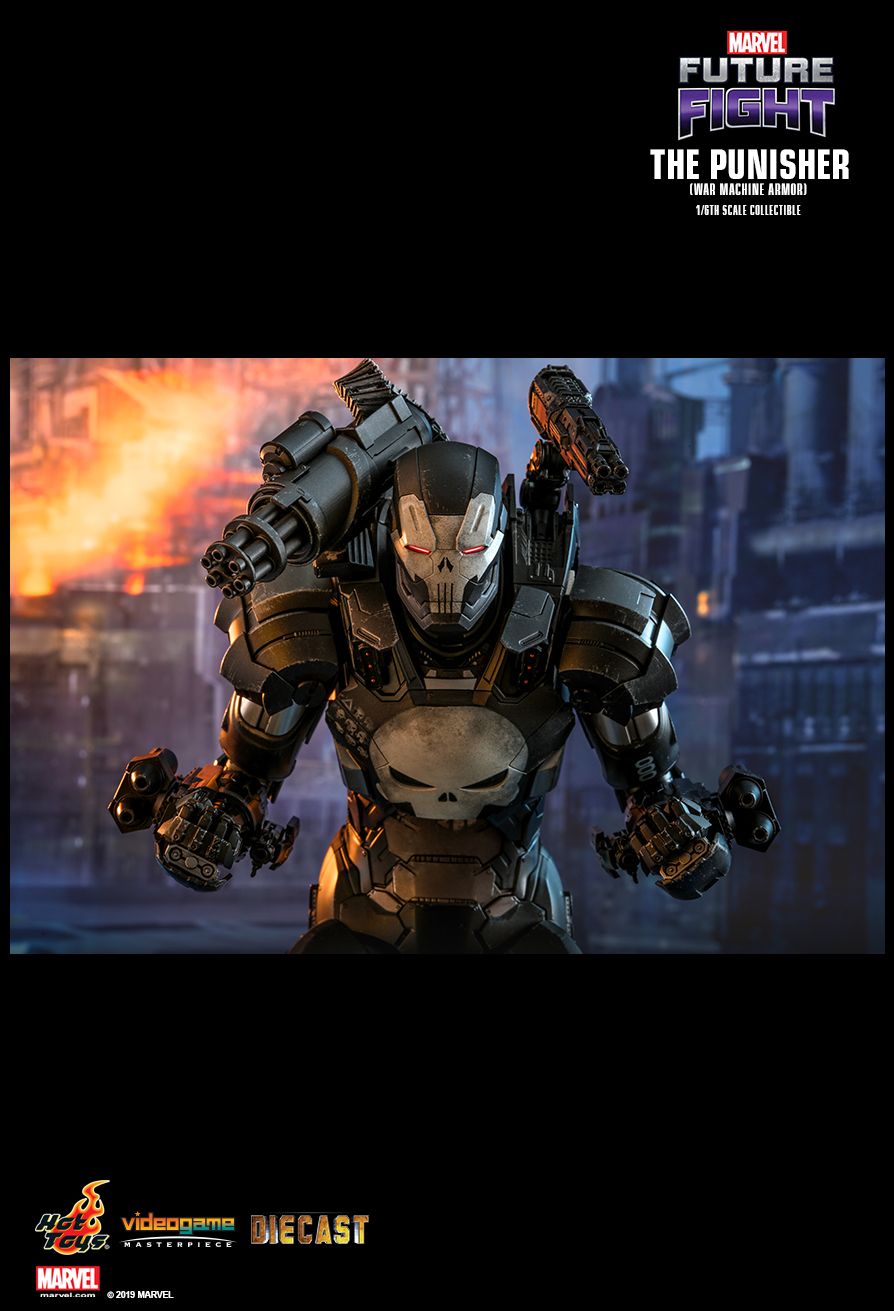 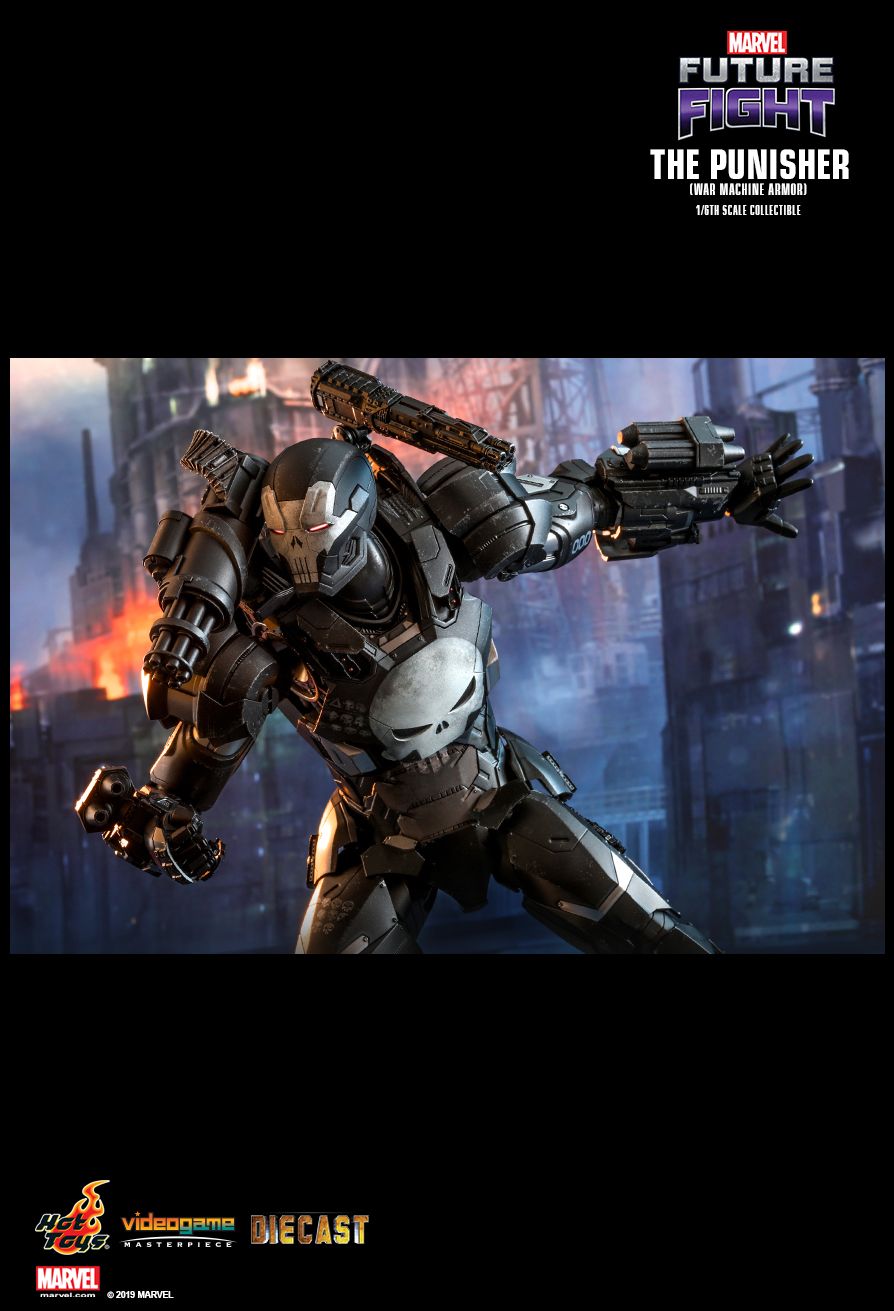 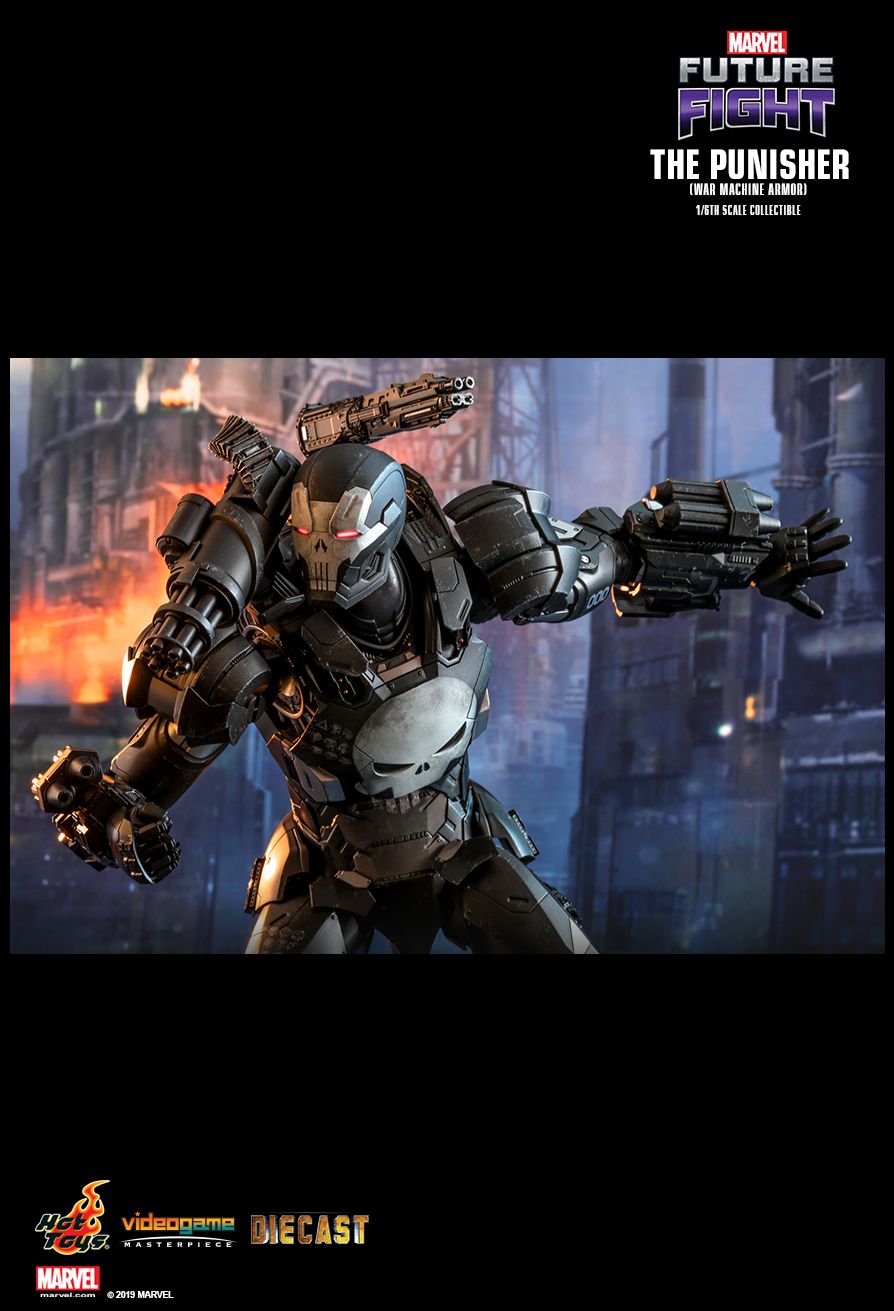 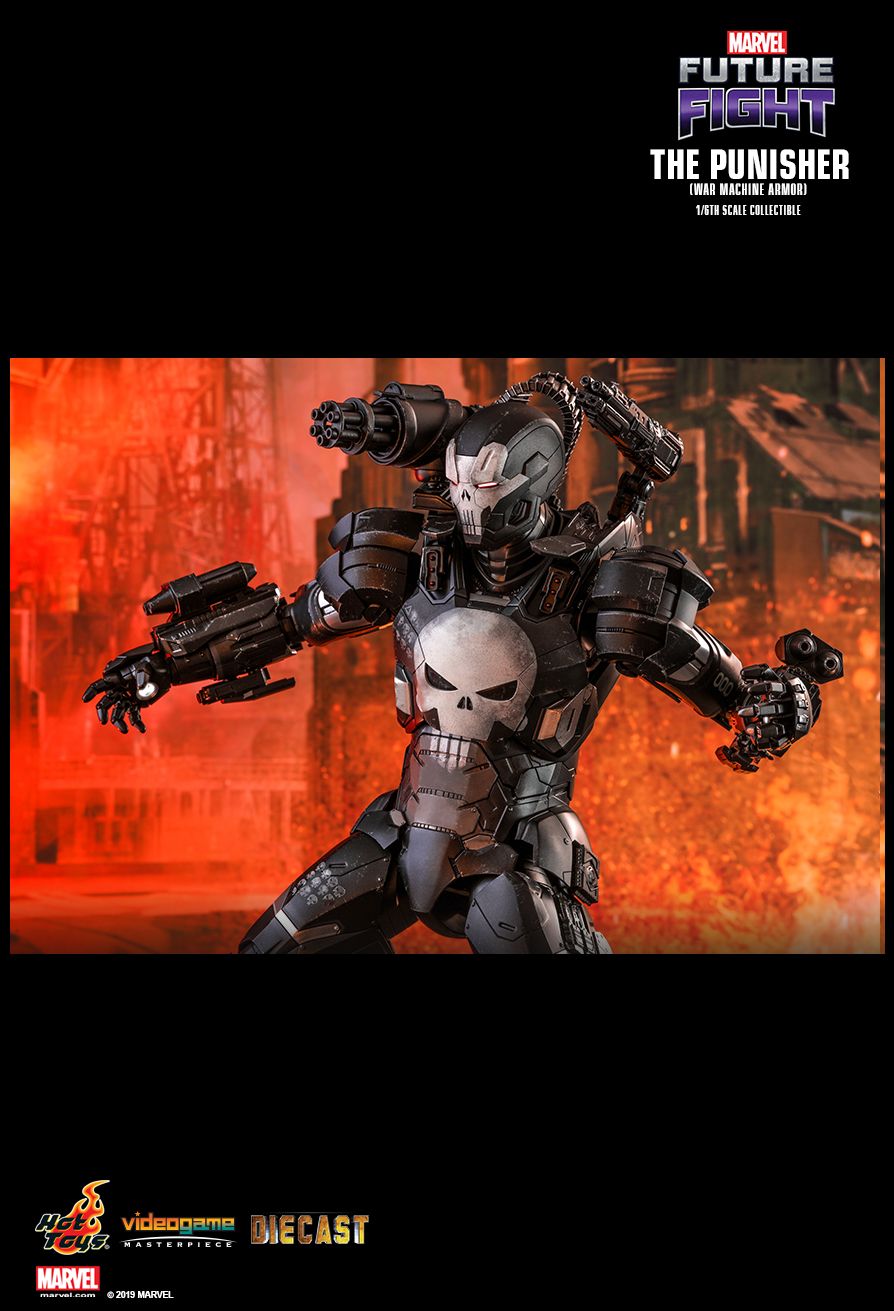 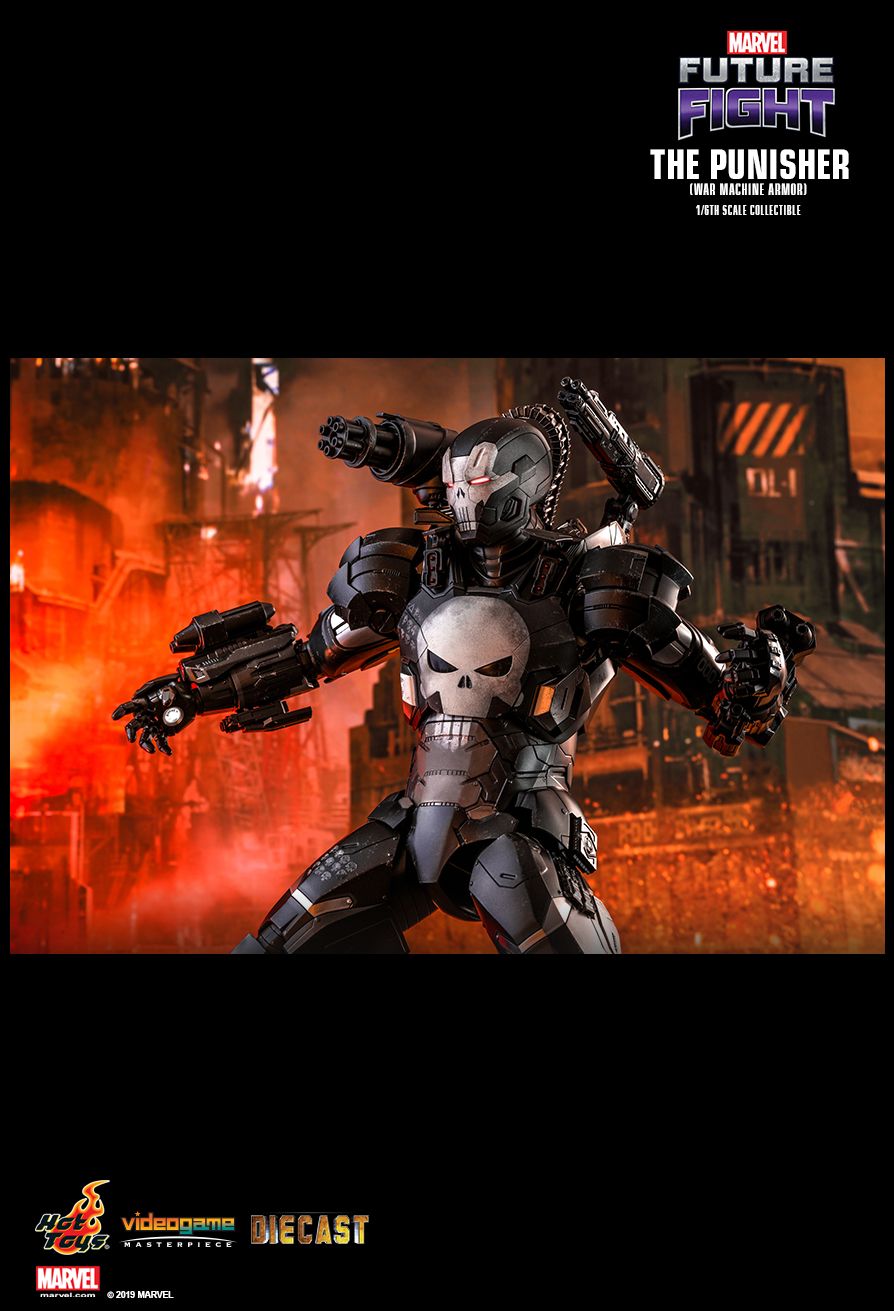 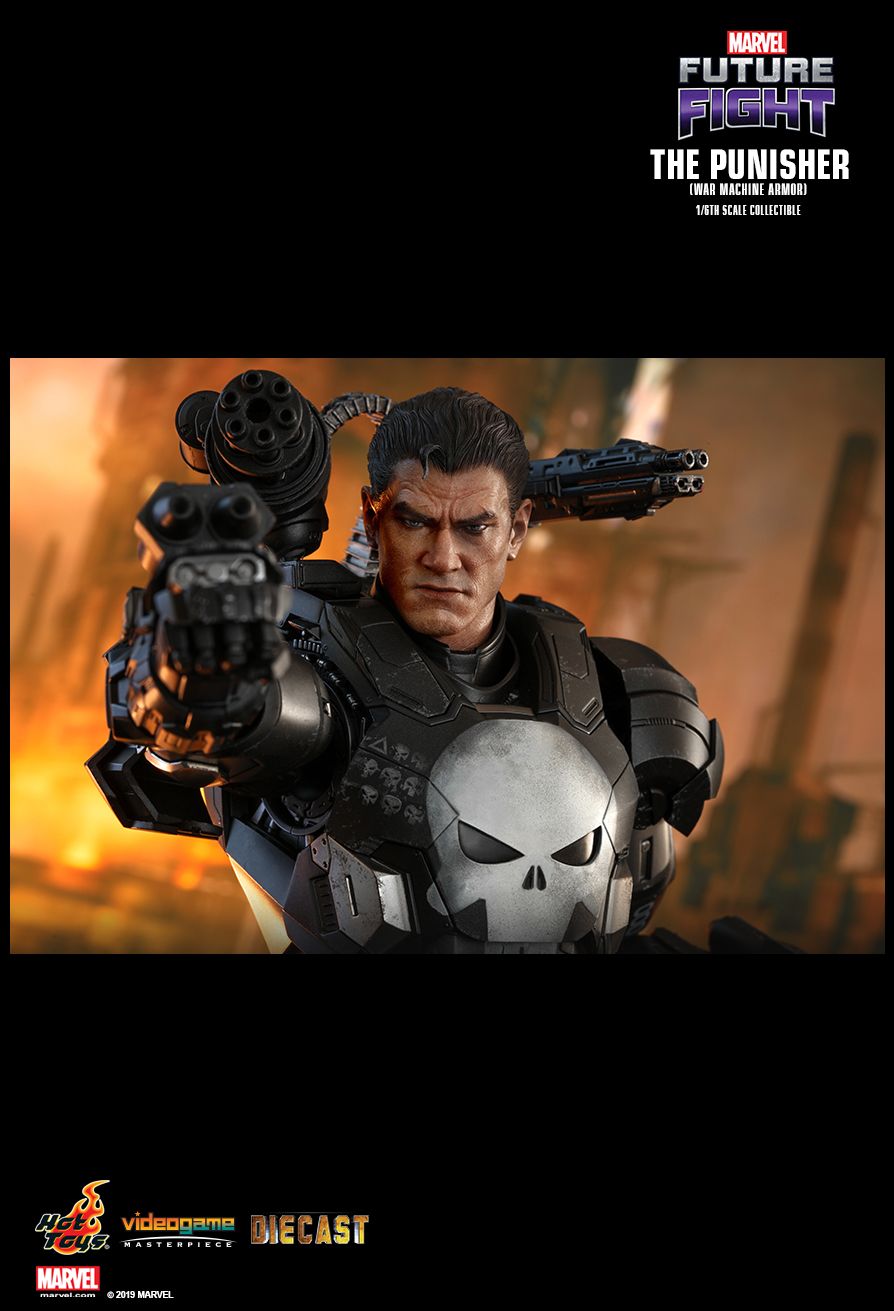 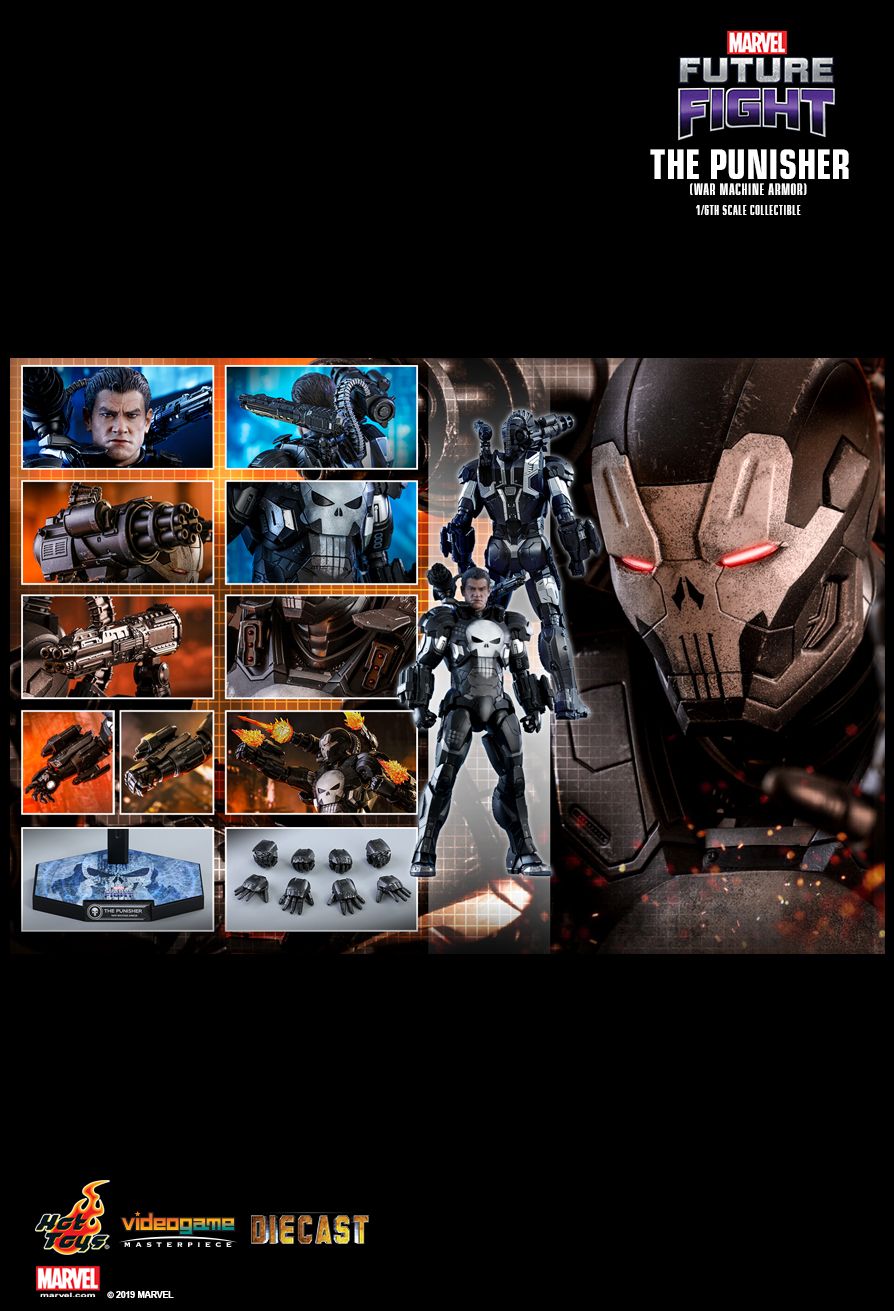