“Don’t start celebrating yet guys. We got more incoming outside the dome!”

Everything the Avengers have fought for has led up to this moment – the fate of Earth and existence itself has never been more uncertain. In replacement of James Rhodes’s third War Machine armor, War Machine Mark IV is a new Marine-like armor designed by Tony Stark used during the Battle of Wakanda. This upgraded armor with heavily mounted machine is designed to coordination with Rhode smoothly.

Today, Hot Toys is very excited to introduce the brand new 1/6th scale War Machine Mark IV Collectible Figure from Marvel Studios’ Avengers: Infinity War – to our MMS Diecast series which the collectible figure is made of diecast material, and realistically designed to look even more like the armor as it appears in the film.

A Special Edition only available in selected countries will specially included a battle damaged Outrider diorama attachable to the figure stand and an interchangeable rocky ground graphic card. 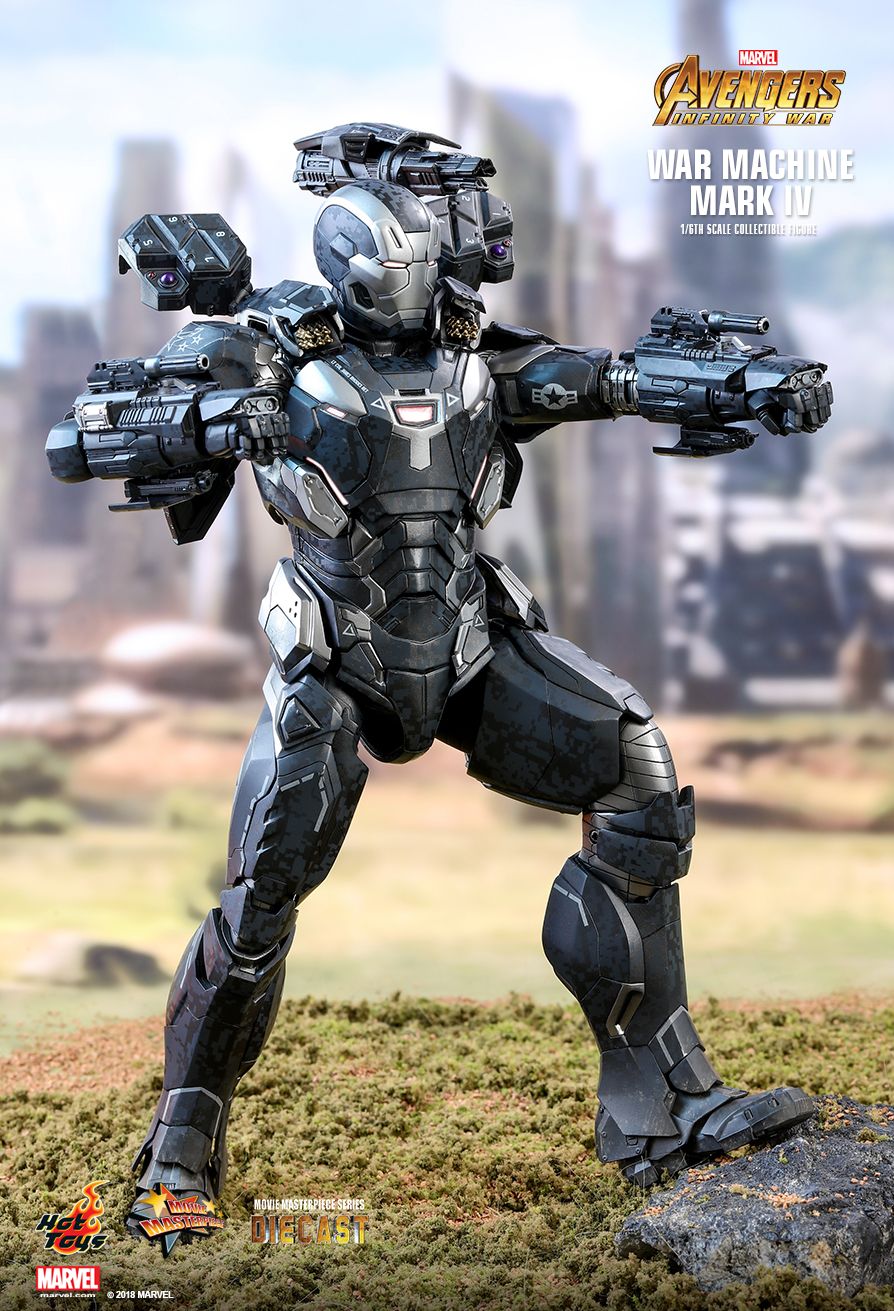 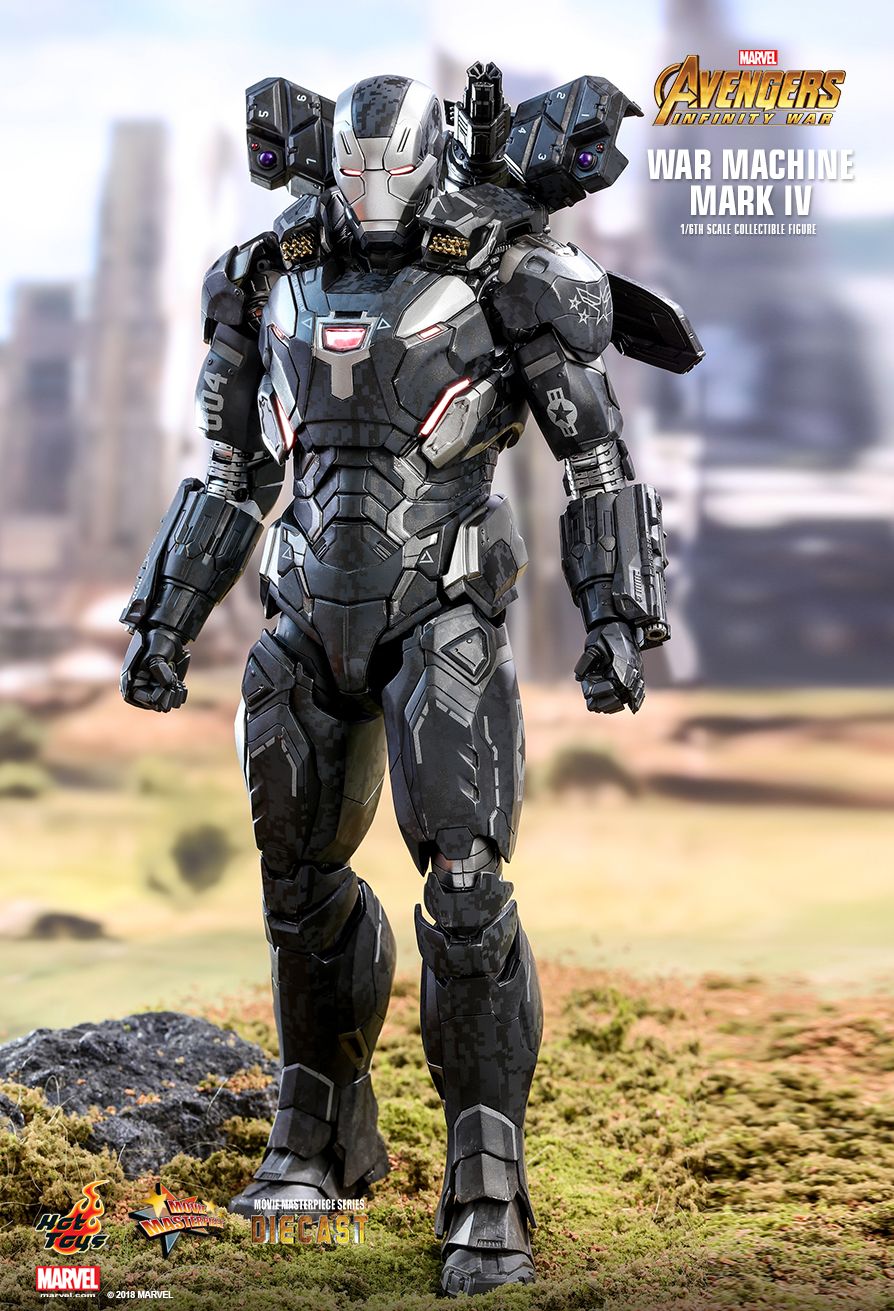 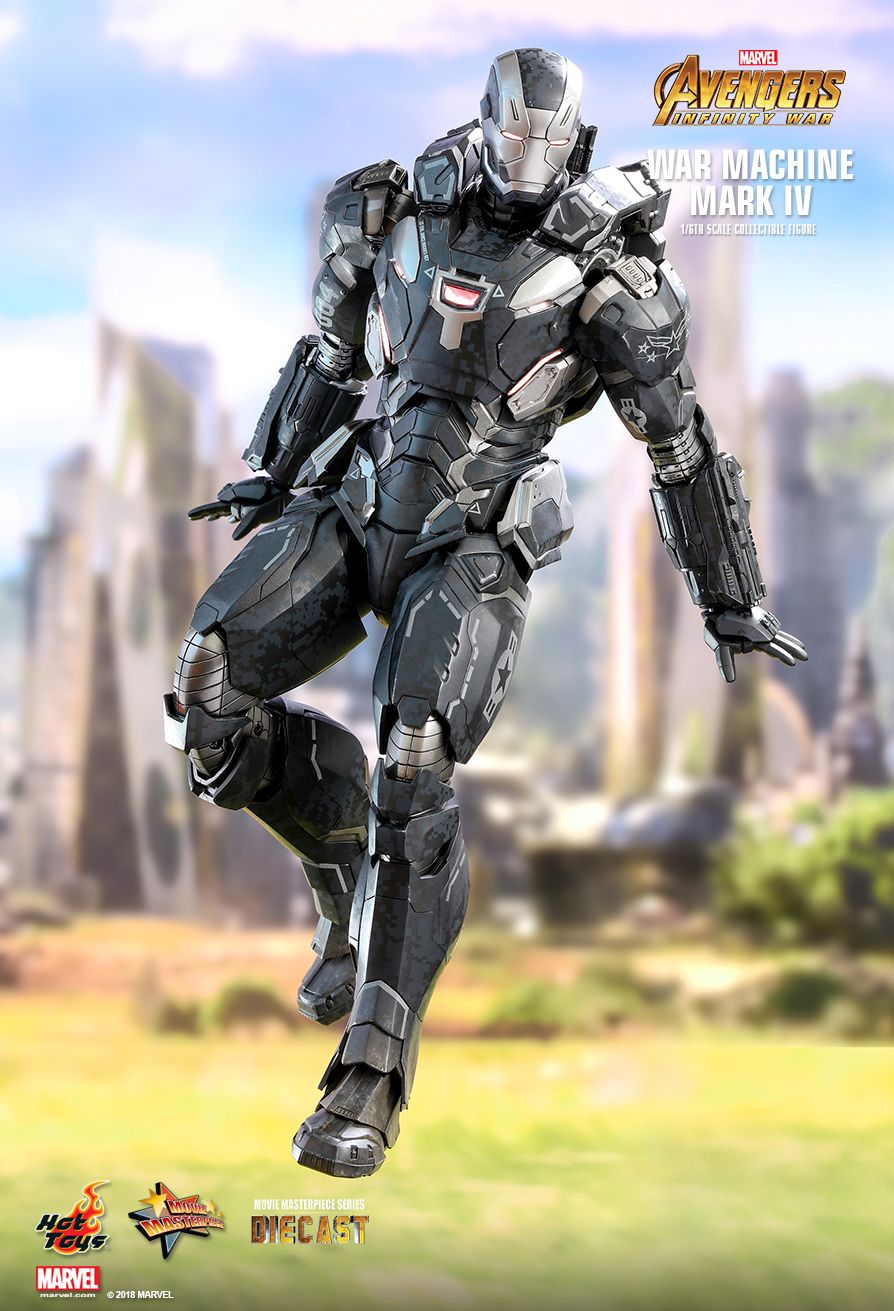 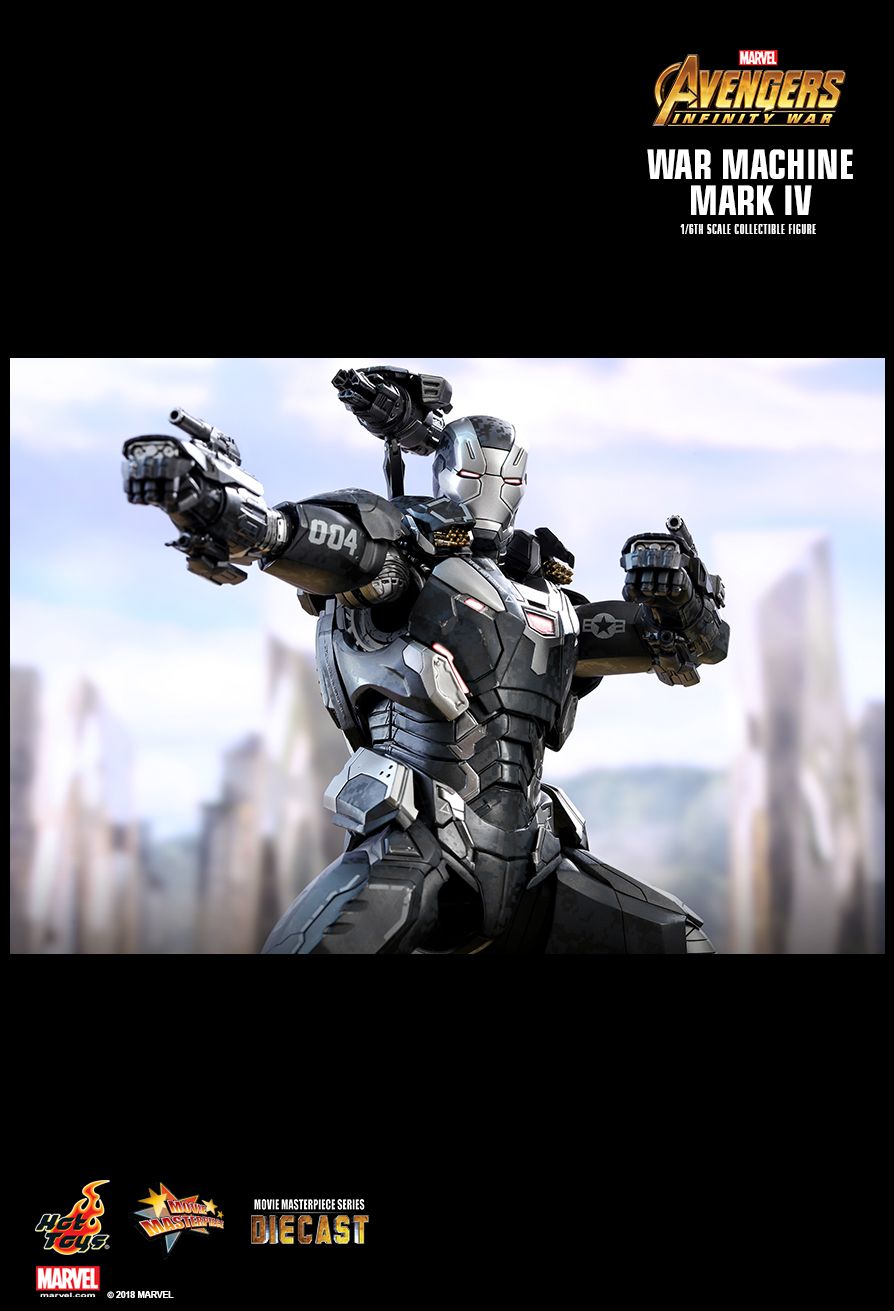 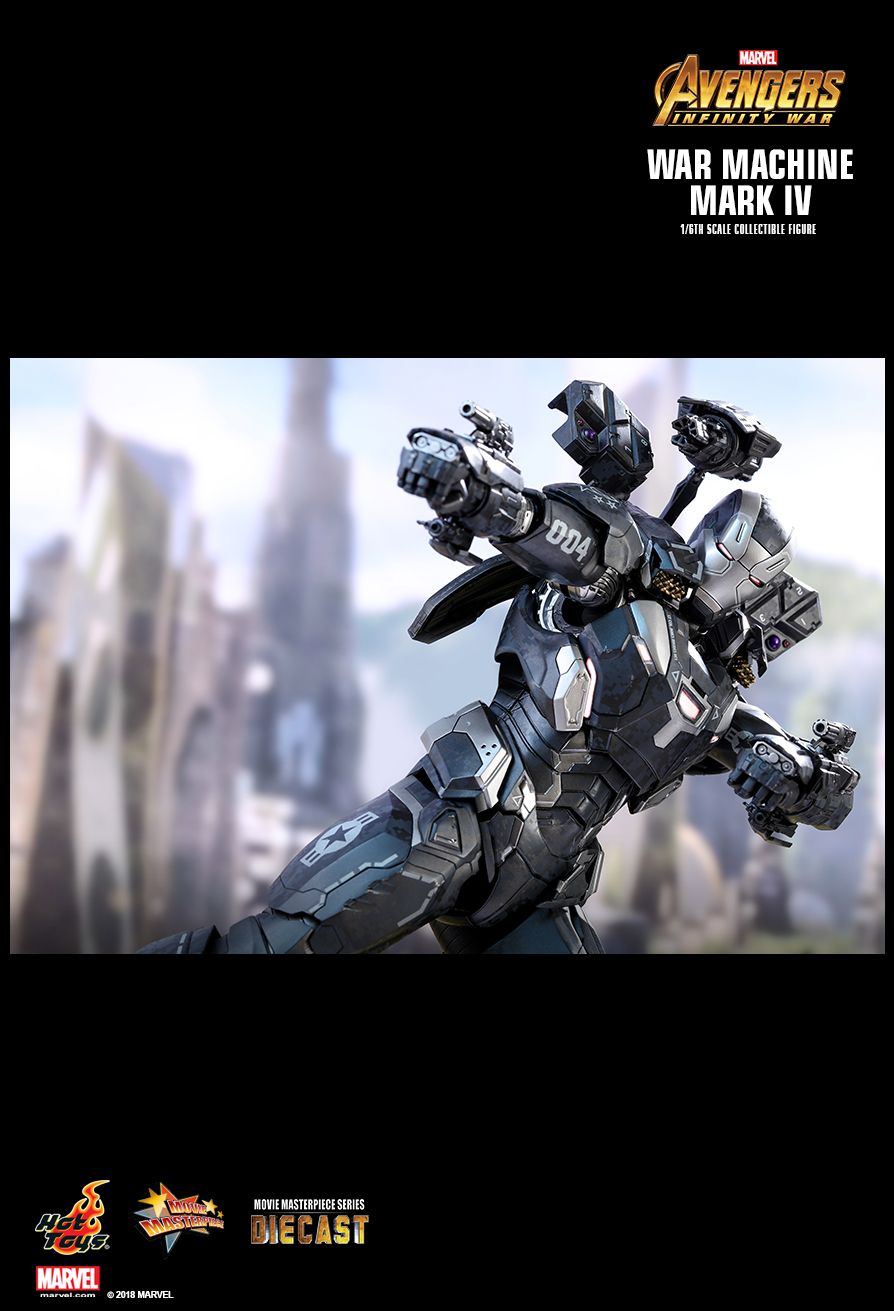 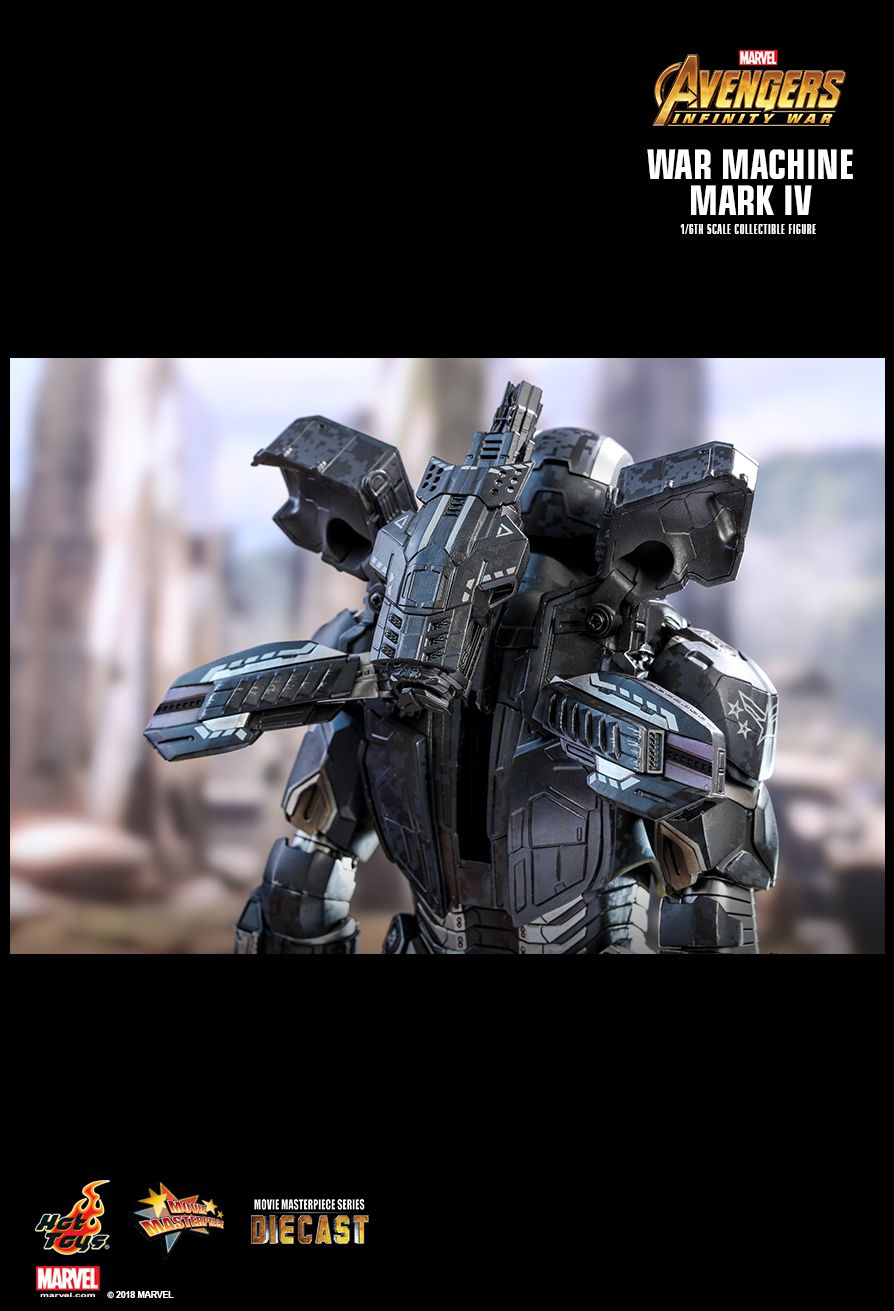 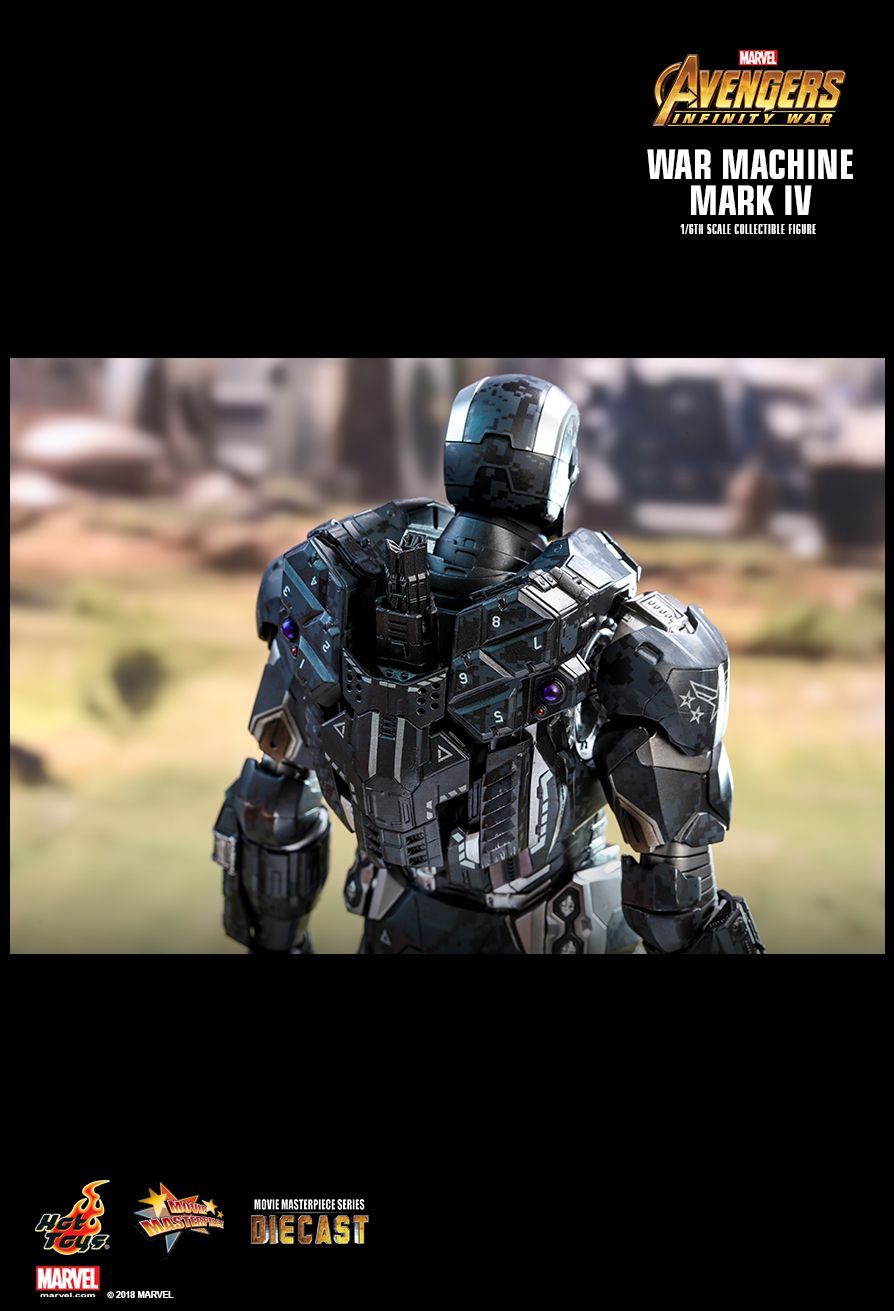 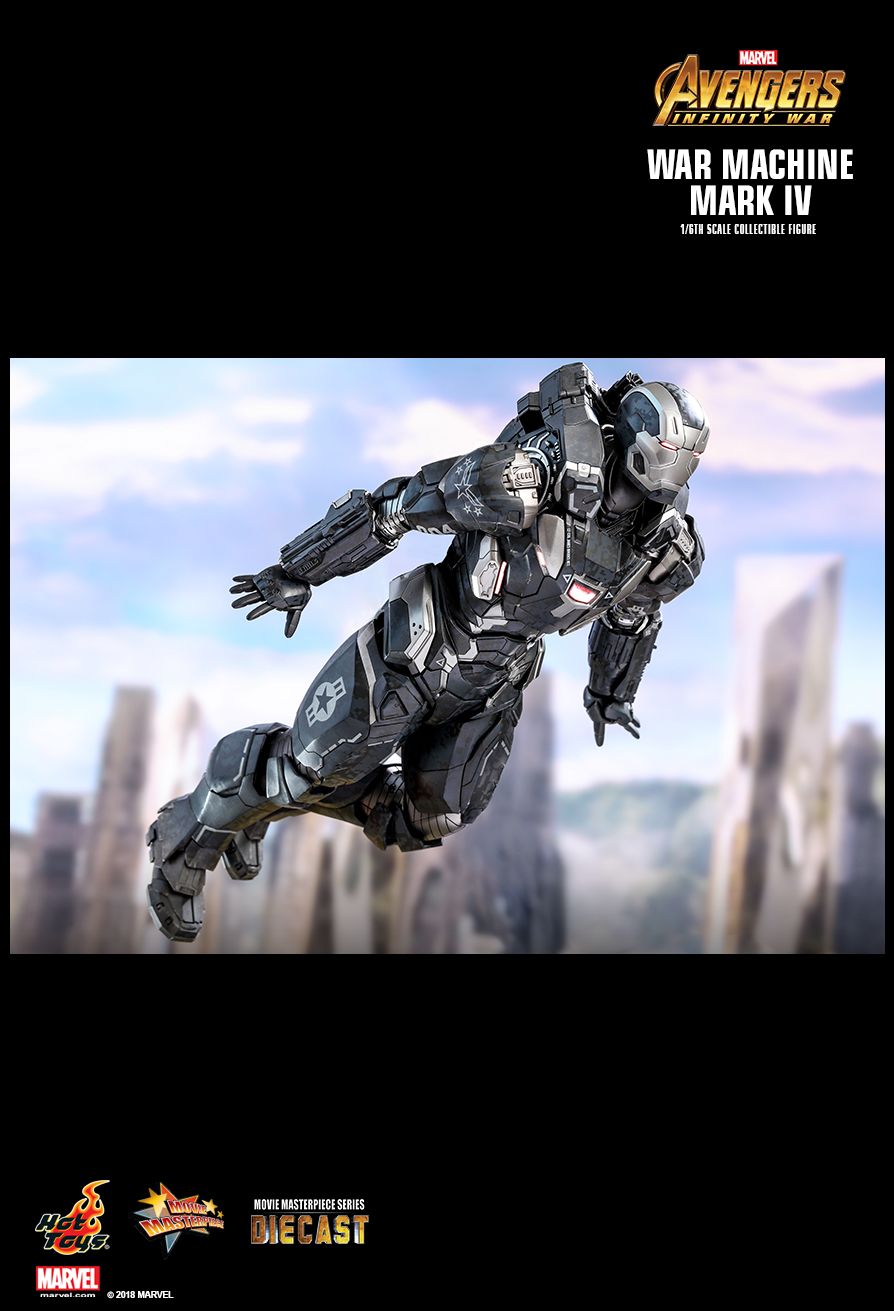 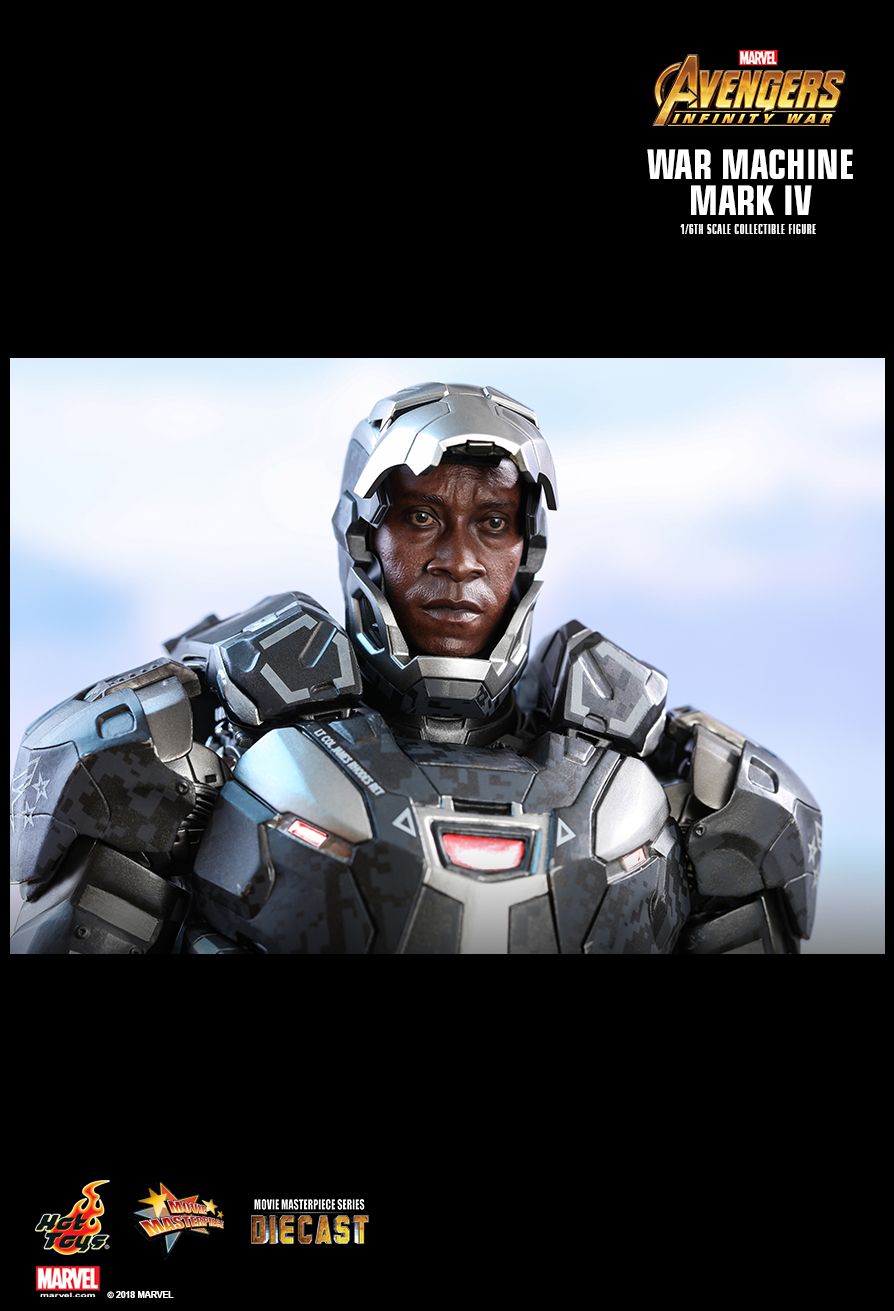 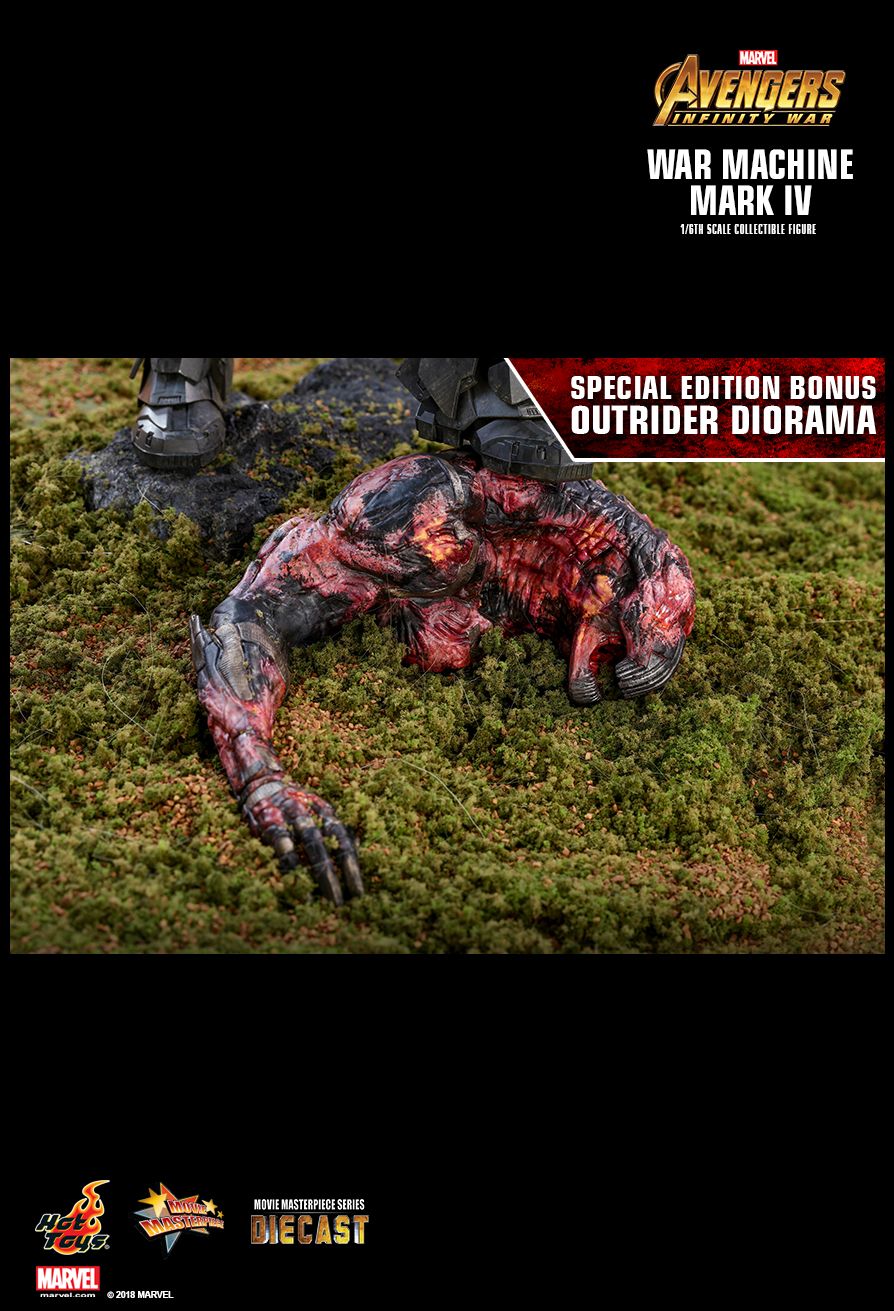 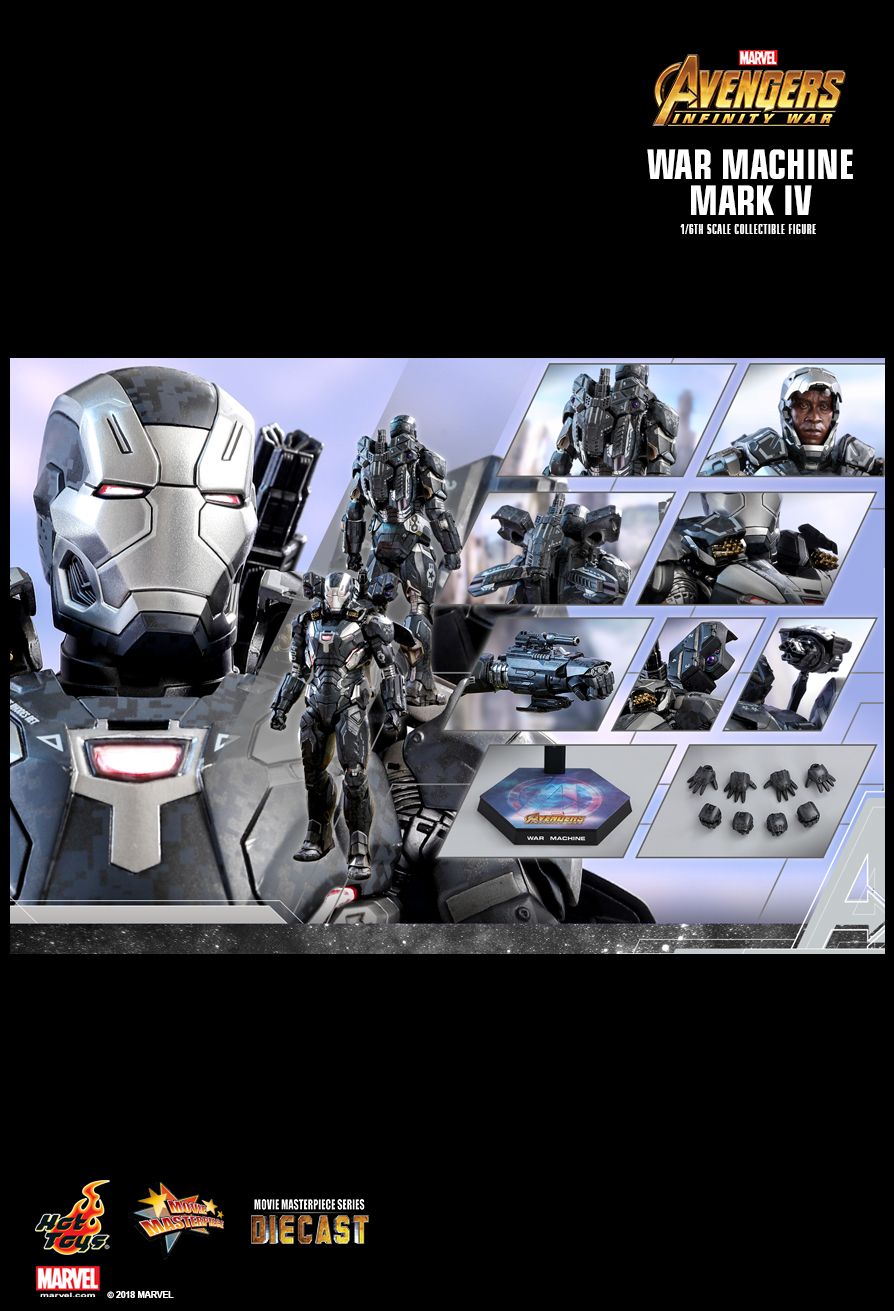