It’s all been leading to this. The long-awaited Marvel Studios’ blockbuster of 2018, Avengers: Infinity War is almost upon us! Captain America, the super-soldier has remained under the radar while continuing to do what he believes is right – saving the world one clandestine mission at a time, is assembling again with the Avengers in order to save Earth from the menacing threat of Thanos!

With exquisite craftsmanship, the true-to-movie 1/6th scale Captain America is meticulously crafted based on the appearance of Chris Evans as Captain America/Steve Rogers with incredible likeness. The realistic looking collectible features a newly developed head sculpt with detailed hair and beard sculpture, a completely newly developed body which portray Captain America’s muscularly-toned body, a striking newly tailored Captain America suit with battle damaged parts on chest revealing the scale patterns underneath, a pair of articulated shield from the technological advanced nation of Wakanda, a specially designed movie-themed figure stand, and a mystery weapon to be revealed after movie release.

Moreover, a highly detailed Outrider diorama attachable to the figure stand and an additional Exclusive Mystery Weapon to be revealed after movie release are only included in this very special MOVIE PROMO EDITION! This stylish and extraordinary interpretation of the Captain America figure is a unique collectible for sophisticated fans and collectors and it is only available in selected markets!

Weapons:
– One (1) pair of newly crafted black-colored articulated Wakanda shields with silver-colored trim
– One (1) Mystery Weapon to be revealed after movie release 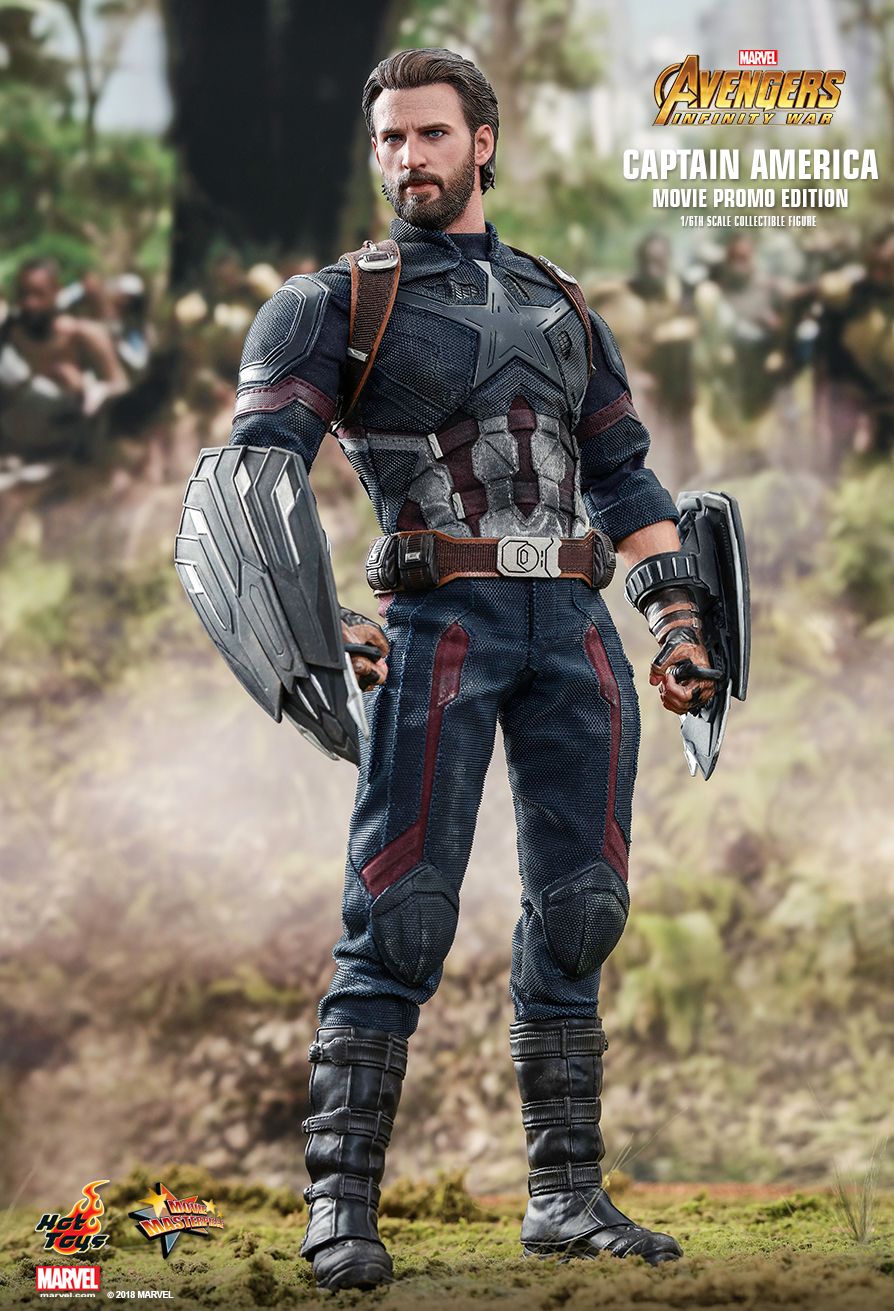 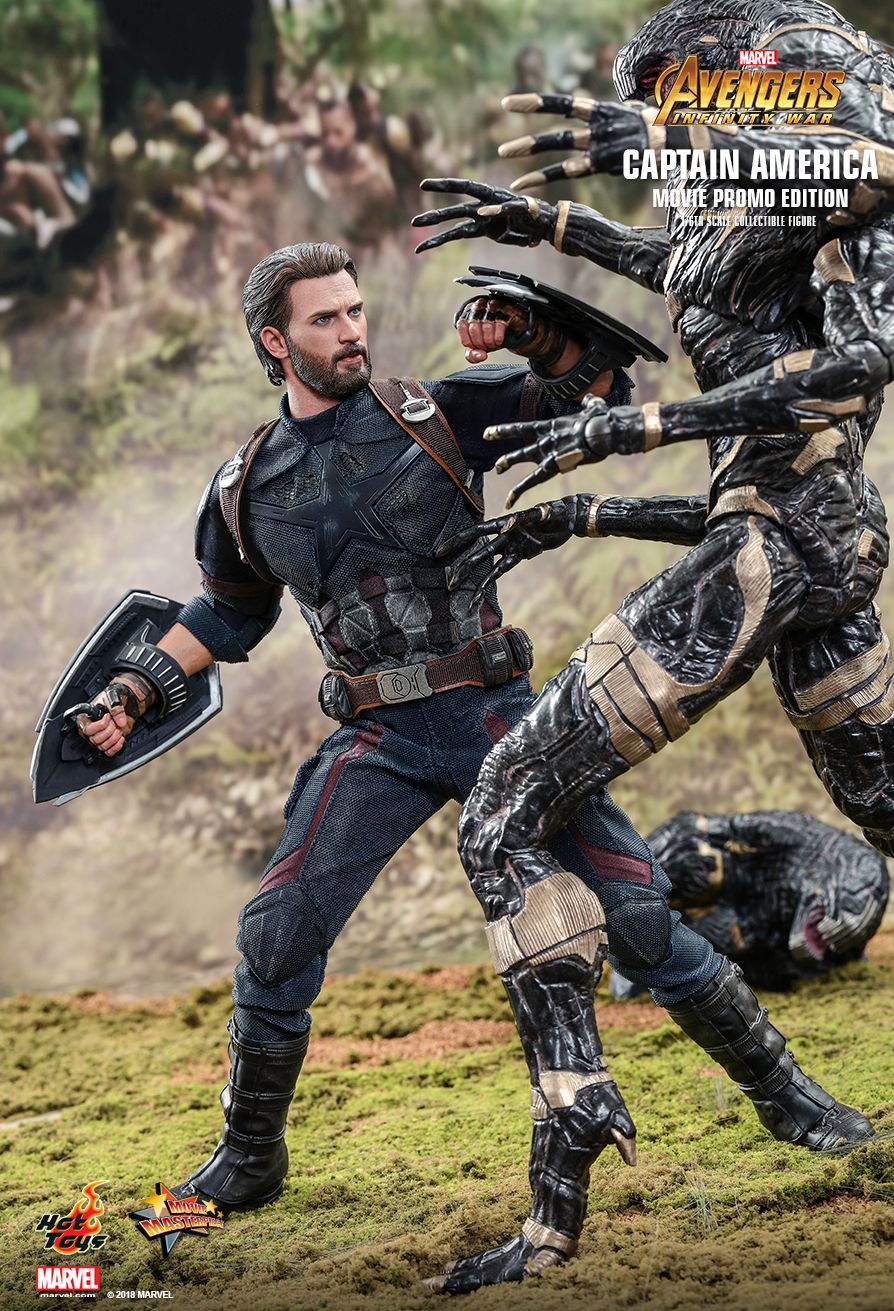 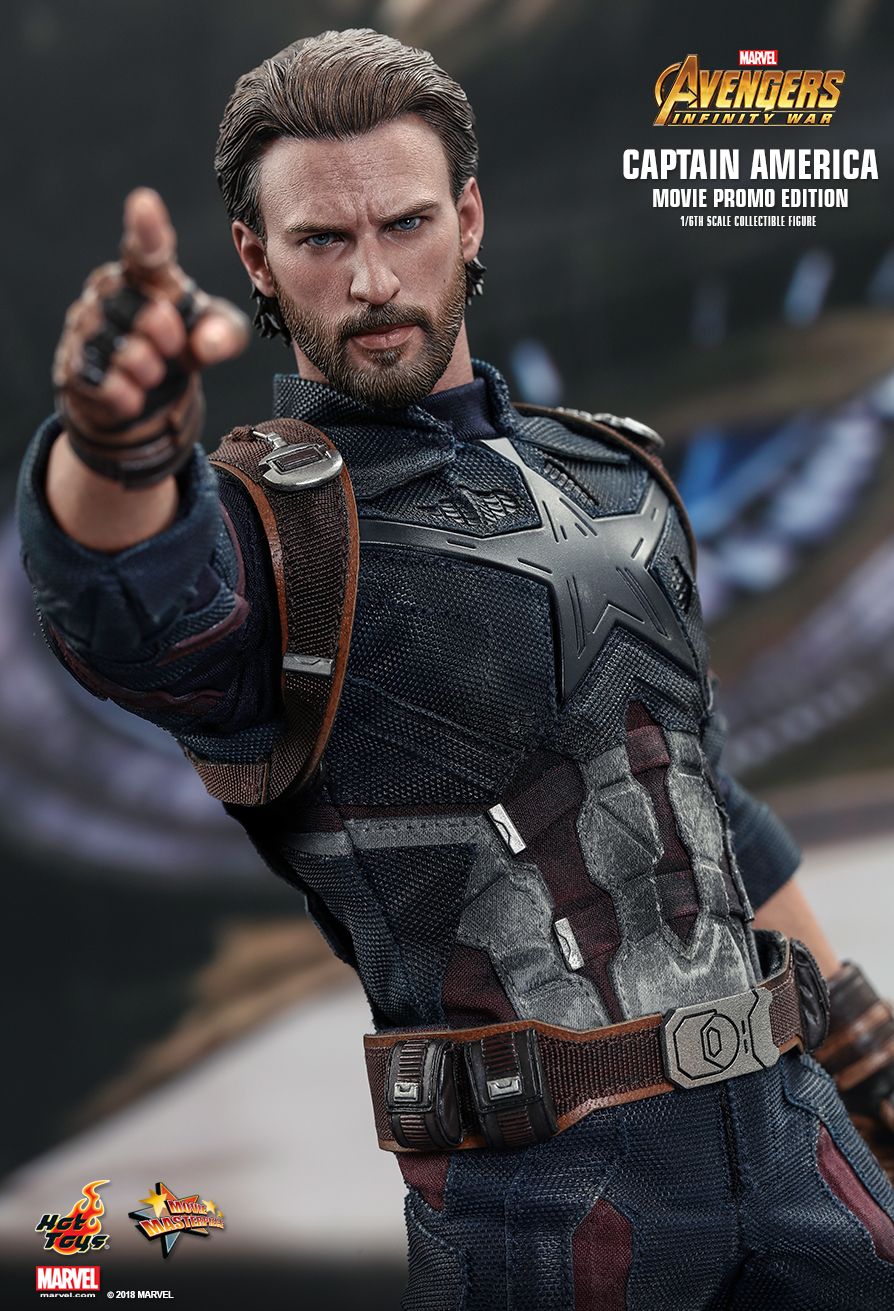 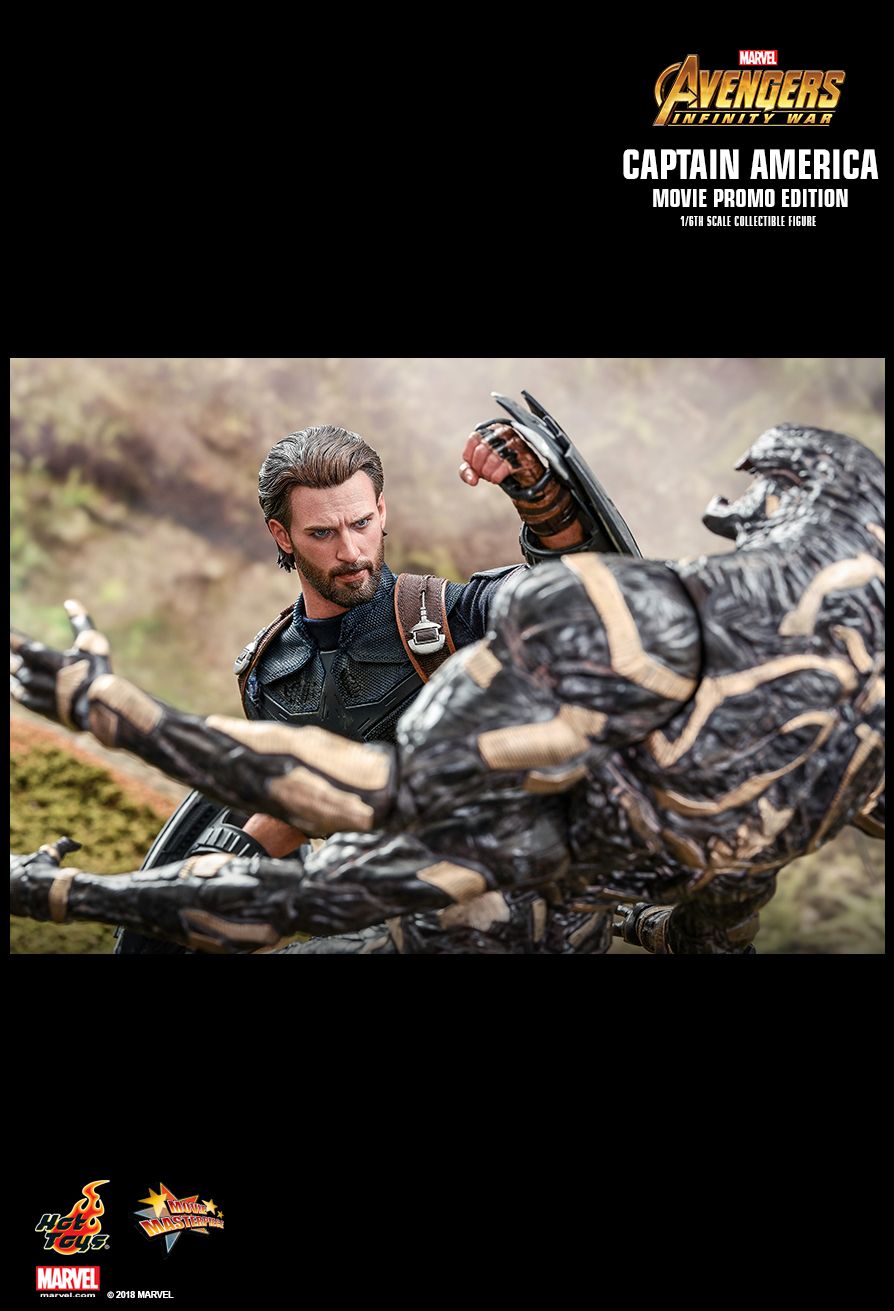 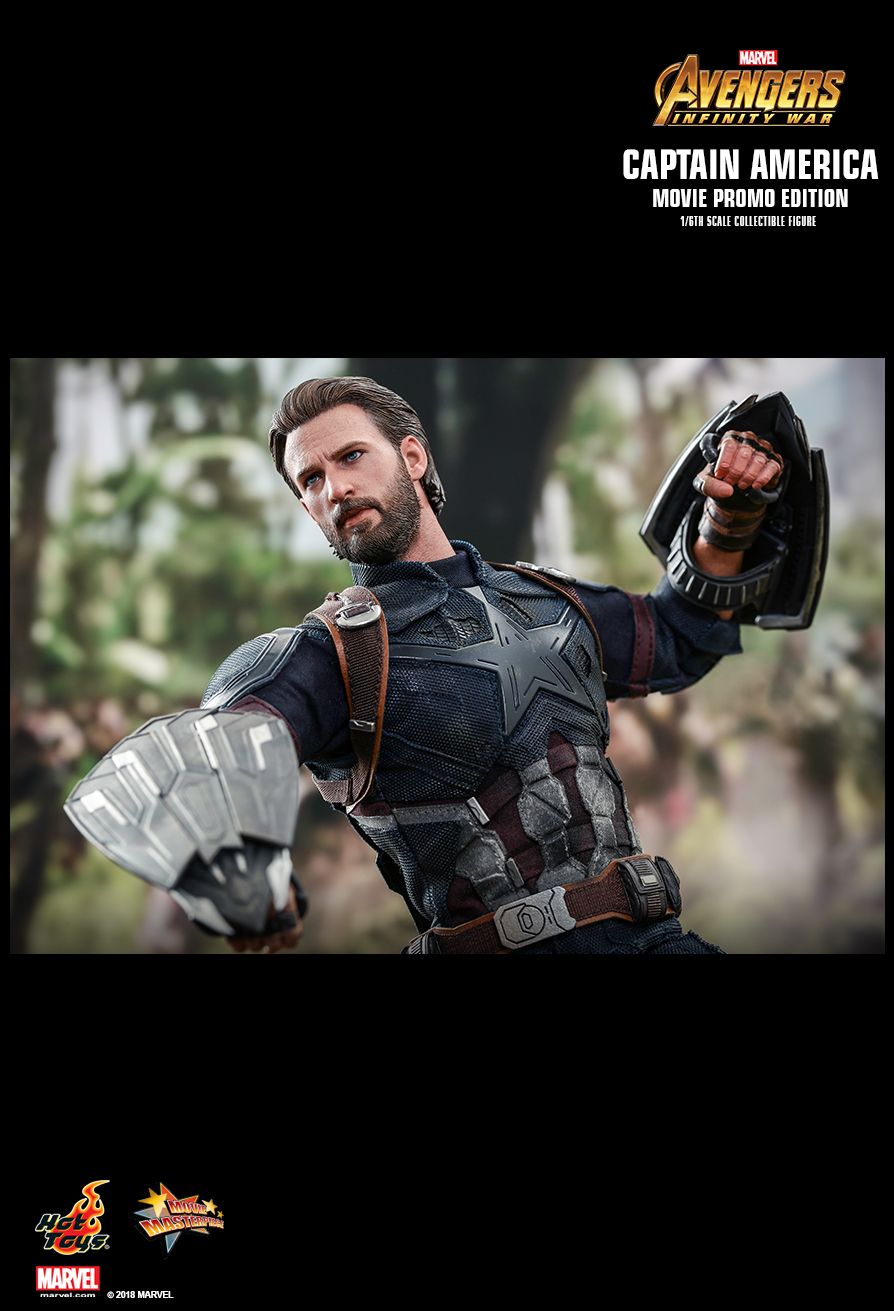