“Thanks to you, we had to run. We’re still running.”

The Third Marvel Cinematic Universe entry this year Ant-Man and the Wasp is arriving at the theatre in just a few days! In this upcoming sequel, a newly debuted character with special ability to fly at great speeds, Wasp is teaming up with Ant-Man for an urgent new mission from Dr. Hank Pym! Whether big or small, Wasp’s strength grows to superhuman levels when she uses her powers. Making a grand entrance in Ant-Man and the Wasp, Hot Toys is delighted to present to you today the Wasp in 1/6th scale Collectible Figure!

Beautifully crafted based on the appearance of Evangeline Lilly as Hope Van Dyne in the movie, the Wasp figure includes two interchangeable heads featuring a newly developed head sculpt with detailed pony tail and a completely new helmeted head sculpt with LED light-up function that bears a high resemblance of a closed helmet showing part of Wasp’s face, two pairs of interchangeable Wasp’s wings including a pair of stand by wings and a pair of articulated wings for varies flying poses, a striking brand new Wasp suit, a Wasp miniature figure, two disc equipment, an opened helmet accessory attachable to the back of figure, and a specially designed dynamic figure stand with character backdrop.

Complete your Ant-Man and the Wasp collection with the new partner of Ant-Man who got buzzing wings on her back!
The 1/6th scale The Wasp Collectible Figure specially features: 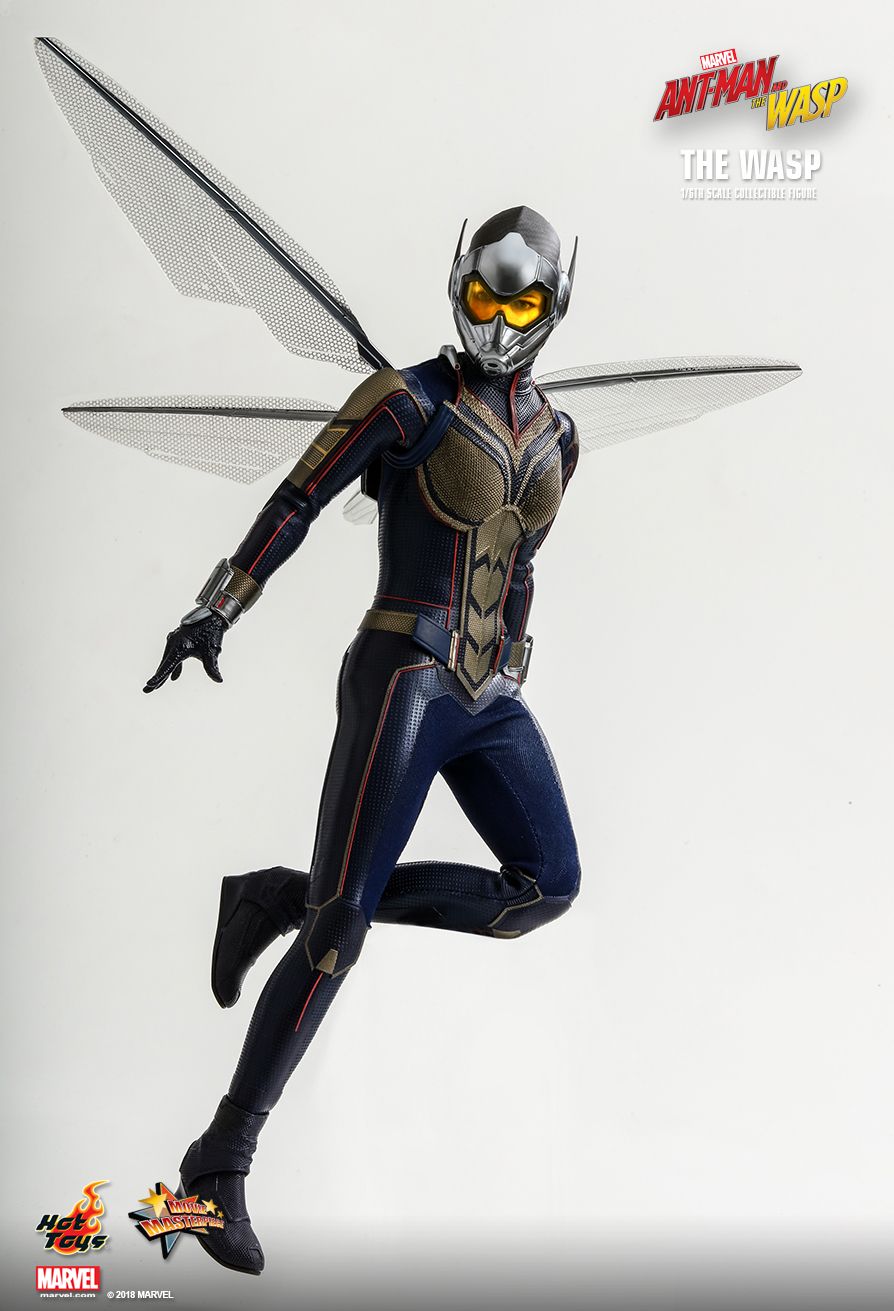 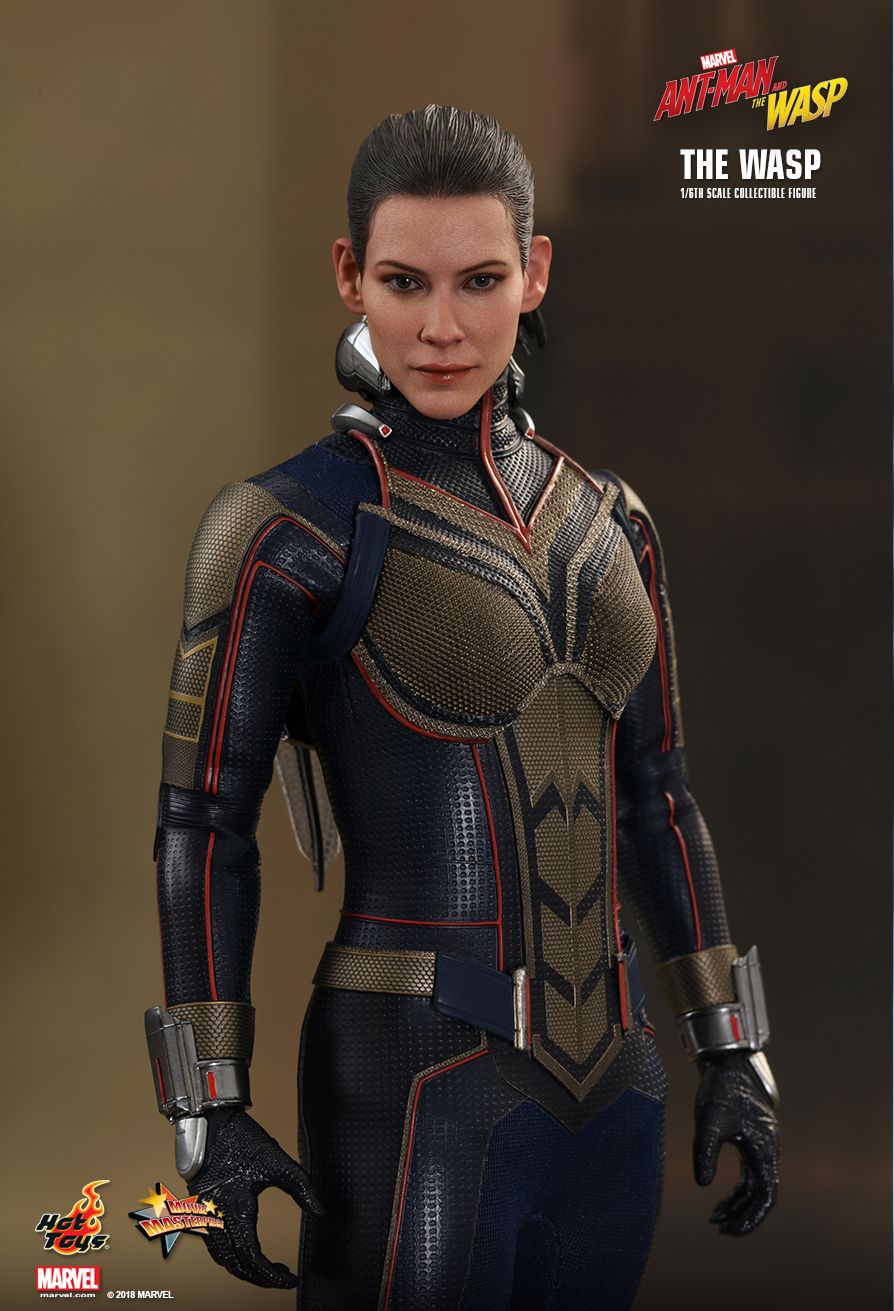 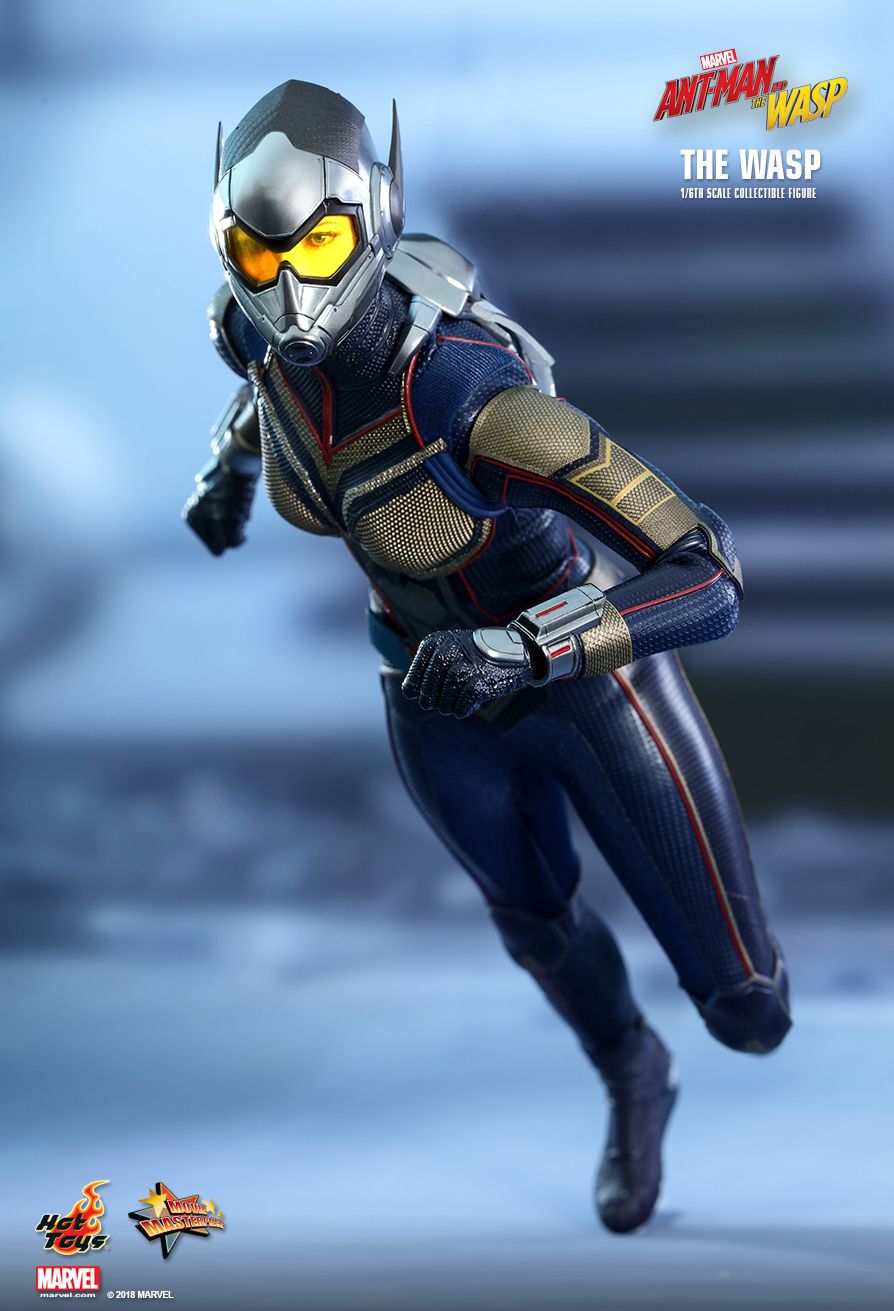 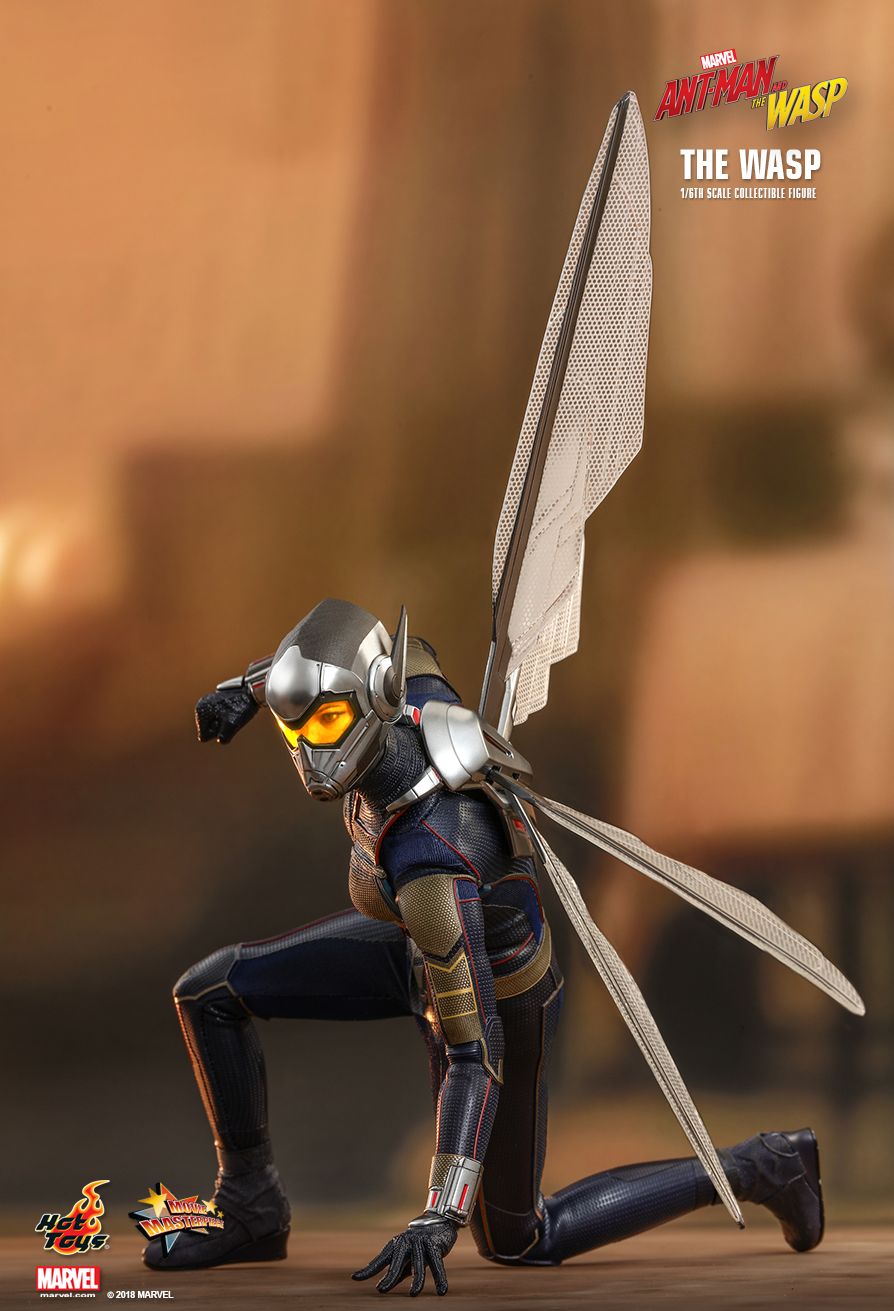 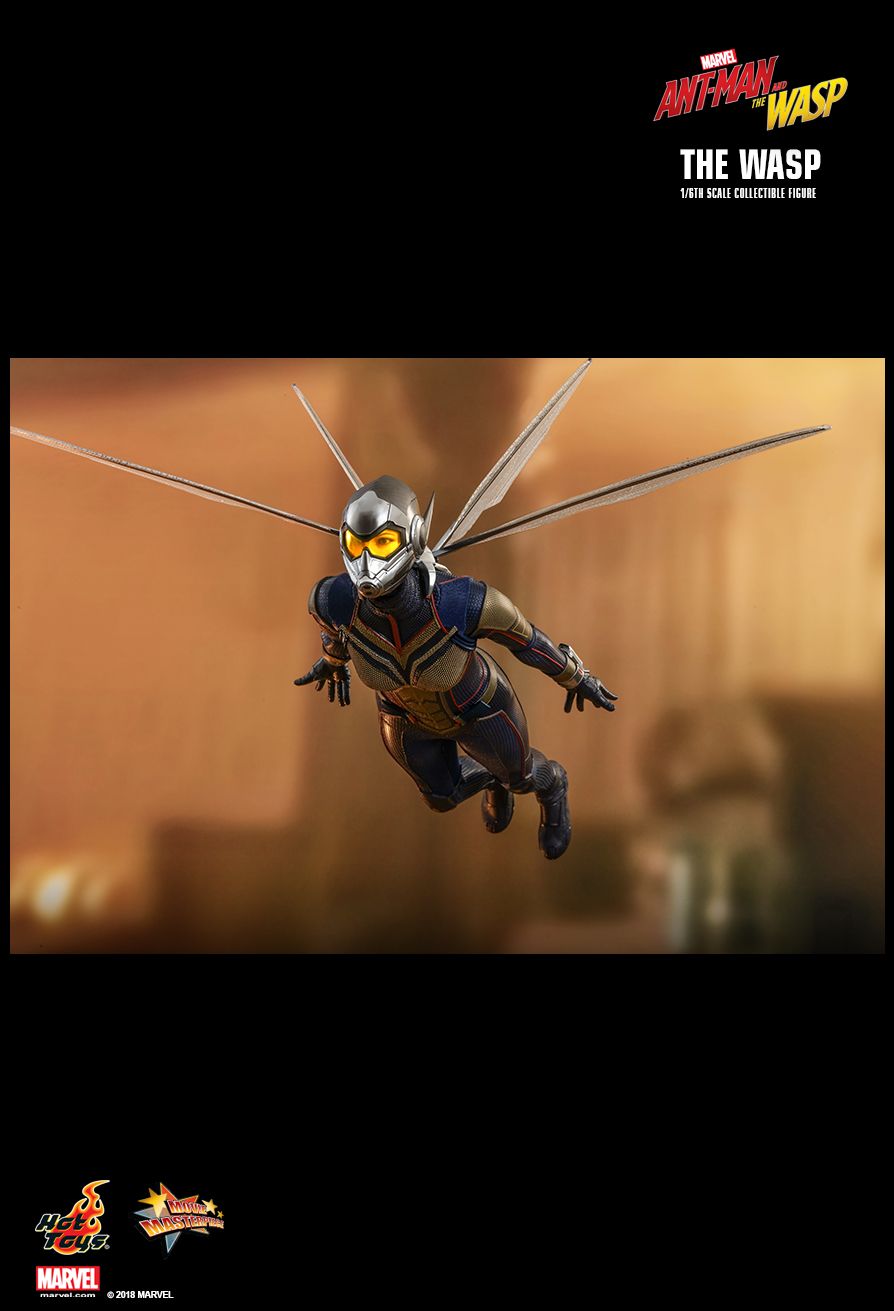 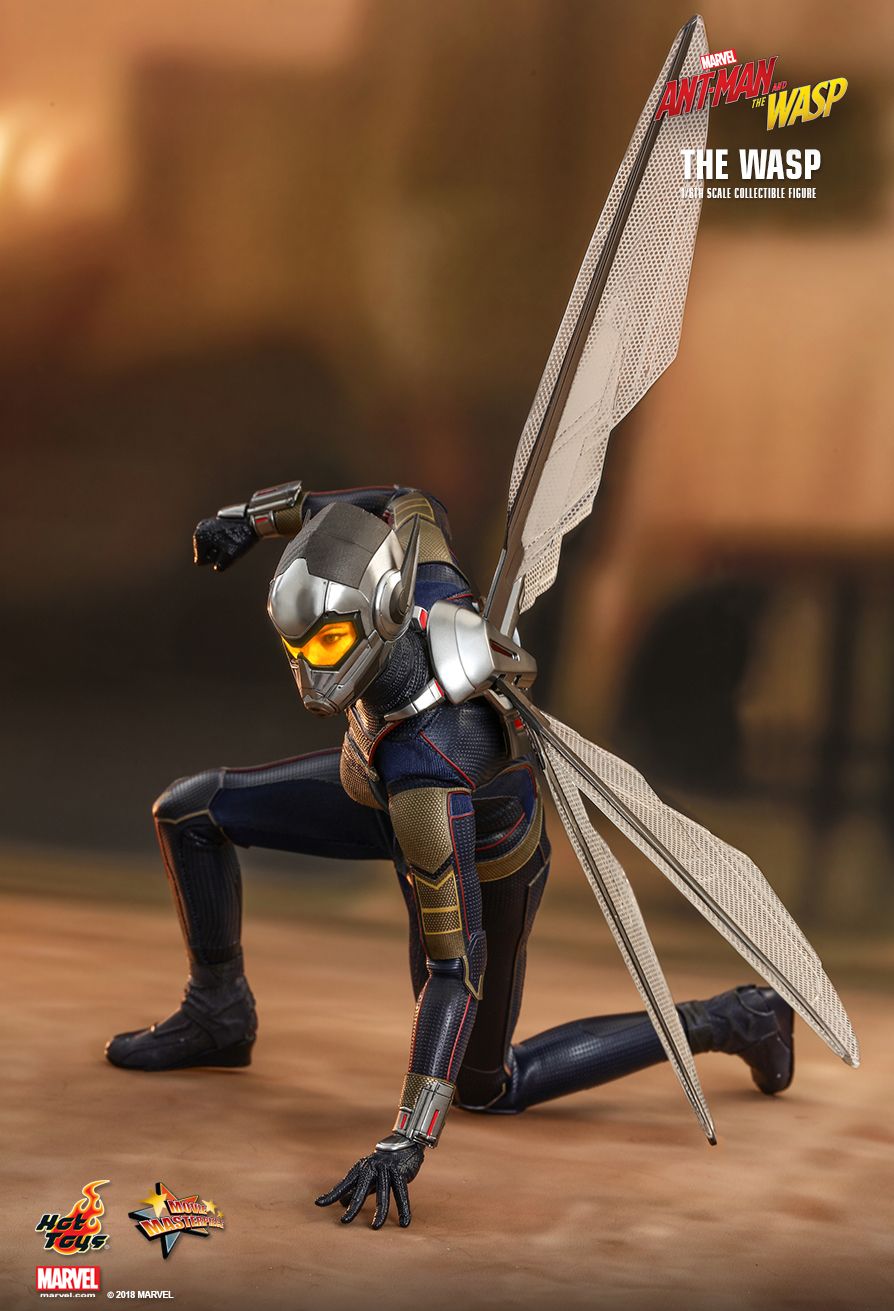 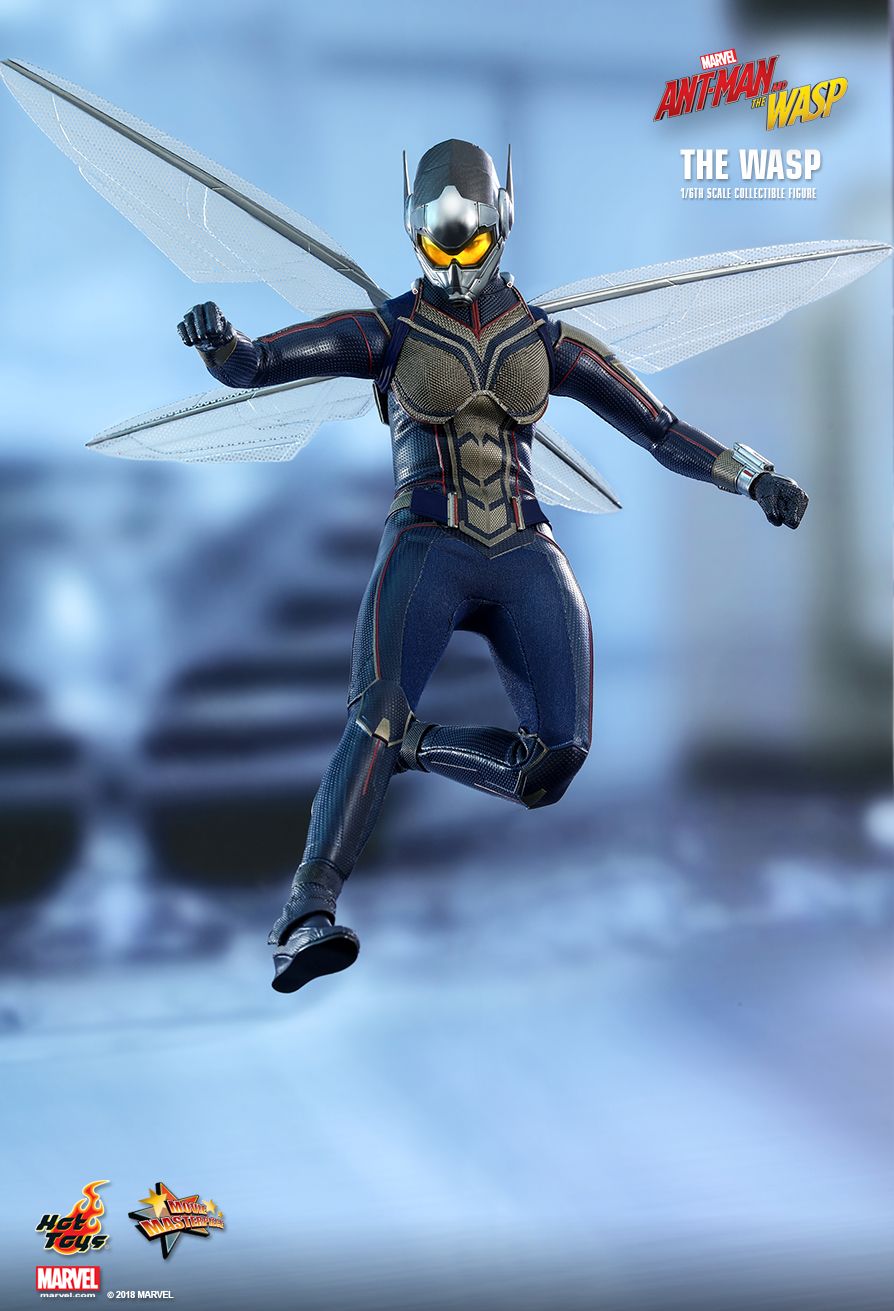 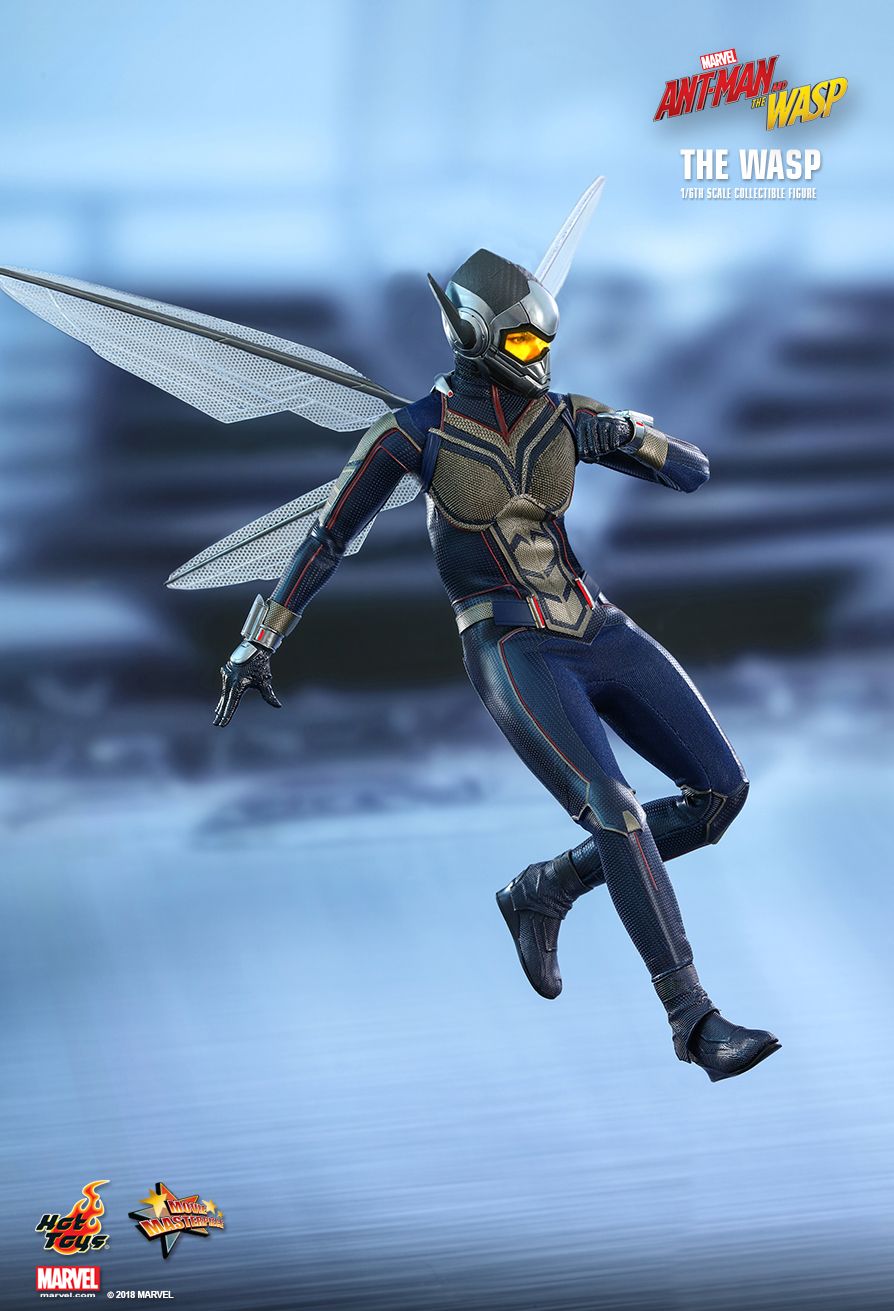 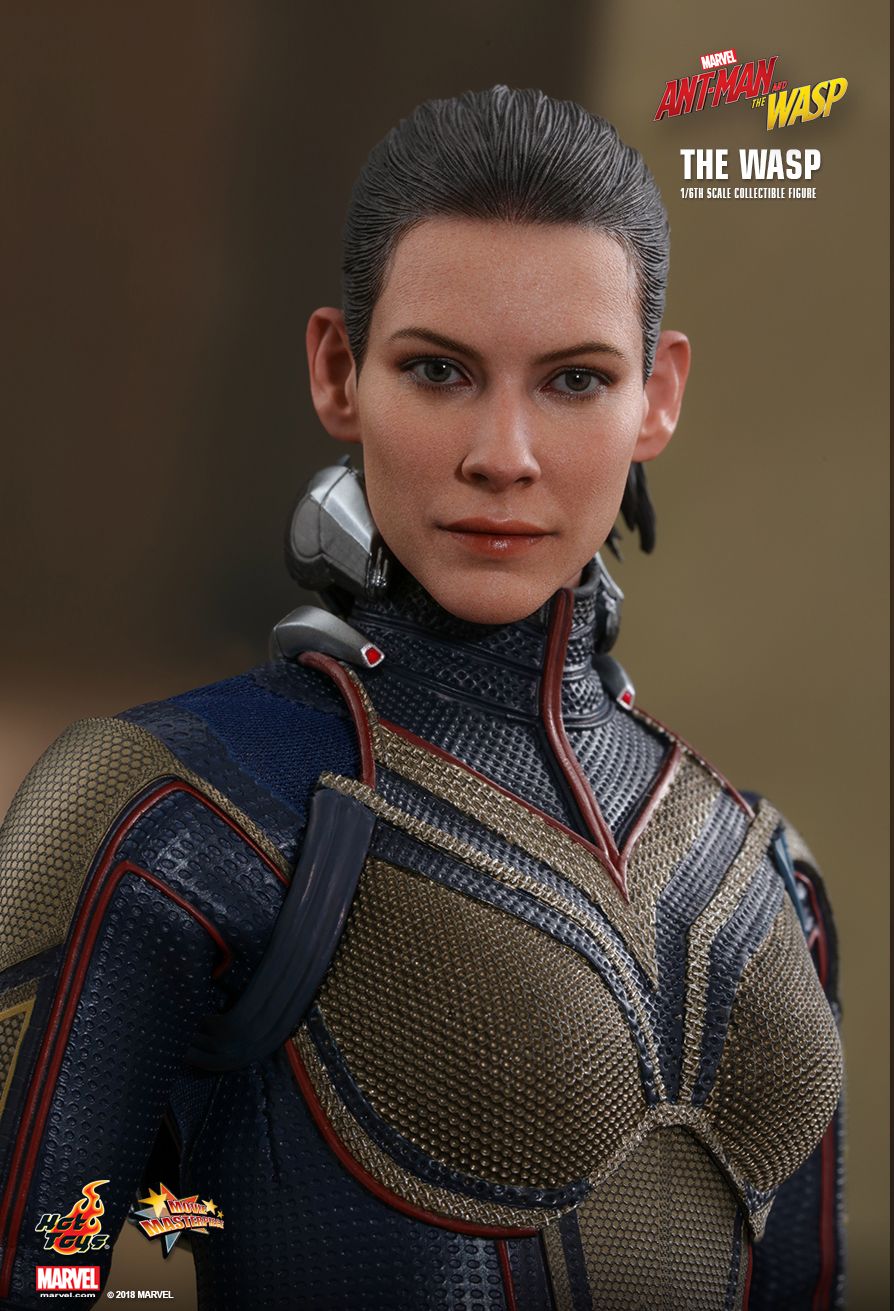 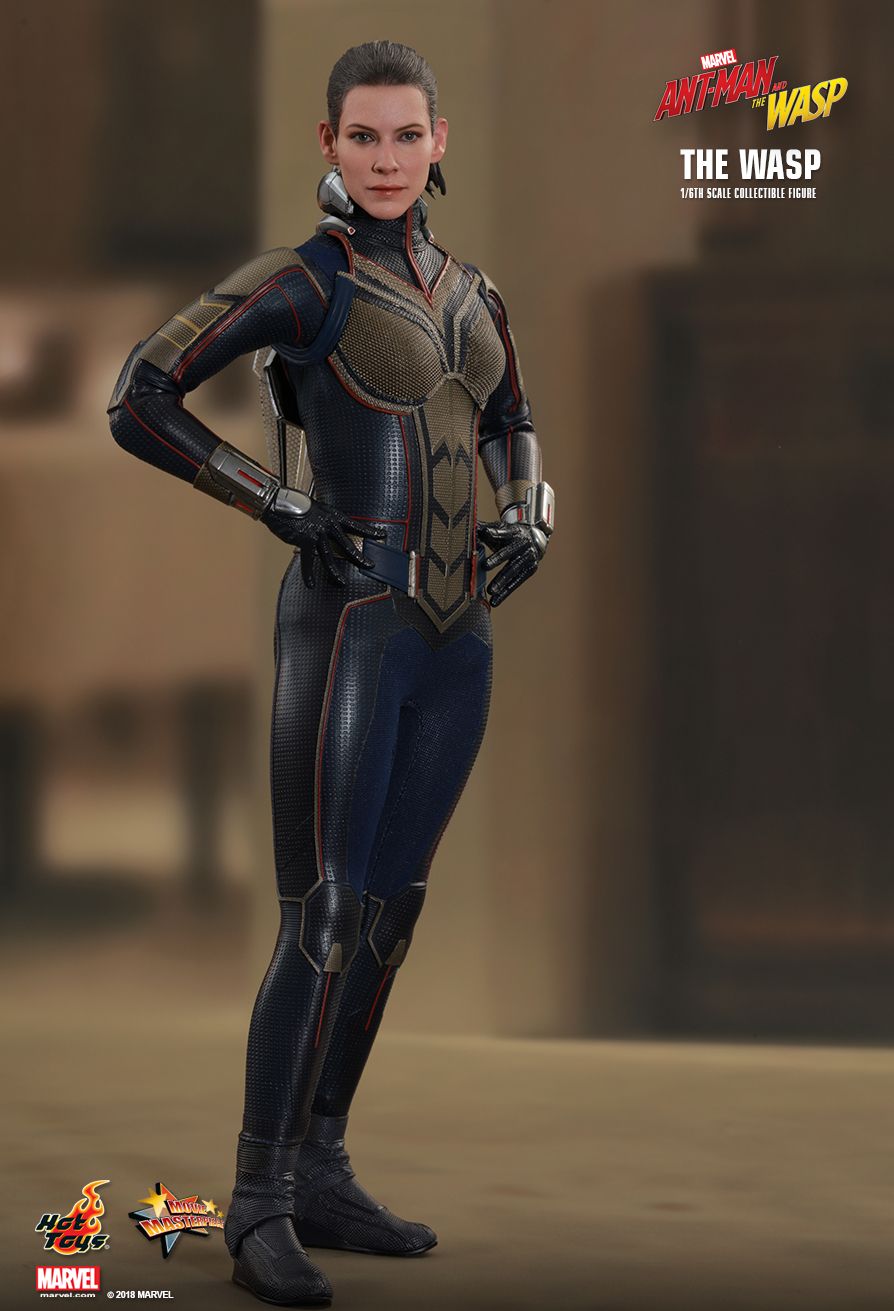 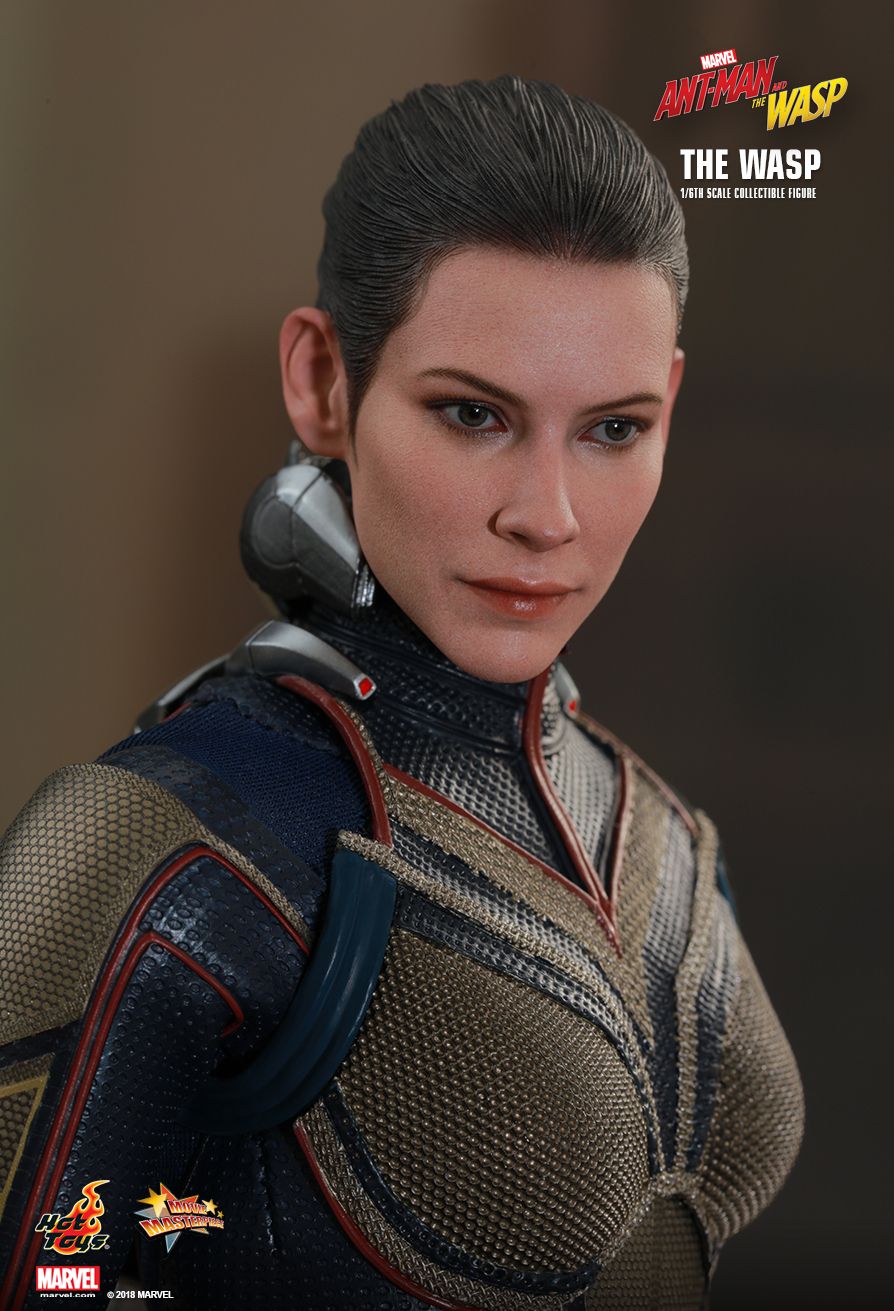 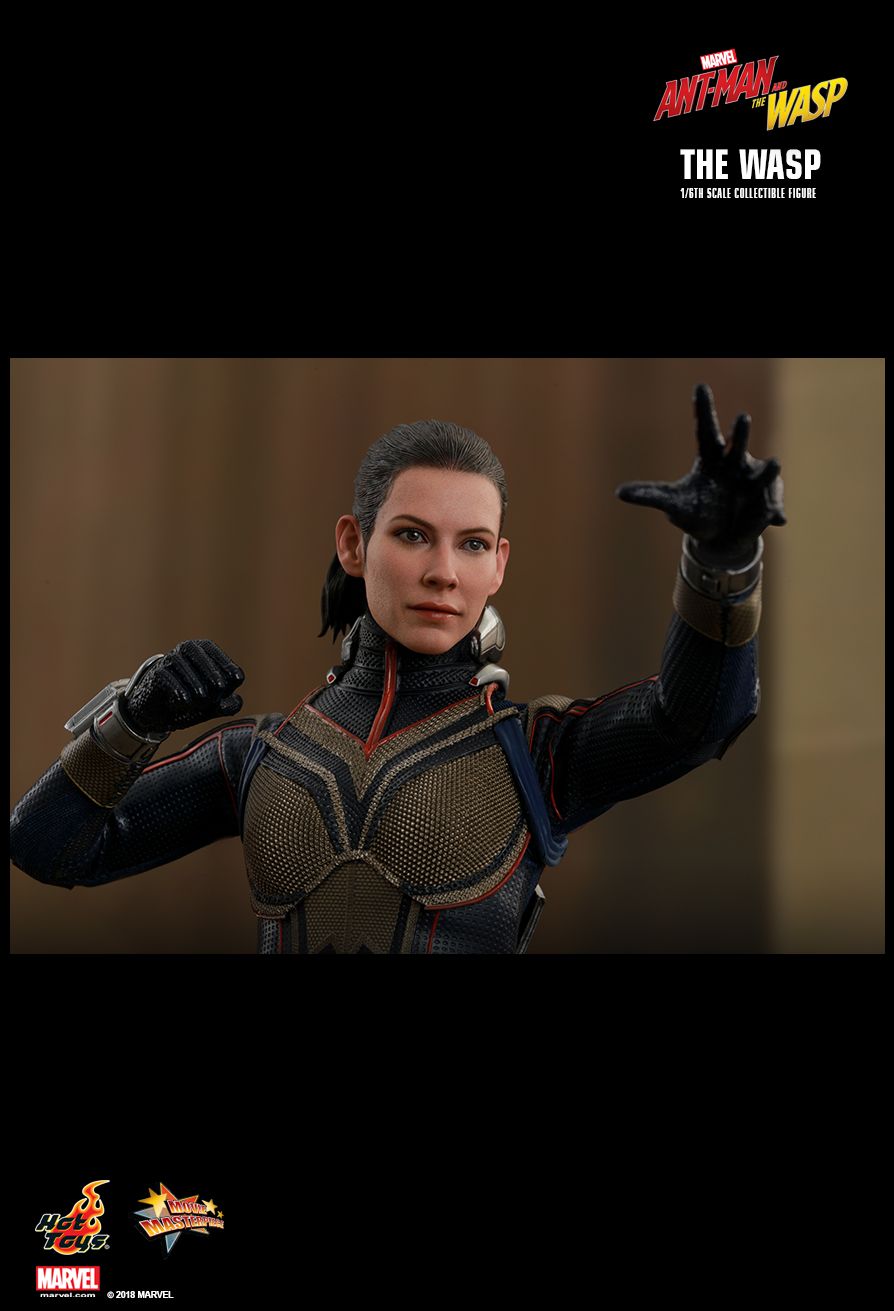 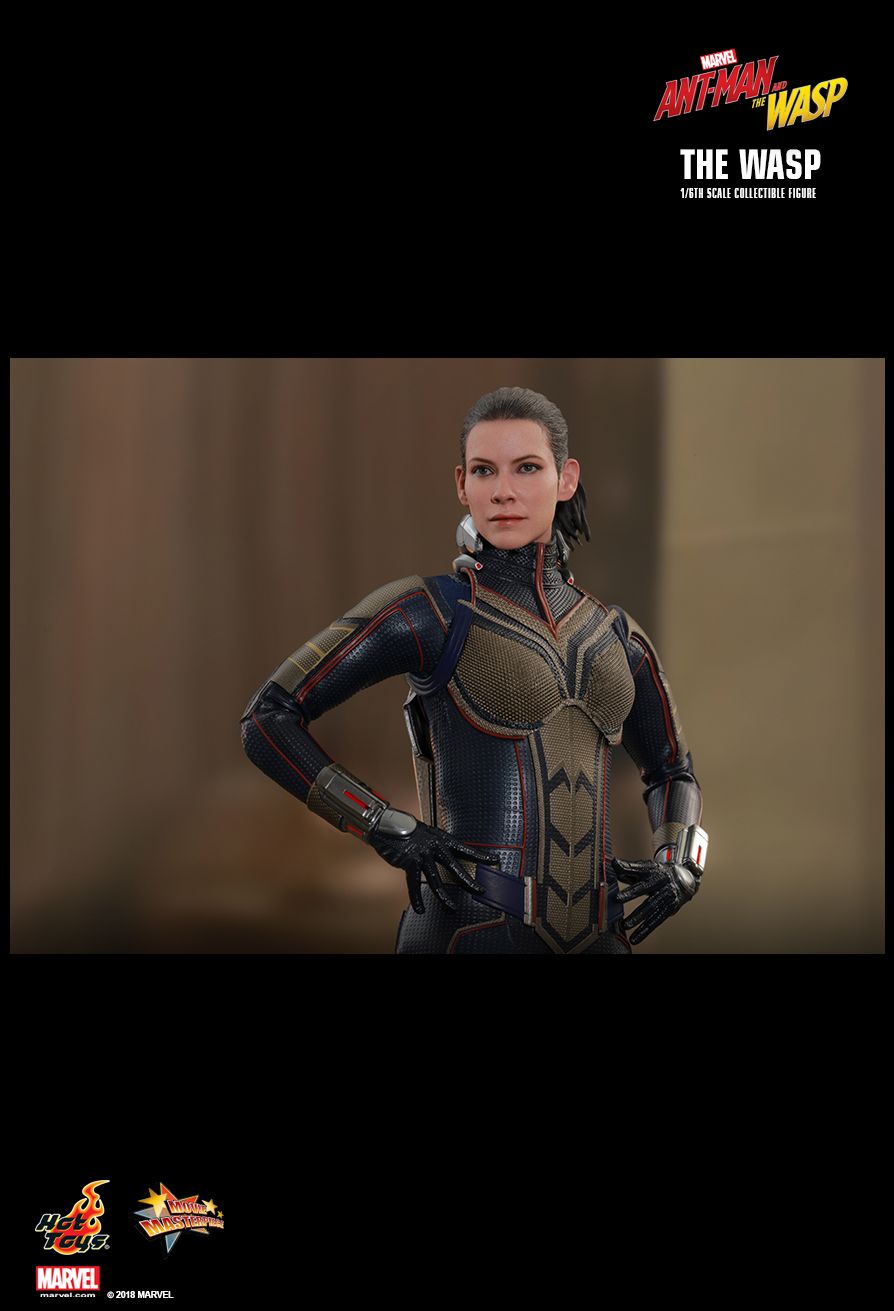 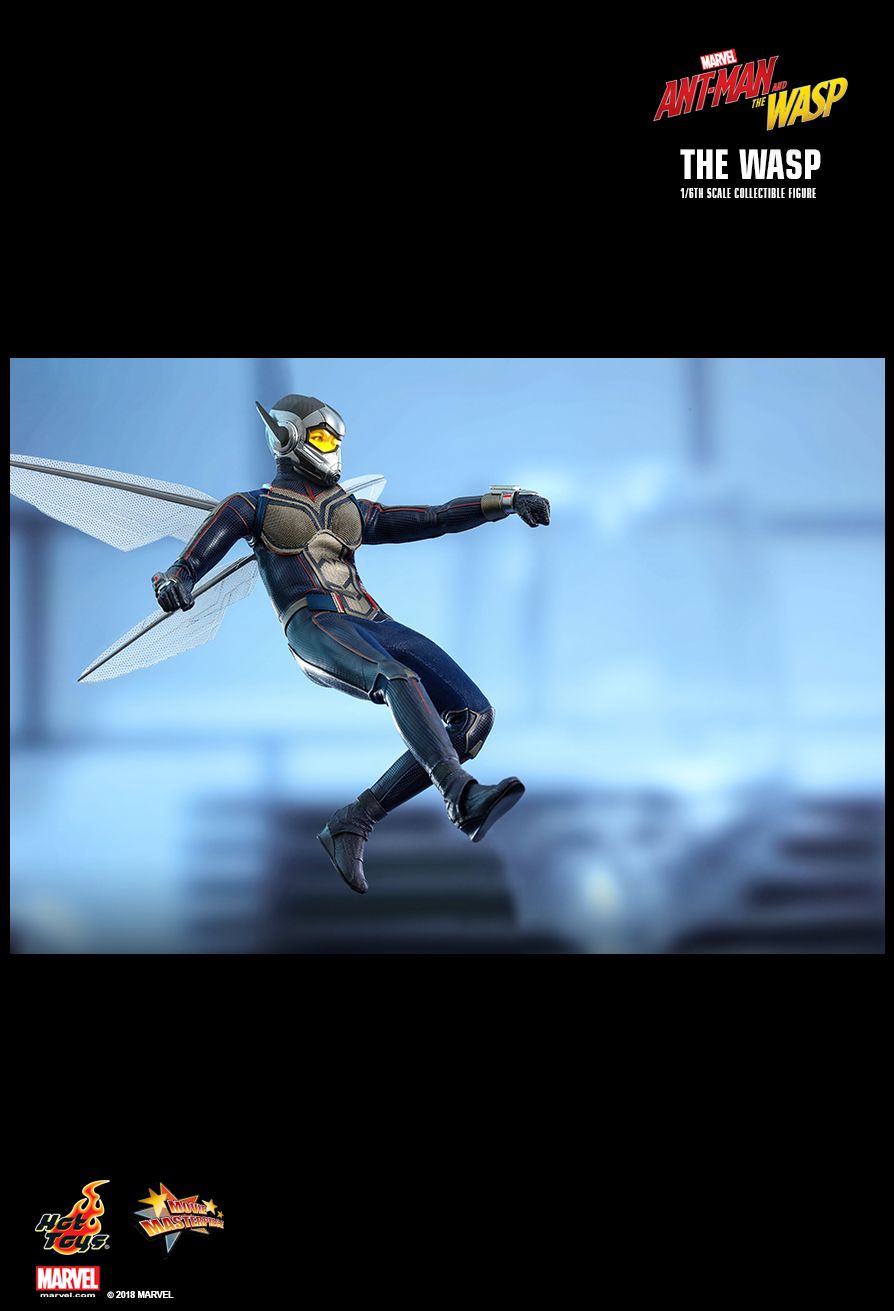 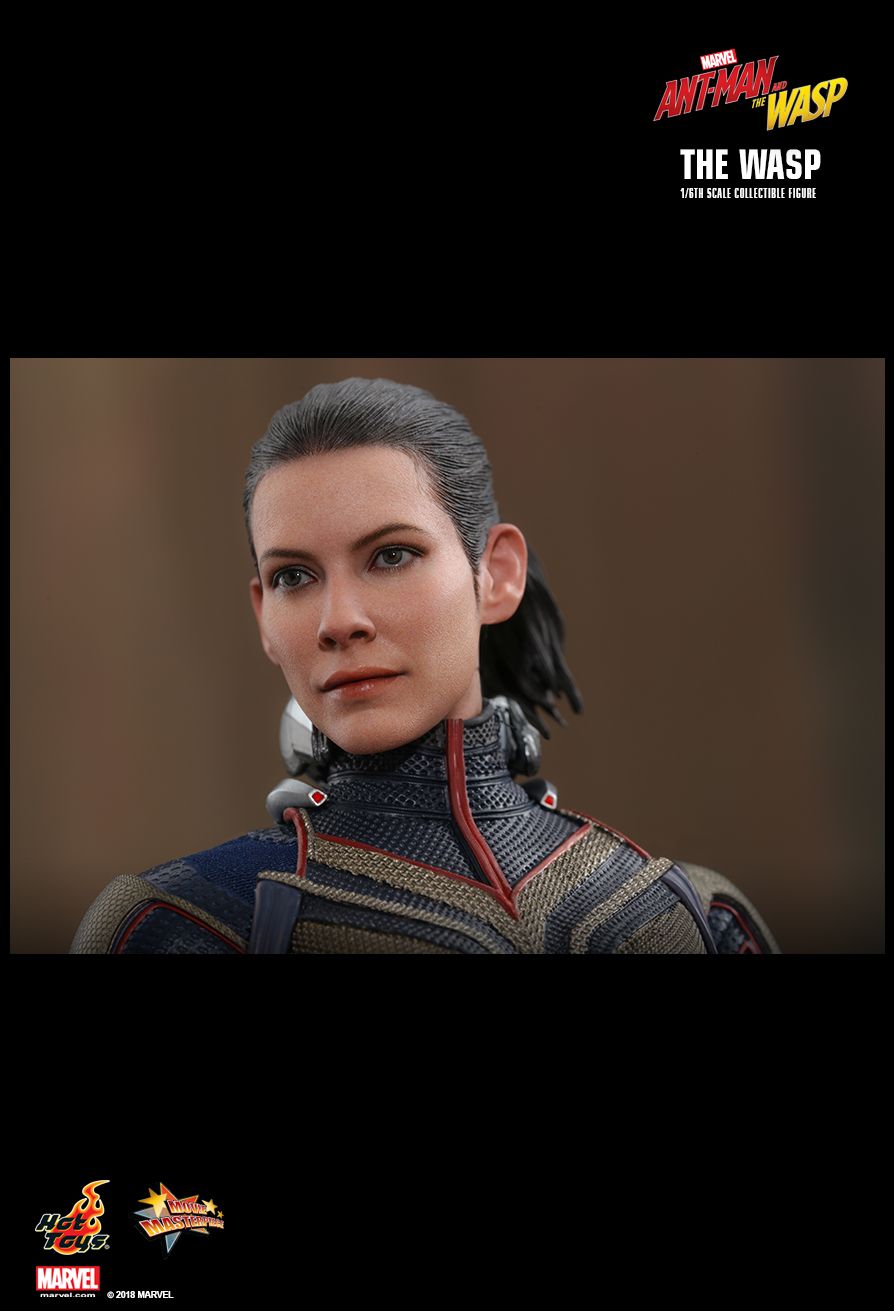 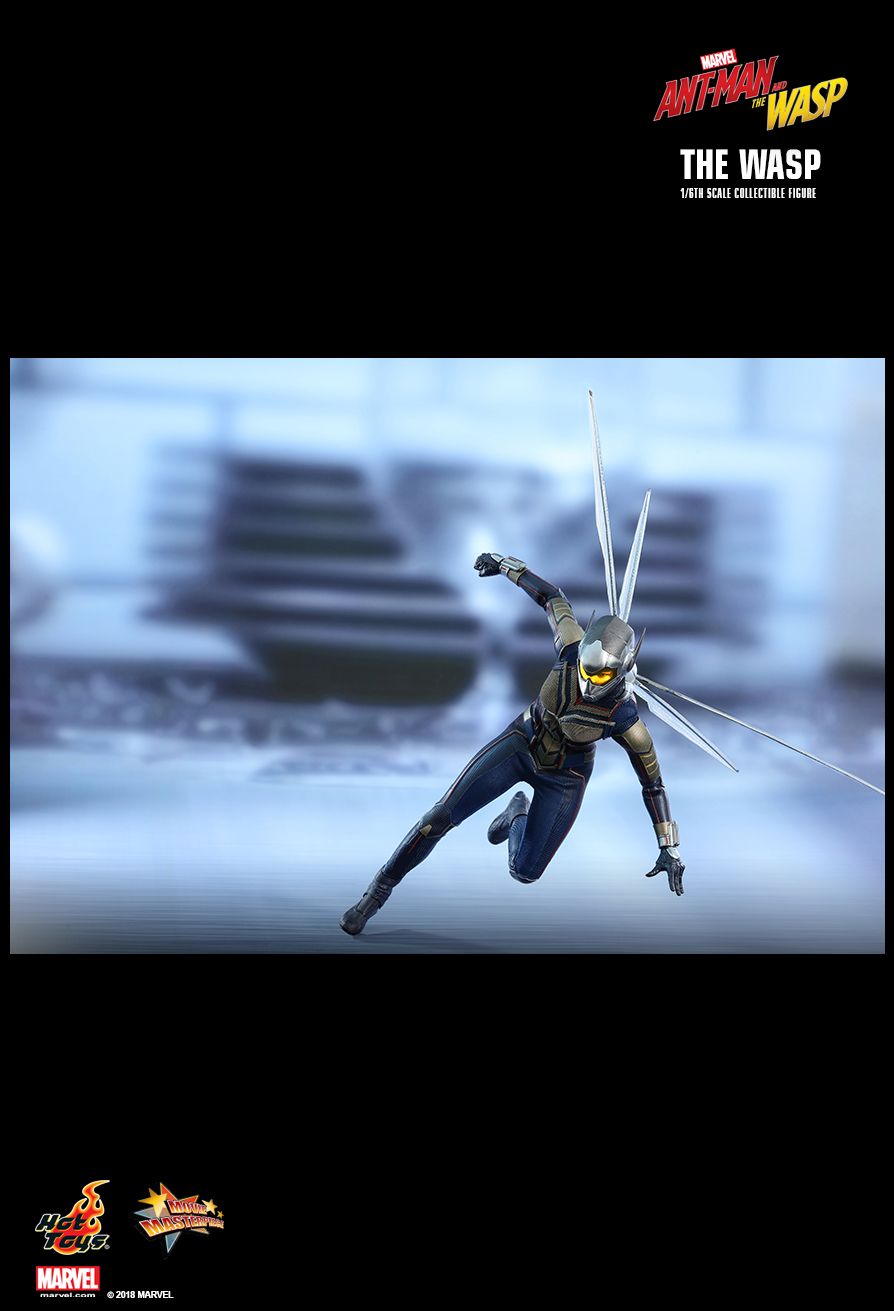 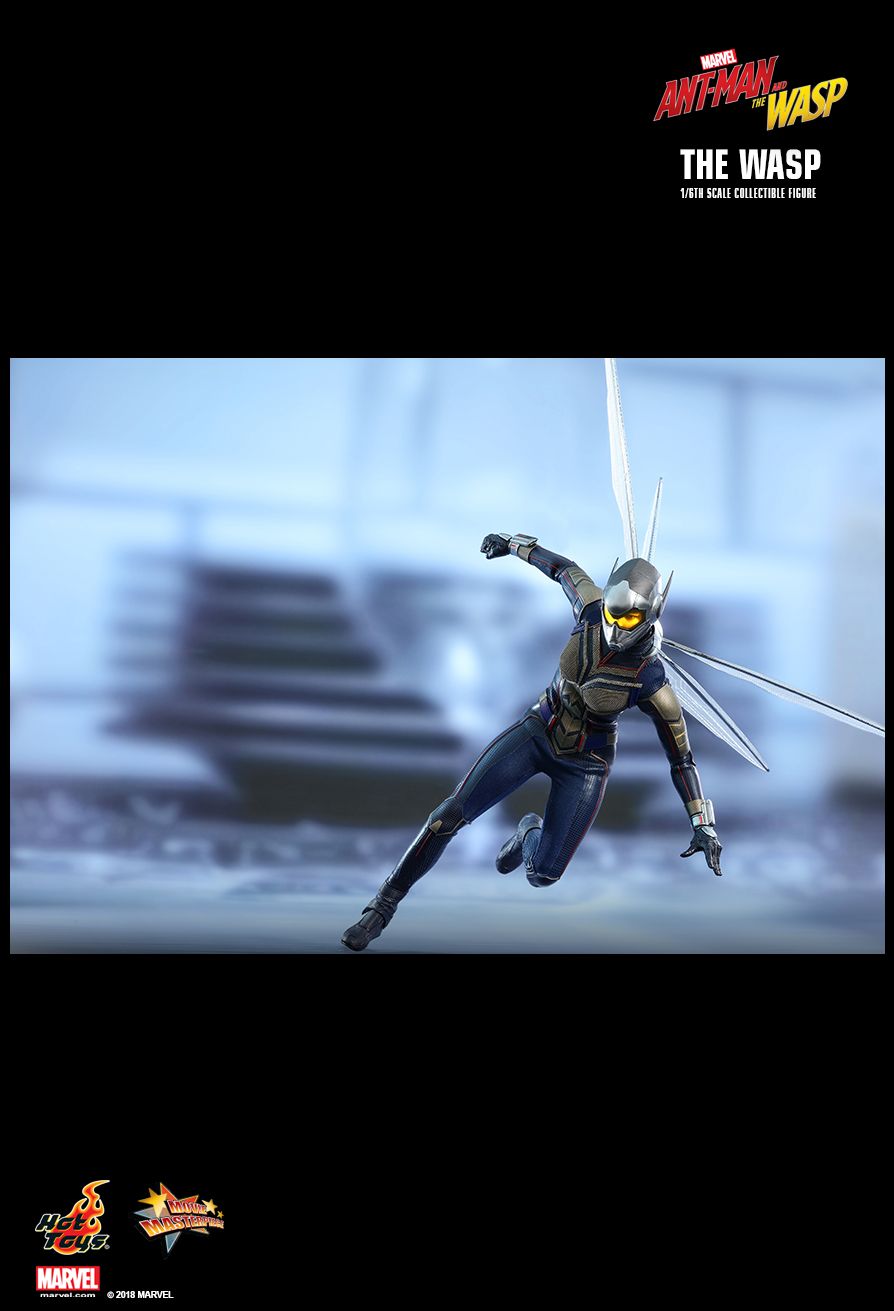 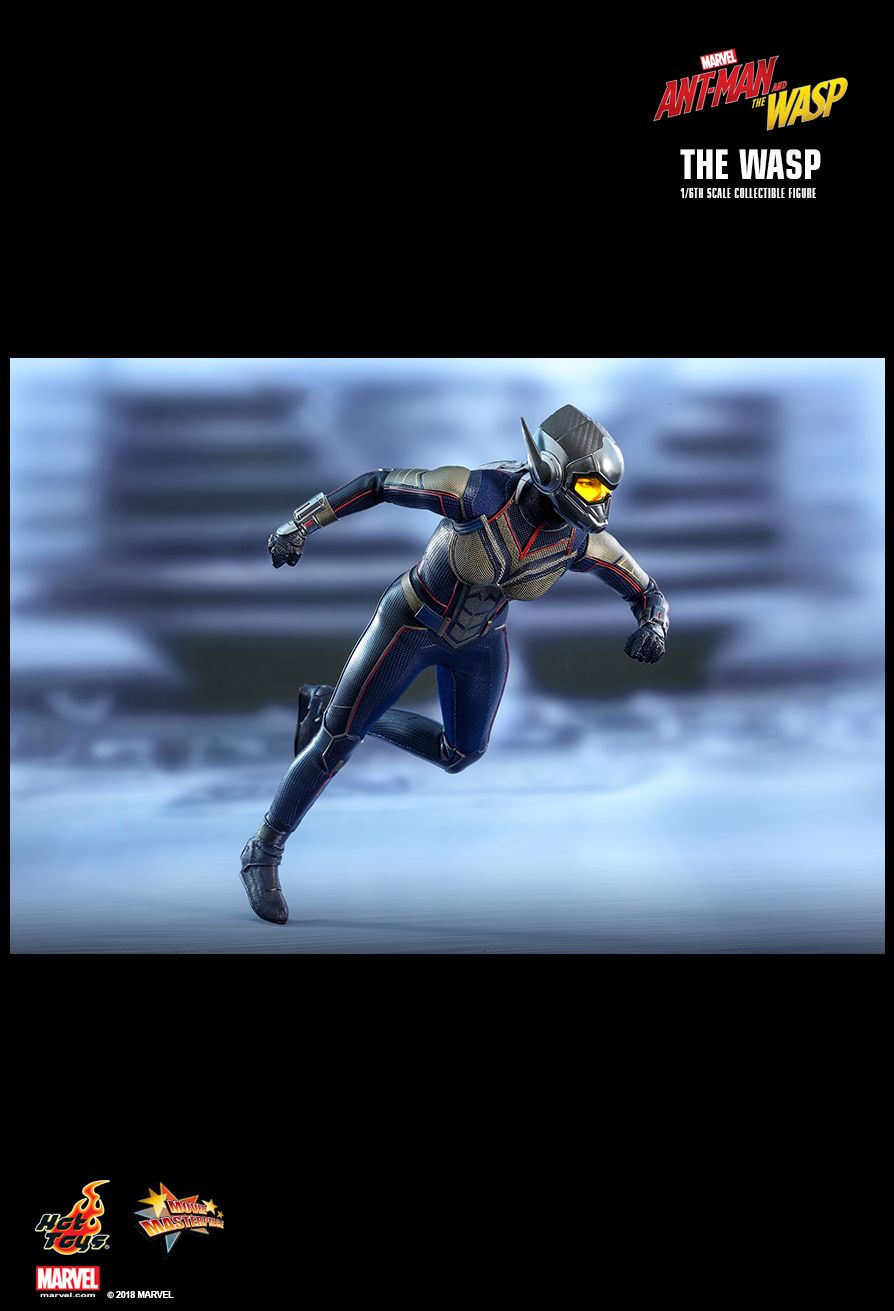 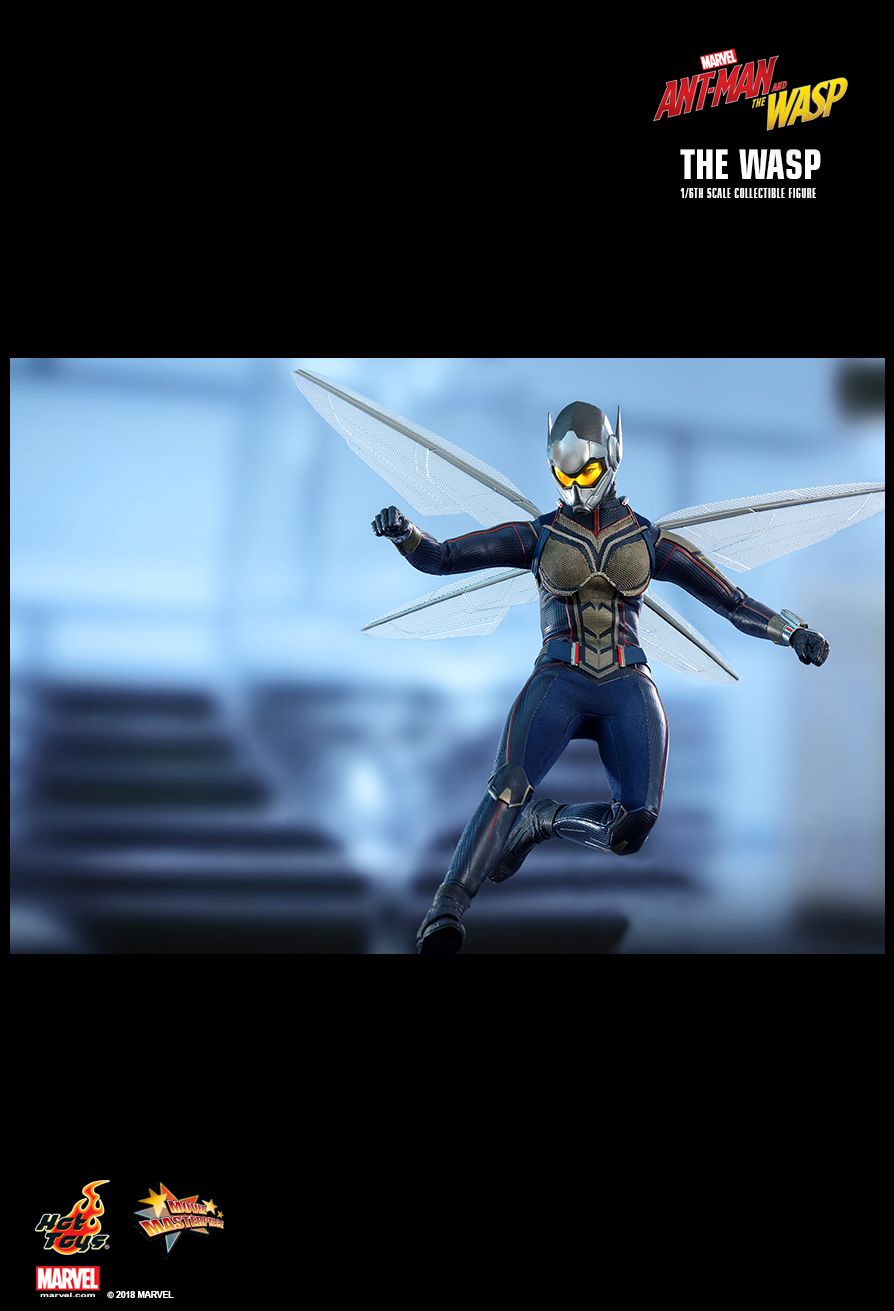 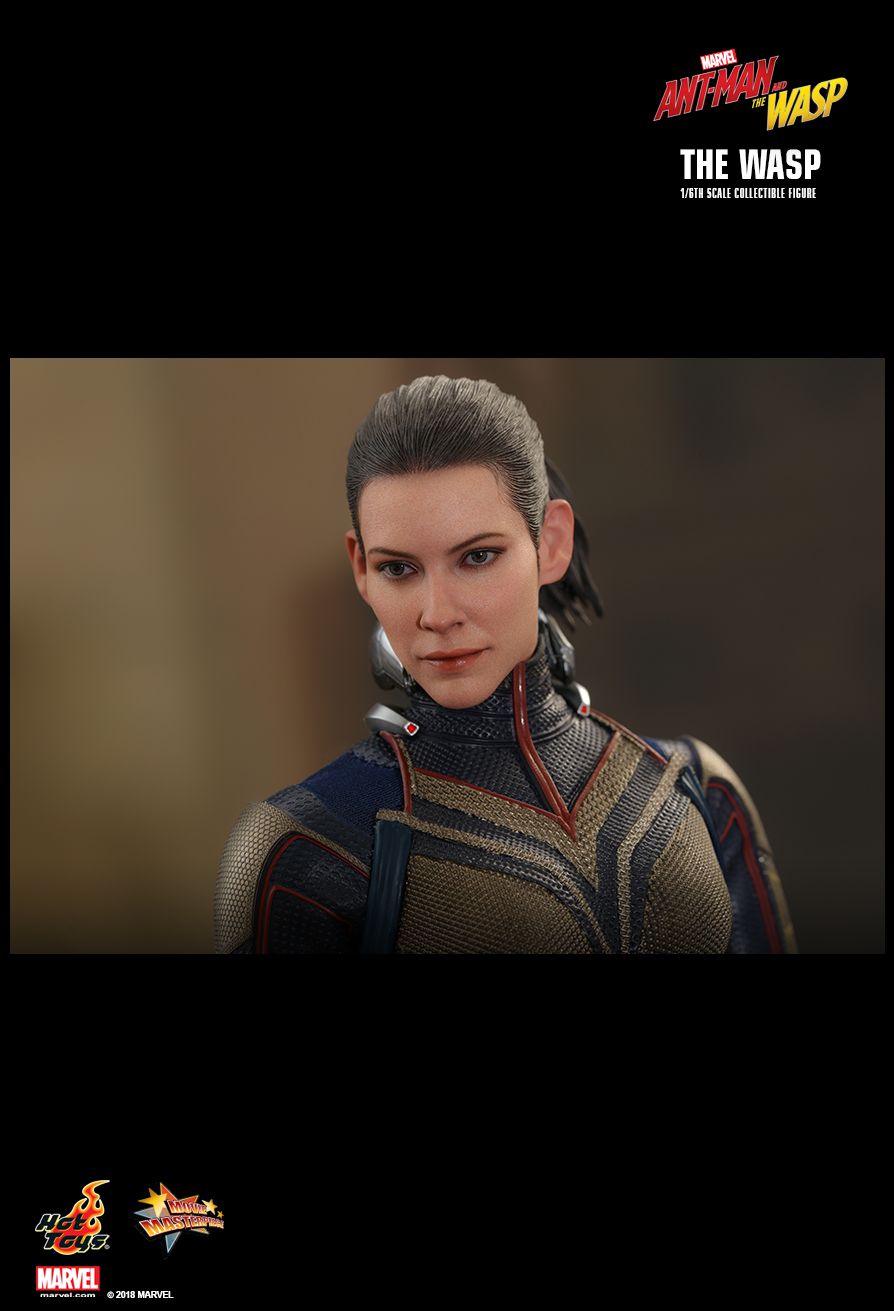 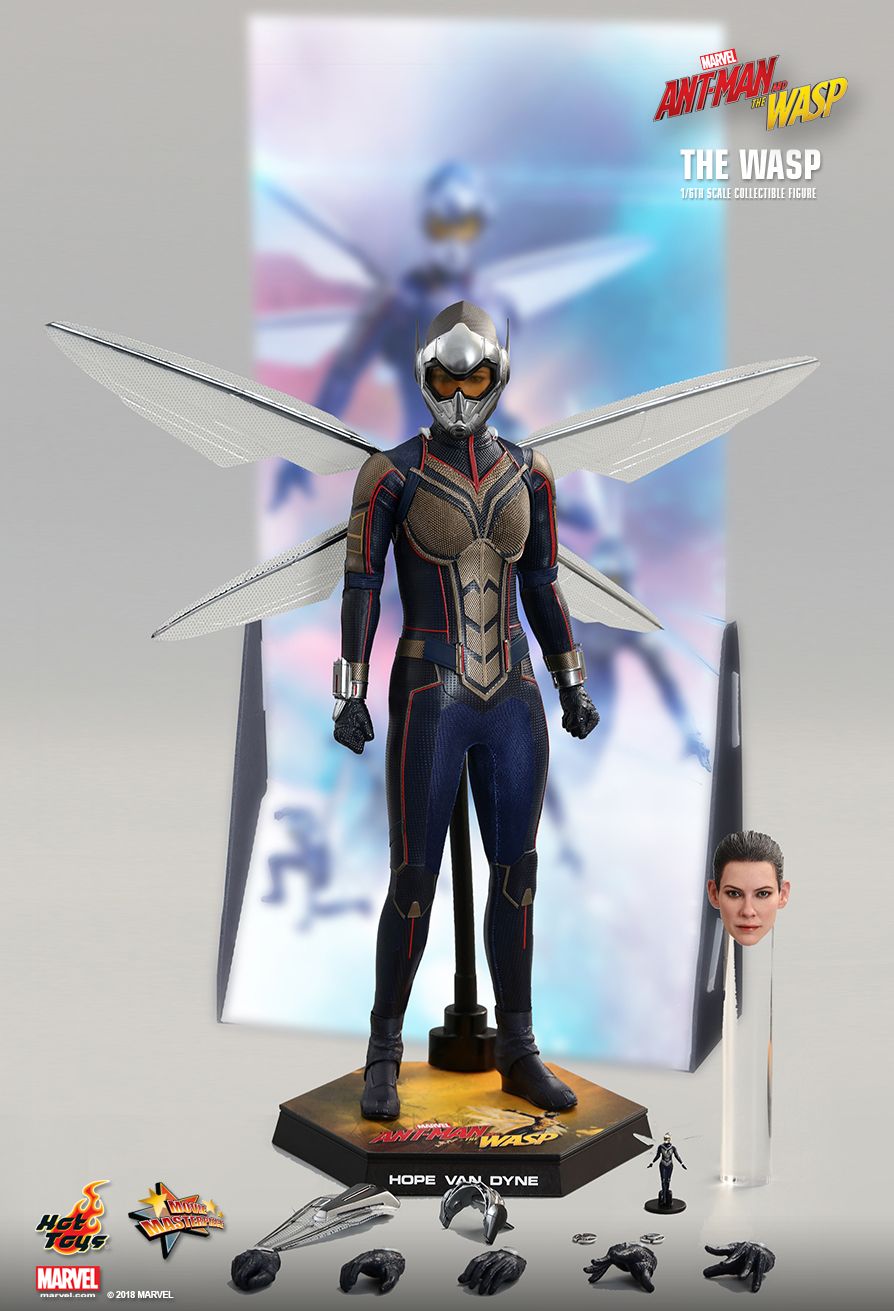 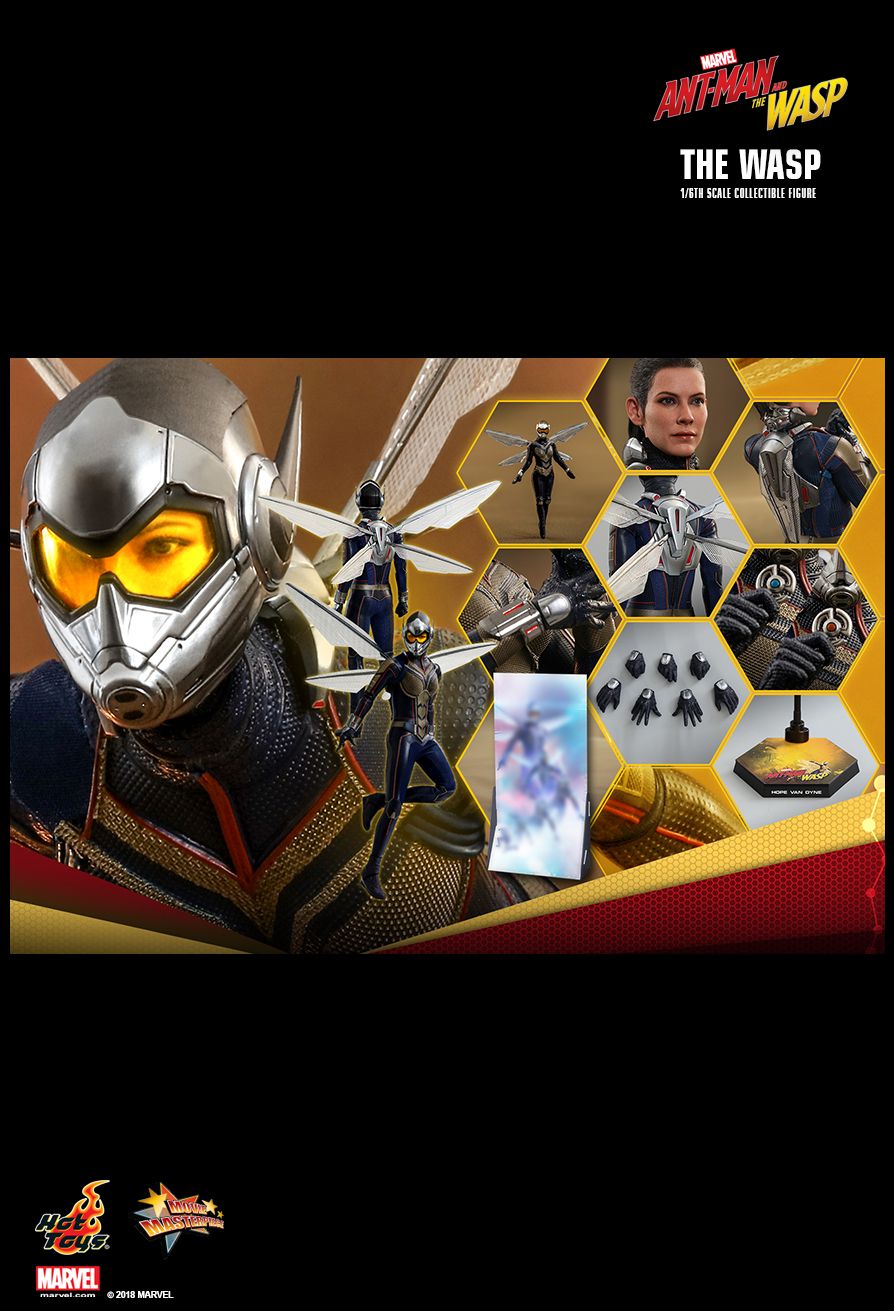