Ant-Man has made a stunning and heroic entrance to Marvel Cinematic Universe in movie Ant-Man, and he is returning with his partner, Wasp to hit the big screen in this summer. In anticipation of the film’s release, Hot Toys is pleased to introduce to fans the Ant-Man and the Wasp Cosbaby (S) Bobble – Head series which includes Ant-Man, Wasp, Ant-Man on Flying Ant and Movbi, the Hot Toys’ original character. Each of these Cosbabies comes with Bobble-Head feature and stands approximately 9.6 – 12cm tall.

Fans will be excited to meet another exclusive set with Ant-Man on Flying Ant. The microscopic super hero rides on his trusty steed, the giant winged companion and together they are heading to the dangerous battlefield for their final destination!
Last but not least, Hot Toys’ original character, Movbi wears a pair of honeycomb shaped glasses with a hotdog will come together in a special box set that features Ant-Man Cosbaby Bobble-head with a shiny metallic colored helmet.

Pick up the insect-sized heroes from Hot Toys and place it along with your incredible Marvel Cosbaby collection!
Special Features:

**Prototype shown is final. Final product may be slightly different.
**Product details can subject to change without further notice 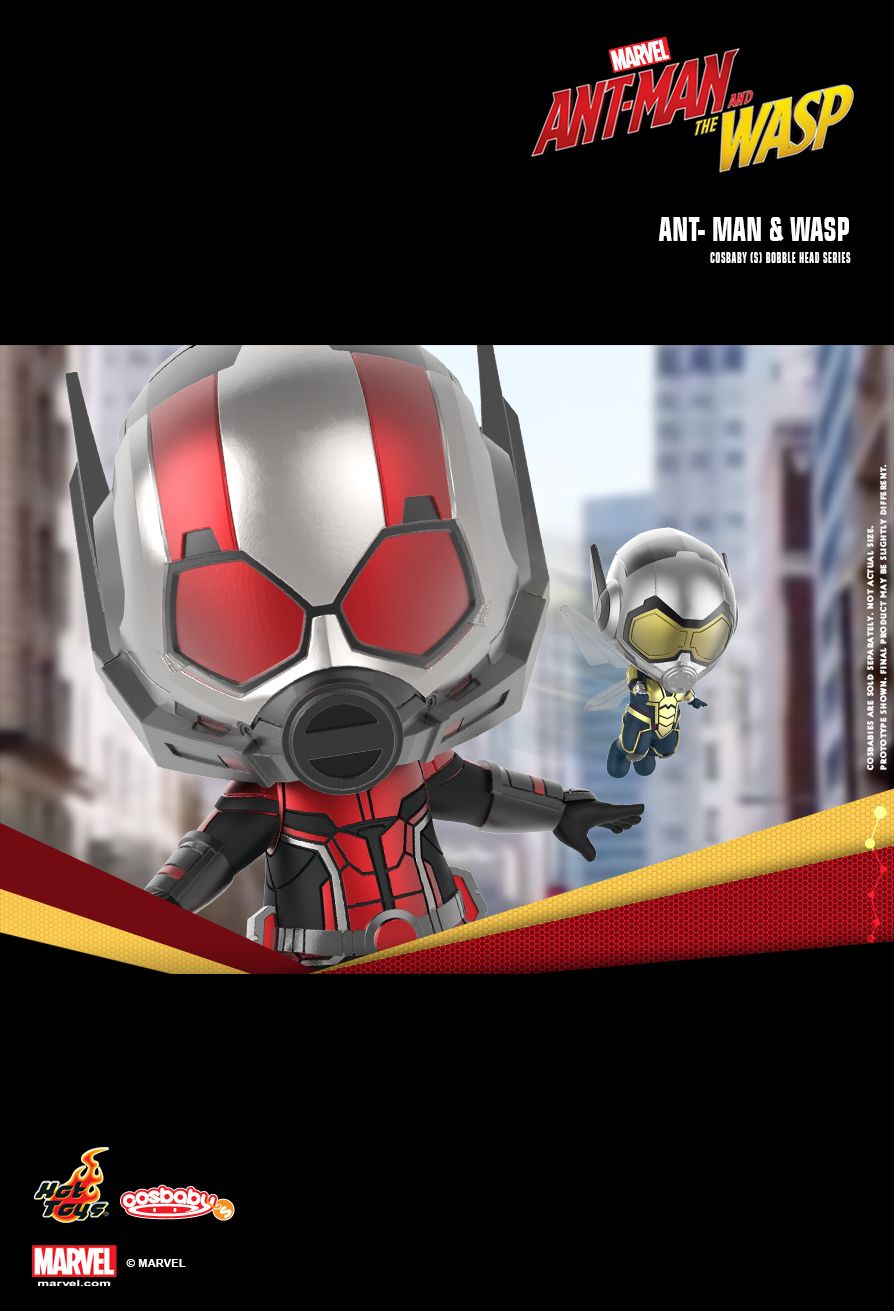 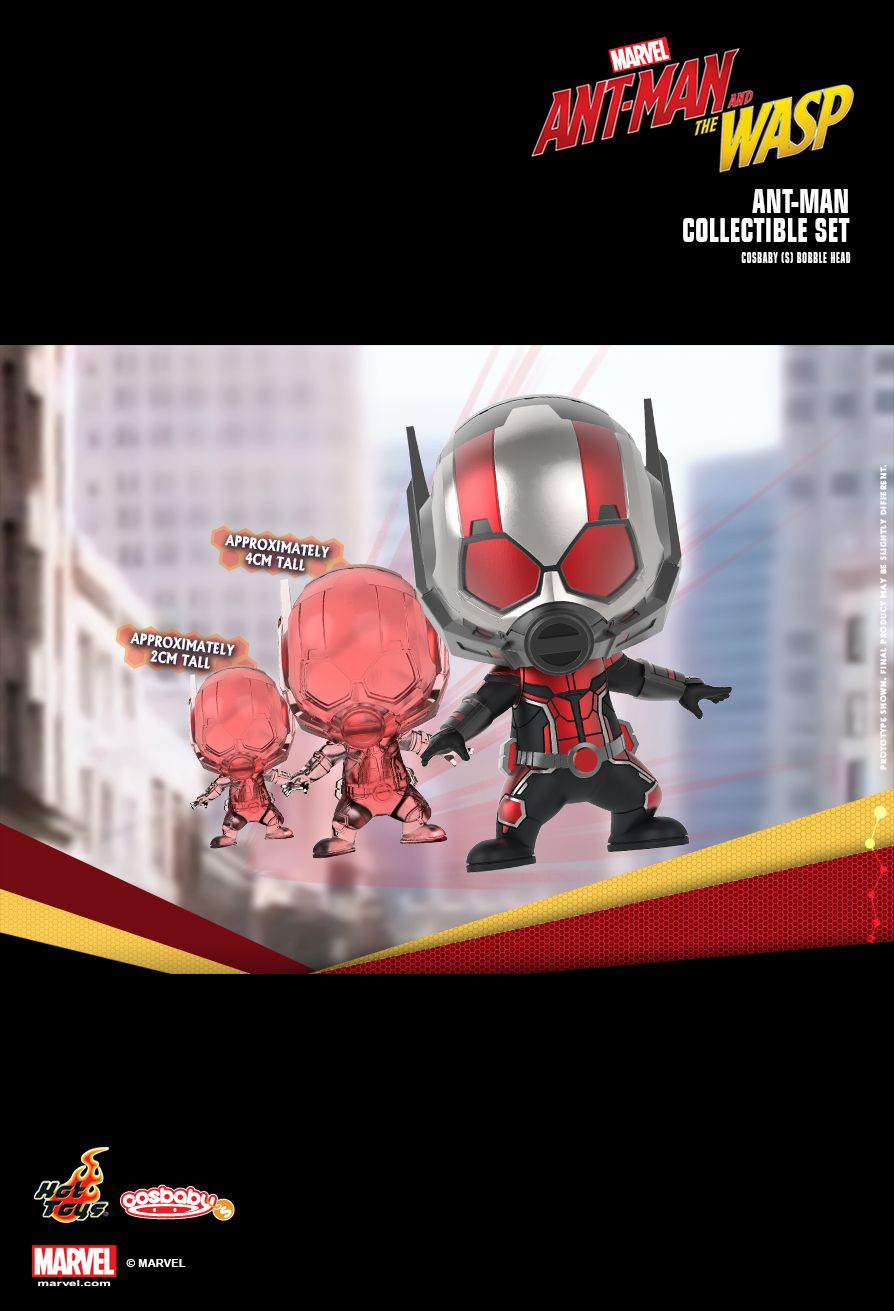 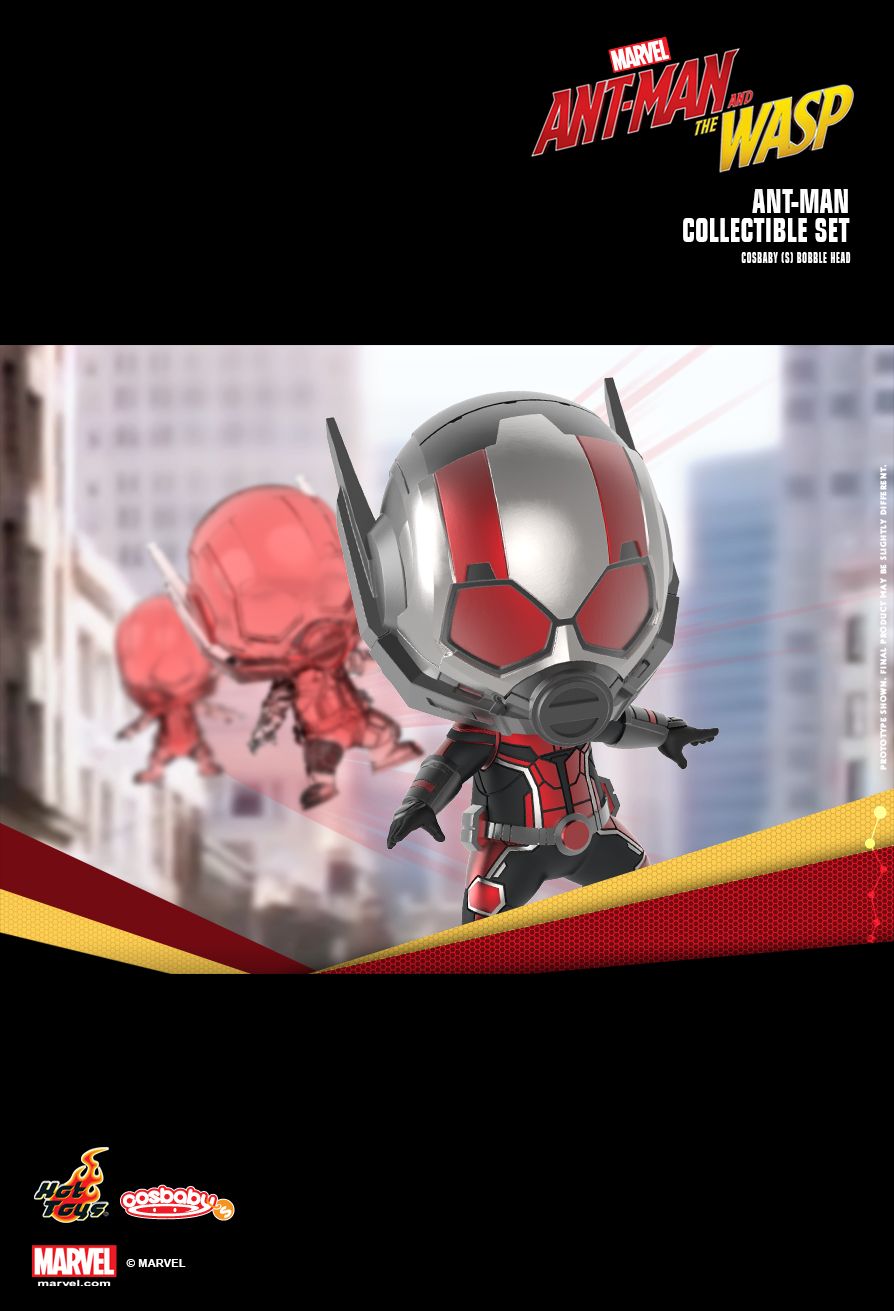 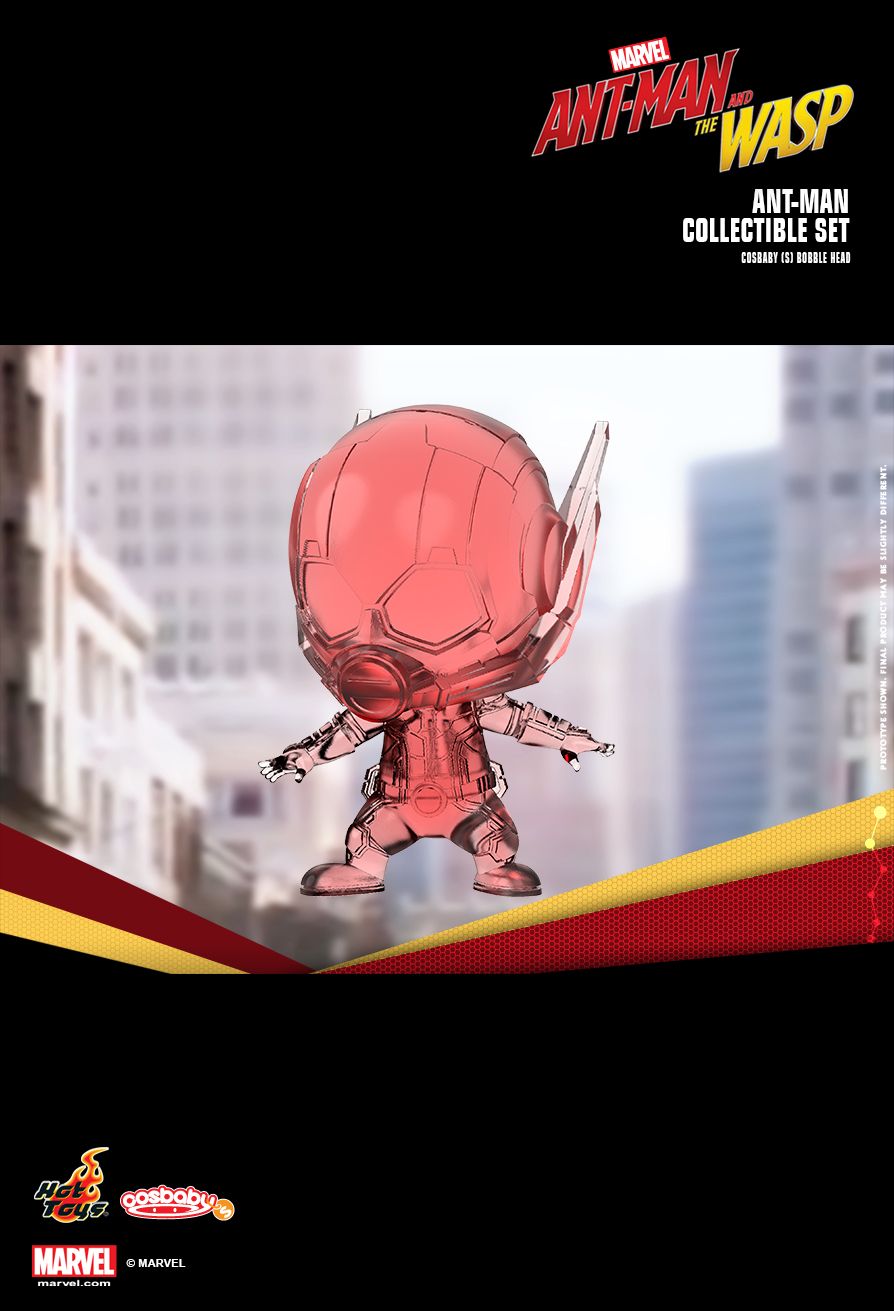 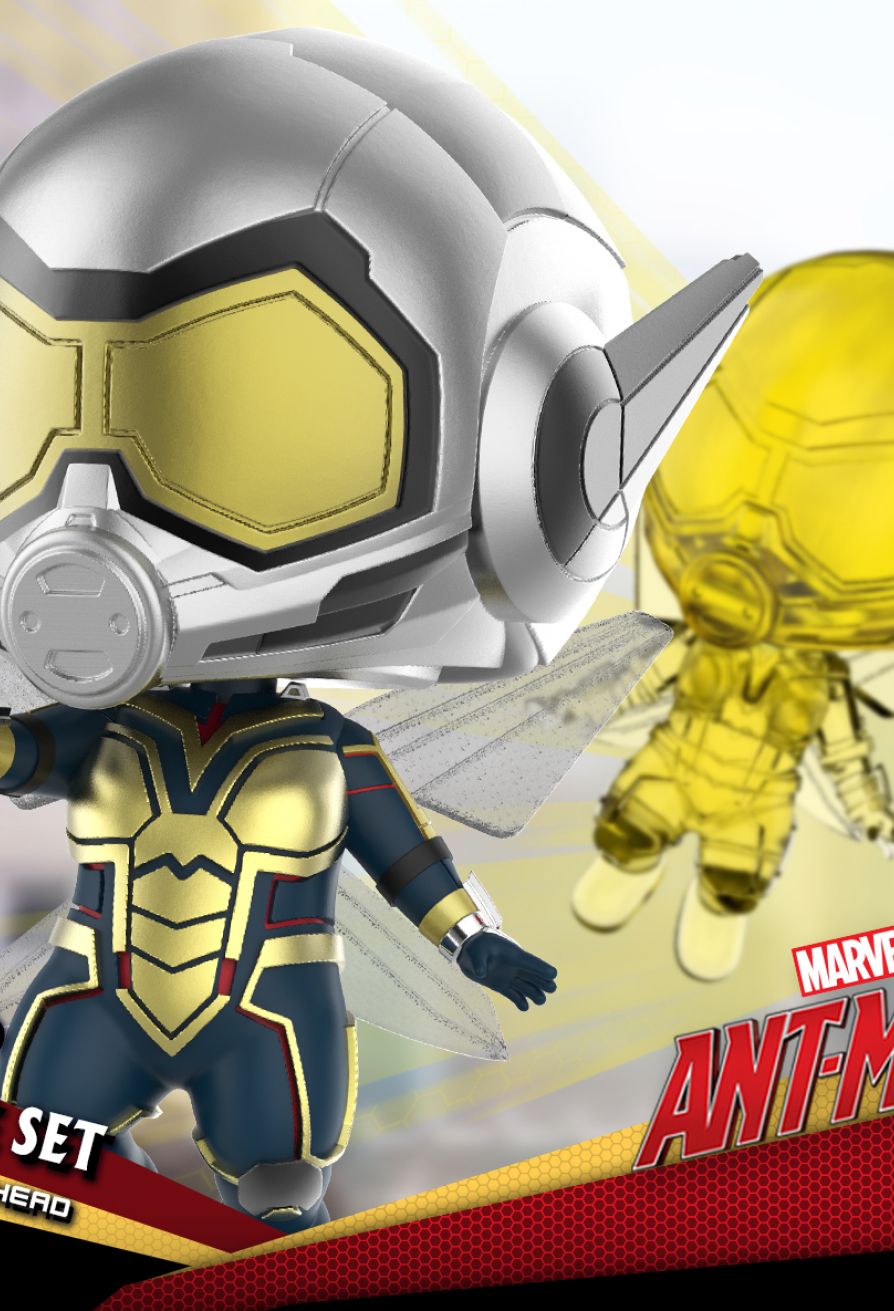 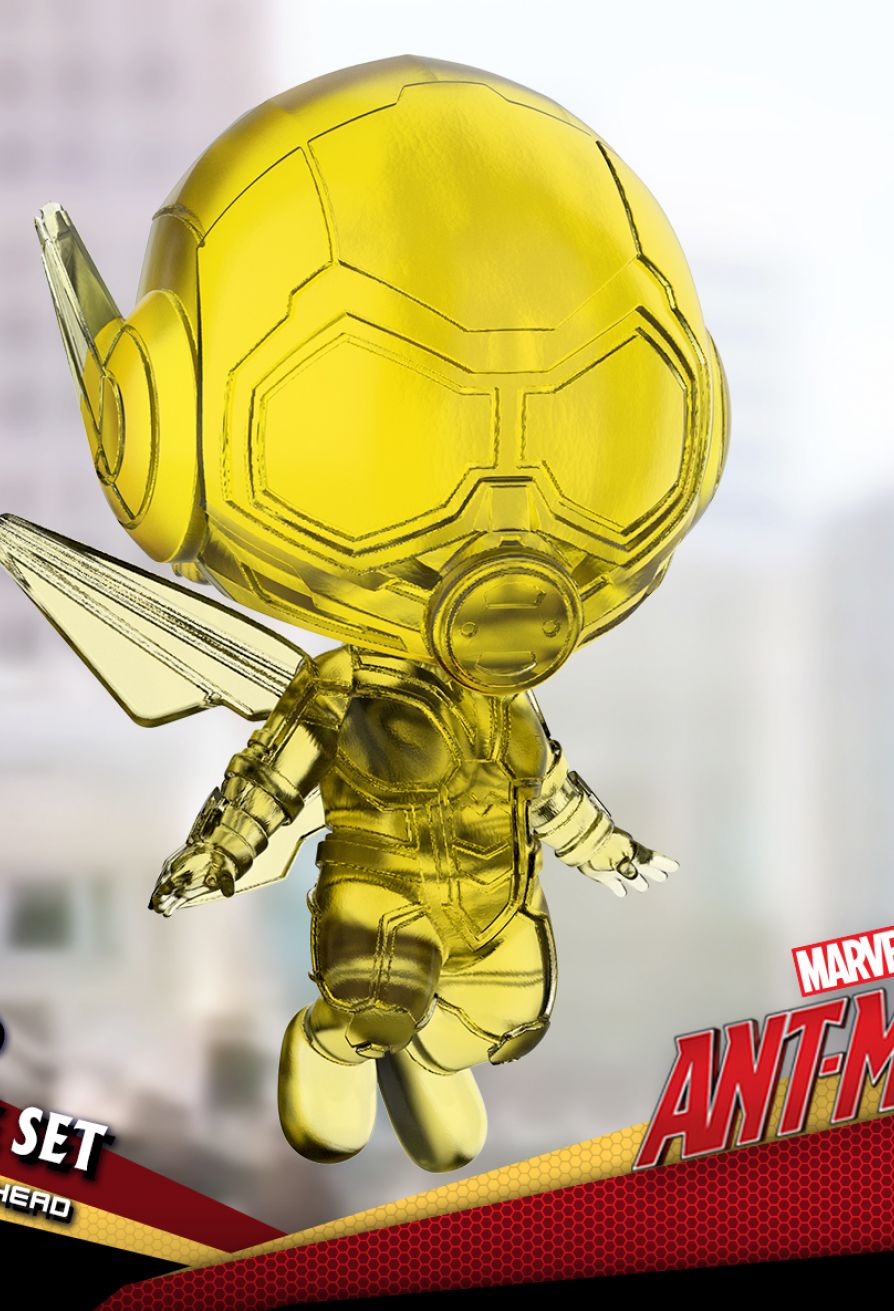 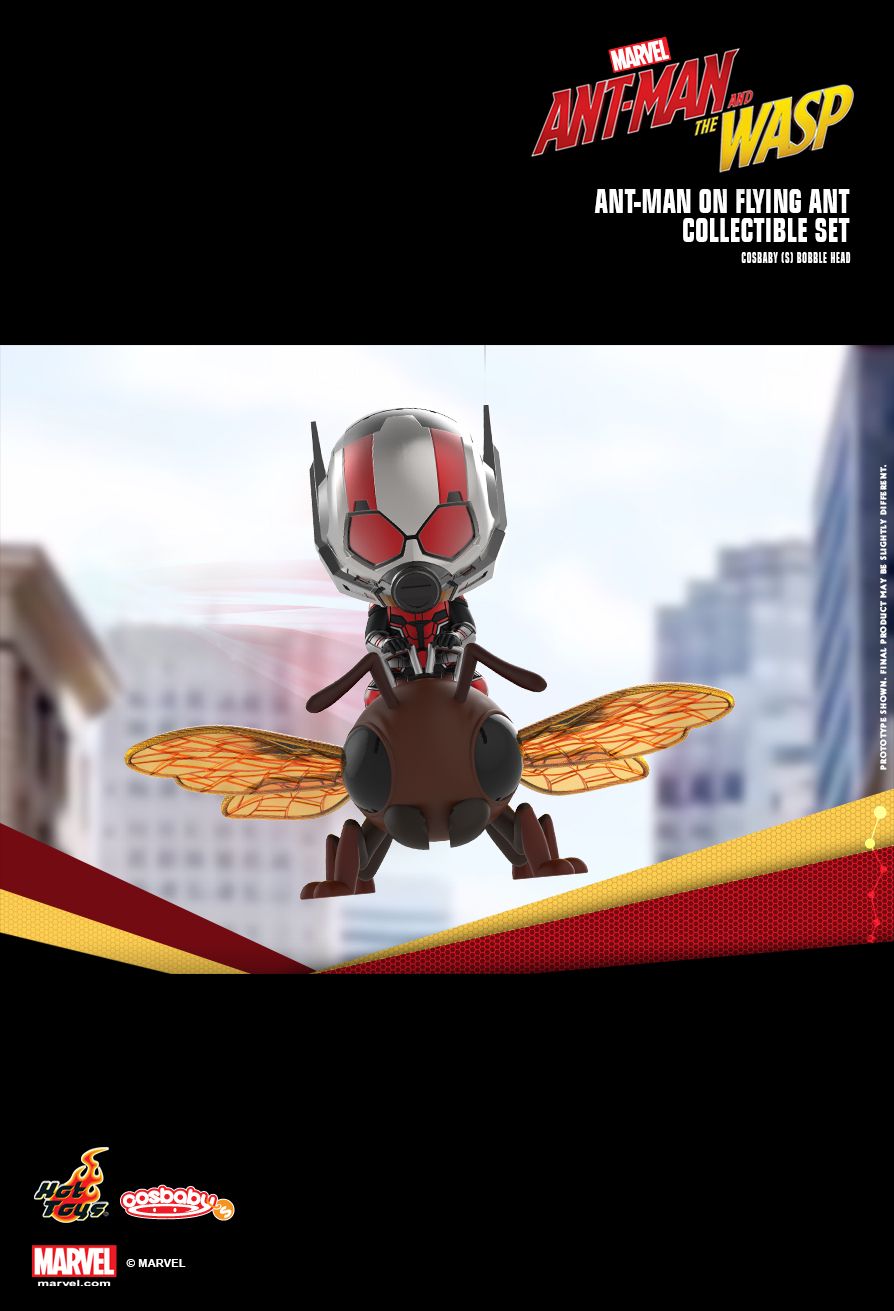 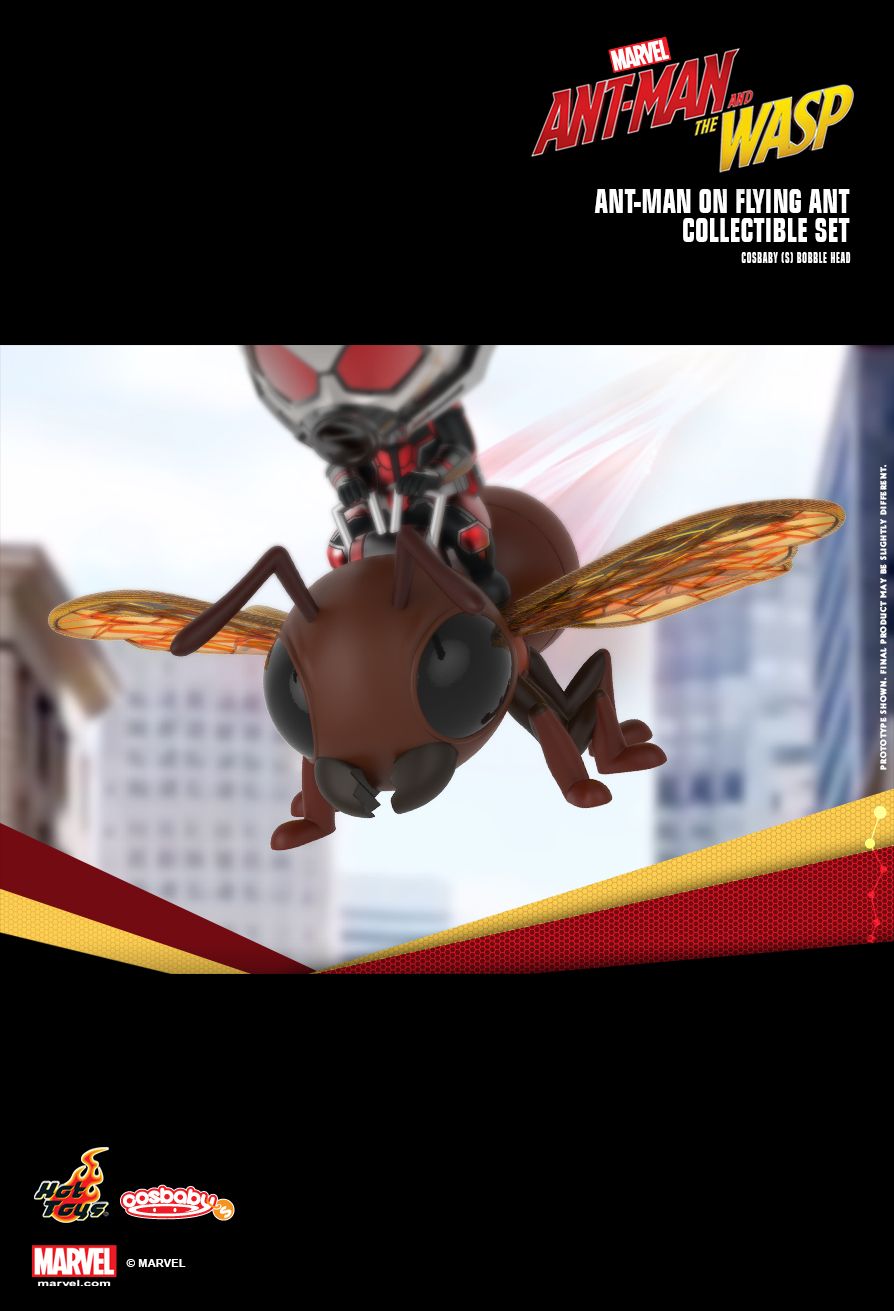 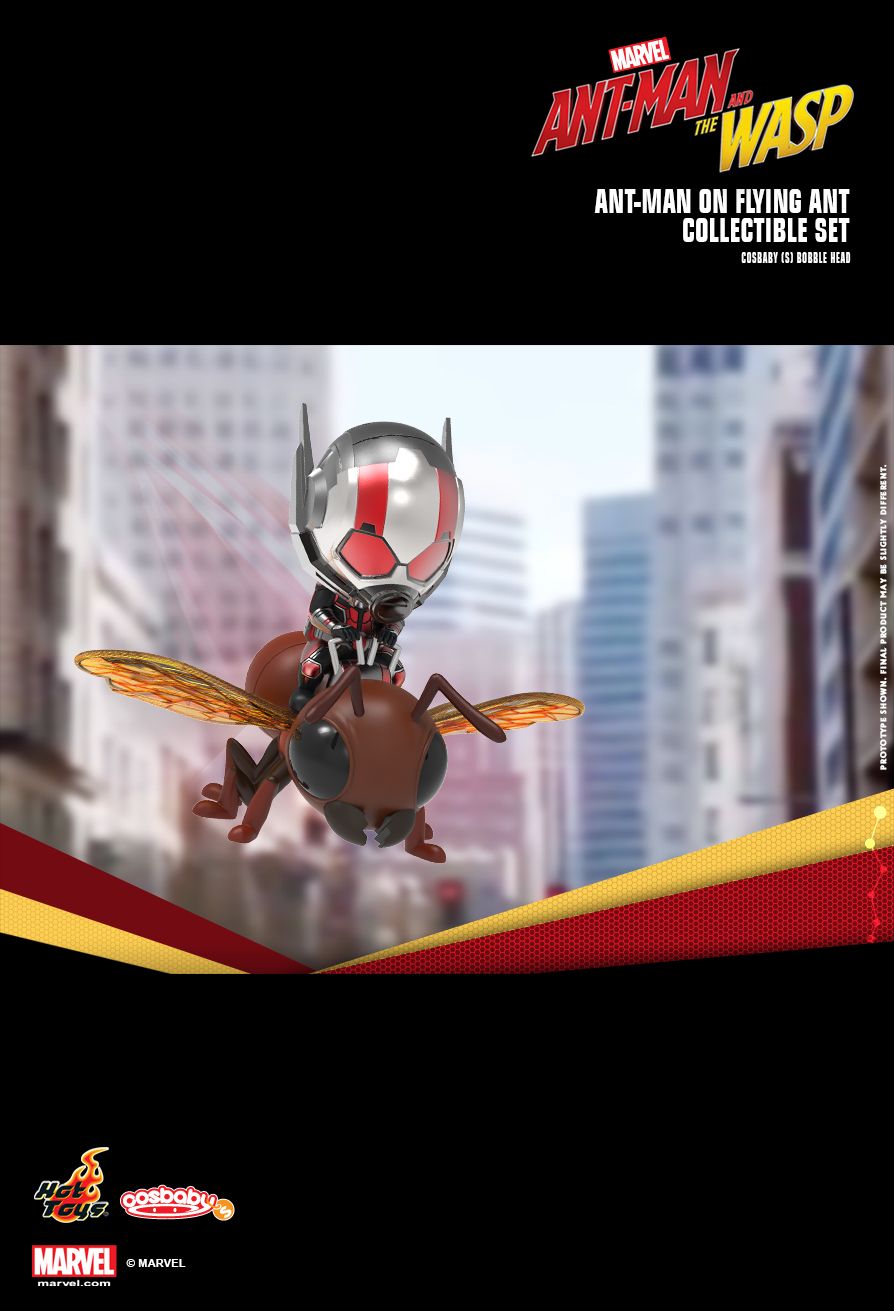 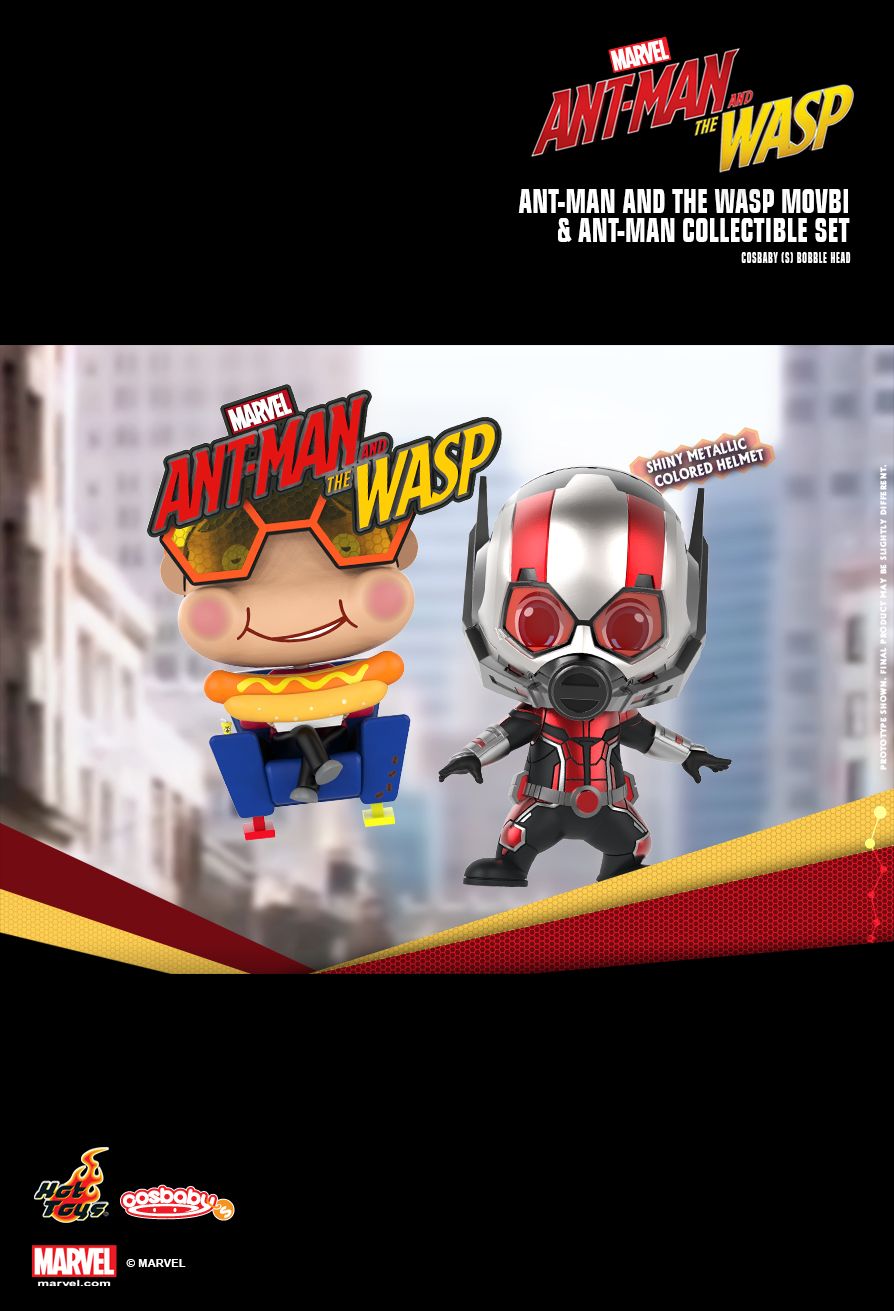