“They” took her. Tortured her. Forced her to do unconscionable things. Using bio-tech elements, they turned her into a human weapon to carry out their twisted missions… She wakes to find scars all over her body. Someone had taken her. She starts to remember… Her name was Genie. She taught special needs children, was an aspiring writer trying to move on with her life after the breakup from her fiancé, until… they took control of her mind, turned her into a living high voltage capacitor, a weaponized slave.

In battle, her neural link broke, allowing her to break free & escape.  Now she is the one in control!  Her existence threatens their whole operation, & they won't stop until they destroy her. Before they strike again, Tricity plans to use her electrically-infused cybernetic implants to exact revenge on her captors. They thought they made her into a weapon, but instead gave birth to their executioner. Now they will be the ones to suffer.

Tricity will embark on a journey to uncover the secrets that haunt her. She’ll stumble upon a web of espionage lead by an evil dictator & the doctor that created her. Kill-Strike Muay Thai fighting with Mixed Martial Arts was downloaded into Tricity’s brain. Able to slice through anything, her Tri-onic™ arm implants are powered by the arteries of her circulatory system & glands acting as a generator. Her exposed skin is deadly to the touch causing electrocution upon contact. Her mask harnesses the electromagnetic discharge from her eyes… if unleashed, she can ignite like an atomic bomb! 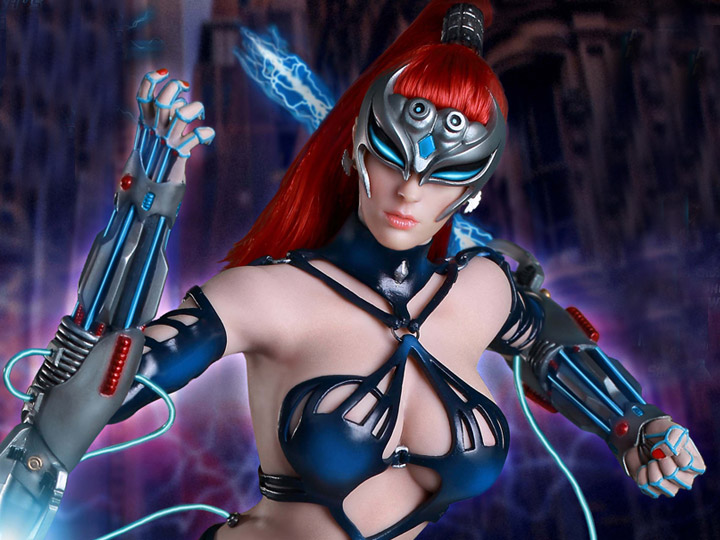 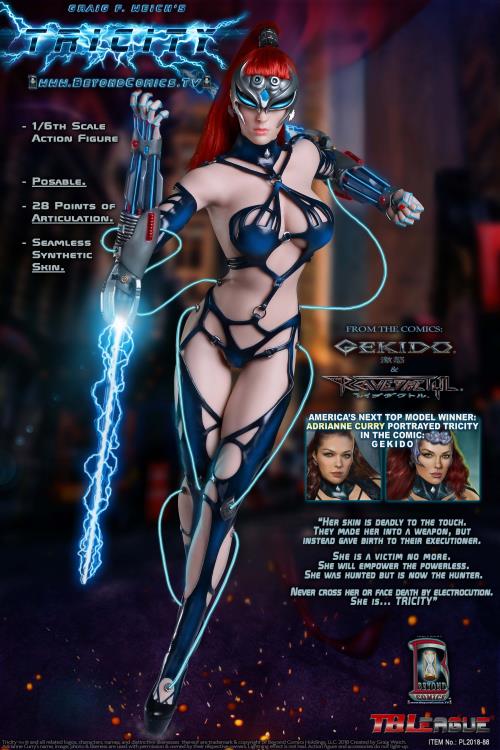 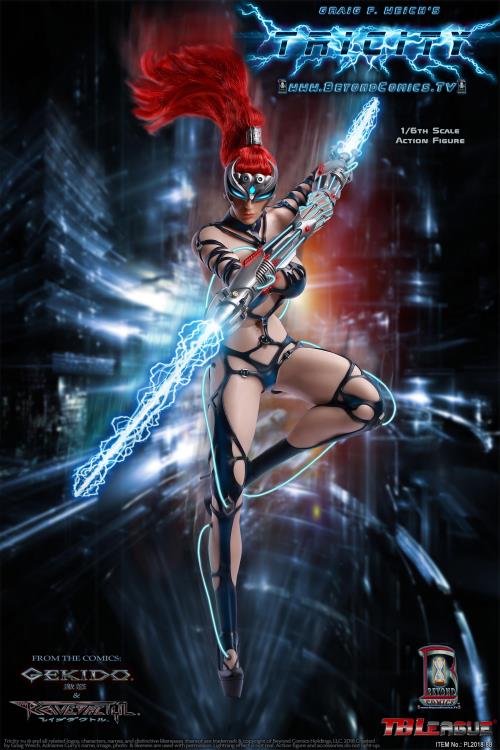 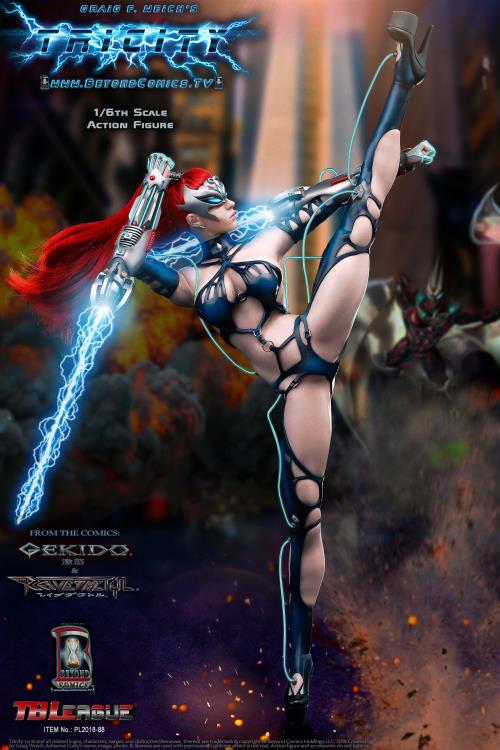 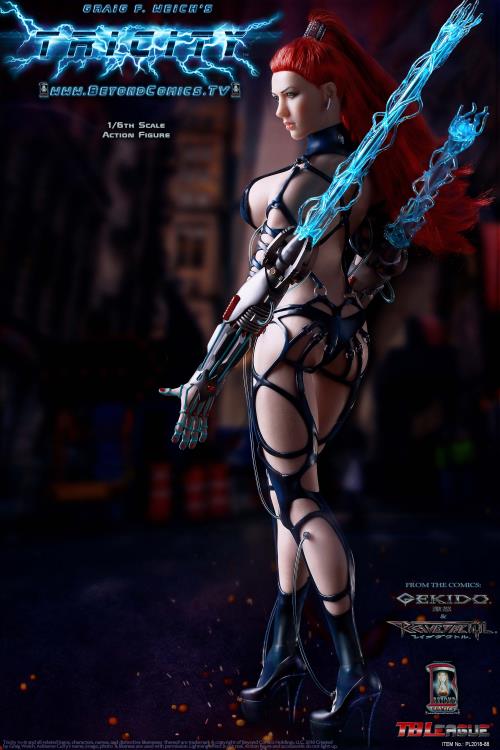 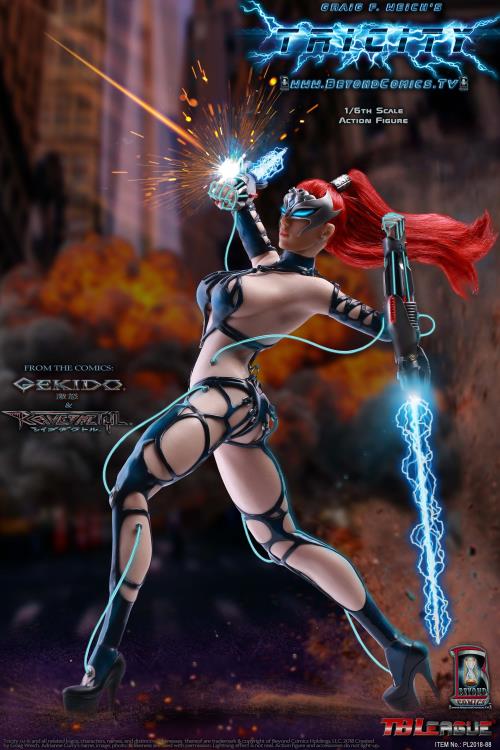 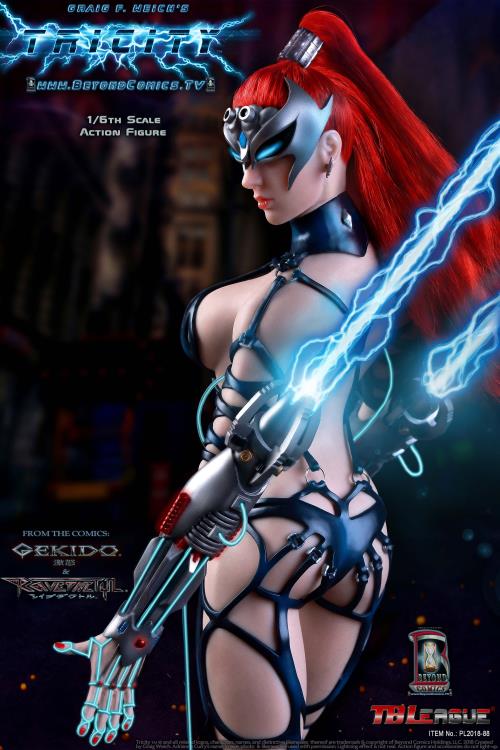 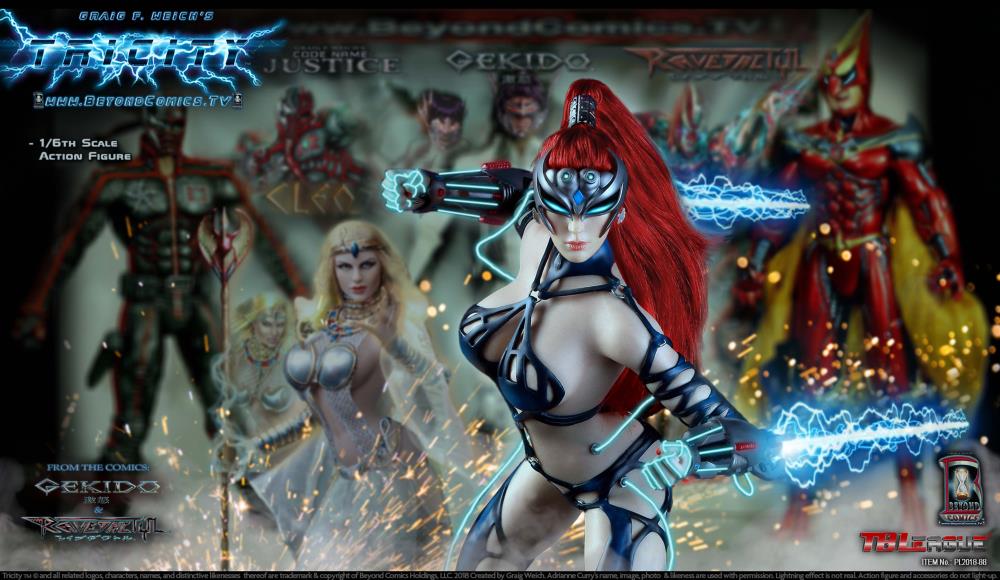 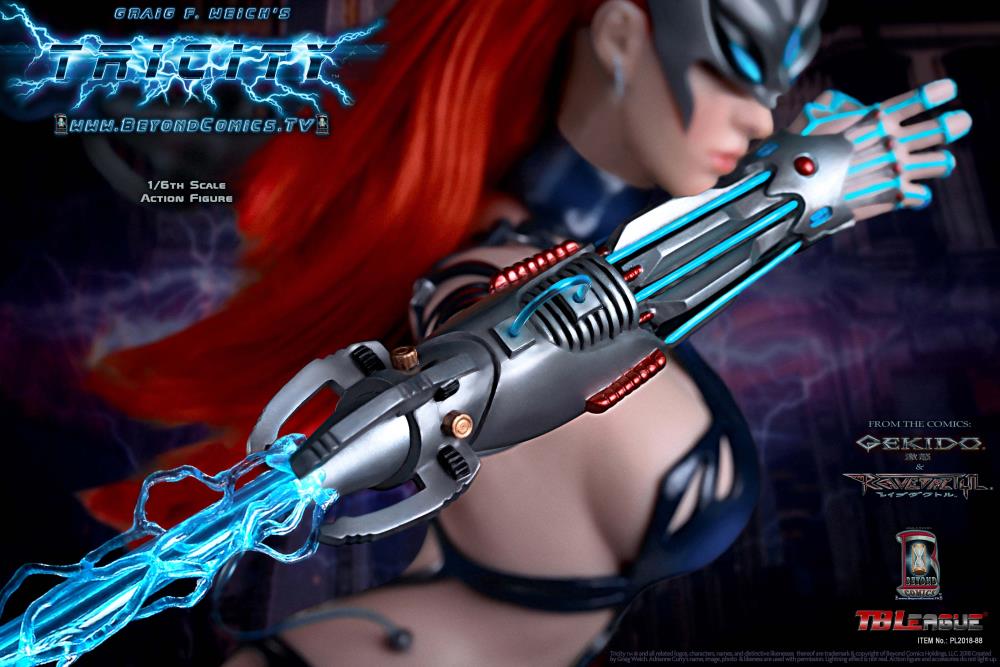