Cloud and his beloved motorcycle Fenrir arrive as a set to the Play Arts Kai series from Final Fantasy VII: Advent Children!

From Cloud’s melancholic facial expression to his hairstyle and the Cloudy Wolf ornament on his shoulder armor, the details on all of the accessories adorning his outfit are meticulously sculpted and painted for an unmatched level of quality.

There are a total of seven swords included with the figure; a fully assembled version of the Fusion Sword, and its separated version in which there are six separate pieces. Each of the six swords can be sheathed in the holders on Cloud’s back. The collector can enjoy his in-movie poses from no matter what angle you look.

Fenrir is portrayed realistically, from its uniquely streamlined form to the burned pipes around its muffler and engine.

Additionally, the motorcycle allows for storage of Cloud’s Fusion Sword, recreating the bike’s battle-ready design. The headlight and tail lamp light up by using three LR44/A7 button cells (not included).

Also included are Cloud’s goggles and mobile phone, as seen in the film, making it possible to relive the movie’s most memorable scenes through this luxurious set. 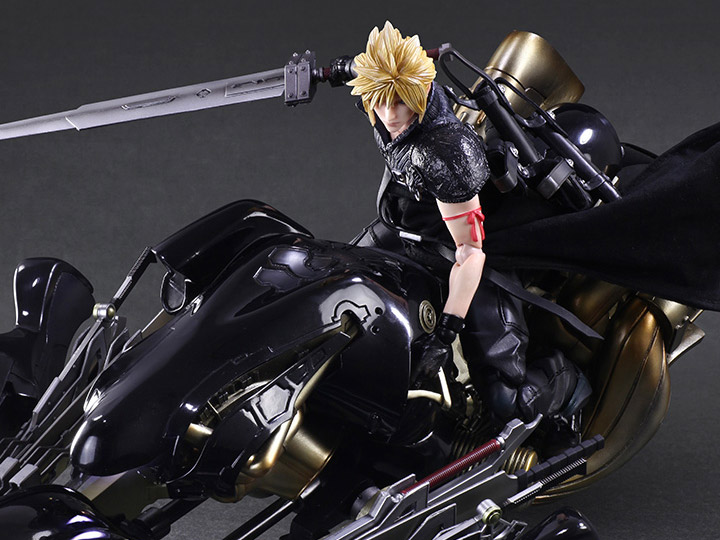 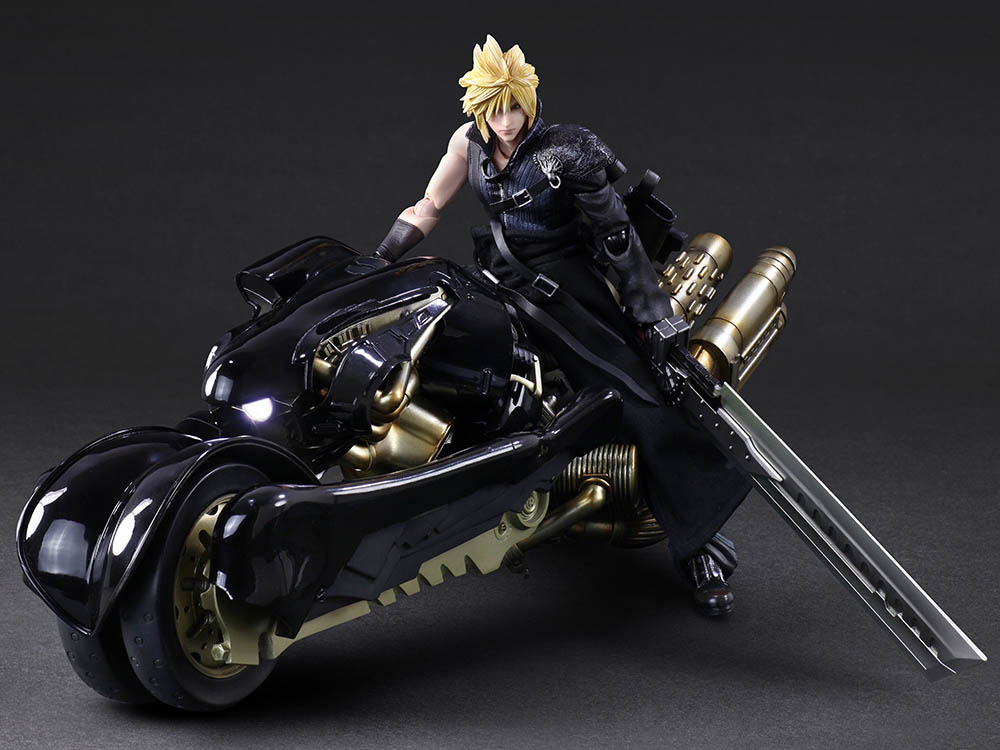 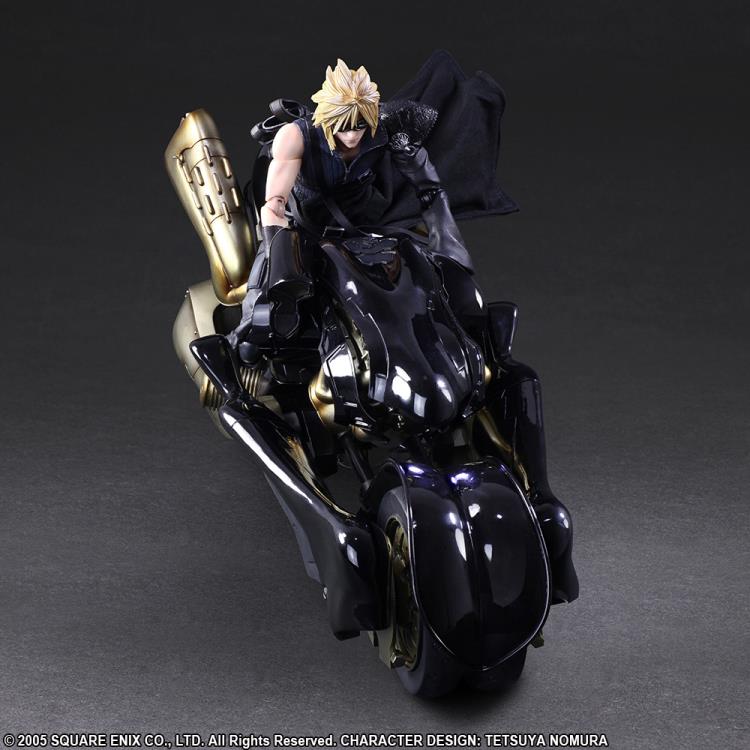 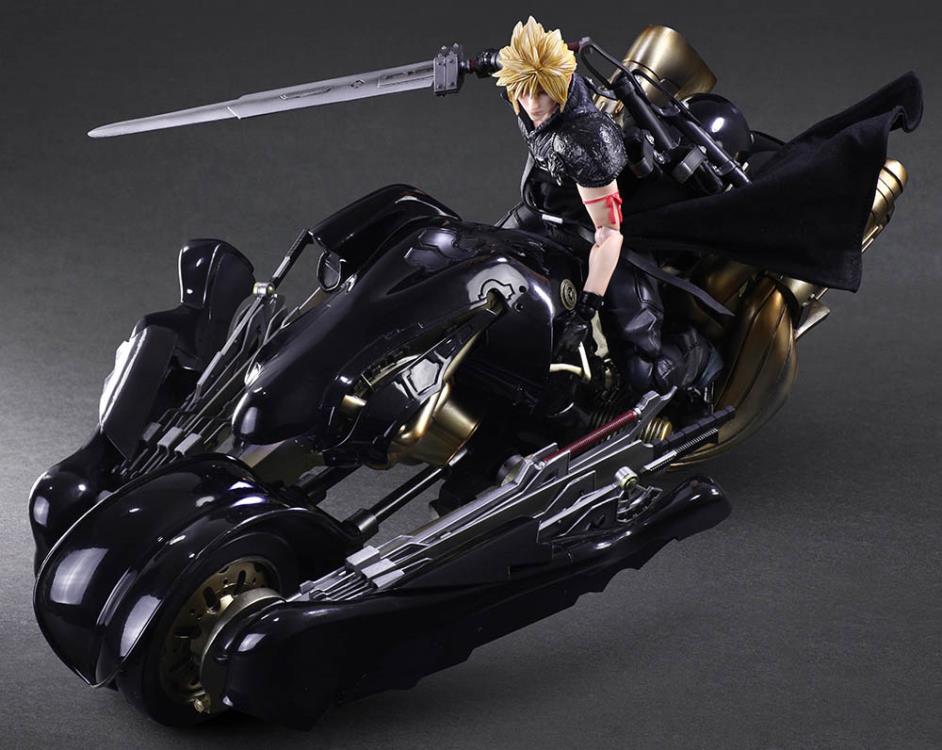 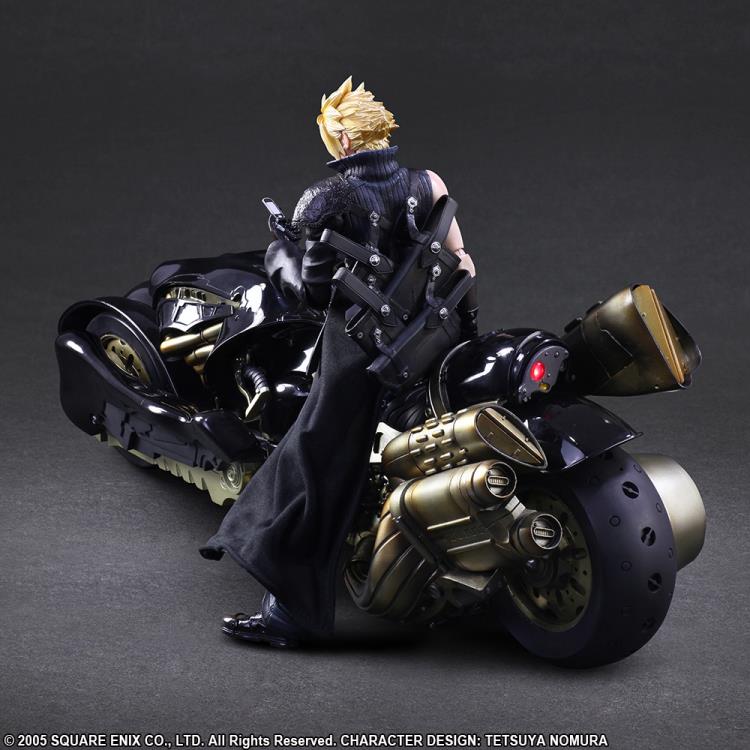 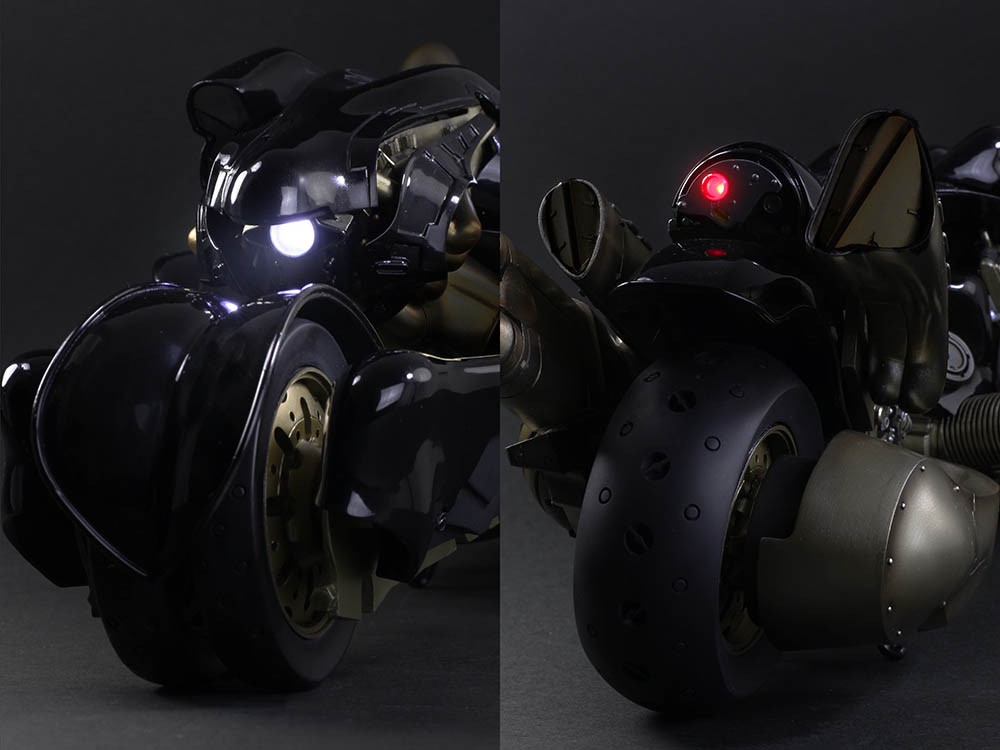 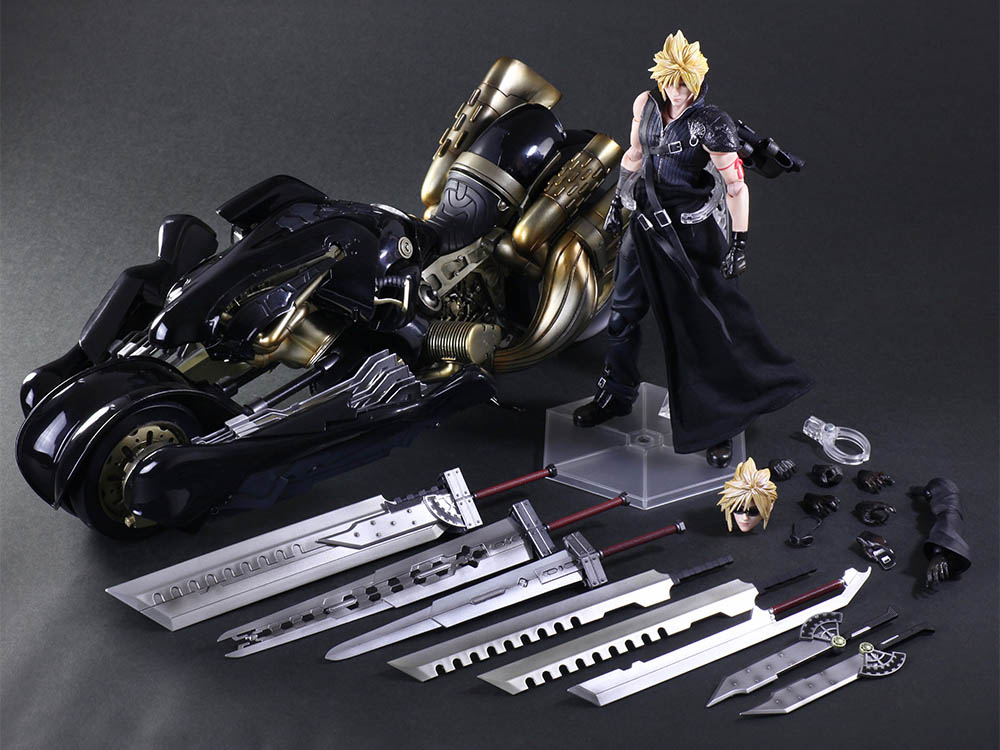 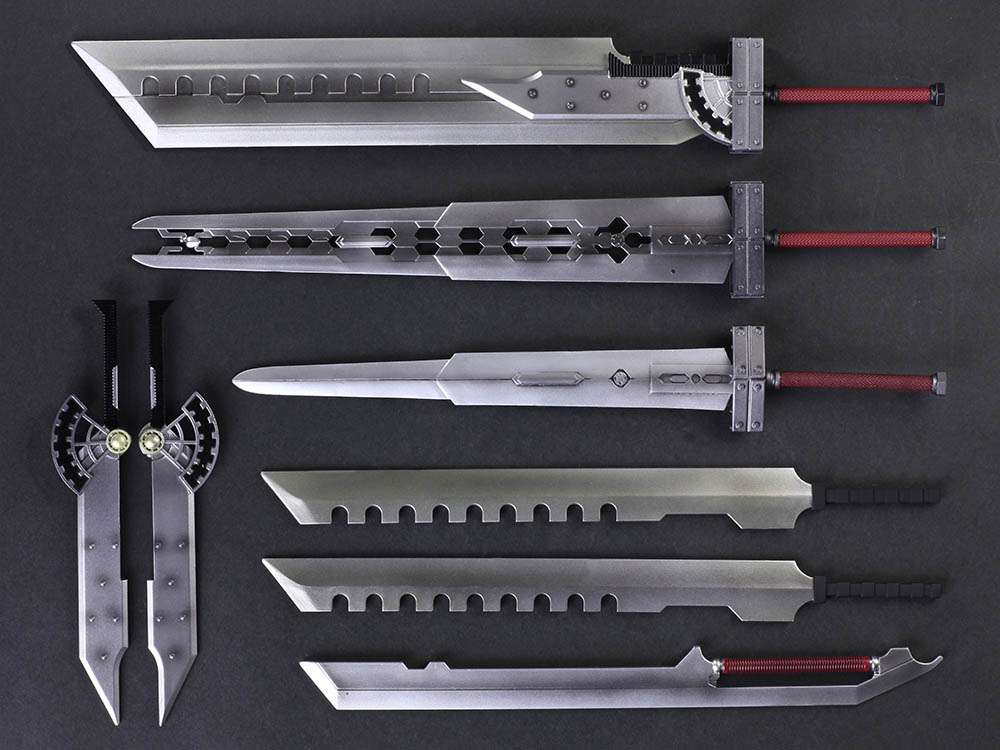 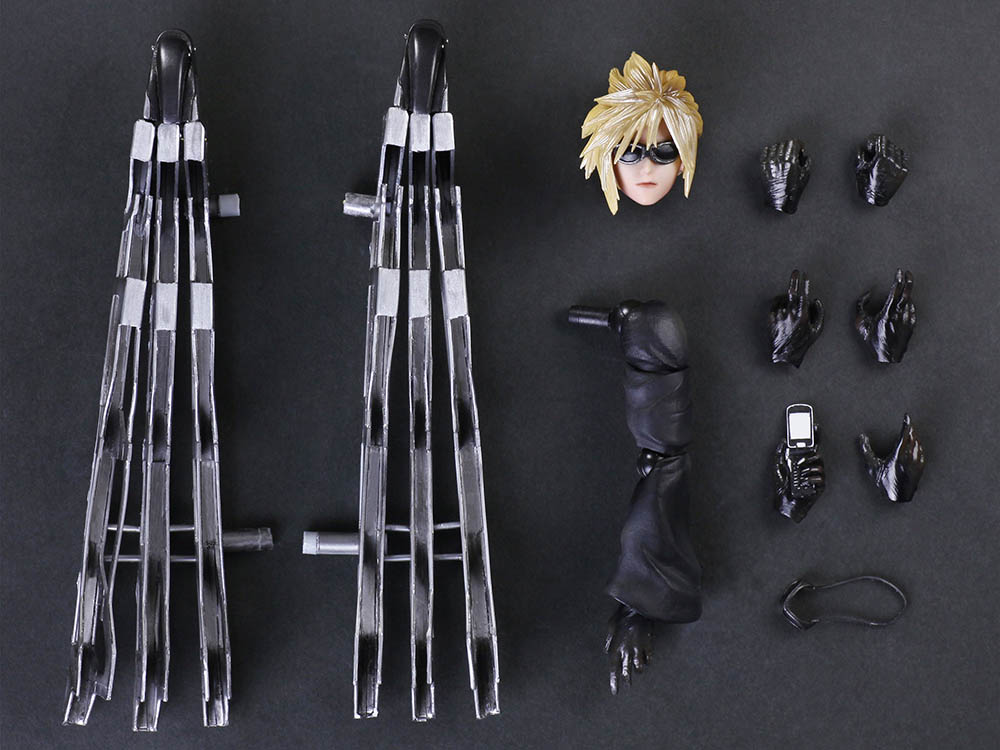