JPY / CHF: Equity markets continues to head lower amid the rising trade tensions between the US and China. In turn, safe-haven currencies have been the notable beneficiaries with both the CHF and JPY outperforming this morning, the latter continues to hover around a 3-month high against the greenback as investors focus on a break below 109.50.

AUD: The Australian Dollar failed to break through prior support now resistance at 0.7000 as risk aversion dictates price action in the Aussie, which languishes at near 4-month lows. With last weeks low residing at 0.6963, a break below could risk a move towards 0.6950.

TRY: The Turkish Lira is once again under significant selling pressure to pare the majority of the state bank intervention led gains seen at the back end of last week after reports noted that the Turkish Central Bank will use its currency reserves to help support Turkey’s budget. In turn, this has seen USDTRY spike past the 6.00 handle to move towards the 2019 highs.

Oil: Brent crude oil prices jumped over 1% this morning following reports throughout the weekend that two Saudi oil tankers had been sabotaged just outside of the Strait of Hormuz, alongside this, the UAE had also noted that four commercial vessels were targeted. Consequently, the rise in middle east tensions have underpinned oil prices despite the dampened sentiment stemming from US/China trade war tensions. 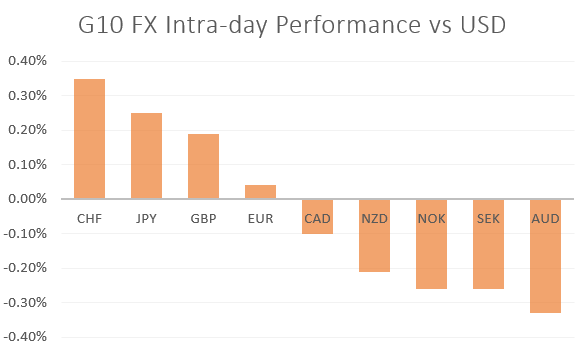 How to use IG Client Sentiment to Improve Your Trading