From the world of Final Fantasy VII, one of the most beloved titles from the Final Fantasy  franchise, Square Enix present to you Aerith Gainsborough. Depicted from the ending footage of Crisis Core: Final Fantasy VII , seven year prior to the events of Final Fantasy VII . The designers have paid great care in recreating her feminine form and the texture of her clothing, for a finish that looks very accurate to her presence in-game. Square Enix tried to express Aerith’s identity as someone who carries the burden of being the last of the ancient race Cetera, but lives her life beautifully.

With interchangeable face parts – one which features a soft yet determined expression as well as one with her deep in prayer. Using the other included accessory parts & display stand, you can recreate various scenes. 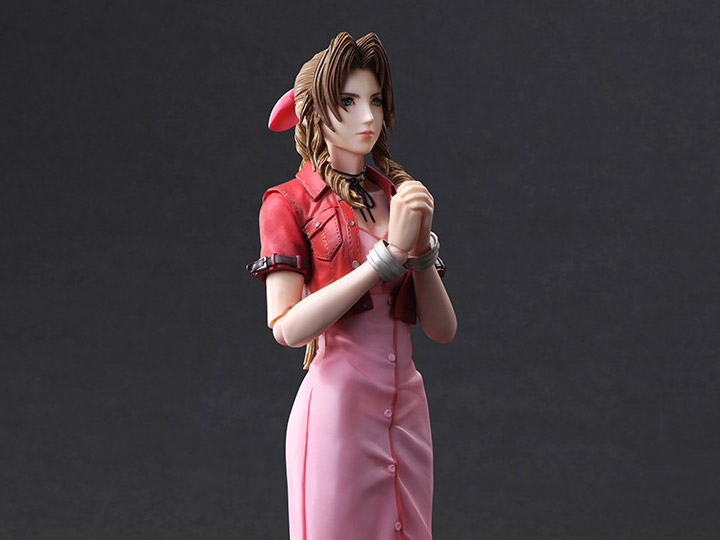 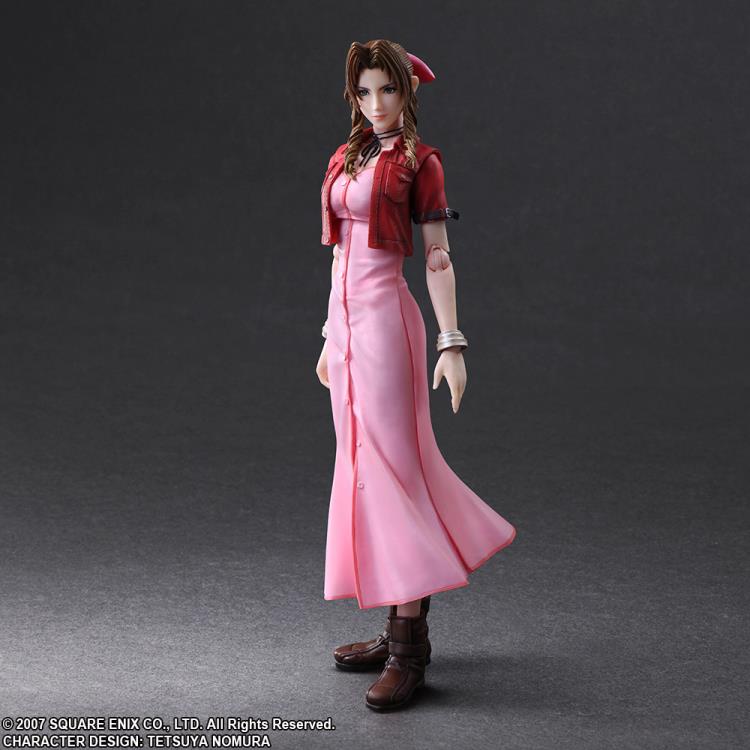 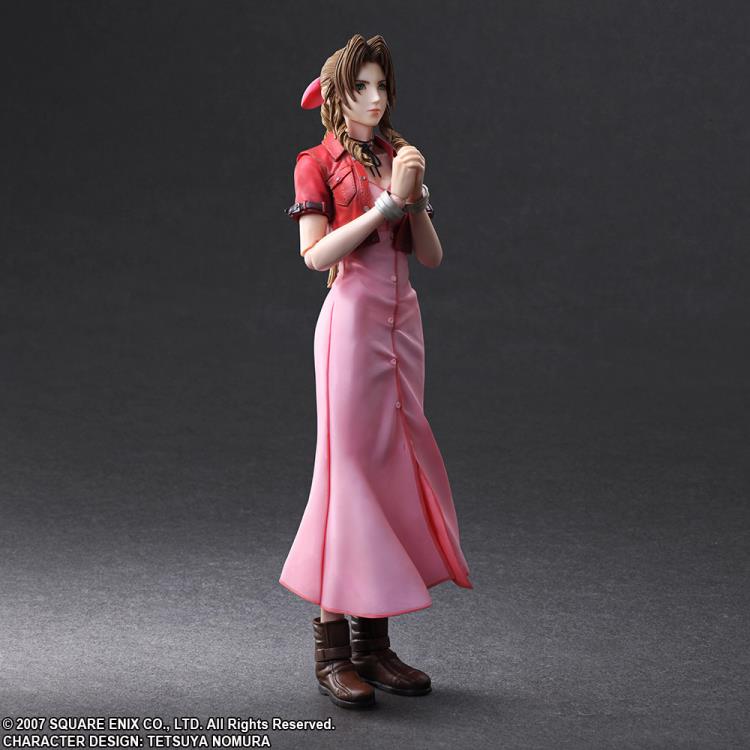 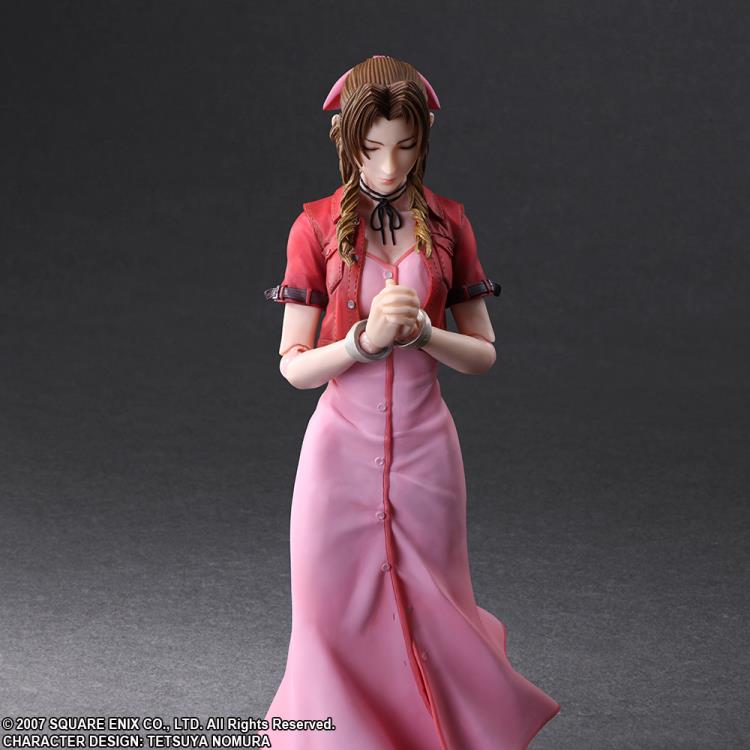 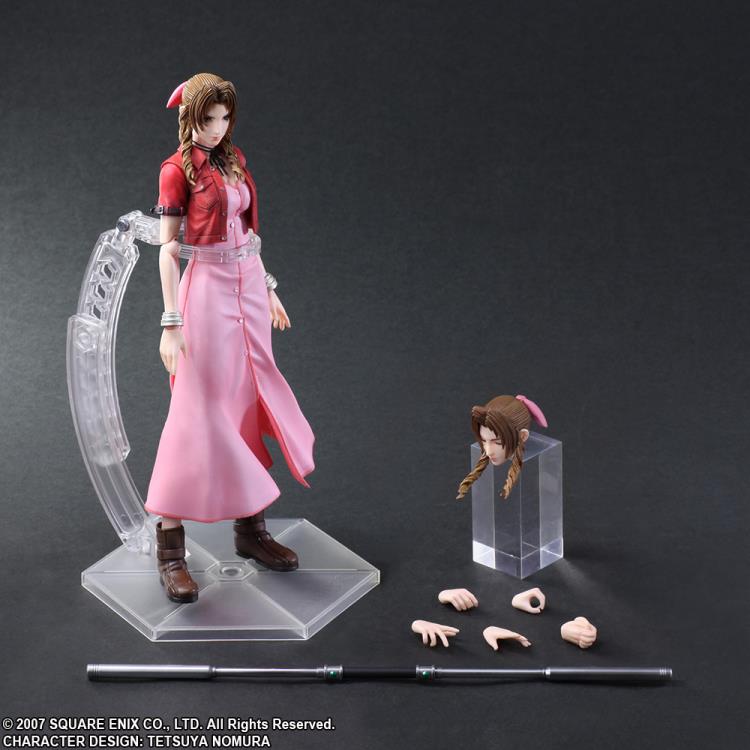 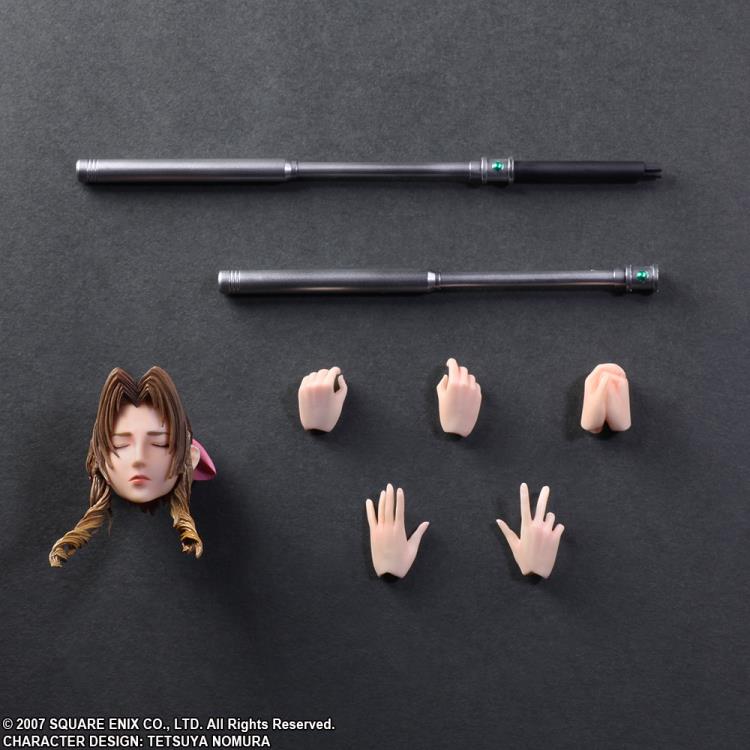