The One:12 Collective Captain Marvel figure features 3 head portraits with the likeness of Brie Larson. One masked head features glow-in-the-dark eyes, highlighting her superpowers. Captain Marvel is accompanied by her space-travel companion and pet cat, Goose.

The cosmic-powered hero is presented in a fitted suit with star insignia and a removable flight bomber jacket. She comes complete with a range of energy projection effects, perfect for defending earth during a galactic war.

After an accident that caused her DNA to be fused with that of a Kree, Carol Danvers, better known as Captain Marvel, gained superhuman strength, energy projection, and flight. The story follows Captain Marvel as she becomes one of the universe's most powerful heroes as Earth is caught in the middle of a galactic war between two alien races. 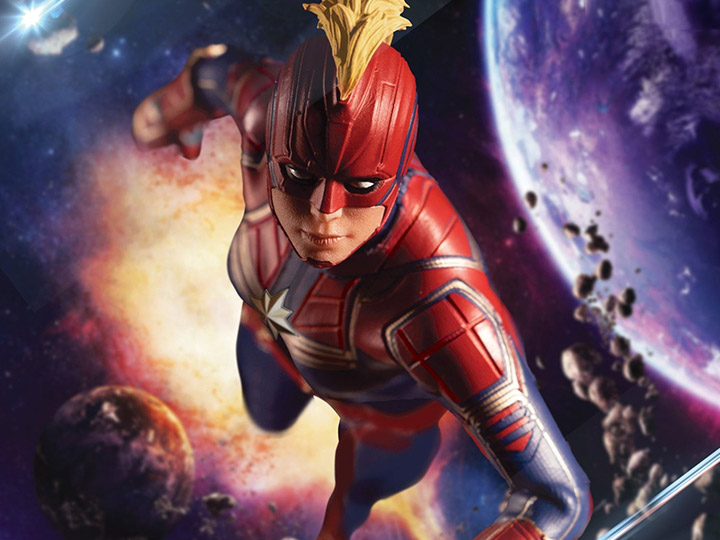 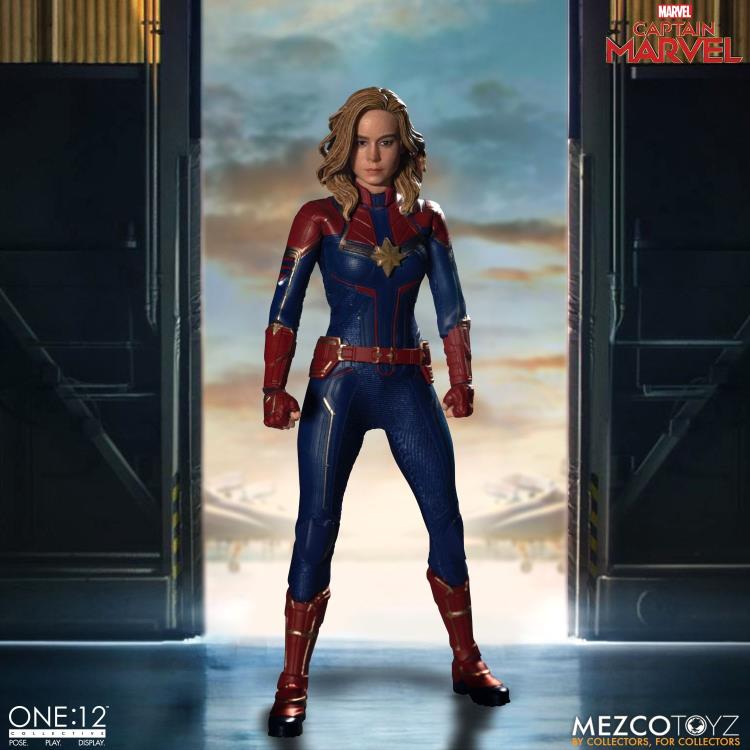 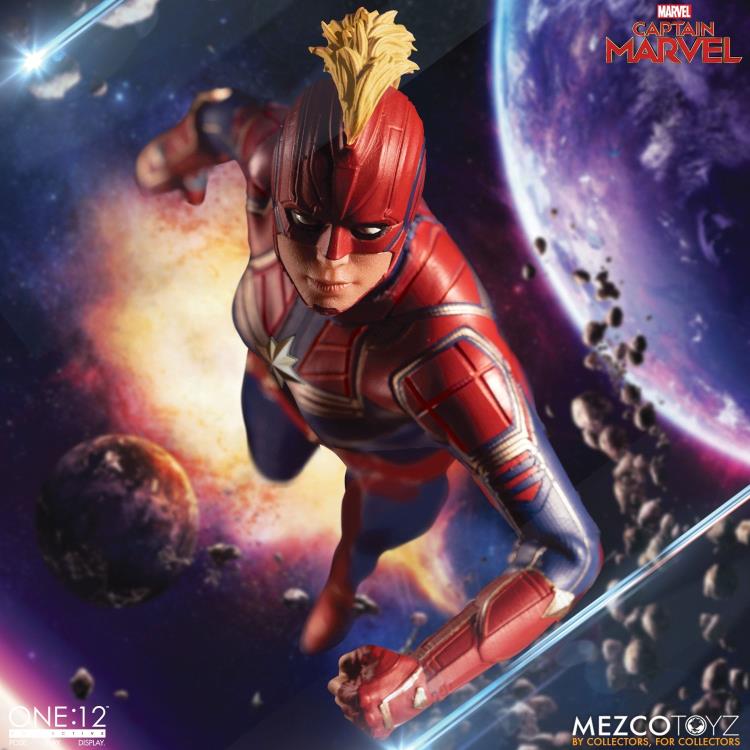 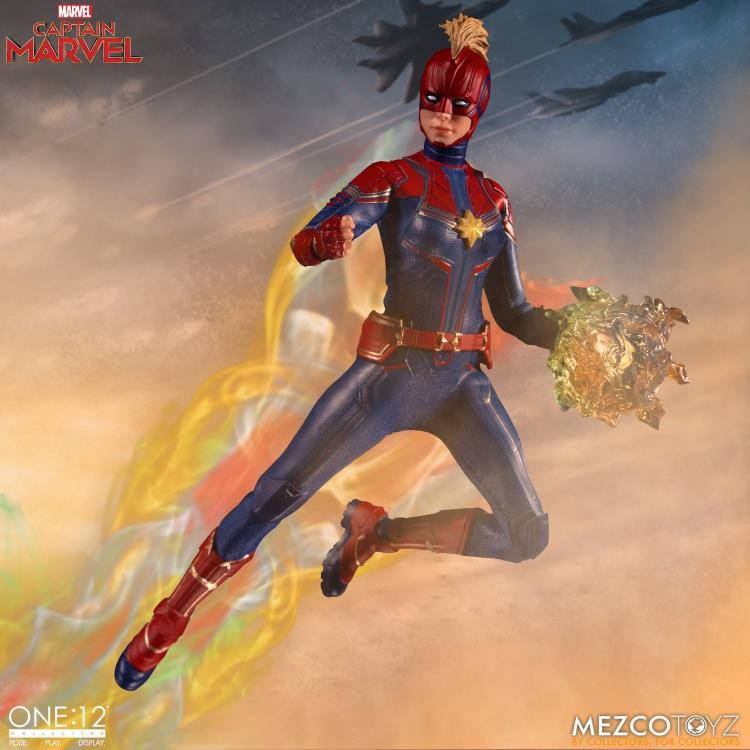 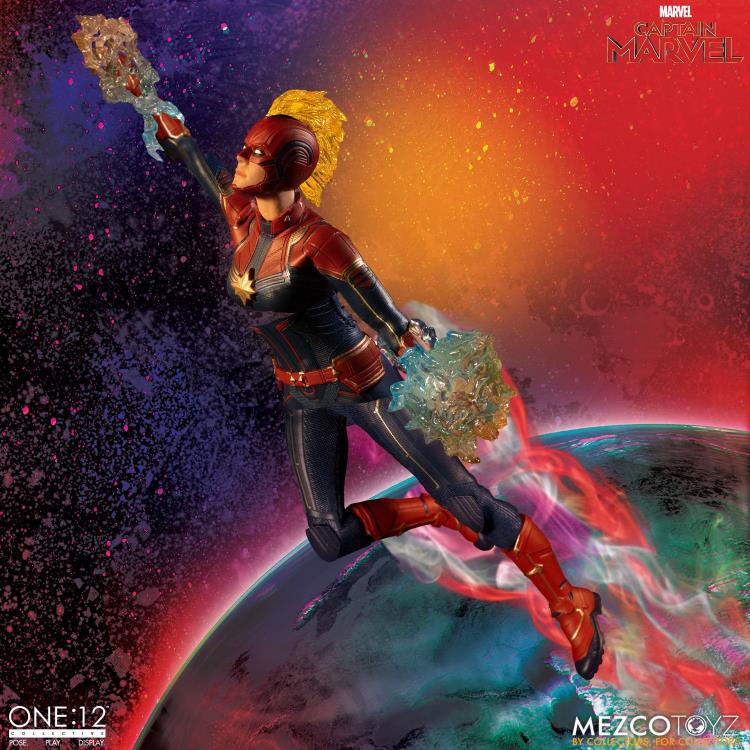 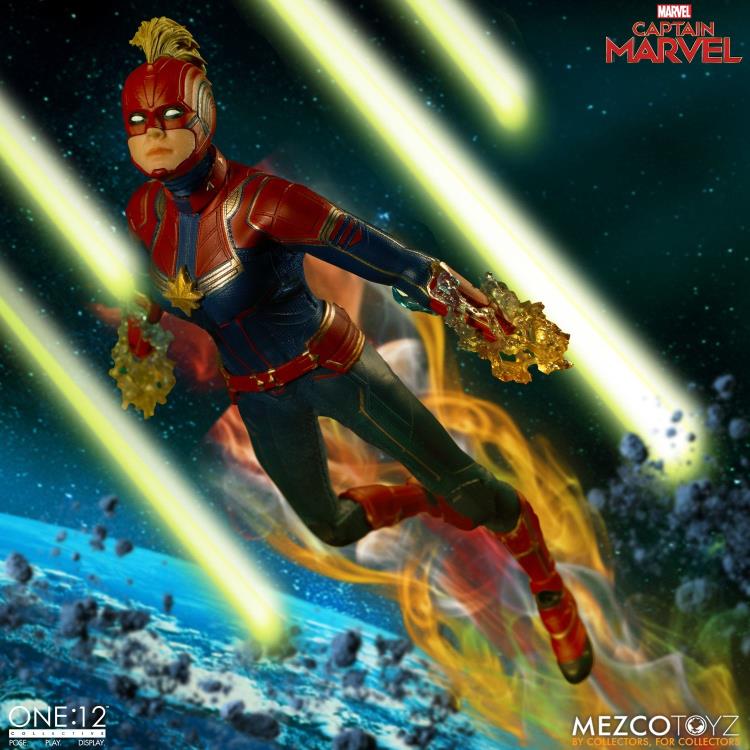 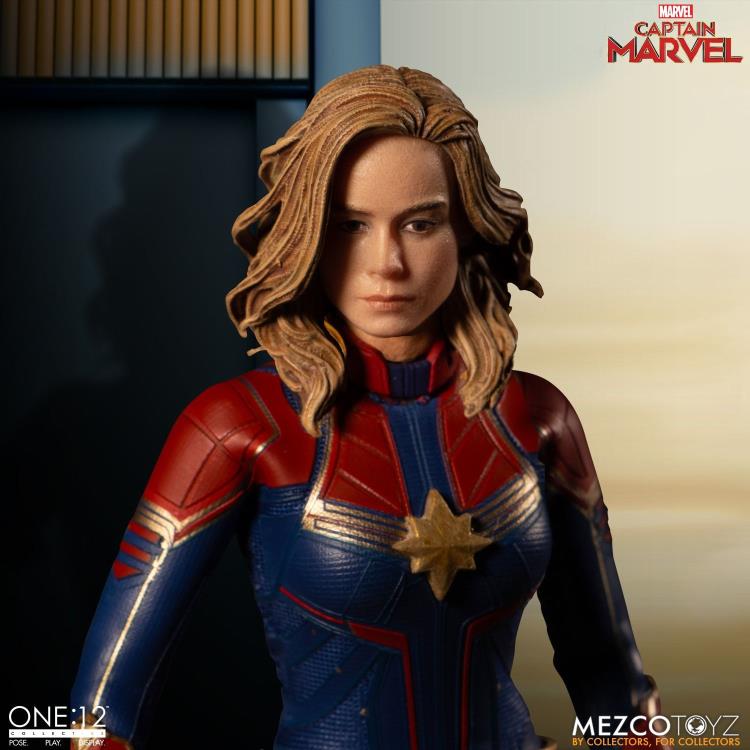 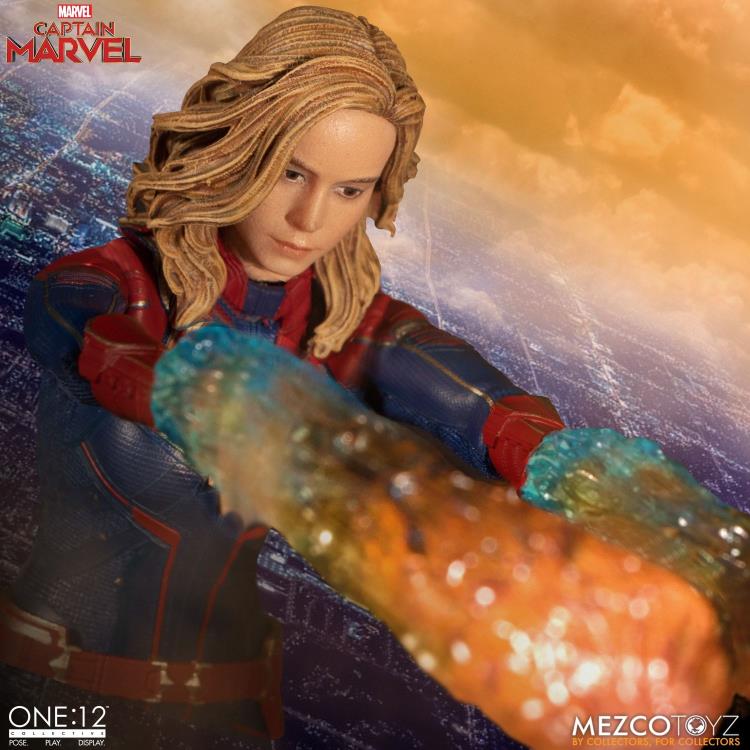 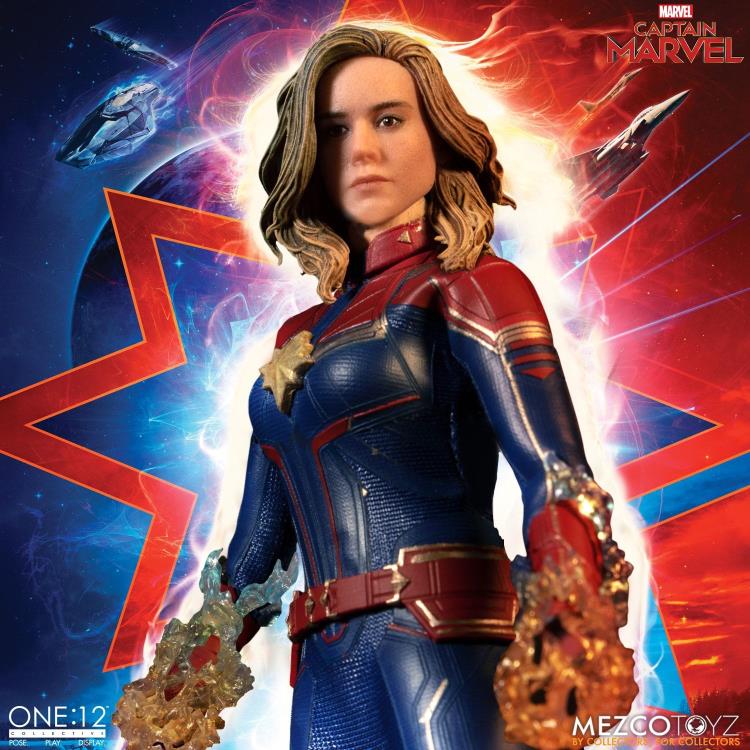 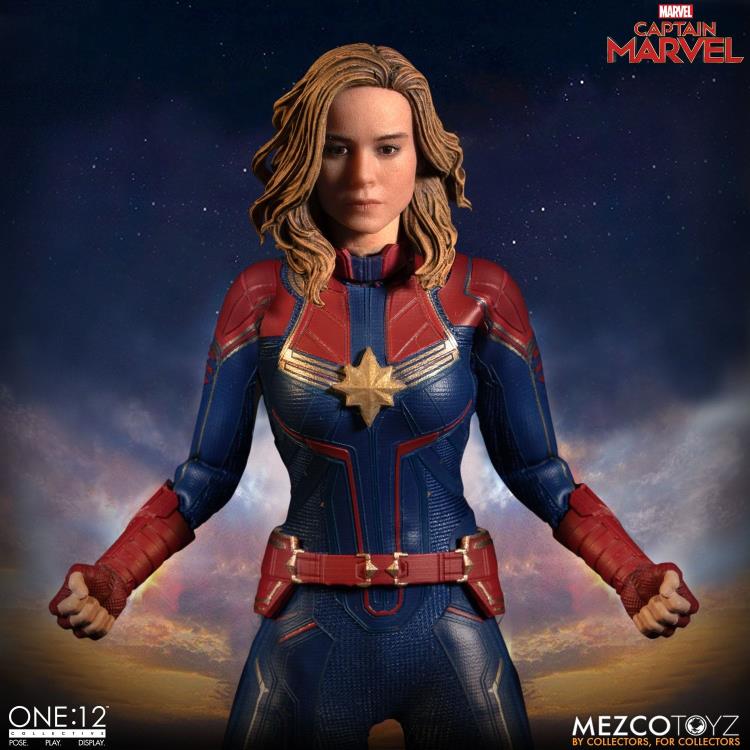 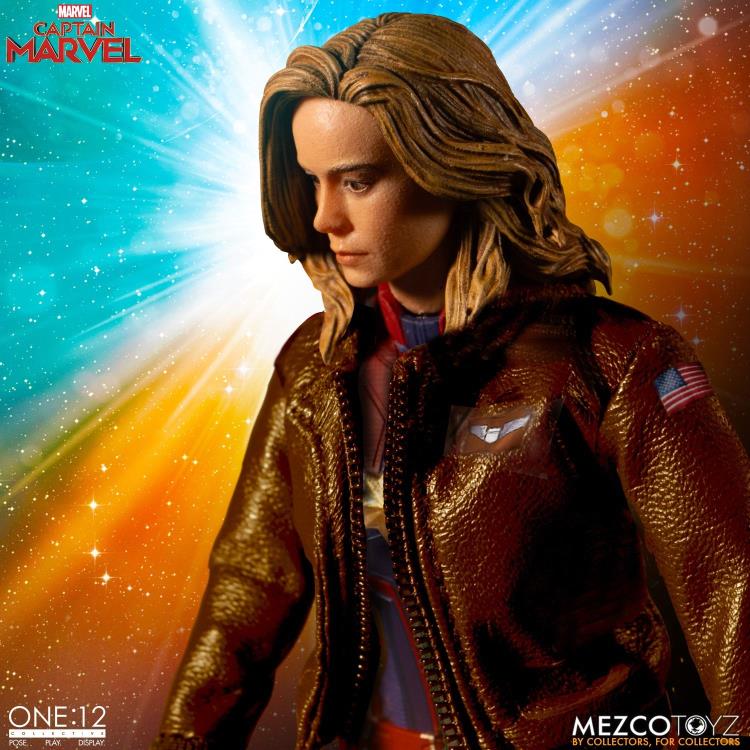 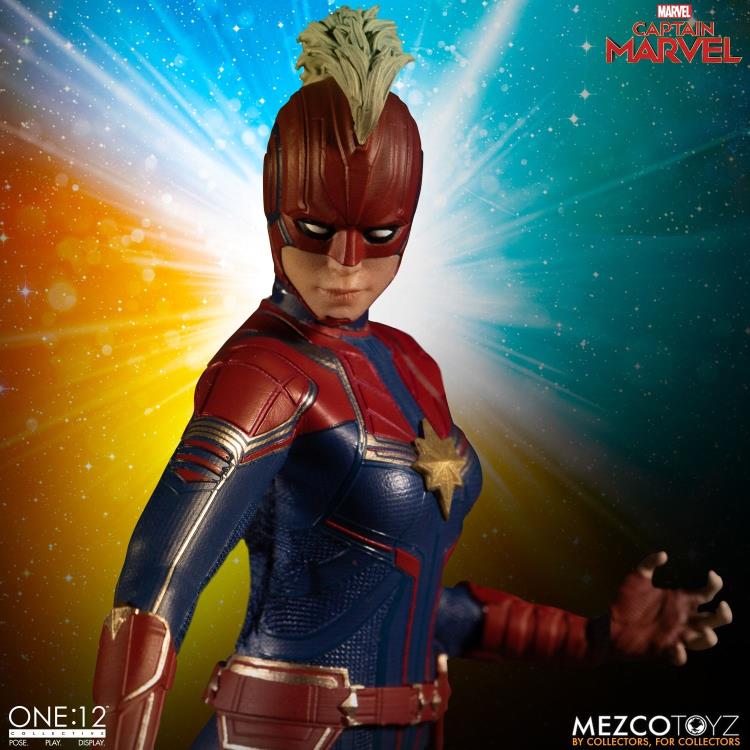 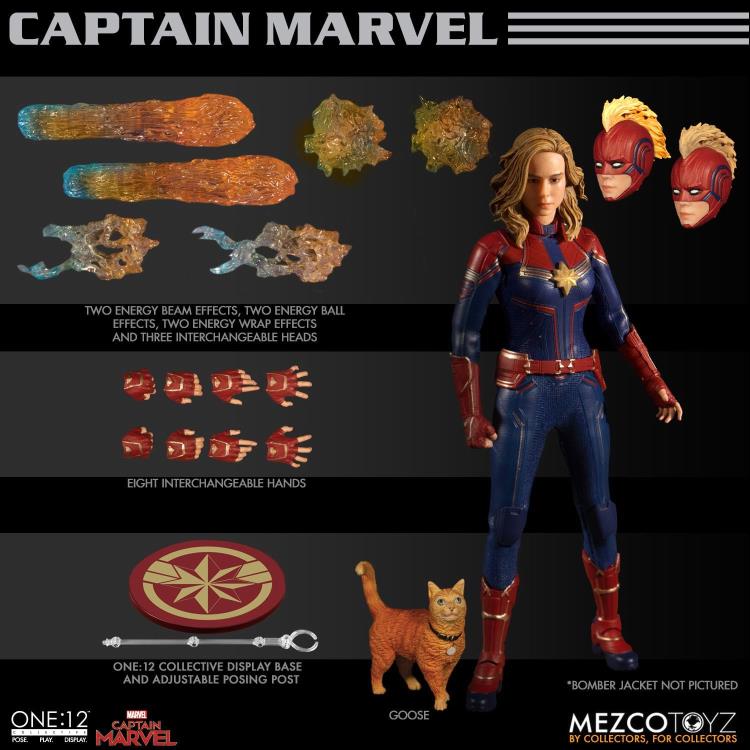