International shipping cost is calculated using dimensional weight instead of actual weight. Due to USPS size restrictions, this item will not be able to ship to most international destinations.

UPS Worldwide and FedEx International service is available to Canada, Australia, Japan and United Kingdom. Customers in these countries will be notified at the time of shipping if one of these methods is not your default shipping method. All other International destinations will be canceled.

Megatron is the commander of the Predacons (the descendants of the Decepticons), and the main antagonist of two of the Transformers TV series, Beast Wars, and Beast Machines. His beast form is a tyrannosaurus rex, a transmetal Tyrannosaurus Rex, and a Dragon. He named himself after the original Megatron of his ancestry.

Prime 1 has crafted Megatron with attention to details and true to the original design of the character. The base on which it stands features a defeated Dinobot among the environment. The statue of Megatron is fitted with LED light-up on eyes and arm. The whole statue including the base stands at an impressive 27 inches tall. 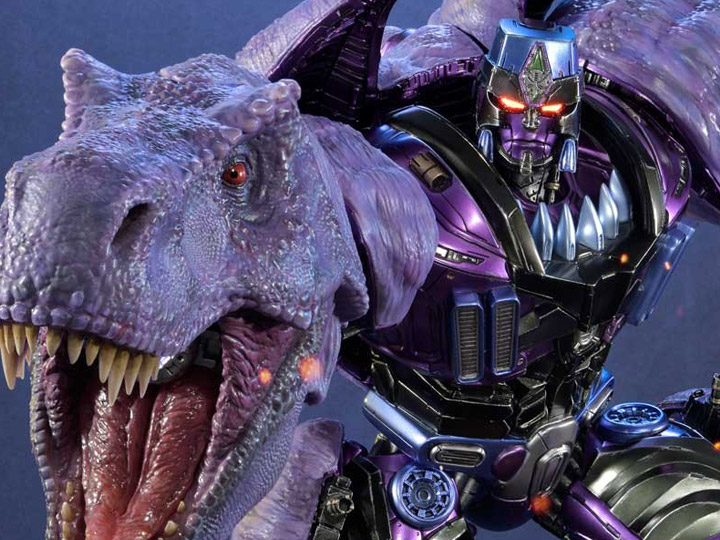 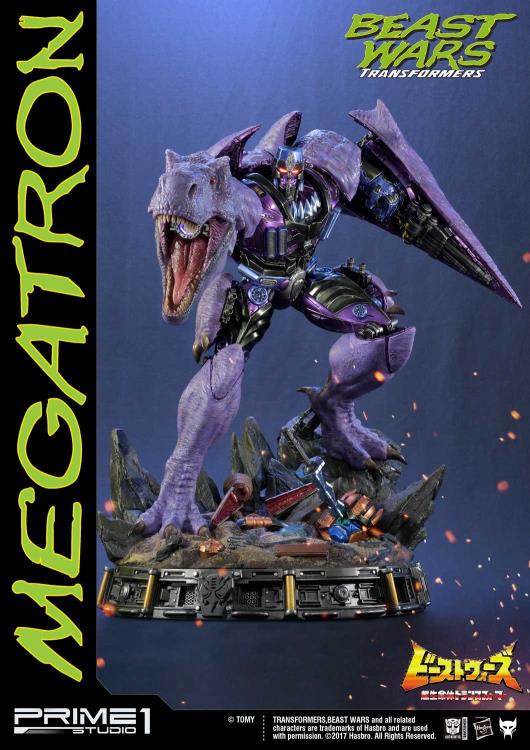 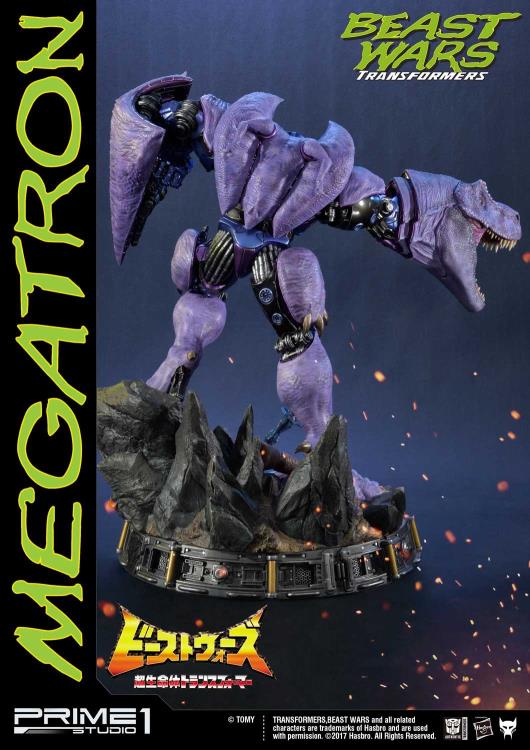 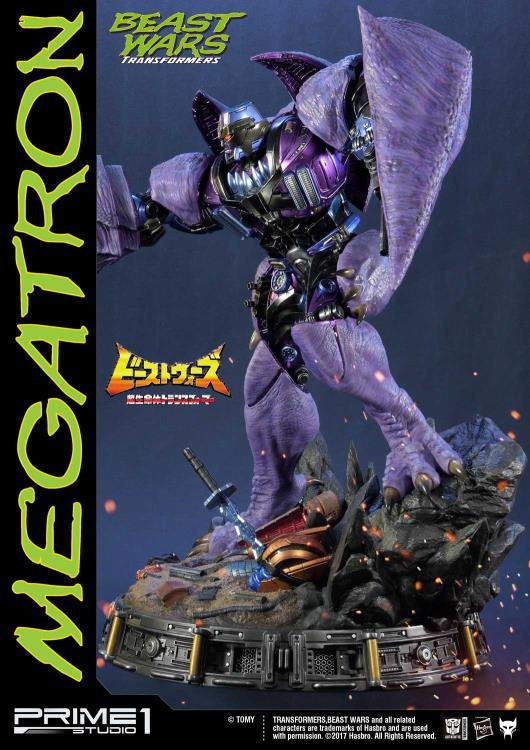 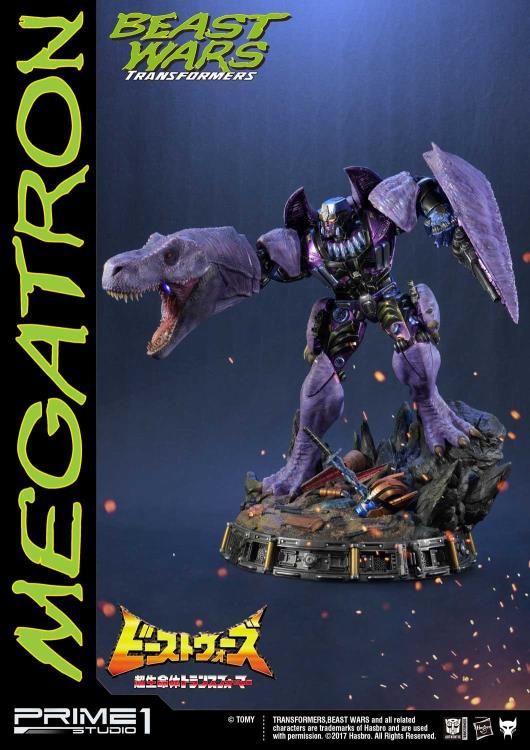 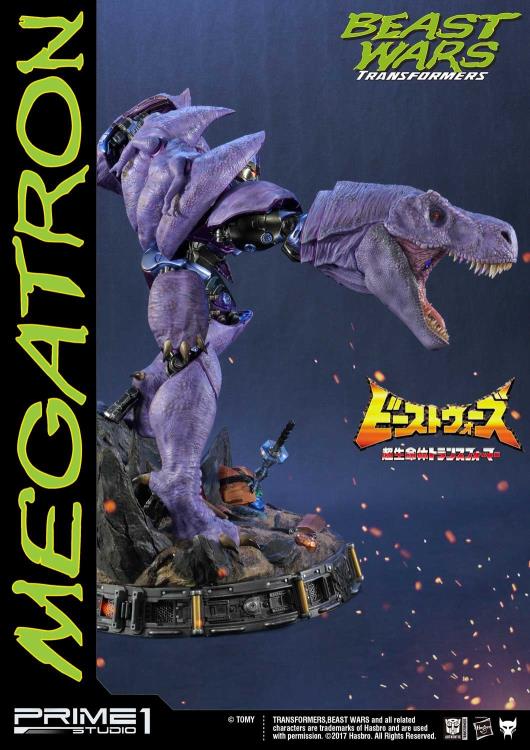 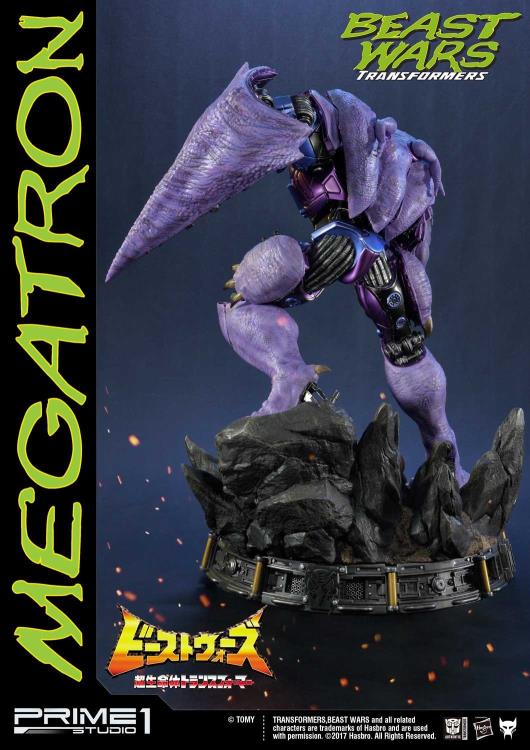 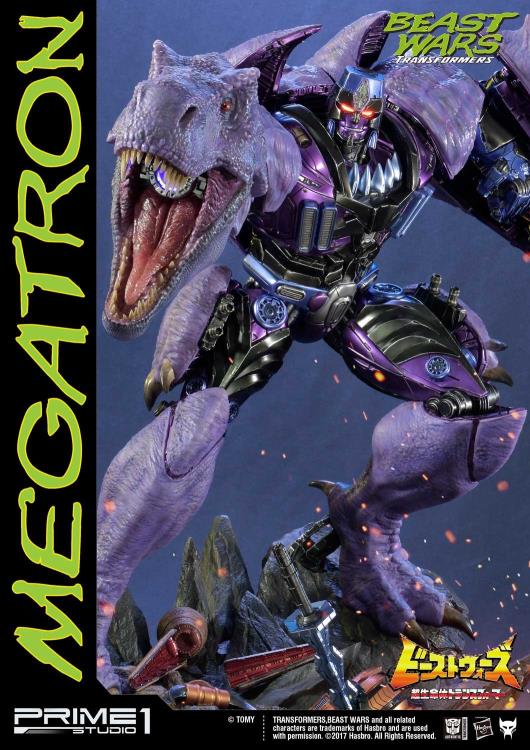 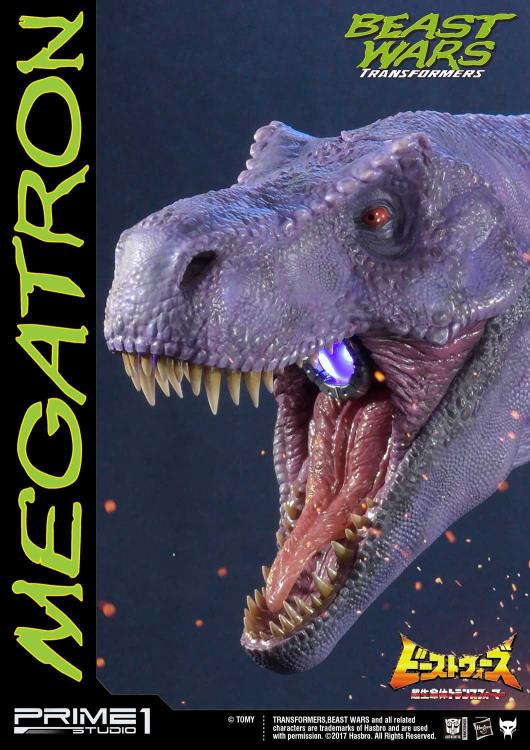 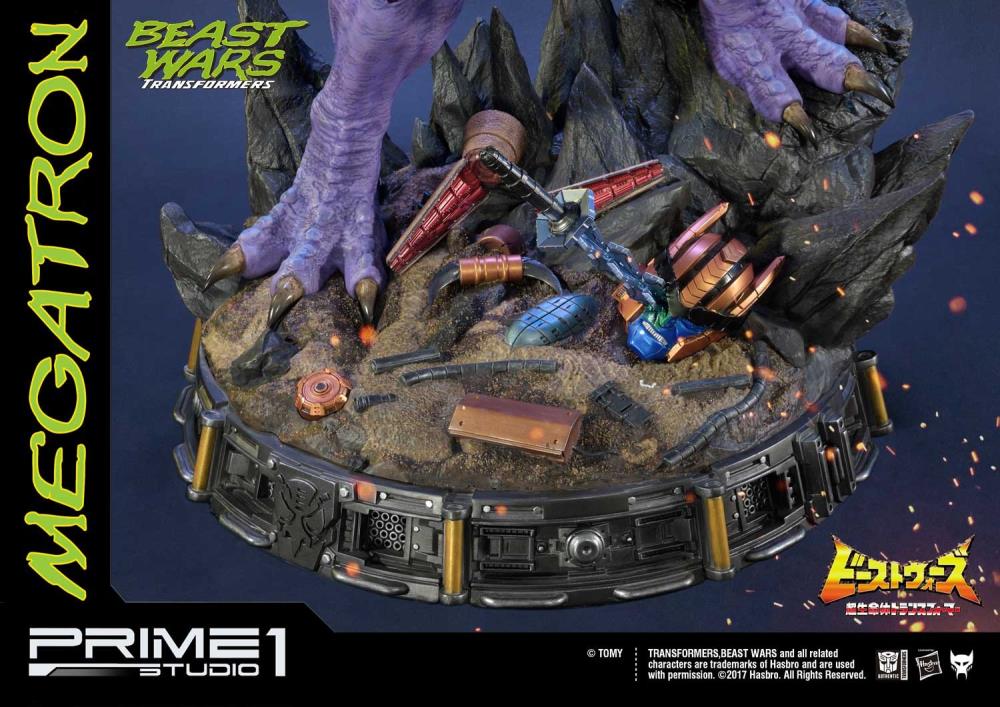 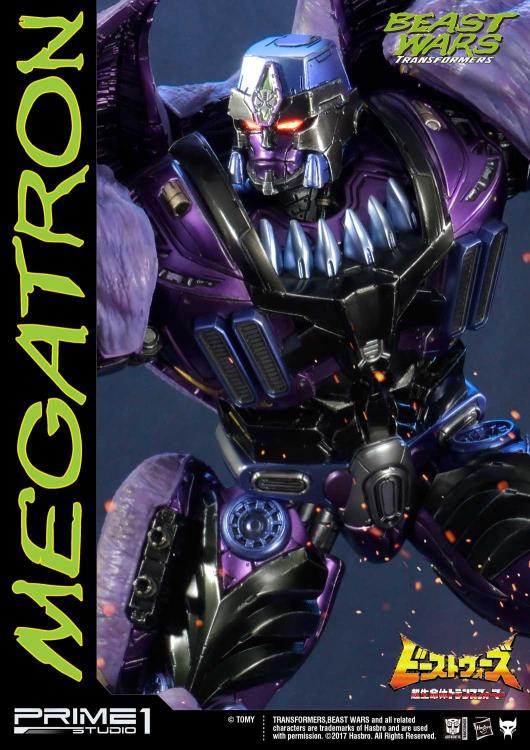 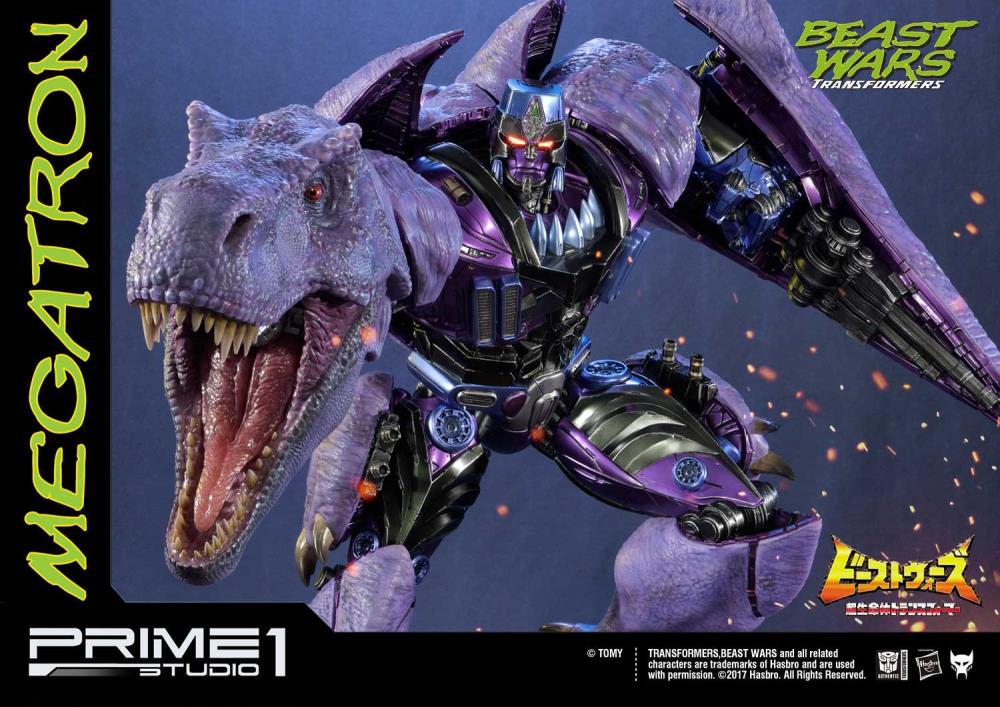 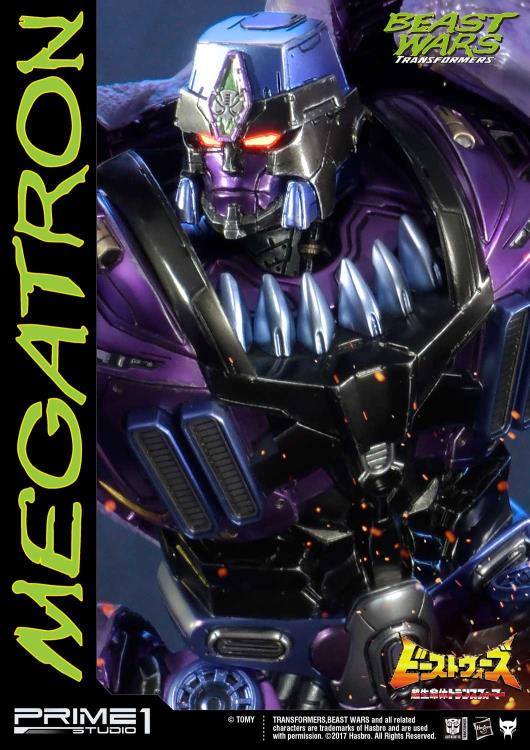 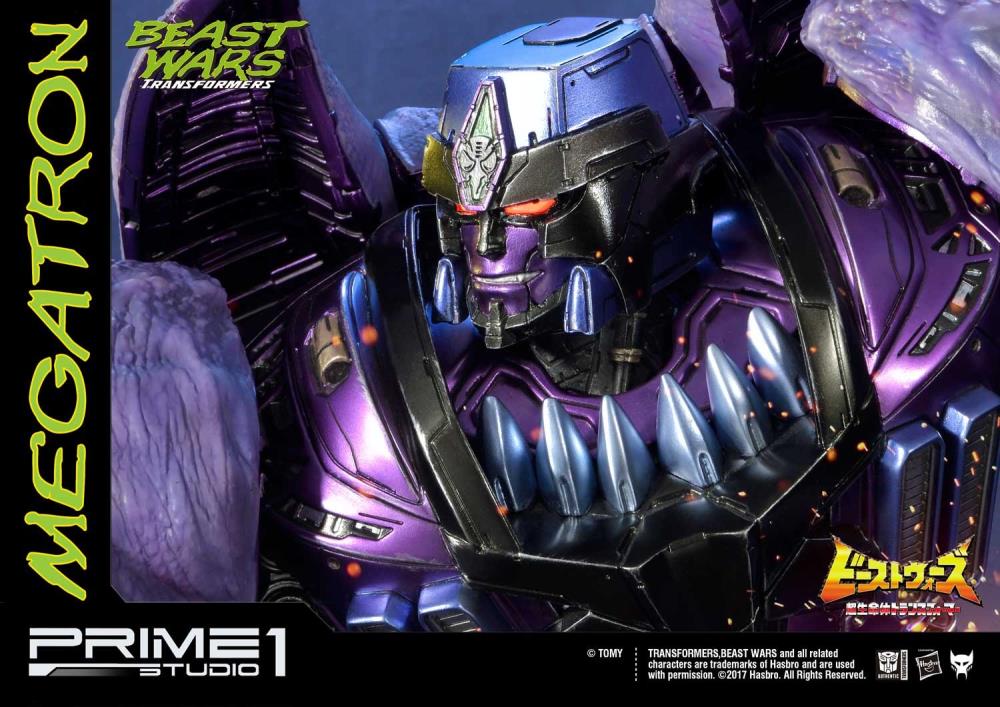