Gamora was created in the comics by Jim Starlin in 1975 and is played by Zoe Saldana in the Marvel Cinematic Universe.

In Guardians of the Galaxy (2014) she appeared as an assassin in the service of the terrorist Kree called Ronan, the Accuser, that works in partnership with Thanos. She was adopted as a child by Thanos, who was also responsible for the death of her family.

In Avengers: Infinity War, Gamora confronts her past to save the Universe. 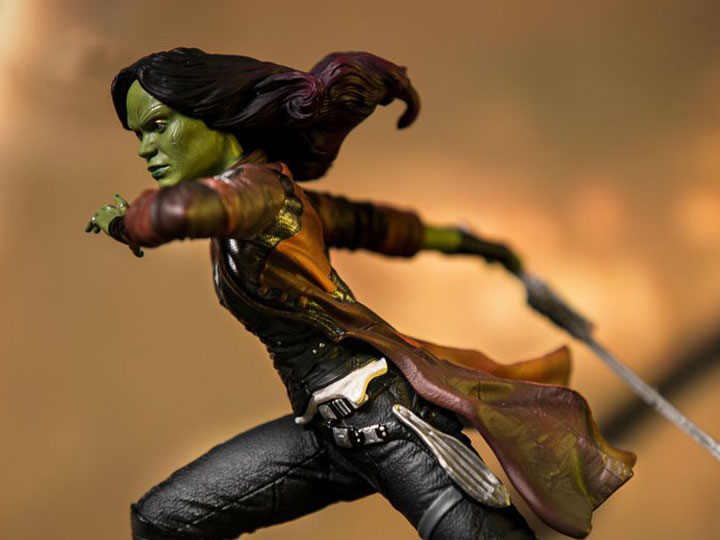 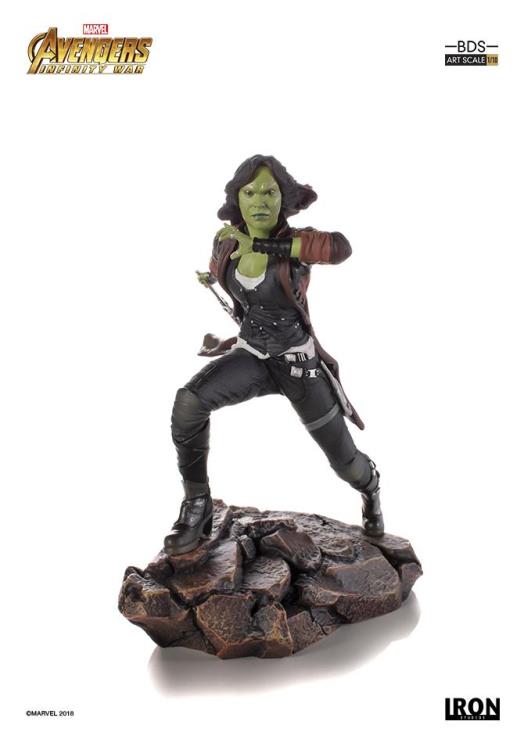 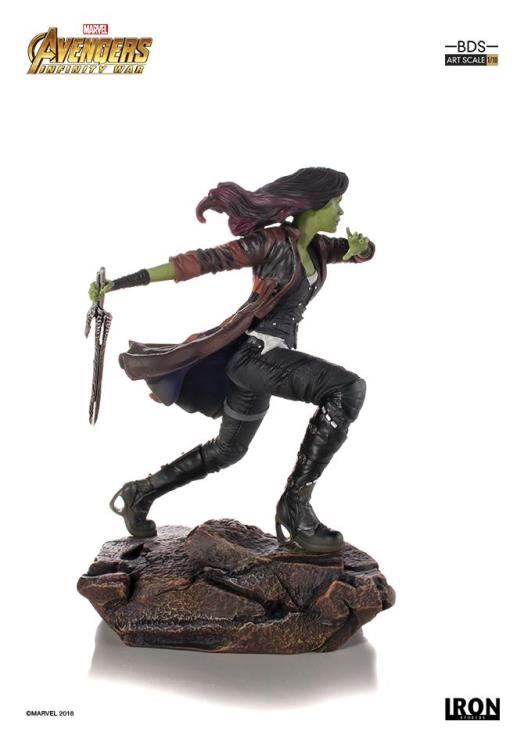 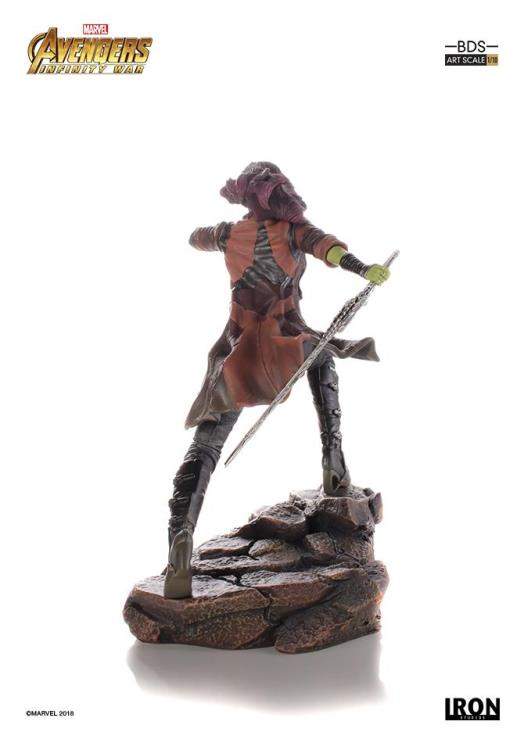 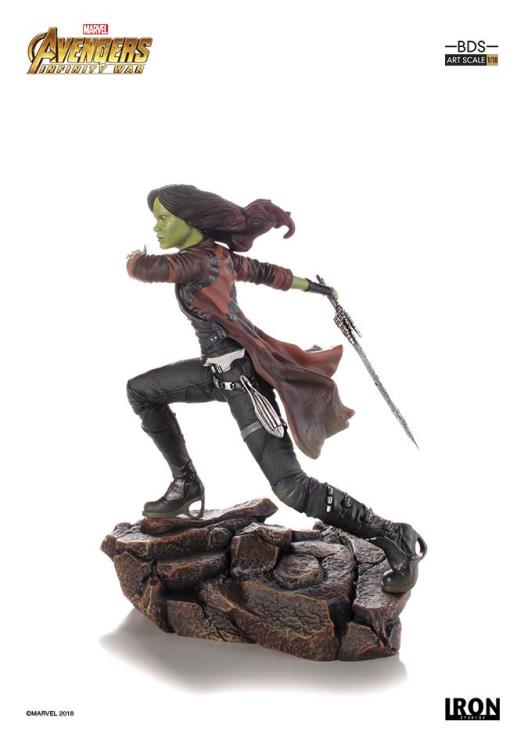 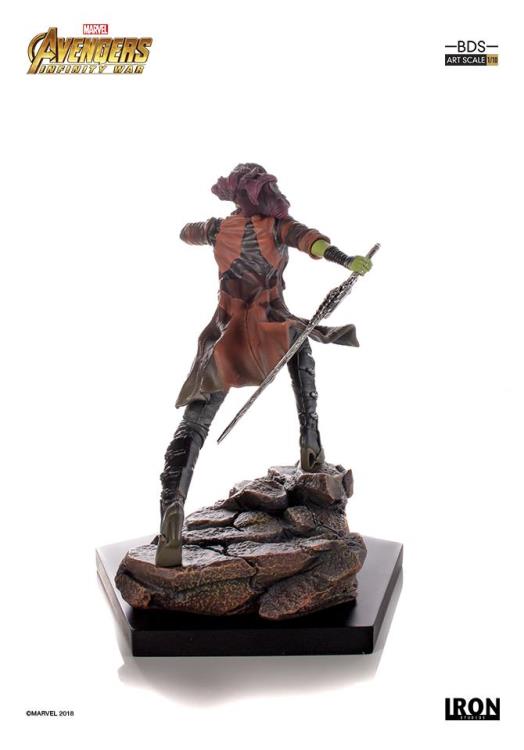 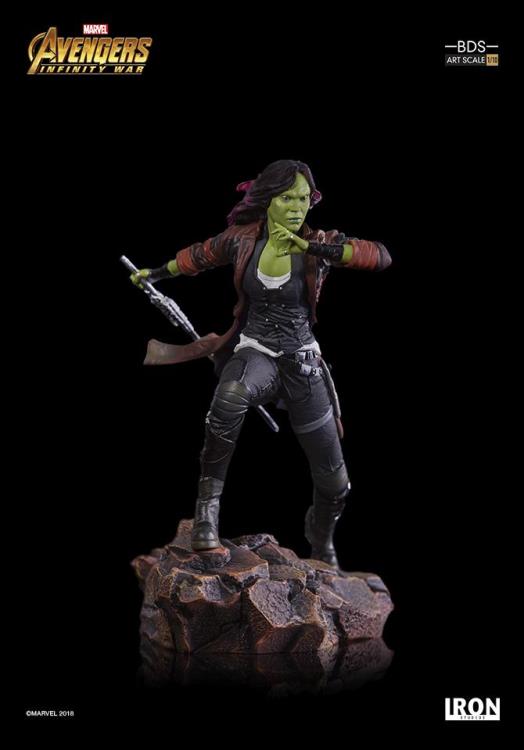 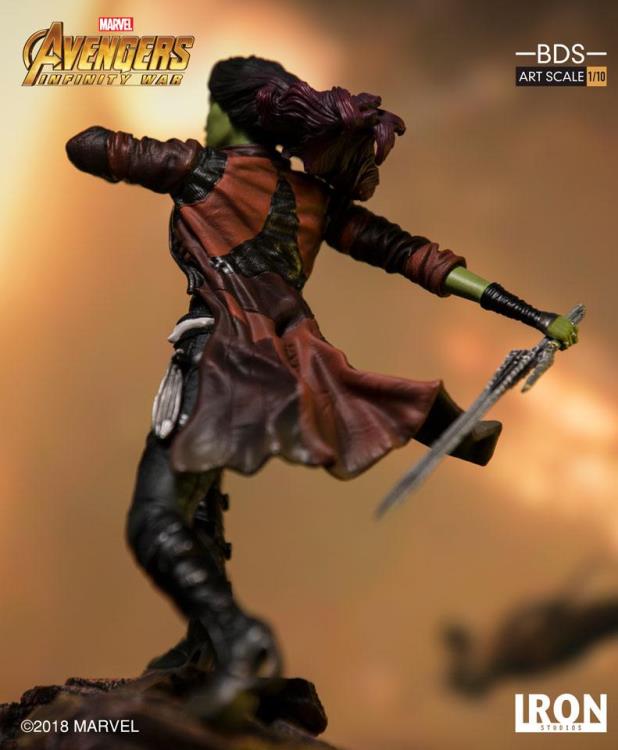 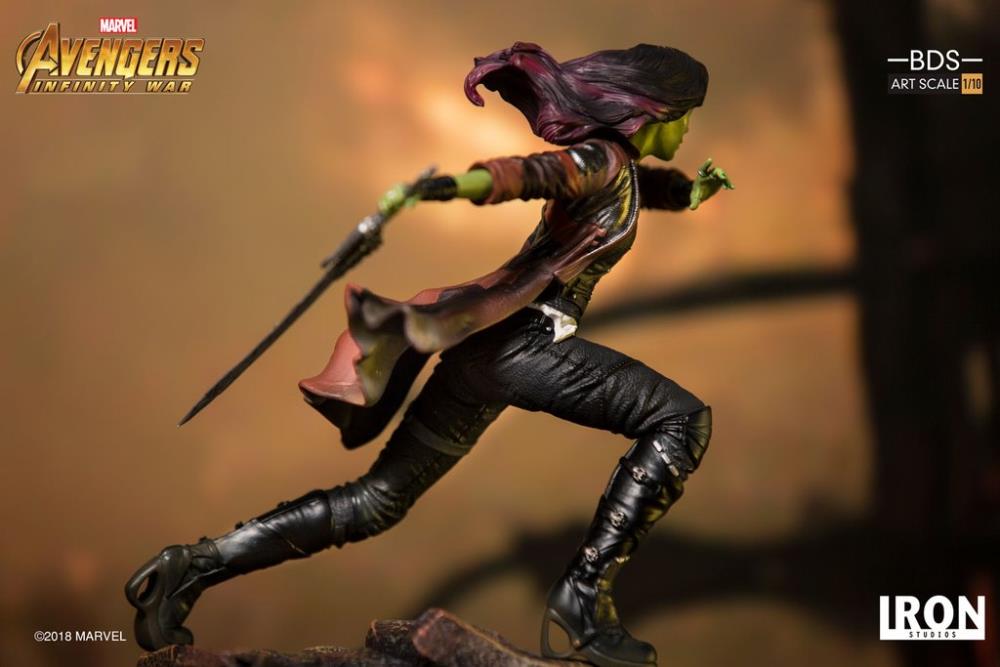 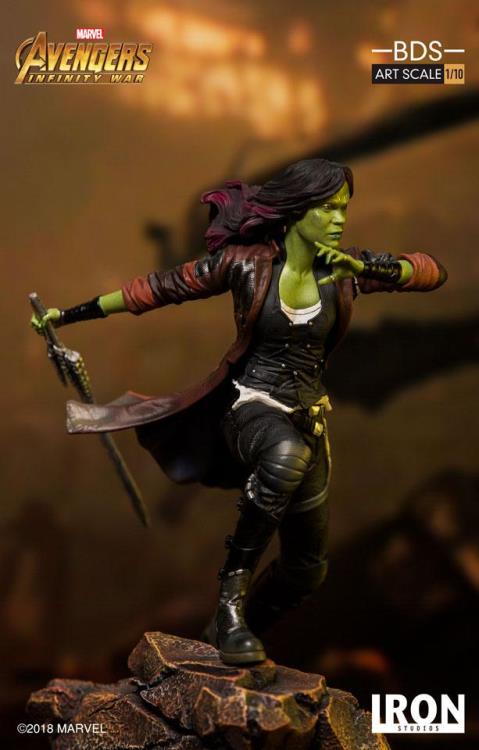 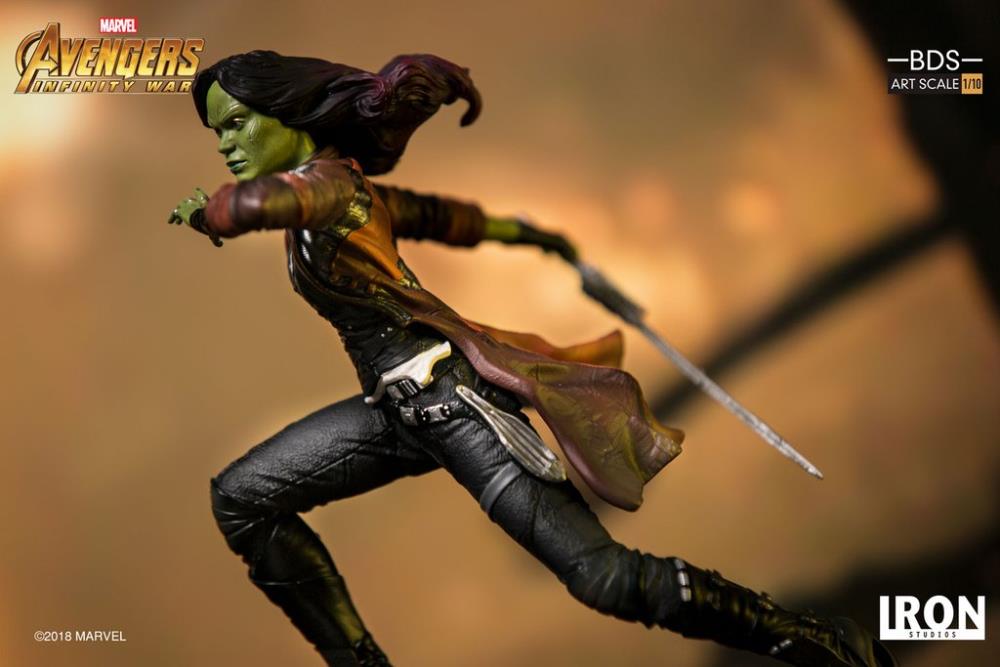 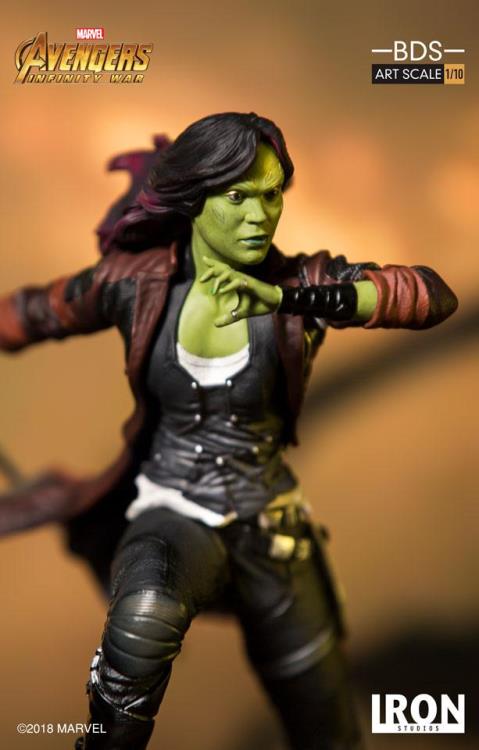 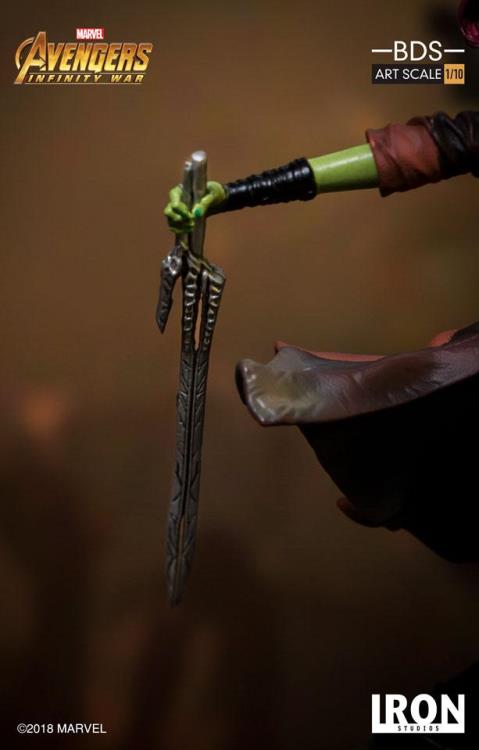